Fabulous Facts About The Homes Of The Rich And Famous

Fabulous Facts About The Homes Of The Rich And Famous

Whether you love them, or love to hate them, the world’s richest multimillionaires have some pretty fantastic homes. So read on (or hate read) this list of expensive oddities in famous people’s houses.

Homes of the Rich and Famous Facts

How does one of the world’s most powerful vocalists relax in between gigs in Las Vegas? By cruising down her own personal water slide of course! Celine Dion’s water slide comes with a double-decker gazebo structure and spiral slide construction, and is only one part of a complex of watery wonders on the property.

Lady Gaga is covered when anyone’s dad comes to visit: she has a bowling alley and bocce ball court!

Even if you can’t have a drink with Kim Kardashian-West, you might soon be able to have a glass of her wine: her and Kanye’s Hidden Hills mansion came with its very own vineyard.

John Travolta’s Florida home is also an airport. An actual, functional airport, with planes that fly. That is all.

Miley Cyrus has a $25,000 tipi in her backyard. Is it less problematic if it’s only for your own personal glamping use?

Neil Patrick Harris’s love of magic and secret doors led him to build a hidden room in his house to store his collection of antique magic tricks and props. The secret door can only be opened by pressing a hidden button in a poster on one of his walls.

14. Princess in the Tower

Christie Brinkley’s former Hamptons mansion has a 50-ft observation tower where you can watch out for the incoming… paparazzi?

Chris Meloni of Law and Order: Special Victims Unit recently moved into a classic Hollywood home that housed the former TV family of Ozzie and Harriet Nelson. The house is rumored to be haunted by Ozzie Nelson, who died there in 1975. Former occupants reported locked drawers and doors opening on their own, a rosy perfume wafting through the air, and, most creepily, beds sheets flying off the beds while they slept.

Lil Wayne’s former Miami home is the perfect place to take it easy: it’s located on a private island with amazing views of the bay. That is, unless you’re scared of sharks—the home also boasts an aquarium for these carnivorous predators.

Motorhead’s late frontman, Lemmy, lived out his life in a less-than-impressive apartment on the Sunset Strip. While not that interesting in itself, what is notable is that this apartment is where he kept his collection of Nazi memorabilia, which is worth around $10,000 and used to hang on every nook and cranny of his small abode. Lemmy said he always liked a “good uniform, and throughout history, it’s always been the bad guy who dressed the best.”

It’s common knowledge that Hugh Hefner loved his bunnies, but he loved his exotic animals too. The Playboy Mansion was actually licensed as a zoo to allow Hefner to keep all varieties of pets. Many of his animals are buried in the mansion’s very own pet cemetery, which is now the eternal home of many dogs, monkeys, and birds.

It’s probably not surprising that the artist behind the monster from the film Alien lived in a house of literal horrors. Throughout his career, H.R. Giger collected the props he designed from the sci-fi and horror movies he worked on, including many of the Alien movies, Jodorowsky’s infamous Dune, and Poltergeist II: The Other Side, and used them as decoration around his home. The house even featured a train ride through his backyard of wayward wonders.

Another famous celebrity house that had its own train is Micheal Jackson’s infamous Neverland Ranch—in fact, it had two railroads and a train named “Katherine” after Jackson’s mother. The Neverland ranch also had an amusement park that was fully equipped with a Ferris wheel, roller coasters, and many other rides. Since Jackson’s death, the rides have been removed and replaced with a zen garden.

A vitamin C-infused shower, Circadian lighting, aromatherapy, and responsive floors are among the many unique amenities in Leonardo DiCaprio’s eco-friendly New York apartment. Hey, you’ve got to take care of yourself before you can take care of the planet.

6. Every Breath You Take

Sean “Puff Daddy” (or whatever he’s calling himself these days) Combs has a luxurious mansion in LA that comes with its own steam room, salon, and underwater tunnel connecting a grotto and a pool. No biggie.

5. YOLO in This House

Drake’s home—affectionately referred to as YOLO estate—seems like a pretty good place to party: it has an 80-ft water slide, an Olympic sized pool, and a mechanical bull. For the utmost discretion, there’s also a hidden door to Drake’s bedroom.

The wife of John Coltrane and renowned jazz musician in her own right, Alice Coltrane founded an ashram after her husband’s death. The Sai Anantam Ashram is located on 47 acres in the Santa Monica mountains and houses the Vedantic Center for the study of Vedic, Buddhist, and Islamic scriptures, as well as a vast swath of untouched nature that is home to owls, hawks, deer, and trout.

3. Get Thee to a Nunnery

Jared Leto’s Laurel Canyon mansion is a former US air force station with an explosive history. It was used to to house a secret film unit, established in 1947, tasked with filming nuclear bomb tests. Over 250 directors worked for the unit, and many ended up dying of cancer after their work exposed them to high amounts of radiation.

There are a lot weird facts about Elvis Presley’s famous home, Graceland, but perhaps the eeriest is that Elvis has not “left the building.” His body, after being subject to attempted theft, was laid to rest eternally in Graceland’s Meditation Garden. 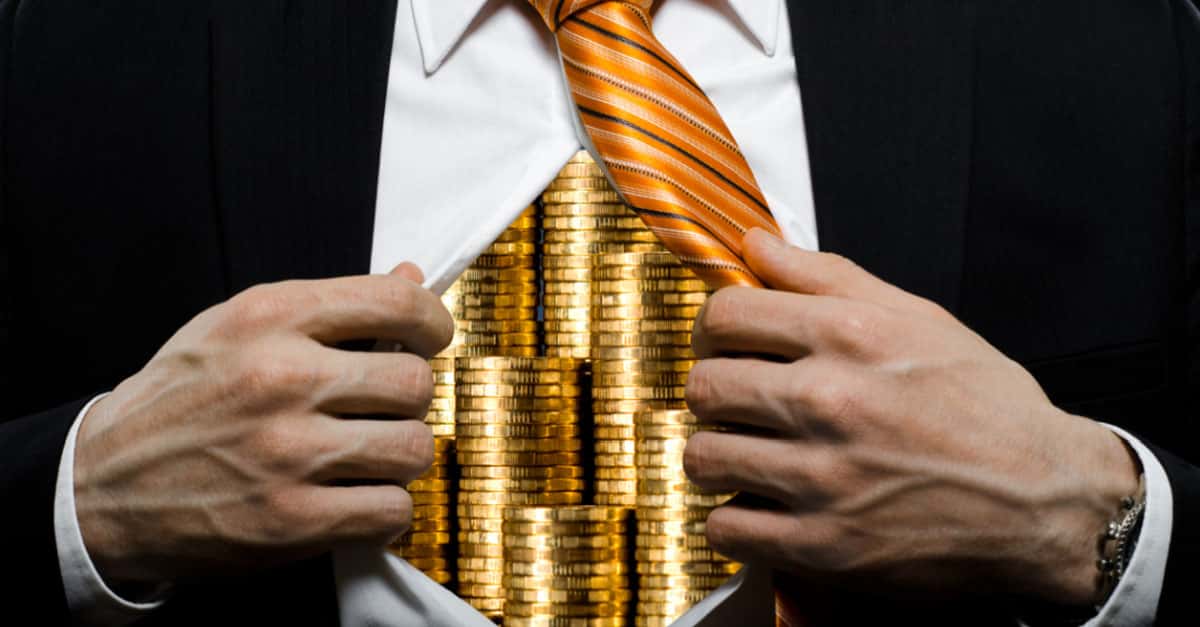 44 Luxurious Facts About The Toys Of The Rich And Famous

44 Luxurious Facts About The Toys Of The Rich And Famous