Love them or hate them, sitcoms will always be a significant staple of pop culture. The golden days of the sitcom remind many people of a time when it was impossible to binge watch their favorite show, and they instead had to sit in anticipation for the next week’s offering. Even though the medium of their delivery may change, their impact will always last. As new sitcoms seek to make their mark, let’s take a look at some of fascinating facts about some of the most iconic sitcoms to ever grace television.

1. Making “Progress” With This First Across the Pond

While most of us can think of our favorite sitcom, many of us probably have no idea how it all got started. The sitcom reaches all the way back to 1946 with the airing of Pinwright’s Progress, a show that aired on BBC in the UK. It told the story of J. Pinwright, the owner of a tiny shop.

2. A New “Frontier” For American Television

The United States was not too far behind when it came to developing sitcoms. Mary Kay and Johnny, a show that told the story of a pair of New York-based newlyweds, premiered in 1947.

The first sitcom to feature an African American in a recurring role was The Laytons. Because of its premiere in 1948, not much is known about it today outside of this milestone.

4. One of the First Sitcom Juggernauts

I Love Lucy is one of the most famous sitcoms of all times. However, what many don’t know is that episodes were filmed from start to finish non-stop. Because of this, episodes rarely ever needed to be re-taped. I Love Lucy is also the first show to end at number one.

One of the most popular shows of the early 1970s was All in The Family. The show handled a lot of controversial and sensitive topics for the time. In only the show’s fifth episode, All in The Family became the first sitcom to feature a gay character.

6. The Golden Era of the Spinoff

Many of the most popular sitcoms of the 1970s and 80s were spinoffs. Happy Days, Laverne and Shirley, The Andy Griffith Show, Gomer Pyle, U.S.M.C., Diagnosis Murder, Maude, The Jeffersons, Good Times, and Empty Nests all came from the concepts of other shows.

7. One of The Largest “Farewells” in History

The sitcoms of years past held such a poignant place in our lives that their finales nearly made the world stop. Many have caused audiences to pause in front of their televisions to watch their send-offs, but only one broke the 100 million viewer mark. The show, M*A*S*H., had the most watched finale of all time at 105.9 million.

On the iconic sitcom Seinfeld, Jerry Seinfeld was such a fan of the hero Superman, that he included a reference to the character in every episode of the show.

If the theme songs of early 90s sitcoms sounded a bit familiar, that’s because the same two composers created a bunch of them. Jessee Frederick and Bennett Salvay developed the theme songs for Family Matters, Full House, Step-by-Step, and Perfect Strangers.

10. A Star Character Owes His Existence to Culture Shock

Perfect Strangers was created as a response to the 1984 Olympics. Producers for the show saw international athletes trying to navigate life in Los Angeles during the event, and wanted to explore this concept in a show—and there was a connection to another popular sitcom of the era. A woman named Mrs. Harriett Winslow was the elevator operator at the apartment the two main characters shared.

Who is Mrs. Winslow? The matriarch of the Winslow family featured in Family Matters, of course.

11. This Star Contributed More Than Acting Skills to Frasier

Daryl Phinnessee and Bruce Miller composed the title song of Frasier, “Tossed Salad and Scrambled Eggs.” But of course, when you hear the song, you’ll recognize that none other than Kelsey Grammar himself performs it. Producers didn’t want Phinnessee to explicitly mention anything about mental health in the song, so the strange food combination in the lyrics represents the variety of patients that the character of Frasier speaks to throughout the series.

12. Everyone Wasn’t “Present” in This Important Full House Episode

No one know what the original iteration of their favorite sitcoms once looked like, and Full House is no exception. Everyone has come to know and love Bob Saget’s empathetic and compassionate portrayal as Danny Tanner. However, he was not the first actor in the role. Actor, John Posey was the first to star as Danny Tanner. The pilot was reshot with Saget after he exited from CBS’ The Morning Program.

Even if one was not around during the original airings of The Fresh Prince of Bel Air, it is likely they remember the iconic “Carlton Dance.” Whenever “It’s Not Unusual” by Tom Jones made its way over the speakers, Carlton busted out his moves. While the song is an inspiration for the dance, Alfonso Ribeiro developed his signature dance as a parody of Courtney Cox’s moves in Bruce Springsteen’s video “Dancing in The Dark.”

During the first season of Friends, each actor and actress made $22,000 an episode. The second season saw a $20,000 increase in Jennifer Aniston and David Schwimmer’s salaries. It could’ve driven the cast apart, but instead, they came up with an ingenious plan. Once the third season came around, the cast went into salary negotiations together, and each received one million dollars an episode.

From then on, the cast members would conduct salary negotiations in unison.

When Friends debuted, many shows were doing away with theme songs. However, when “I’ll Be There For You,” went number one on the Billboard charts, the trend was totally reversed.

16. “The Show About Nothing’s” True Premise

While Seinfeld is the “the show about nothing,” it also had another theme that coincided with this one. Larry David, creator, and writer instituted a “no hugging, no learning” policy. The characters were not supposed to infuse any sentimental meaning into scenes or learn from their mistakes.

Steven Spielberg was at the helm of directing Schindler’s List, an epic but solemn film. To ward off feelings of depression, Spielberg watched episodes of Seinfeld.

The Office does an excellent job of poking fun at the life of the average office worker. One of the hallmarks of the office work experience is sitting at a desk in front of a computer all day. All the computers on the set connected to the internet to add a dose of realism to the show. So, actors and actresses in the background of the series are actually on their computers surfing the web and checking email.

19. Community Is Truer Than You Think

Community might be one of the most nonsensical and eccentric sitcoms on this list. However, according to creator Dan Harmon, Community is actually based on actual events. The show tells the story of Harmon’s real experiences at a community college. He encountered many individuals that the show is based on while trying to reconcile with his girlfriend during his time in college.

20. These Guys and Gals Really Committed

From its first episode, The Big Bang Theory has been one of the most popular shows on television. One of the reasons why is because the cast commits to their characters. One example of this is that every character learned how to play instruments for the show. Amy plays the harp, Sheldon plays the theremin and recorder, Leonard plays the cello, and Howard is an actual professional piano player.

While most of the cast is shown as well-educated, only one person ascended to the highest ranks of graduate school. Mayim Bialik who plays Sheldon’s girlfriend, Amy, attained a PhD of Neuroscience in 2008.

22. An Acting Role Deserving of the Highest Honor

No one can deny how well Nolan Gould, who plays Luke Dunphy on Modern Family, acts as if he is not as intelligent as those around him. However, his real-life does not mirror this role. Gould has been a member of Mensa, the largest high IQ society in the world, since he was four.

23. Who Is Behind the Camera on Modern Family?

Modern Family is shot as a mockumentary. As a result, many have wondered who the person is behind the camera. The original show description has the answer to this burning question. The show is shot by a Swedish director who was a former exchange student in Phil Dunphy’s home. His goal is to show the life of the “typical” American family.

Not many shows have made it to the 300-episode mark. There are only three shows that have approached this milestone: The Danny Thomas Show, My Three Sons, and The Adventures of Ozzie and Harriet which is also the longest-running live-action American sitcom of all time at 435 episodes. If animated sitcoms are considered, The Simpsons definitely wins out, at over 600 episodes. 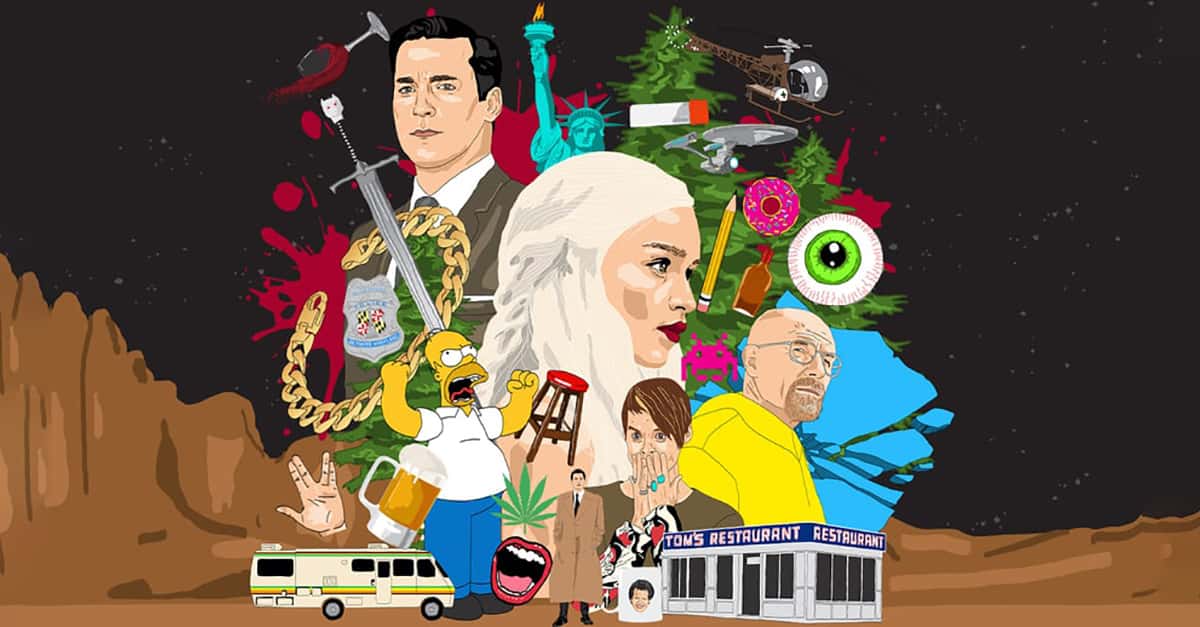