Ron Perlman first brought Hellboy to the big screen in 2004. The big red demon returned in 2019 with David Harbour—best known as Jim Hopper on Stranger Things—taking over the role in a reboot of the series. Although Hellboy may not be as popular as other comic book properties, he’s been around since 1993 and it looks like he’ll be sticking around. Here are 24 demonic facts about Hellboy.

Hellboy is the brainchild of Dark Horse Comics, a company whose properties include The Mask, Sin City, and The Umbrella Academy. Founder Mike Richardson has described his vision for the company as it being a place where you go to “when you were tired of superheroes.” While Dark Horse still has superheroes, they have a wider variety of content and recently partnered with Chinese-based Vanguard Visionaries, who will give them more funding and creative freedom to pursue streaming projects and films like Hellboy.

Many fans sorely miss Guillermo Del Toro, who directed the first two Hellboy films. However, creator Mike Mignola has acknowledged that the new director, Neill Marshall, is following the comics more closely. Writers based 2004’s Hellboy on the “Seed of Destruction” arc, while The Golden Army was more of an original story. In contrast, writers for 2019’s Hellboy pulled directly from “Darkness Calls,” “The Wild Hunt,” and “The Storm and The Fury.”

Mike Mignola, a comic book inker (the person who finalizes drawings), initially created Hellboy as part of a 1993 convention sketch. The character then appeared of the Italian comic, Dime Press, before appearing in a story Mignola did with John Bryne. Mignola later decided he wanted the character to have its own series and initially pitched the idea to DC comics. However, DC was wary of a character with the name Hellboy.

When DC passed on Hellboy, it was actually Image Comics (Spawn, The Walking Dead) that motivated Mignola to join Dark Horse. Image was formed by several Marvel artists, who left the company in order to create their own characters and retain ownership of those characters. These “creator-owned comics” didn’t have to give up rights to the company that produced them. Mignola then decided to give Dark Horse a try.

In 2004’s Hellboy, the character John Myers is presented with a Hellboy comic. The comic is a fake, and Mignola drew the front cover of it.

One detail that many comic book readers may not notice is that Hellboy has hooves instead of feet. Hellboy’s long trench coat typically hides this feature. For 2004’s film, director Del Toro believed regular feet were a safer option for stunts. Perlman’s Hellboy wore boots for most shots, and so did Harbour’s. A set visit by Collider confirms that 2019’s Hellboy will have cloven feet. However, boots will conceal them for most shots.

Perlman and Harbour both took their physical training seriously. Perlman’s routine involved three hours of training a day, five days a week. David Harbour worked with a personal trainer for three months to get rid of his dad bod (his words). Harbour also practiced his choreography with added weight, in order to mimic the weight of the prosthetics.

Hellboy II: The Golden Army blessed us with one scene of a pre-adolescent Hellboy. 36-year-old Montse Ribe actually played the character. The actress is better known for her makeup work, which includes credits on other Del Toro films like Pan’s Labyrinth.

2019’s Hellboy is the first R-rated film for the character. Previously, Del Toro went out of his way to avoid the R-rating, and found ways to film action scenes without them getting too bloody. A scene from the first film, where Hellboy beats a monster with a payphone (which results in coins flying) was conjured up as a way of having the coins stand in for blood.

Del Toro viewed Hellboy as a dream project, which is why he passed over three other projects in favor of it. We could have had a Del-Toro directed Blade: Trinity, Harry Potter and the Prisoner of Azkaban, or AVP: Alien vs. Predator.

A non-canon miniseries, Hellboy Junior follows widdle Hellboy during his youth. The two issues feature events such as Hellboy growing his own magic mushrooms and going on a trip with a beetle named Brad.

Hellboy is known for filing his horns down to the stubs we saw in the first two films. The filing represents Hellboy’s desire to blend in (relatively) and disown his demonic heritage. However, the trailer and other marketing material for the 2019 film showed Hellboy packing two fully-grown horns.

The 2019 film is directed by Neill Marshall, who is probably best known for directing 2010’s The Descent. However, Game of Thrones fans might know him better for directing the acclaimed episode, “Blackwater.”

As depicted in the first film, the sorcerer Rasputin summons Hellboy to Earth in 1944, on behalf of German soldiers who want to turn the tide of the war. However, Hellboy was actually born on October 5, 1617. The dark witch Sarah Hughes, a consort of the Duke of the Underworld Azzael, performed one last act of witchcraft in her dying moments. Hellboy was then born from her ashes.

If you take a look under King Arthur’s family tree, you’ll find Hellboy perched somewhere on it. His mother was related to King Arthur’s son, Sir Mordred. Mordred’s sons were executed but his daughter survived and gave birth to Sarah, who then give birth to Hellboy’s mother…you see where I’m going with this. Hellboy is the rightful King of England. In the comics, Hellboy wields Excalibur and uses it to command an undead army.

Hellboy has been kicking around for a long time, but his human-demon genes ensure that he ages quite slowly. However, Hellboy also reached the peak of maturation faster than a regular human. By the time he looked like a grown man, he was only ten years old.

Aside from fully-grown horns, Hellboy’s true demon form also includes wings and the ability to control hellfire and summon lightning. We have yet to see this form on film and Hellboy rarely uses it in the comics, tying into his fear of fully embracing his demonic origin.

Hellboy’s demonic origins gifted him with the innate ability to understand and speak a number of ancient and magical languages. Other powers also include an enhanced healing factor (not as fast as Deadpool’s or Wolverines), super strength, invulnerability to lightning and fire, and (rarely seen) size-shifting.

Hellboy is the name given to our hero by Professor Trevor “Broom” Bruttenholm, the man who adopted Hellboy after he was summoned to earth. Hellboy’s real name is Anung Un Rama, “and upon his brow is set a crown of flame.” The crown refers to Hellboy’s full demon form, which includes a fire crown like the one seen in the first Hellboy (2019) trailer.

Del Toro’s films gained a cult following, but the box office numbers for Hellboy II didn’t get studio executives too excited, which is part of the reason a third film never panned out. Another issue was Del Toro’s schedule, which included two years of work on The Hobbit, before departing due to delays. Del Toro also pursued an adaptation of H.P. Lovecraft’s At the Mountains of Madness that didn’t pan out.

Del Toro then did Pacific Rim before turning his attention back to a Hellboy sequel.

In 2017, Ron Perlman was still game for another sequel. Del Toro also posted a Twitter poll in 2017, saying 100,000 votes would lead to a meeting with Mignola and Perlman to discuss another film. The tweet got its 100,000 votes, but Del Toro confirmed one month later that he wouldn’t be doing another Hellboy film.

Mike Mignola’s wife was the first person to suggest David Harbour for the role of Hellboy. While the two were watching Stranger Things, she made the suggestion “the minute David popped up on screen.” Mignola agreed but never told anyone else about his fan casting. Two weeks later, he got a call from producers, who suggested Harbour for the role.

When asked about the idea of a shared universe with Hellboy and other properties, Mignola has said he views Hellboy as too odd for a larger audience. Then again, he also views the success of The Umbrella Academy’s Netflix adaptation as a sign that there may be a market for it. 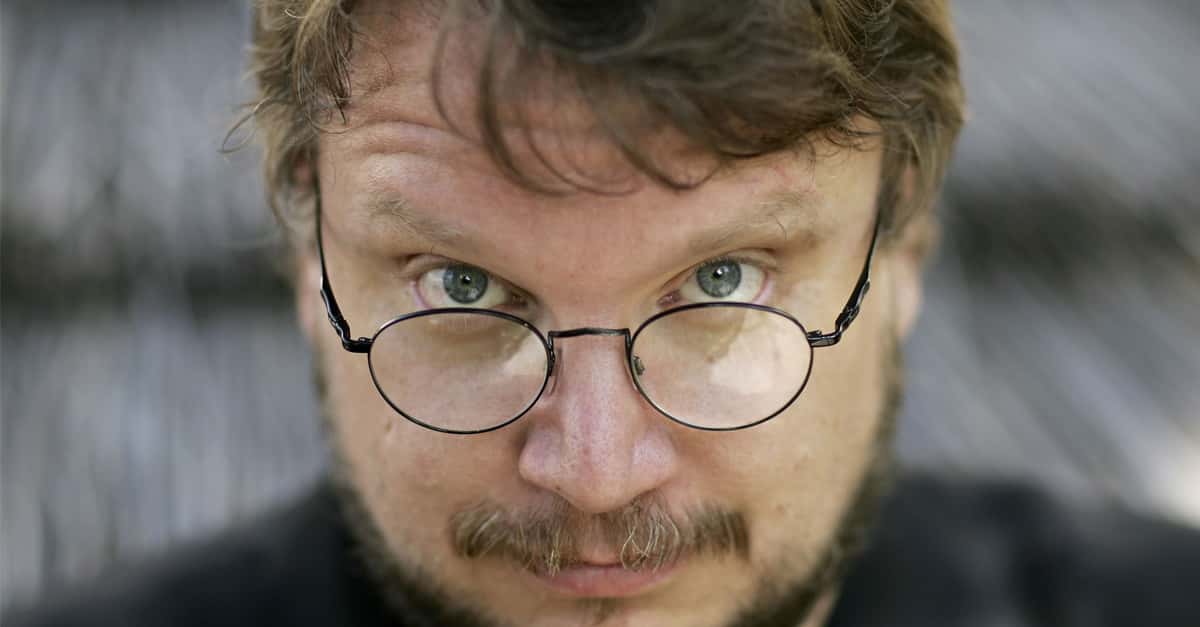