42 Deathly Facts About The Walking Dead

42 Deathly Facts About The Walking Dead

The Walking Dead is one of TV’s most successful shows right now. Based on the graphic novel of the same name, The Walking Dead follows survivors of a zombie apocalypse in their struggle to rebuild.

Here are 42 ghastly facts about The Walking Dead.

You can buy Daryl’s crossbow at Walmart. It’s called the Horton Scout HD 125 and retails for about $300.

The executives over at HBO passed on The Walking Dead because it was “too violent.” We all know violence has no home at HBO.

Norman Reedus, the actor who plays Daryl, originally auditioned for the role of Merle, Daryl’s brother.

When Dale died, the guts that the zombies tore and clawed at were made of chicken breast. Looks like Dale was chicken after all.

When filming, the zombies are completely silent. All the zombie noises are added in post production. Makes sense, really.

When walkers are seen eating flesh, they’re often eating ham that’s been soaked in vinegar. That doesn’t sound appetizing, even for a zombie.

Daryl’s character doesn’t exist in the comic books. Neither does his brother Merle, or Sasha. They were all added when the show was being written for TV.

When Daryl finds a bag of drugs, there’s a bag of blue meth in it. This is a nod to another successful AMC show, Breaking Bad. Glen’s car in the first season is also a nod to Breaking Bad.

When they filmed Michonne’s introduction, the actor that plays her, Danai Gurira hadn’t been cast yet. That’s why she’s a hooded figure initially.

During the first four seasons of the show, no one says the word zombie, though they do say walkers a lot. Other names the zombies are often referred to are biters, and herds for larger groups.

In the comics,  Rick Grimes doesn’t shoot Sophia (he shoots her in the show, after she turned into a walker, of course). In fact, Glen and Maggie adopt Sophia in the comics.

In the comics, Andrea is still alive, and is actually Rick Grimes’ lover.

Michonne’s armless zombies were made with green screen gloves. Looks like technology and film making goes hand in hand.

Carol’s husband is never mentioned in the comics. Why the show decided to include him for as a brief a time as they did is beyond us. It’s OK, he’s in a better place now.

In the comics, Rick Grimes’ hand gets cut off early on. The show decided let Rick keep both hands because it would cost too much in CGI money, and limit the amount of action Rick could take part in.

Over the course of the show, the zombies have gotten grayer and more decomposed to show the passage of time.

Andrew Lincoln, the actor who plays Rick Grimes, is actually British. Also, everyone on set calls him Andy. How cute for a show that was too violent for HBO.

Andrew Lincoln isn’t the only British actor on the show. Lauren Cohan and David Morrissey, the actors who play Maggie and The Governor respectively, are also both British. Who wants to ask The Governor if he fancies a cuppa tea?

The walkers are instructed to act like they’re leaving the bar at 2 a.m. We knew that stumbling and grumbling looked and sounded familiar…

Walkers don’t blink, and the actors are told to try their best to not blink. Any blinking caught on film is removed in post production.

The show uses a lot (and we mean A LOT) of green and blue screens, which are used to fill in details with CGI technology. Greens are used when blues are present elsewhere in the shot, and vice versa.

The crew was originally supposed to find refuge in a school instead of a Prison. Show runners decided on a prison because two schools were used as sets for the previous season. See, no one likes schools.

The cast of The Walking Dead is really into selfies. Throughout the series, they took tons of goofy selfies and posted them online… sometimes resulting in a few spoilers.

All the principal actors on the show have a last supper the day they are set to film their death scenes. What a fun and morbid way of saying goodbye.

Norman Reedus, the actor who plays Daryl has had quite an illustrious career as a model, and has appeared in many music videos for artists like Bjork, Radiohead, and even Lady Gaga. He’s not just pretty, he’s pretty famous.

During lunch breaks on set, the zombies will sit with zombies, while the survivors will eat with other survivors. Sounds like undead segregation to us. #EqualityForZombies

The Governor’s stash of 24 heads was dyed yellow using coffee and tea to make them appear creepy. Because heads in fish tanks aren’t already creepy, got it.

The actor that plays Tara is the real life sister of Francis from Malcom In The Middle. Showbiz runs in the family, it appears.

In season 4, Lizzie tries to feed a dead mouse to a walker. The effects crew made the mouse out of mostly gelatin and grape jelly. Must have been delicious, even though it looked gross.

The one-eyed dog that sets off Daryl’s noise traps was selected because he had the perfect look for an apocalypse survivor. In reality, the dog lost his eye saving his owner from a carjacker. They really are a man’s best friend.

When Michael Rooker, the actor who played Merle was shooting from the top of the building in the second episode of the first season, a real S.W.A.T. team was called in. They very quickly cleared up the misunderstanding. Good thing too, or they’d have to write Merle out of the show a lot sooner.

Frank Darabont wrote and directed the pilot episode, and stayed on as the executive producer but left after season 1 due to budget constraints. Frank is known for some of the most successful Stephen King film adaptations, including The Mist, The Green Mile, and The Shawshank Redemption.

Due to the success of the show, a spin off has been developed called Fear The Walking Dead. The show is a prequel to The Walking Dead and is two seasons deep, with the third airing later this year, and a fourth season already ordered.

Jeffrey DeMunn, who played Dale, asked to be written off the show because his friend Frank Darabont’s departure. We hardly knew ye, Dale.

The show’s producer Gale Anne Hurd is super into saving the environment. The show has a strict recycling program, does all their administration through an app to reduce paper waste, and even has eco friendly bottled water on set. Way to go Gale!

The doctor who stayed at the CDC to try and save people was named after real-life scientist Edward Jenner who developed the smallpox vaccine back in the 1790s. Thanks Edward, for the vaccine and for influencing great works of fiction.

All fans of The Walking Dead know the blood-curdling effects of the zombie virus, but most people don’t realize the origin of the virus is actually finally hinted at in Fear The Walking Dead. The show opens with multiple shots of water. Specifically, the camera lingers on a jug of water beside Nick’s bed, shooting it from three different angles, They also take the time to show Nick drinking water, which has set Reditors ablaze with theories that it could be a water-based pathogen.

Other prevailing theories for the virus origin include the virus being started by aliens and (more likely in our opinion) the result of biological warfare gone wrong. We do know that everyone is infected with the virus.

Norman Reedus is really into mooning. He loves it so much, he even moons Andrew Lincoln when he’s doing his own stunts.

For Factaolics who want more zombie facts, check out this video examining if a zombie apocalypse could actually happen: 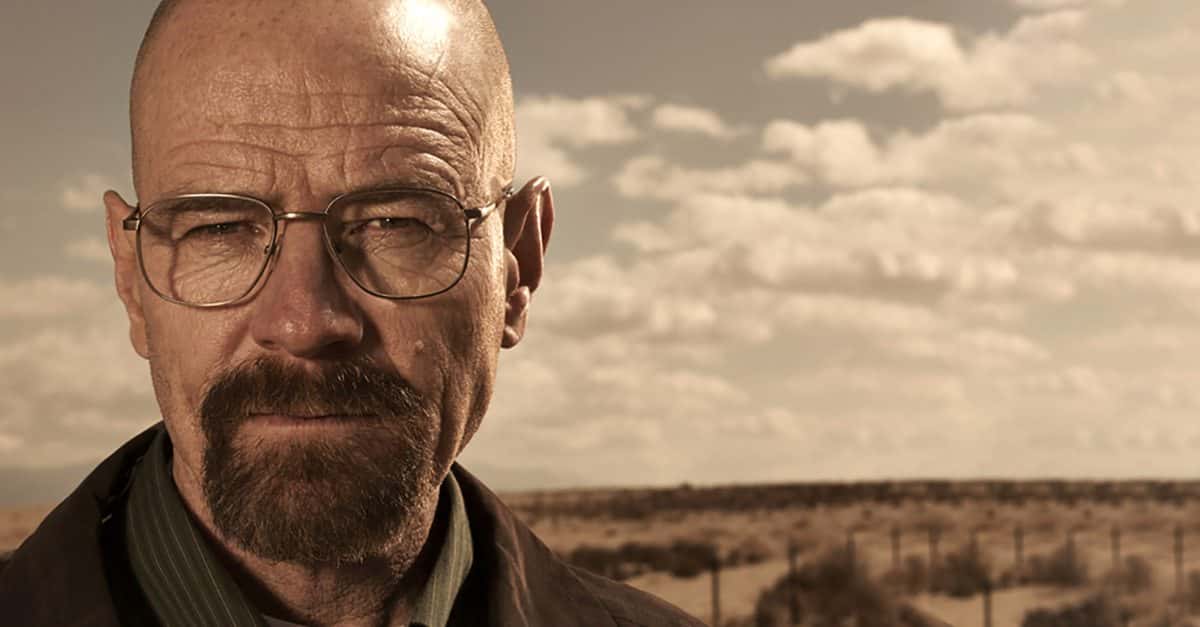