Whether you’re drinking it in your pyjamas out of a box on a Wednesday evening or dressed to the nines in Paris under a moonlit sky, a good wine suits and improves almost any occasion. Maybe you’ve always wanted to mingle with wine enthusiasts, or impress your snootiest friends, or maybe you just want to know a bit more about one of the oldest, merriest and most delicious alcoholic beverages in the world. These facts should do the trick.

The irrational fear of wine is known as “oenophobia.”

Ancient Romans highly valued the seasoning of wine, and believed that it was more important than the main flavor of wine itself. They often added fermented fish sauce, garlic, absinthe, and even lead to wine.

The Romans discovered that they could keep their empty wine vessels fresh and free from a vinegary smell by burning sulfur inside them.

Due to a natural chemical balance and the yeast that lives on the grape skin, grapes will ferment without the addition of sugars, acids, enzymes, water, or other nutrients. So, if you squeeze some grape juice into a jar and keep it a warm-ish, it’ll turn into wine all by itself.

In some places in Southeast Asia, you can ask for a glass of snake wine. This is a glass of rice-wine served with blood drained from a snake, sometimes killed right on the spot.

The classic dark green wine bottle was invented by an English scientist named Sir Kenelm Digby, who died in the mid-17th century. Before this, people kept wine in goat skin bags. Lovely.

Bubbles in wine have been observed since ancient Greece and were superstitiously attributed to evil spirits or the phases of the moon.

The average age of a French oak tree used to create wine barrels is 170 years.

The first known reference to a specific wine vintage was by Roman Historian Pliny the Elder. He called 121 BC a vintage “of the highest excellence.”

The signing of the Declaration Of Independence on July 4 was toasted with glasses of Madeira, a fortified Portuguese wine.

While the medical benefits offered by wine are certainly not negligible, drinking wine may also slightly increase the risk of contracting certain kinds of cancer, including breast cancer.

30. The Monks Knew Their Stuff

In the Middle Ages, the most innovative winemakers were in monastic orders. The Cistercians and Benedictines were particularly good, and it’s said that they actually tasted the earth to discover how the soil changed from place to place.

29. Wine Made The World Go Round, Sort of

Churches and monasteries depended on winemaking for much of their income, but they weren’t the only medieval institutions to do so; both hospitals and universities gained income from wine production too.

The Germans invented a type of wine that is made from frozen grapes: Eiswein, or ice wine. Ice wines are hard to make as ripe grapes must be given time to freeze on the vine which means they must be protected from hungry birds or bears.

Grapes in the Southern Hemisphere are picked during what is Spring in the Northern Hemisphere, which means that a 2010 Australian wine could actually be six months older than it claims.

Chilling a wine dials down its sweetness. Becoming too warm can cause a red wine to lose some of its fruity flavour.

A crop of newly-planted wine grapes need to grow for about four to five years before they can be harvested.

A “butt” is a medieval measurement for wine’s liquid volume. This makes me very happy.

While the US wine industry was knee-capped by prohibition, some wineries survived by making sacramental wine for religious purposes; this was still allowed under the law.

During prohibition, grape juice concentrate manufacturers took advantage of the nationwide craving for alcohol and put an ingenious warning sticker on their product, which said “After you mix the concentrate with water, please do not keep the mix in a barrel for 20 days–as it will turn into wine.”

We’ve all had our wine out of a coffee mug at some point and we won’t apologize for it, but there is a reason wine glasses are a thing. Most wine glasses are specifically shaped to accentuate certain characteristics and to direct wine to key areas of the tongue and nose, where they can be fully enjoyed. Most wine glasses have a gently curved rim at the top to help contain the aromas in the glass, and generally speaking, the thinner the glass and the finer the rim, the better. Still, you do you.

While reds and whites are consumed at completely different temperatures, all wine is actually ideally stored at the same temperature.

One glass of wine is made up of roughly one cluster of grapes, and there are approximately 75–100 grapes to a cluster.

California is the fourth largest producer of wine in the world. The top three? France, Spain, and Italy.

The world’s oldest bottle of wine dates to around AD 325. It was found near the town of Speyer, Germany, and is on display at the town’s historical museum.

Ever wonder why the wine portions are so stingy in certain up-scale joints? This is to allow tasters to swirl the wine in the glass and release its powerful aromas. The glass is only filled about a third of the way so that the liquid doesn’t spill while this is being done.

At a blind tasting competition for champagne in Paris, 2003, a man named Richard Juhlin was able to identify the brand, producer, and year of 43 out of 50 different champagnes. The runner up was only able to identify, er, four.

Hippocrates was known as the “father of medicine,” and he often used wine as a remedy for his patients’ ailments. He thought it was particularly good to lower fevers and as a general antiseptic.

Women are more susceptible to the effects of wine than men, partly because they have fewer enzymes in their stomach lining, which are needed to efficiently break down alcohol.

The oldest known wine cellar is at the bottom of the ocean, on the Titanic. Most of the bottles were surprisingly still intact when divers explored the wreckage.

There are so many organic compounds in wine that is considered more complex than blood serum.

You would need to drink 20 glasses of apple juice or seven glasses of orange juice to obtain the same amount of antioxidants you’d get from a glass of wine. Still doesn’t count as one of your 5-a-day though.

9. Stay Out of the Kitchen

As common as it is, the worst place to keep wine is actually in the kitchen because it is usually too warm to store wine optimally. Refrigerators don’t do the job either, and are too cold even at their warmest setting. If you don’t have your own wine cellar, try a closet.

8. Drinking to Your Health

The phrase “drinking to one’s health” comes from Ancient Greece, where a dinner host would typically take the first sip of wine to assure his guests it was not poisoned. This led to a similar tradition in Ancient Rome: the bumping glasses with a “cheers” greeting. This also prevented poisoning, as wine would then spill into different glasses.

When tasting wine, experts advise holding the wine in your mouth for a moment or two and then either swallowing it or, preferably, spiting it out, usually into a spittoon. A superior wine will usually have a long aftertaste, while an inferior wine will have a short aftertaste.

Champagne is often thought to have been invented by the Benedictine monk Dom Perignon (1638-1715). While this is not actually true, he did found many innovative principles and processes in wine production that are still used to this day.

The proper way to hold a wine glass, particularly for white wine, is by the stem and not the bowl. Holding it by the bowl will raise the temperature of the wine.

8,000-year old winemaking materials were excavated in the Middle East, making it the earliest known evidence of wine production.

3. Vatican City Knows How To Party

According to the Wine Institute, 14 of the world’s top 15 nations for highest wine consumption are in Europe, with Vatican City right at the top of the list. This obviously takes into account the consumption of Communion wine, but it’s still impressive.

1. The Skin’s the Best Part

Both red and white grapes produce a clear juice; it’s the grape’s skin that determines the colour of the wine. To produce red wine, the grape skins are left in the juice during fermentation. 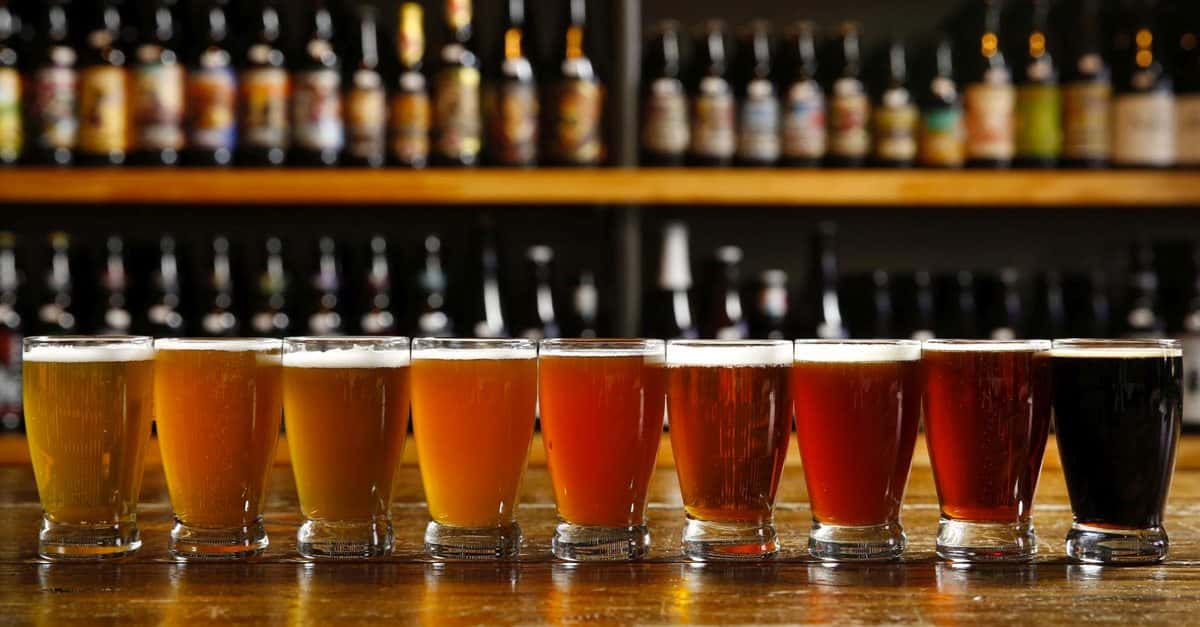