Rastafari was founded in Jamaica as an African-centric philosophy and religion in the 1930s. It was popularized by the reggae singer Bob Marley during the 1970s, who made people aware of Rastafari across the world. Since then, Rastafari (or Rastafarianism) has been predominantly practiced in Jamaica and Ethiopia.

Rastafari has roots in the prophecies of a man named Marcus Garvey, who is considered a Rastafari prophet. In the 1920s, Garvey started the black nationalist movement in the United States. He wanted all of the descendents of former slaves to make their way back to Africa. He also said that one day a black man would be crowned as King in Africa, and that this man would become the new messiah.

Haile Selassie I became King of Ethiopia in 1930. Garvey’s followers saw this as the fulfillment of a prophecy, and believed that Selassie was actually “Jah,” or the Second Coming of Christ.

In 1948, Selassie created a land grant that invited Caribbean descendants of slaves to come and live in Ethiopia for free, if they wanted. To Rastafarians, this was a fulfillment of the prophecy.

On April 21, 1966, Selassie visited Jamaica for the first time. He was met with a massive crowd of people who gave him a parade, lovingly cheered for him, and flew the Rasta colors.

Lions are the symbol of Rastafari. This comes from the story of Haile Selassie I, who was called the “Conquering Lion of Judah.” The Rastafarian dreadlock hairstyle and beards also look very lion-like.

Because many of the descendants of Jamaica’s population were slaves who were taken from their homes in Africa, Rastafarians believe that Jamaica is “hell” or “Babylon.” Conversely, Ethiopia is the “Homeland,” “Zion,” or “Heaven.” Many Rastas aspire to make a pilgrimage to Ethiopia.

In the 1800s, slavery was outlawed in England and all of its territories, including Jamaica and the rest of the West Indies. The white slave owners were compensated by the government for their “loss of property” while now-free Africans were given nothing. Many Rastafarians fight for the descendants of slaves to have some sort of compensation from the United Kingdom.

33. Show Me Your True Colors

The Rastafarian colors are red, green, gold, and black. The colors, respectively, symbolize the blood of the black community killed in Jamaica during the slave era, the country’s lush vegetation, the wealth of Ethiopia, and the Africans themselves, who began the Rastafarian religion.

There are three different sects of Rastafari: Bobo Shanti, The Nyahbinghi Order, and The Twelve Tribes of Israel.

The Nyahbinghi Order is the oldest subdivision of the Rasta religion. They practice speaking Amharic, which is the language spoken in Ethiopia. They are very strict with an organic vegan diet, and they celebrate their Sabbath on Tuesdays.

In the Bobo Shanti subdivision, Prince Emmanuel Charles Edwards is considered to be part of the new “holy trinity” along with Marcus Garvey and Haile Selassie. The Bobo Shanti choose to wear turbans and long robes, men are priests, and they follow the Old Testament very closely.

Rastafarians avoid meat, do not eat pork, and consume a lot of fruits and vegetables. They are not allowed to drink coffee, cow’s milk, or alcohol. They also refuse to eat processed food.

Rastafari believe in what is pure and natural, and do not tamper with their bodies. This means that no one is allowed to get a tattoo…oops.

Practitioners never call themselves “Rastafarians,” and instead call each other “Rasafari” or “Rasta.” Rastafari also prefer to call their beliefs a philosophical movement rather than a religion.

Even though they follow a lot of passages in the Christian Bible, Rastafarians celebrate Christmas on January 7th, since this is Ethiopian Christmas.

Rastafari don’t have churches or official meeting places. They usually gather once a week in each other’s homes, or at a local community center.

Rastafari use marijuana as part of their religion. During “Reasoning Sessions” they smoke together and discuss issues in the community. Every meeting also has a huge feast afterwards.

The official Rastafari religious music is Nyabingi. This musical style is a combination of 19th century gospel music with traditional African drums. It’s also reminiscent of Burru music, which is what Jamaican slaves sang to each other to keep their spirits up. The music is usually played while people smoke and talk during the Reasoning Sessions.

In the 1970s, Bob Marley began the reggae music movement, which sounds very similar to Nyabingi. Rastafarians began incorporating his music, as well as other reggae artists, into their Reasoning Sessions.

Rastafari took a verse from Leviticus 21:5 that says, “They shall not make baldness upon their head.” Rastas interpreted that as “don’t ever get a haircut.” Dreadlocks is a way for Rastas to continue to grow out their hair while still maintaining cleanliness and neatness.

A lot of Rastafari wear beanies called a “rastacap” or “tam” to hold their dread locks out of the way on top of their head.

A Rastafari woman named Asha Mandela lives in Florida, and she has the Guinness World Record for the longest dreadlocks. They are over 50 feet long, and weigh around 40 pounds; she has to carry her hair in a basket tied around her back.

As a Rasta grows older, you can see the transformation of where their dreads stop growing in black and begin to go gray. The dreadlocks become a timeline of a Rasta’s life.

16. Too Young To Say Goodbye

Bob Marley had skin cancer in his toe. He could have prevented the cancer from spreading, but he refused to allow doctors to remove the cancer because it was against the Rastafari belief that no one’s body should be changed or tampered with from its natural state. He died in 1981 at the age of 36.

When Bob Marley died in 1981, he was buried near his home in Jamaica. However, in 2005, his wife finally decided it was time to exhume his remains and bring them to Ethiopia, since it would have been in line with his religious beliefs.

There is no official Rastafari marriage ceremony. Unrelated men and women who live together are called husband and wife even if they’re not legally married.

Likewise, there is no formal funeral ceremony for Rastafari.

One of the Rastafarian-specific holidays is called Groundation Day, which is April 21st. It signifies the day that King Haile Selassie I visited Jamaica in 1966. There is also a huge celebration on Selassie’s birthday, which is July 23rd.

11. A Language of Their Own

Rastafari have their own accent and dialect that comes from Jamaican Creole. The language uses pronouns differently, like saying “I and I” instead of “you and me” in order to include all people as one unit.

Some Rastafari prefer natural at-home childbirths rather than going to a hospital.

Rastas often call God “Jah” or “Jah Jah.” Bob Marley’s song “Jah Live” is in reference to his Rastafari belief about the Second Coming of Christ.

A lot of people in modern society will do their hair in dreadlocks, smoke marijuana, listen to reggae music, and portray themselves as a Rasta. Many practicing Rastas don’t believe these people have a full understanding of what it means to be a Rasta; Rastafari is a lifestyle deeply connected to the Earth and Africa.

The rapper Snoop Dogg is famous for his love of smoking marijuana. Snoop Dogg has also talked about converting to Rastafari and changing his name to “Snoop Lion.” It’s important to note, however, that while many Rastas use marijuana to meditate, not all Rastafari smoke weed.

For those who are still living in the Caribbean, many Rastafari believe that the only way to live clean and away from the negative influences of “Babylon” is to live up in the hills. This isolates them away from society.

In Addis Ababa, Ethiopia, in a settlement called Shashamane, a group of 600-800 Rastafarians live together in what they called the promised land. Tom Freston from Vanity Fair visited Shashamane to interview the residents, and he found that while the Rastas are happy to have returned home to Ethiopia, they have not been granted Ethiopian citizenship.

4. We Don’t Need No Education

In Barbados, the government sued one Rastafari family who decided to homeschool their children; it was against the law.

In 1963, a group of men with beards set fire to a gas station in Montego Bay, Jamaica. Rastafari were falsely accused of these crimes, and the Prime Minister of Jamaica demanded that people “Bring in all Rastas, dead or alive.” Innocent Rastas were gathered, beaten, publicly humiliated, and their dreadlocks were cut off. This was called The Coral Gardens Incident or Bad Friday.

The Jamaican Government officially apologized for the Coral Gardens incident in 2017.

1. Less Than One Percent

Currently, there are over 24,000 out of 2. 7 million people who identify as Rastafari living in Jamaica. 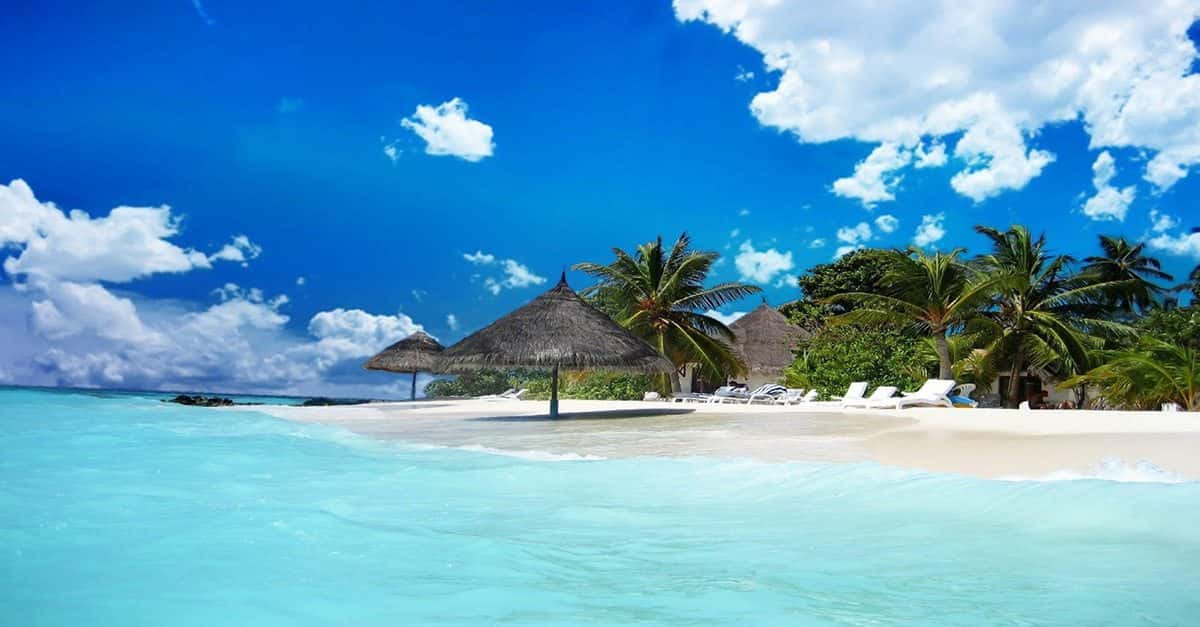