Spooky Facts About The X-Files

Spooky Facts About The X-Files

Created by Chris Carter, The X-Files, a science fiction drama about two FBI agents solving paranormal and unraveling alien conspiracies debuted in 1993, quickly developed a cult following, and somehow made it cool to stay in on Fridays to watch TV. The show propelled its lead actors, Gillian Anderson and David Duchovny, to fame. Its initial run included nine television seasons and two movies, despite the seventh season departure of Duchovny. A tenth revival season aired in 2016 with most of the original cast reprising their roles.

Here are some facts about the beloved show that you may not have known.

The eerie music you hear at the beginning of the show’s theme song was a happy accident. Composer Mark Snow was having trouble coming up with something and, in frustration, put his arm on the keyboard, turning on the delay effect, and inadvertently coming up with the iconic echo.

The FBI badges seen on the show actually read, “Federal Bureau of Justice, United States Department of Investigation” because it is illegal to recreate an FBI badge. There are, however, no laws against badges for the FBJ.

28. Go towards the Light

X-Files creator, Chris Carter, came up with the idea for the show after reading a report by Harvard professor John E. Mack that said 3.7 million Americans have claimed to be abducted by aliens. On why it would make such a good premise for a show, Carter said, “Everybody wants to hear that story. Abduction is tantamount to a religious experience.”

Although Mulder is the one with the open mind and Scully is the skeptic, in real life David Duchovny and Gillian Anderson are the exact opposite. Anderson cited the vastness of the universe as her reason for believing in the existence of alien life while, conversely, Duchovny read letters from fans who claimed to be abducted by aliens and got sad about it.

The character of Scully was inspired by Clarice Starling from Silence of the Lambs. The fact that both of them have red hair is not a coincidence.

Gillian Anderson was so convincing as Dana Scully that a clause was put into her contract preventing her from playing any other FBI agent. It was this clause that prevented her from actually playing Clarice Starling in the film Hannibal. The role went to fellow redhead Julianne Moore.

Before David Duchovny became Mulder, actors like Bruce Campbell, Dean Cain, and Lou Diamond Phillips all auditioned for the role.

The X-Files generated two spin-offs. “Millenium” lasted three seasons while the second, “The Lone Gunmen,” was cancelled after 13 episodes due to low ratings.

The pilot episode of The Lone Gunmen, which aired before 9/11, involved the titular heroes foiling a plot to fly a hijacked plane into the World Trade Center. The season’s plot suggests that the hijacking was committed as an act of greed by American arms firms hoping to boost weapon sales by fomenting war which set off conspiracy theorists everywhere.

Before Anderson had been cast as Scully, Duchovny was pushing for his old friend Jennifer Beals, of Flashdance fame, who had been his classmate in college. Although Beals didn’t get the part, it’s still fun to imagine a version of Scully dancing joyously through a steel mill.

There was a 9” difference in height between Anderson and Duchovny so, as a result, Anderson spent a lot of her time in front of the camera standing on top of a box. Anderson would occasionally get so wrapped up in her scene, she would forget she was on the box, and as soon as the camera stopped rolling, she would turn and promptly fall off.

The season four episode “Home,” which focused on an inbred family in Pennsylvania, was the first US network television episode to ever get a TV-MA rating. And if you’ve ever seen that episode, you’d know exactly why.

The episode “Home” was inspired by Charlie Chaplin’s autobiography, which describes how he stayed in a tenement home where he met a quadruple amputee who was kept under the bed by his family.

16. The Mother of Invention

Chris Carter came up with the idea of having Scully abducted by aliens in the second season primarily so she could go on maternity leave.

Mulder’s secret contact X was originally slated to be a woman. The part had been offered to Natlija Nogulich, who played Vice Admiral Alynna Nechayev on Star Trek: The Next Generation, but she lacked the necessary chemistry with her co-stars and was replaced by Steve Williams.

In the original pilot, Scully had a boyfriend named Ethan Minette who was added after Fox executives said that Mulder and Scully’s platonic relationship didn’t contain enough romantic intrigue to interest viewers. Carter initially complied but later left Ethan on the cutting room floor, believing the relationship between Mulder and Scully to be plenty interesting. Copious volumes of semi-pornographic Mulder/Scully fan fiction that spread all over the Internet have since proved him right.

Breaking Bad creator Vince Gilligan got his start on the X-Files as a freelance writer after submitting a script to Fox that later became season 2 episode “Soft Light.” He was eventually offered a full-time job and ended up writing another 29 episodes and producing 44 of them.

Before being cast as the Cigarette Smoking Man, William B. Davis had not smoked a cigarette in two decades. For the first two episodes, he smoked real cigarettes, but then switched to herbal ones after he realized the show wasn’t getting cancelled any time soon.

The Cigarette Smoking Man was originally just supposed to be an extra in the background in the pilot episode. He returned for small cameo appearances in future episodes until, eventually, he was written in as a full-fledged character, integral to the plot.

8. I’ll Most Likely Kill You in the Morning

The character of Alex Krycek, played by Nicholas Lea, was only meant to be on the show for three episodes, but the producers liked him so much that they kept him on for eight seasons.

When she started on The X-Files in 1993, despite working the same hours and having the same number of story arcs, Anderson was offered half the pay of what her male co-star Duchovny made. She managed to close the wage gap after three years. When she returned for the reprisal in 2016, she surely was offered the same pay as Duchovny because feminism had made significant strides in 23 years. Right? Nope. in 2016, Anderson was again offered just half of what Duchovny made.

In addition to the wage discrepancy, Anderson faced sexism on set in the form of a directive that Scully wasn’t allowed to walk side by side with Mulder on camera and had to be at least one step behind. Anderson refused to put up with this and eventually the directive was rescinded.

In order to make Vancouver look like the New Mexico desert, the production crew sprayed over 1,600 gallons of burgundy paint into a gravel pit, which could not have been environmentally friendly.

The production of the show moved from Vancouver to Los Angeles because Duchovny didn’t want to be so far away from his wife, Tea Leoni. Glad that worked out for him.

The Smithsonian’s National Museum of American History is now home to several items from the show including Scully and Mulder’s badges, the original pilot script, and Mulder’s “I WANT TO BELIEVE” poster.

David Duchovny sued 20th Century Fox because he alleged that they had cost him money by underselling the show’s rights to their affiliates. An out-of-court settlement was reached for $20 million. At least him and show creator Chris Carter are still tight, as shown by Carter’s kind words about David getting the 2,572nd star on the Hollywood Walk of Fame. You can check it out below.

1. Reach for the Top

The X-Files is the second longest running American sci-fi series in history, surpassed only by Stargate SG-1. However, with the revival series, it could soon claim the number one spot for itself. 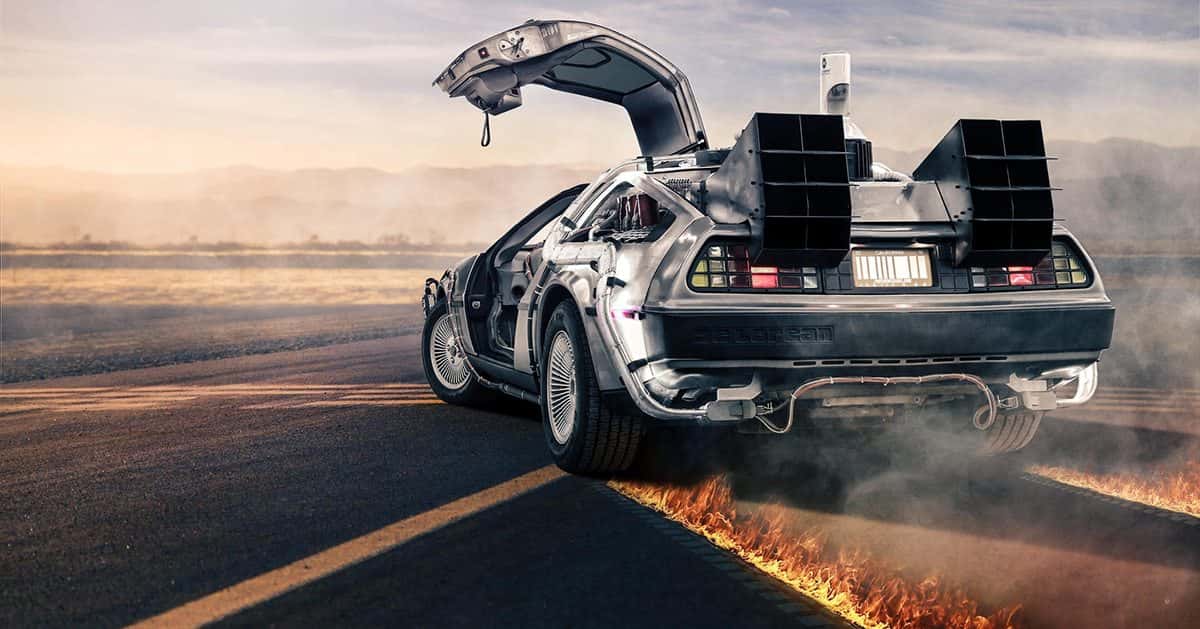 32 Timeless Facts About Back to the Future.

32 Timeless Facts About Back to the Future.