In 1983, everyone’s favorite affable plumber clad in red captured the hearts and imaginations of gamers everywhere. Since then, Mario, Luigi, Peach, Bowser, and Yoshi have become synonymous with the Nintendo brand, and have been a part of some of the company’s most entertaining games. Check out these 24 interesting facts about Mario and his crew.

When you think of Mario, you probably think of a middle-aged plumber. However, Mario is far younger than you’d expect. According to creator Shigeru Miyamoto, Mario about 24 years old. No wonder he can do backflips and wall jump .

Remember that Super Mario Bros. film in the early 90s that didn’t do so well with audiences? Well, one casting decision maybe might have turned things around. During the casting of the film, Arnold Schwarzenegger was approached to play the main villain, Koopa King. Unfortunately (or maybe fortunately?) the actor declined.

“The Running Man” character from the Zelda franchise makes a cameo appearance in Super Mario Sunshine as Il Piantissimo, where he challenges Mario to a race. Some people never change.

19. A Product of Limitations

Mario’s uniform, iconic as it has become, was designed because of the technological limitations of video games in 1981, the year he first appeared: He wears a hat because hair was too difficult to depict, his moustache was easier to see than a mouth, and his overalls make his arm movements more noticeable to gamers. Graphics have come a long way since the 8-bit days.

The iconic Chain Chomps that made their debut in Super Mario 3 were inspired by a terrifying incident: When Miyamoto was a child, he was chased by a neighbor’s dog. He thought he was done for until the dog’s chain yanked it away. What a terrible way to get inspiration.

17. Lifestyles of the Rich and Fictional

Princess Peach is so rich that she was added to Forbes’ list of the most affluent fictional characters; her estimated worth is $1.3 billion, and she shares the list with such venerable characters as Scrooge McDuck, Bruce Wayne, and Willy Wonka.

Over the course of the Mario franchise, the mushroom people, or Toads and Toadettes, have served as guides and advisors to Mario throughout his journeys. In 2014, the producer of Captain Toad: Treasure Tracker revealed that Toads are genderless, and that they choose their gendered traits. They aren’t actually mushrooms either! I don’t know what to think anymore.

Seven years before the ill-fated live action movie Super Mario Bros. was released in 1993, the animated Super Mario Bros.: The Great Mission to Rescue Peach! hit theatres in Japan. It was the first ever movie to be based on a video game.

In Super Mario 64, the ghostly Boos shrink as Mario approaches, but when he turns away, they grow (quite scarily) in size. The inspiration for this mechanic actually came from co-creator Takashi Tezuka’s wife.

As Miyamoto explained in an interview with Nintendo Power magazine: “Mr. Tezuka got an idea about putting his wife in the game. His wife is very quiet normally, but one day she exploded, maddened by all the time he spent at work. In the game, there is now a character who shrinks when Mario looks at it, but when Mario turns away, it will grow large and menacing.”

Luigi’s name has more to it than meets the eye. It is supposed to be the name of a pizza place close by, but it actually has a double meaning in Japanese. The Japanese word “ruiji,” means “similar.” Back in the day, Luigi had the same build as his brother, and the only difference was the color of their uniforms.

Super Mario Bros. was meant to be the Nintendo Entertainment System’s (NES) last hurrah before the introduction of the Famicom Disk System. However, the popularity of Super Mario Bros. in the United States threw Nintendo for a loop, and convinced them to scrap the Famicom and keep the NES in production for a little while longer.

Before the first Super Mario Bros. game, Miyamoto worked on the game Kung-Fu, a tie-in to a recent Jackie Chan film named Spartan X. The game was colorful and included a considerable amount of character development. Miyamoto liked the vibe, and wanted to include it in his next big game, which just so happened to be Super Mario Bros.

Because of the limited space on NES cartridges, designers of the first Super Mario Bros. had to get creative about how they used items in the game. It’s an easy detail to miss, but the clouds and bushes in the game are the same. The only thing that’s different about them is the color (the clouds are white and while the bushes are green).

Luigi finally stepped out of his brother’s shadow with the release of Luigi’s Mansion in 2001 (if you don’t count the little-known educational game Mario is Missing!). The game was popular with fans of the Super Mario franchise, and showed that Mario’s lanky, green-clad brother could carry his own game. However, there has always been a dark theory surrounding Luigi’s Mansion: that Luigi actually dies by suicide in the game, and that it’s the last game in the series that Luigi appears alive.

Mario hasn’t always been a plumber. In his first appearance as Jumpman in Donkey Kong, Mario is a carpenter; the game takes you through the building that he’s in the middle of constructing.

There’s actually a rich lore for the Super Mario Bros. franchise, but many of the games’ stories have either been toyed with or are considered non-canonical: Super Mario Bros. 2 was a dream sequence, while Super Mario Bros. 3 is theorized to be just a stage play. Other iterations in the series have also been dreams, or have otherwise been proven not to have happened at all within Mario’s overarching story.

Designers involved in Super Mario Bros. had a lot of concept ideas for Bowser. He was initially drawn as an ox, but Miyamoto’s drawing was misinterpreted as a turtle, and they developed him from there. And guess what? Bowser is a turtle, not a dragon. I don’t know what type of turtle has spikes on their shell, but my childhood is still ruined.

In Super Mario Bros., if the player leaves Mario idle for too long, the infamous Hammer Bros. will come out of nowhere and attack Mario.

The franchise is the most successful in video game history, with almost 300 million games sold since 1985.

All isn’t sunshine and roses in the world of Mario, Yoshi, and Princess Peach. Unfortunately, there are some dark truths in the realm. Before the events of Super Mario Bros., the evil Koopas entered the kingdom and turned all the current inhabitants into stone, bricks, and plants. This means that every time Mario smashes a brick or stone in the game, he is killing one of the people of the kingdom. Pretty dark huh?

At first, Super Mario Bros. was meant to be a lot more adult and a tad bit more violent. Mario was initially set to ride on a cloud with a rifle and beam gun, and shoot down the evil inhabitants of the Mushroom Kingdom.

1. An Origin Story for the Ages

Before Super Mario Bros. was released and made Nintendo a juggernaut, the company wasn’t doing so hot. In fact, Nintendo of America couldn’t even pay rent at their Seattle office one month. This led to an angry visit from their landlord, but thankfully the company’s president, Minoru Arakawa, convinced him that the rent would be in soon, and he let them be. The landlord’s name? Mario Segale. Arakawa noticed that he looked kind of similar to the Jumpman character, and the rest is history. 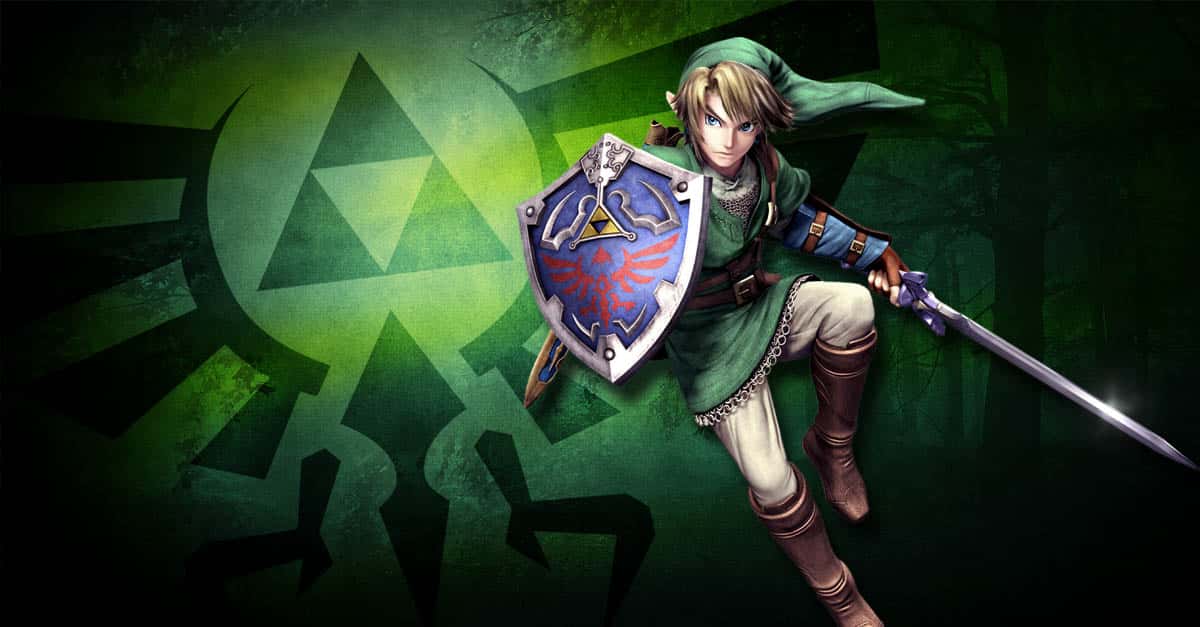 Legendary Facts About The Legend Of Zelda