Princess Leia Organa of Alderaan has been, variously, a member of the Imperial Senate, a General, and a member of the Rebel Alliance. And she is one tough cookie. Let’s take a look at this sci-fi badass, feminist icon, and all around amazing woman.

George Lucas and his colleague Brian De Palma actually held joint auditions for Lucas’s  A New Hope and De Palma’s Carrie. While Sissy Spacek did technically audition for Star Wars, it was always presumed she was headed to Carrie. However, one serious option for Princess Leia, besides Carrie Fisher, was Jodie Foster.

The true inspiration for Leia’s signature look came from Edward Curtis’s photos of native Mexicans. It took hairstylist Patricia McDermott about 40 different hairstyles before Lucas found one he liked. Leia’s other look during A New Hope was called “the hot plate special,” and looked like a stack of pancakes. (Hungry yet)?

Leia’s character underwent many different versions as Lucas wrote and rewrote draft after draft of Star Wars. Leia was first written as a spoiled, proper princess. In another draft, she was the daughter of Beru and Owen, and Luke was to be introduced as her cousin.

Other phases had her take on a more military look and characterization.

All three original Star Wars films were given cover stories in Rolling Stone magazine. Fisher’s Princess Leia, however, was the only one to be featured on the cover of all three. For Return of the Jedi’s cover, she was pictured in her infamous Slave Leia getup for a beach party themed shoot.

As soon as Disney announced the latest Star Wars trilogy, fans went crazy, and the new films extend the universe of the original Star Wars. In the recent films, Princess Leia has become General Leia Organa, the head of the Resistance.

The novel Star Wars: Bloodlines fills in a lot of what happens between Return of the Jedi and The Force Awakens. In particular, the book details how Leia’s heritage as Darth Vader’s daughter gets broadcast to the galaxy, which is how Ben Solo (later Kylo Ren) learns of his grandfather’s legacy.

Besides being a visual masterpiece, Star Wars is also a musical behemoth as well. John Williams actually created a musical motif just for Fisher’s character, “Leia’s Theme”. The theme became infamous for being used during the scene in which Ben Kenobi is killed by Vader, connecting it to Leia’s holographic plea to Obi Wan Kenobi.

Even though Leia is the daughter of Darth Vader, one of the most powerful users of the Force, we don’t really get to see her full abilities to wield the Force in the films. In recent Marvel comics, however, Leia is shown using the Force to look into the past, and elsewhere she can wield a lightsaber.

Though Princess Leia asks him for help and catches a glimpse of him while running for the Millennium Falcon, Leia never actually shares a single scene with Obi Wan Kenobi. This disconnect actually spilled into real life:

Alec Guinness, who portrayed Obi Wan, felt rather alienated from the rest of the (much younger) cast; he even mused in a letter than Harrison Ford’s first name might be Ellison or Tennyson (he couldn’t immediately recall it).

Leia, despite the sexy metal bikinis, became a symbol for women looking for representation in film, and she was anything but your typical damsel in distress.

For many women, Leia is a hero first and a sex symbol second.

Like her mother Queen Amidala, Leia had some pretty iconic taste in clothing—but it wasn’t necessary comfortable to wear. Leia’s famous white dress didn’t allow for a bra underneath, and Fisher’s breasts had to be held down with gaffer’s tape. “As we all know,” Fisher joked later, “there is no underwear in space”.

When Lucas first started filming Star Wars, it was nowhere near the big budget affair it is today, and he had to scrimp a bit. One of the cost-cutting measures? Stunt doubles were used sparingly, and Fisher and Mark Hamill performed their own stunt when Leia and Luke swing across the gap in the Death Star. It only took one take!

It’s ironic when Leia remarks that Luke is “a little short for a Stormtrooper”: Fisher was actually a full foot shorter than Harrison Ford. Due to the huge height difference, she would actually stand on a box during some of the scenes they had together.

In the original Star Wars expanded universe, before Disney declared it to be non-canon, Leia and Han have three children: Jaina, Jacen, and Anakin Solo. Unfortunately, both sons die in separate incidents.

Due to limited funds, the American cast and crew flew coach to England instead of first class.

Fisher’s mother, the famous actress Debbie Reynolds, was livid when she found out, and ended up calling Lucas to complain. Fisher, however, was in the room when he took the call, and after listening for a while, she asked to speak to her mother.

Her response before promptly hanging up? “Mother, I want to fly coach, will you f-ck off”!

Fisher didn’t know to use a gun prior to filming. To prepare for her role, she took shooting lessons from the same instructor who taught Robert De Niro how to shoot in 1976’s Taxi Driver.

The cell Princess Leia is confined to in A New Hope is number 2187. Lucas’ inspiration for Star Wars came from a National Film Board movie titled 21-87, which included a reference to the existence of a godlike “Force”.

Before filming started on The Force Awakens, Fisher was asked to lose 35 pounds. When asked about it, she quipped “They don’t want to hire all of me – only about three-quarters”!

Leia is actually stunned by a Stormtrooper in A New Hope. This is the only time during the entire Star Wars saga that an Imperial blaster is fired in stun mode. Well, you’ve gotta keep her alive, right?

The scene where Leia strangles Jabba with her chains in Return of the Jedi pays homage to Luca Brasi’s death in The Godfather (1972); Lucas actually worked assistant editor on the mafia film.

Several versions of the Leia Slave outfit were made for filming:

One version was made out of metal and fitted to Fisher’s body, while another was made of rubber for stunt scenes because it was more flexible and comfortable.

Out of all the Star Wars merchandise out there depicting Leia, there’s one that is not exactly official: Princess Leia has her own strain of marijuana.

Fisher only found out about the homage when her daughter’s boyfriend asked if he could get a discount on it.

Princess/Senator/General Leia almost didn’t make it to the big screen: Lucas was actually toying with the idea of changing Luke into a woman, and would have subsequently cut Leia out.

Because more than one woman protagonist? Get outta here! 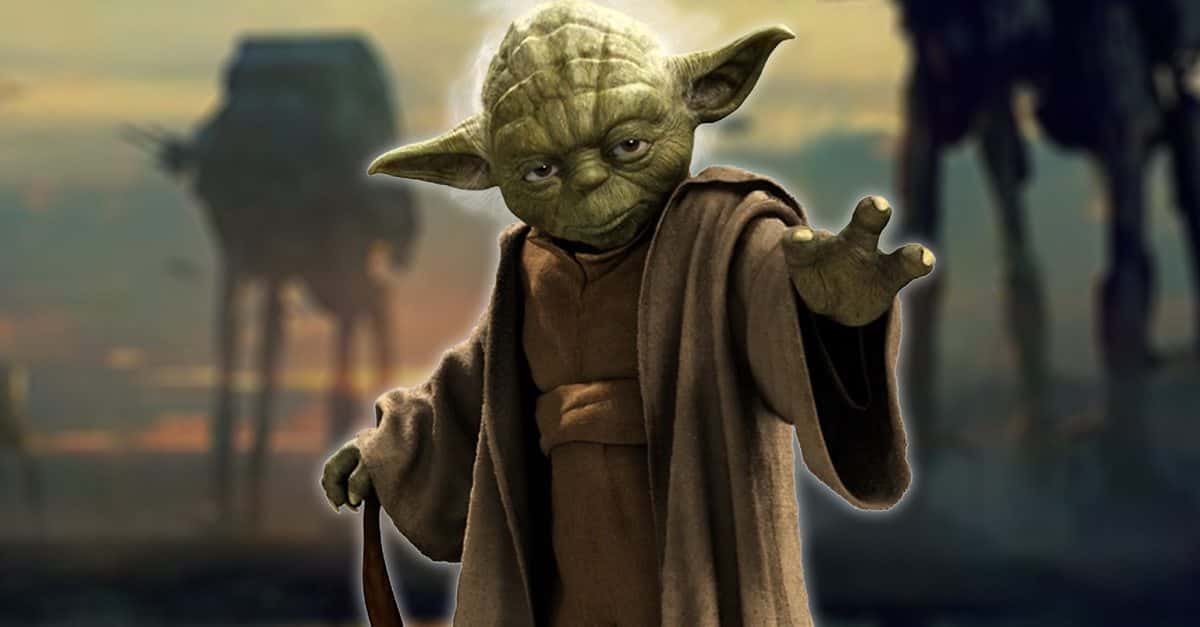 Interesting Facts About Yoda These Are