The attack on Pearl Harbor was particularly devastating because of the element of surprise. The United States and Japan weren’t even at war. Then suddenly, hundreds of Japanese planes appeared on the Hawaiian horizon, laying waste to the American fleet. The attack stunned the world—but on the other hand, anyone paying attention would know that it had been a long time coming.

Diplomatic relations between Japan and the US had been strained since at least the 1920s. Then, in 1931, Japan went too far. The Japanese invasion of Manchuria on the Chinese mainland upset many across the world stage, the United States included. But the Japanese did not stop there.

Throughout the 1930s, the Imperial Japanese Army continued a series of aggressive military operations in the Pacific. Some of these, such as the Nanjing Massacre, were truly horrific. Tensions rose over the years, and finally, the United States decided it was time to do something. Under President Franklin Roosevelt, the US imposed several economic sanctions on Japan. These included embargoes on aircraft, oil, scrap metal, and other goods of extreme military importance.

In the midst of fraying diplomatic ties, FDR relocated the American fleet from San Diego to Pearl Harbor in May of 1940. Though everyone knew that conflict with Japan was a possibility, the Americans believed that Hawaii was safe. After all, it was still 4,000 miles from the Japanese mainland.

Around this time, Japanese high command began to believe that war with the United States was coming one way or another. Many believed that a preventative strike was going to be the only way to stop the Americans from interfering in their Pacific campaign. Then, in July of 1941, the US finally took their most drastic step yet: They completely stopped all oil exports to Japan.

Without American oil, Japan had to conquer territories that could supply the resource; namely, the Dutch East Indies. In August 1941, FDR warned Japan that attacks on any “neighboring countries” would incite a US response. Essentially, Japan had to stop all military operations or face American retaliation.

Anyone could see that was not going to happen. All-out war was getting closer and closer to becoming an inevitability, but no one was ready to admit it. Negotiations continued for the remainder of 1941. FDR and Emperor Showa seemed to genuinely believe they could achieve a peaceful solution.

But Japanese military personnel had already made up their minds. They could avoid war no longer, and they had to be prepared.

Japanese Admiral Yamamoto adamantly believed that a swift and devastating surprise attack was Japan’s only chance against the Americans. If they waited until a declaration of war, it would already be too late. Such an operation would be extremely risky—but Yamamoto planned it to a tee.

Despite resistance from some of his senior officers, Yamamoto laid the groundwork for the attack. The Japanese were to bring a massive fleet across the Pacific ocean, including an unprecedented six aircraft carriers. Devoting so many resources to such a risky endeavor made many Japanese officials balk, but Yamamoto insisted every ship was necessary. He even threatened to resign if he didn’t get all six carriers. He got his wish.

Even with such a huge fleet at his disposal, getting all those ships across 3,700 miles of open ocean, without anyone noticing, no less, was still an extremely dangerous undertaking. There’s a reason the Americans thought their fleet was safe at Pearl Harbor. There’s also a reason that historians have called the Japanese attack one of the best-planned operations in all of World War II.

On December 6, 1941, President Roosevelt had not yet given up hope that he could find a peaceful solution with Japan. He sent the emperor a telegram expressing his wish to “dispel the dark clouds” between their nations…unaware that the Japanese fleet was nearing Hawaii. Either way, the emperor didn’t receive the message until it was too late—all thanks to one man.

Major Morio Tomura, a military officer stationed at Tokyo’s telegram office, delayed FDR’s message until after the Japanese had already drafted their own telegram. This message announced that Japan was cutting off all negotiations. While not outright declaring war, such a statement essentially said as much.

The Japanese planned to send this message to the Americans 30 minutes before the attack. This may seem like an odd plan, but it followed an ancient honor code to notify an enemy before attacking them. However, Tomura struck again and delayed this message as well. Honor or no honor, the attack on Pearl Harbor was going to be a complete surprise.

It would seem that one man, Morio Tomura, played a major part in the hours leading up to Pearl Harbor. Had he not delayed that first message, perhaps FDR’s message would have swayed the emperor into calling it all off. If he hadn’t delayed the second, maybe the Americans would have been a little bit more prepared.

But one man was not about to stop the attack that began at 7:48 AM on December 7, 1941, the attack that killed 2,403 Americans, wounded 1,178 others, and finally dragged the United States into WWII. This was the culmination of decades of tension. An unstoppable force and an immovable object. So while the attack on Pearl Harbor may have been an utter surprise—an unprovoked military operation that the Tokyo Trials declared to be a war crime—in many ways, it was anything but. 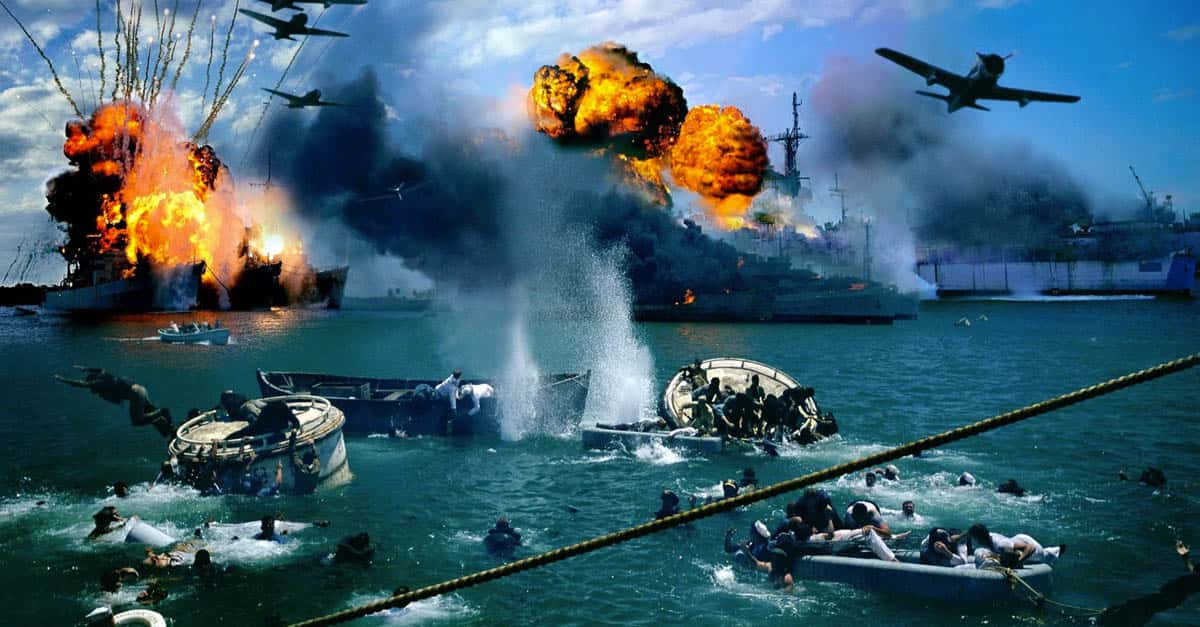