Lust, Lies, And Jewelry: The Affair Of The Diamond Necklace

Lust, Lies, And Jewelry: The Affair Of The Diamond Necklace

Though the infamous “Affair of the Diamond Necklace” happened centuries ago, we still feel its echoes today. It’s a story of theft, betrayal, and the fall of the Queen of France.

The players in this twisted chess match are some of the most powerful people history has ever known: Marie Antoinette, her husband King Louis XVI, and her grandfather-in-law, the old King Louis XV. Add to that stacked cast an alluring mistress named Madame du Barry and a sly con-woman called Jeanne de la Motte, and you have yourself the scandal of the 18th century.

Picture this: The year was 1772, and the aging King Louis XV was sliding into his retirement years. His grandson, the future King Louis XVI, was newly-married to Marie Antoinette; Louis had done his duty to France by having an heir and then getting him hitched. There really wasn’t much left for him to do but lie back and have a little “Mistress” time. And who better than his favorite and official sidepiece, Madame du Barry?

Infatuated and desperate to please the much younger Ms. du Barry, Old Louis started flashing the one thing he had lots of: money. Knowing that diamonds are a girl’s best friend, he commissioned a bejeweled necklace for his baby. But it wasn’t just any old thing. When the king called up luxury jewelers Charles August Boehmer and Paul Bassange, he had just one stipulation: the pendant had to surpass all others.

He got his wish. Not only did the bauble cost a mind-boggling $14 million, but it was also truly one of the most breathtaking ornaments France ever produced. After laboring over it for literal years, Boehmer and Bassange produced a necklace with “a row of seventeen glorious diamonds, as large almost as filberts…a three-wreathed festoon, [with] pendants enough (simple pear-shaped, multiple star-shaped, or clustering amorphous) encircle[d]…around a very Queen of Diamonds.”

There was just one enormous problem: When they completed their masterpiece, the old king was already dead from smallpox.

King Louis XV’s death had massive ramifications for Boehmer and Bassange’s work of art. Madame du Barry had never been popular among the younger set at the French court, and after the monarch’s demise, his successor Louis XVI exiled her from his presence. As a result, there was no pretty little neck to hang the gems off of—and, more importantly, no one to purchase it.

Enter Marie Antoinette. The jewelers hoped that the infamous spendthrift queen would love a shiny new necklace, and they brought it to King Louis XVI in 1778. He, in turn, asked his wife if she’d like it—but shockingly, she pertly refused the gift, retorting, “We have more need of Seventy-Fours [ships] than of necklaces.”

Of course, it probably didn’t help that the new Queen had been no fan of Madame du Barry either. She wasn’t about to take her sloppy seconds, no matter how expensive. Boehmer and Bassange even tried again to sell Louis and Marie on the necklace in 1781 and still received a hard pass.

What were two master jewelers to do with their costly magnum opus? Lucky for them, con woman Jeanne de la Motte had her eye on it.

Leave It to Jeanne

La Motte had been slowly climbing up the royal ranks through trickery and subterfuge. An illegitimate descendant of King Henri II of France, la Motte believed it was her god-given right to get money, prestige, and power any way she knew how. In fact, for months she had been stringing along her lover Cardinal de Rohan with, I promise you, the most ridiculous ruse in history.

Rohan had fallen out of favor with Marie Antoinette and wanted back in ASAP, and somehow la Motte convinced him that she was besties with the Queen. With the help of forgeries from another of her lovers, Rétaux de Villette, la Motte began counterfeiting correspondence between the Cardinal and Marie—and in the process, somehow convinced Rohan that the Queen of France was secretly in love with him. She even arranged a “private meeting” in the darkened royal gardens, using a sex worker as a stand in-for Marie.

In short, she really had no morals to speak of.

When la Motte got wind of Boehmer and Bassange’s little $14 million problem, she was more than delighted to take it off their hands. Posing once more as Marie Antoinette, she sent a letter to the Cardinal demanding that he buy her the necklace as an intermediary. The Queen, her story went, wanted to purchase the luxury item in private, so as to not further anger France’s impoverished lower classes.

Rohan fell for it hook, line, and sinker. He went to the jewelers, showed them the “Queen’s” letter, and took the necklace home. Conveniently, the Queen’s supposed valet then came almost immediately to pick the necklace up. From there, la Motte had it “promptly picked apart, and the gems sold on the black markets of Paris and London.” Thus, one of the most beautiful necklaces the world has ever seen was lost to the sands of time.

Still, easy way to make a few cool millions, right? Well, it would have been—if one thing hadn’t gone horribly wrong. When la Motte went to Boehmer and Bassange to pay for the necklace (with Rohan’s money, naturally), it wasn’t enough to cover the enormous cost. The jewelers then complained directly to Marie Antoinette, who was shocked to find herself on the hook for a necklace she had already refused twice.

The Trial of the Century

This is the part where the bottom drops out very quickly. Cardinal Rohan was almost immediately arrested, while la Motte had a scant three days to destroy evidence before she got nabbed, too. The authorities also caught up with the forger Rétaux de Villette, as well as the sex worker who had impersonated the Queen and rounded them up to face trial.

In the end, a very embarrassed Rohan got off, the Queen was absolved of any wrongdoing, and Villette was merely banished—but la Motte had no such luck. Judges at her trial condemned her to life in prison, and also ordered her to be whipped and branded with two ‘V’s (for “voleuse” or “thief”) on both her shoulders. All’s well that end’s well?

I know this seems like a satisfying ending. All the bad guys are punished, while all their dupes escape censure. Except it didn’t quite happen that way.

When the story got out, France whipped itself into a frenzy—and they had very different ideas about who was at fault. It was common knowledge that Marie Antoinette despised Rohan, and many thought she had staged the whole affair to disgrace him. Even when the courts acquitted the Cardinal, this was somehow further proof that Marie Antoinette was to blame. Plus, what if she had really wanted to get her grubby hands on that necklace, the little minx?

At the time, French citizens were already distrustful of the monarchy, particularly Marie Antoinette, and here was “proof” of her excessive tastes, her vindictive streak, and her ultimately selfish nature. The common people had a field day, and the Queen all but stopped appearing in public as jeering pamphlets depicting her as a voracious beast flooded the streets of Paris. Sadly, it never got better.

To this day, historians consider the infamous “Affair of the Diamond Necklace” a dark herald of things to come. Whether or not Marie Antoinette deserved the criticism, the fraud and her perceived guilt was the beginning of the end for the Bourbon kings. Four years later, the French Revolution happened. Four years after that, Queen Marie Antoinette was executed at the guillotine.

As for Jeanne de la Motte? She escaped her prison sentence within a year but died in 1791 after falling from a window while trying to escape debtors. In the end, it may have been a better fate than her Queen ever got. 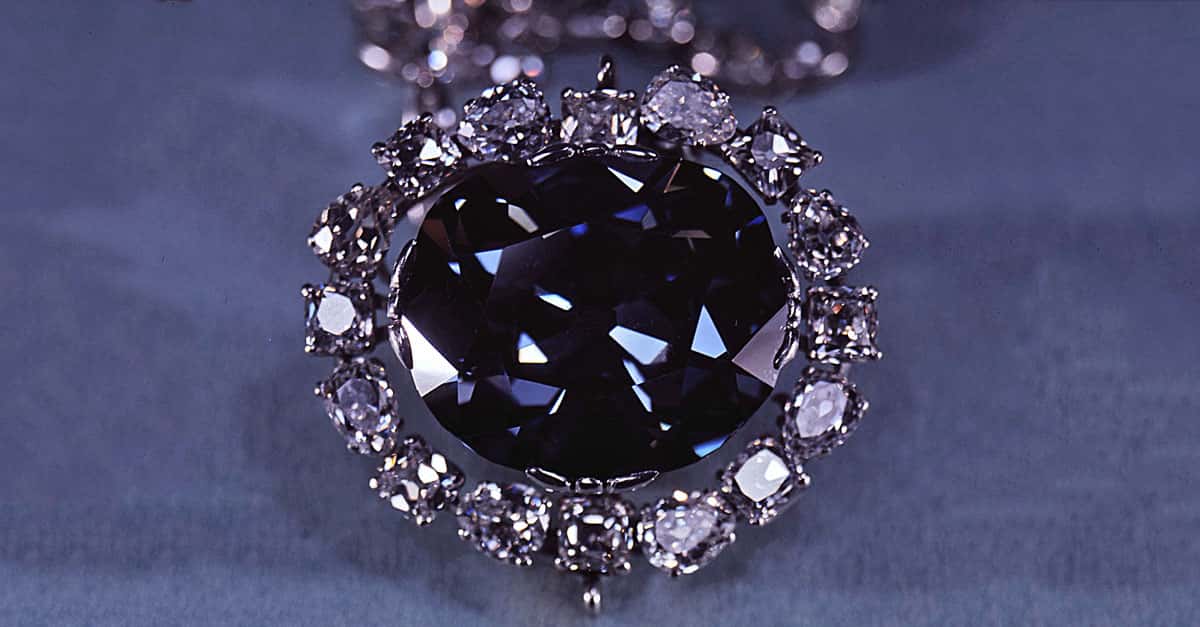