28 Interesting Facts About The Aztec Civilization

28 Interesting Facts About The Aztec Civilization

The Aztecs resided in the Valley Of Mexico starting in the 13th century. They built a civilization based on agriculture, sacrifice and, of all things, cleanliness. At its peak, Aztec culture was rich in mythology and religious traditions all while achieving some astonishing architectural and artistic feats.

Enjoy these historic facts about the Aztec civilization.

28. A Housing Market To Die For

Aztecs would commonly bury their deceased under the houses that they occupied while alive. Imaging having to ask your real-estate agent about a property’s body count.

On occasion, a dog would be killed and buried along with the deceased. It was believed that a dog could guide the spirit to the after life. All doggies guide to heaven.

Europeans created the name “Aztec”. The people were originally known as the Mexica.

Tenochca is another name the Aztecs went by. It is the root name of the historic Aztec major city of Tenochtitlan.  Tenochtitlan was eventually renamed Mexico City which got its root from the original Aztec name, the Mexica.

The Founding of Tenochtitlan

The city of Tenochtitlan was known to be very clean and even had garbage men.

The city of Tenochtitlan was built in the middle of the salt lake Texcoco. They built in the middle of the lake because they believed they were commanded to by the God of Sun and War Huitzilopochtli. A lot of work was done to build the whole settlement on the water, there were dams, bridges, canals and lakes within it so people would travel by boat  just like in the modern day Venice.

All the achievements of the Aztecs are made more impressive when you know they had no beasts of burden, never discovered the wheel, and had no steel or iron.

People would sell themselves or their children into slavery in order to pay off debts. That’s a good motivator to do your chores.

The Aztec’s form of slavery made it possible for slaves to eventually buy their freedom back once a debt had been worked or paid off.

19. No Child Left Behind

The Aztecs were amongst the first societies to implement mandatory child education. If you thought scantron was annoying, try chiselling your test answers into rock.

The Aztecs praised many gods and goddesses. Each of them controlled one or more facet of the Aztec life, such as daily activities and nature. There were many agricultural gods because farming and natural elements were central to the culture.

The majority of Aztec gods had two faces. One represented their good personality and the other was bad. You think the mayor of Halloweentown was an Aztec god?

Aztec gods and religion demanded more human sacrifices than any other faith in history. Priests would conduct these rituals at the Pyramids of the Sun and Moon. Roughly 500 to 700 people were killed each year in order to appease the gods.

Most of the people sacrificed  were prisoners of war. It is believed that the Aztecs would arrange battles with their enemies for the specific purpose of each side being able to capture prisoners for sacrifice. Good day to call in sick to work.

Children would be sacrificed during times of dry spell, as it was believed that their tears would bring rain. The remains of 42 child skeletons were found near a large Aztec temple in 1980.

The Aztecs were the first people to introduced Europeans to chocolate. I’m sure every dentist would like to personally thank the Aztecs for all that sweet cavity money.

The Aztec alphabet consisted of detailed drawings and hieroglyphs. It was a very advanced system used to keep records of everything from taxes to sacrifices.

The stones used by Aztecs to build their temples weighed in at roughly 44 tons. Although they extensively used boats to transport construction materials, once they got to the building site the blick had to be moved by hand, without the use of wheeled carts or beasts of burden. I hope they didn’t skip leg day.

Though there were a few sources of currency at the time, cacao beans were mainly exchanged for small purchases while cotton cloths were used for bigger items.

Ullamaliztli was a popular team sport that involved getting a rubber ball through small hoops without it touching the ground. Players were only allowed to use their knees, elbows, hips and head.

The courts used to play Ullamaliztli would often be lined with the skulls of sacrificed former players. Because sacrifice tied to the sport was considered honourable, historians don’t know whether the winners or losers were the ones killed after games. Isn’t it just easier to retire a player’s jersey?

7. Hold Onto Your Four Leaf Clovers

There were 365 days on the Aztec calendar based around the movement of the sun. A year was divided up into 18 months, each with 20 days. This left 5 days at the end of the year that were considered very unlucky.

The Aztec diet consisted mainly of maize, potatoes, tomatoes, squash, beans and chocolate. Aside from what they grew, hunting of coyotes, armadillos, snakes, rabbits and wild turkeys was also common. They practically had their own Whole Foods!

With a top-notch agricultural setup, the Aztecs also developed a comprehensive irrigation system that helped to strengthen their civilization.

4. When One Isn’t Enough

Polygamy was a widespread practice amongst Aztec males; although it did come with certain boundaries. While all wives were acknowledged in official records, only the first wife would receive a wedding ceremony. The term tying the knot is believed to have come from the Aztec wedding tradition of literally tying the bride and groom’s robes together.

3. Cover Your Mouth When You Cough

With roughly 20 million people having lost their lives, diseases brought over by the Spanish are believed to be the main reason for the Aztec’s ultimate demise. Europeans can’t help themselves but to conquer.

2. Last But Not Least

Overthrown by the Spanish and neighbouring enemy tribes, the fall of the Aztecs marked the last major Native American civilization.

1. I Ate His Liver With Some Fava Beans

Xipe Totec (meaning “Our Lord the Flayed One”), was the Aztec god of agriculture, vegetation, the east, disease, spring, goldsmiths, silversmiths, liberation and the seasons. It was believed that he flayed himself to provide food for humanity. As such, followers of the god were to wear the flayed skin of prisoners during worship.

In this depiction of Xipe Totec, the skin of his hands  has been flayed and is hanging at the wrist.

For factaholics who love ancient civilizations, check out this video on the 10 Ancient Empires Who Almost Conquered the World: 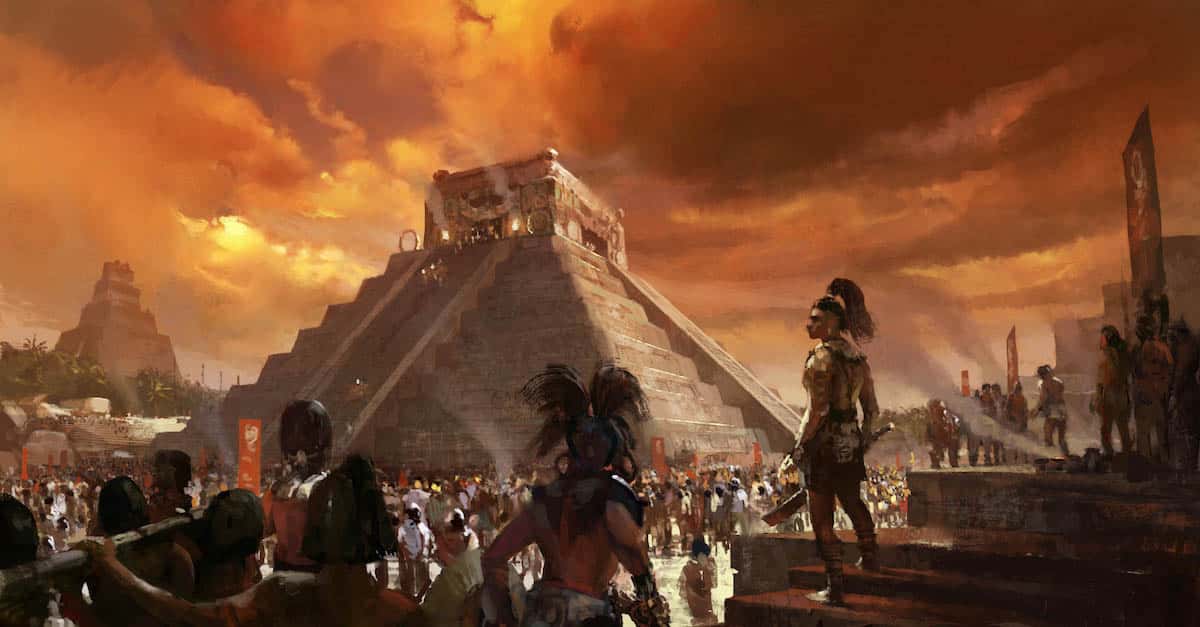 33 Mysterious Facts About The Mayan Civilization

33 Mysterious Facts About The Mayan Civilization