Sharks are friends, not food. The rate at which sharks are being killed by humans is truly alarming. Within the next few decades, there may be no sharks left in our oceans at all. This will drastically change the ocean ecosystem which will have a variety of effects on the natural world – some of which we cannot predict. Top predators have a very strong effect on their environments called trophic cascading. It is very important that people start to become aware of these types of issues and contribute to conservation of our oceans. Let’s get to know the shark. Enjoy these awesome facts about sharks – you may even like them after.

Like cats, sharks are naturally very curious animals. For this reason they are sometimes referred to as the cats of the sea. Unfortunately for other marine life, they don’t have paws to investigate a curious situation so they resort to bumping with their nose or using their mouth to go for a nibble.

Shark attacks are extremely rare, with more humans killed by falling coconuts than by sharks every year. If you ever do find yourself on the business end of a curious shark, experts suggest that you punch them in the nose and gills to scare them away.

Did you know that sharks are much older than dinosaurs? Dinosaurs didn’t appear until roughly 230 million years ago. Sharks on the other hand have been occupying our oceans for the last 450 million years!

There is an area of the Pacific Ocean just north of San Francisco that accounts for 38% of recorded shark attacks on humans. This is actually how the nearby San Jose Sharks hockey club got their name!

Although sharks have eyelids, they never blink.

In a 1977 episode of Happy Days, Fonzie jumped over a shark while on water skis. The scene was so ridiculous that the term “jumping the shark” now refers to a television gimmick that is so strange, it can only mean that the writers are out of ideas.

24. Consider a career in shark dentistry

Some sharks continuously grow teeth as they frequently fall out as they hunt. It’s estimated that certain species of sharks will go through 35 000 individual teeth in their lifetime.

The 1975 film Jaws was so popular that it created widespread fear about shark attacks. The author of the book, Peter Benchley, regretted this outcome and has since become an outspoken activist for shark conservation.

Shark skin is a strange texture. If you stroke the surface of a shark’s skin from front to back it’s totally smooth. If you stroke it the other way, it’s very rough, a similar texture to sand paper. However this property can be advantageous in some situations. In ancient Japan shark skin was commonly used on the handle of swords to provide samurais with a reliable grip.

Sharks are very capable hunters, largely due to their strong sense of smell. Some species of shark are capable of smelling as little as one part per million of blood in seawater. That’s basically a single drop of blood in an Olympic pool.

The Great White Shark has never been successfully kept in captivity. The longest a Great White has ever lived in captivity is 5 weeks. I guess these giants can’t be contained.

An aquarium in Seattle once had a problem with disappearing sharks. The owners of the aquarium had no idea where the sharks were going, until they put a camera in the tank. A giant octopus was responsible for capturing and eating the sharks!

The deepest-living known species of shark is the Portuguese dogfish shark. This small shark is known to occupy territory as deep as 3675 meters below sea level– almost 9 empire state buildings!

Despite their reputation, sharks are more threatened by humans than the other way around. It’s estimated that over 100 million sharks are killed annually, targeted for their for fins which can fetch a hefty price tag.

Unlike most species of fish which use swim bladders to stay buoyant, sharks use forward movement to maintain their vertical position in the water. This means that just like an airplane, if a shark stops moving forward it sinks to the ground.

Just because you can’t see a shark’s ears, that doesn’t mean they don’t have them! Sharks have internal ears that provide them with a very keen sense of hearing, and are able to hear sounds at a much lower frequency than humans.

In order to breath, sharks must keep water running through their gills. Because of this, some sharks have been known to sleep swim. When a shark sleep swims, the shark is fully unconscious but continues to travel through the water.

There are five species of river shark that are known to live in large rivers, coastal bays, and estuaries. Unfortunately, these sharks are particularly vulnerable and many river sharks currently face extinction.

Many sharks are the apex predator of their environment, meaning they are at the top of the food chain. Not all sharks are this lucky, such as the Great White, which is hunted by the orca whale.

8. Gravity, it’s bringing me down

Unlike most fish, Sharks don’t have a skeleton made of bones and instead consist of cartilage and other connective tissue. This makes them extremely flexible and agile in the water but there are some drawbacks. A shark doesn’t have a rib cage, and because of this a shark could be crushed under its own weight if placed on land.

Most sharks lay eggs, however some give birth to live young. It is not uncommon for these sharks to practice sibling cannibalism, where the bigger sibling will eat the smaller ones in the womb.

Contrary to popular belief, sharks are not particularly dangerous to humans. There are over 400 species of shark, but only one in ten species are known to pose any threat to humans.

It might be hard to imagine, but there are types of shark that are so small they fit in your hand! The Dwarf Lantern shark is the smallest, weighing in at less than a pound.

Compared to most fish, sharks are very smart. Although we can’t give them an IQ test, sharks can be taught simple problem solving skills, learn tasks, and amazingly remember those tasks later!

Many species of sharks can sense electric currents underwater using electroreceptors to catch their prey at night. They look like dots around its nose and mouth area. The receptors are sensitive enough to detect the electrical impulses of its prey’s heartbeat. Historically, subsea electric wiring has been damaged by sharks leading scientists to invent special wiring to prevent this.

2. Tastes awful, and it doesn’t work.

Shark liver oil has historically been used as a homeopathic medicine for all kinds of illnesses ranging from cancer to the common cold. Some sharks are targeted for their liver, particularly deep sea sharks whose livers account for up to 20% of their body weight.

Sharks can have a very impressive lifespan! Although the average species of shark lives to around 20 years old, the Spiny Dog Fish shark can live for more than 100 years. The oldest shark ever reported lived to be a whopping 272 years old! 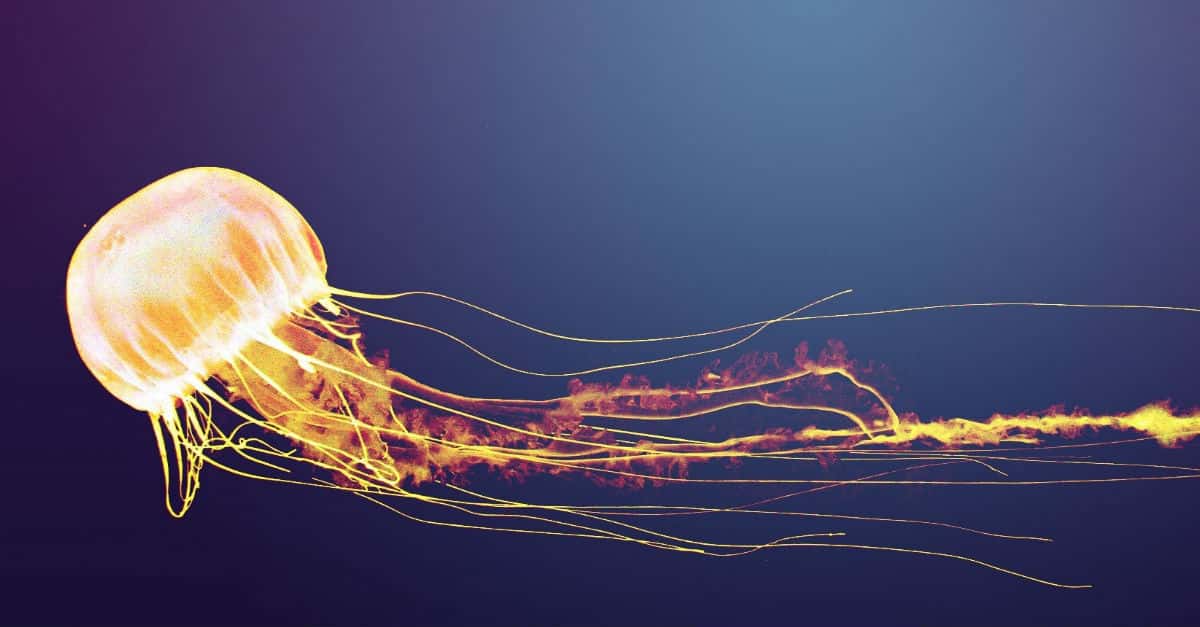 Deep Facts About The Oceans