“There is a superhero in all of us, we just need the courage to put on the cape.” — Superman

Hailing from the planet of Krypton, Superman is the most iconic superhero in the world and is considered by many to be the father of all superheroes.

Here are a few facts you might not know about Superman.

Superman was created by Jerry Siegel and Joe Shuster in 1933, but the character didn’t appear in comics until he was sold in 1938 to DC Comics (then known as Detective Comics) for a cool $130. Even in 1938 dollars, that’s a steal.

45. The Insecurity of Baldness

The original concept of Superman was as a bald telepathic villain hellbent on world domination. Basically the love child of Lex Luthor and Professor X.

Superman was originally only capable of being able to “leap tall buildings with a single bound.” His ability to fly came about because, for the 1940s cartoon, it was difficult to animate him bending his knees to jump.

Despite being able to fly faster than the speed of light in a vacuum, Superman is not faster than the Flash. In one comic, Barry Allen reminds Kal-El that, even though they’ve raced in the past, in the end, “I allowed you to participate and ultimately YOU CANNOT beat me in a race. Not now, not ever.” Superman lacks the environmentally-protective speed-force aura,which makes him unable to move at his maximum without causing catastrophic environmental damage that would be caused by moving near light speed.

Superman’s powers are explained as him harnessing the solar radiation from our yellow sun. The reason he would have no powers on Krypton is because Krypton has a red sun. Apparently, Superman’s powers see color.

Superman actually has no need to eat or breathe and can subsist off of solar radiation alone. Apparently, one of Superman’s powers is photosynthesis.

One of Superman’s latest powers is the Solar Flare, where he releases all the solar energy in his body at once, creating an explosion. He’s useless for 24 hours after this. He might be super, but he’s still a man.

Superman is protected by a bio-electric aura just above his skin that not only makes him invulnerable, but also keeps his clothes intact. Good thing too, because there’d be more than one fight that ended in him naked and we must protect the innocence of the children.

Kryptonite was actually not in the original comics. It was invented for the 1940s radio show because the voice actor wanted some time off and they had to find a way to explain his absence.

Superman’s original arch-enemy wasn’t Lex Luthor, but was instead a telepathic ape named Ultra-Humanite. Honestly, Ultra-Humanite sounds less like a super-villain and more like a brand of luggage.

In a 1958 comic, Superman projected a miniature version of himself with all his powers. He tried to kill the little version out of jealousy but ended up sacrificing himself to save his Mini-Me.

In the 1970s, there was an issue of the comics where Superman turned Lois Lane into a black woman for a day. Somehow, and only because he’s Superman, he managed to go back.

In the 90s, Nicholas Cage was paid $20 million for a Tim Burton directed Superman that never got made.

Nicholas Cage did name his son Kal-El, after Superman’s Kryptonian name. Apparently $20 million is enough to inspire a name!

Kryptonite came in many colors, each of which had different effects. Green kryptonite weakened Superman, Silver kryptonite got Superman high, while pink kryptonite was implied to make Superman gay (AKA more fabulous).

Many of Superman’s romantic interests have had the initials L. L. This includes Lois Lane, Lana Lang, Lori Lemaris, and Lyla Lerrol. Against all odds, Lex Luthor and Superman haven’t yet hooked up.

29. Keeping it in the Family

Supergirl’s alter ego is actually Linda Lee. She’s also superman’s cousin. Could the “L. L.” name pave the way for an incestuous fling–we’re not sure if this sort of thing is frowned upon on Kypton.

It has been explained that Superman doesn’t wear a mask because he wants the public’s trust and people are less trustful of people who wear masks.

27. Superman But With Money

There is a version of Superman from an alternate universe who was raised by Bruce Wayne’s parents after Bruce Wayne died.

26. Did Nazi That Coming

There is also a version of Superman named Overman. His gimmick? He’s a Nazi. With an oddly Jewish name. Cool.

Speaking of Nazis, they were not big fans of Superman as he was considered to be a hero emblematic of America propaganda during the war. If only America remained as tolerant of immigrants.

The original reason for Lex Luthor hating Superman is that Superman made him bald. They’ve since come up with better reasons, but we still like that one.

Superman was once bitten by Dracula, but because Superman’s cells contain so much solar radiation, Dracula exploded.

With his photographic memory and super speed, Superman can absorb a PhD’s equivalent of knowledge in a matter of seconds. Yes. But does he understand it? Probably. He’s Superman.

Superman once went on a double date with Spiderman, which begs the question: How old were these girls? It’s either “Yay Spiderman,” or “Eww Superman.”

Batman has a piece of kryptonite entrusted to him by Superman in case Superman ever goes rogue.

Superman once held Thor’s hammer Mjolnir. He managed to lift it not because he’s Superman, but because he was deemed “worthy.”

According to Martha Kent, they would wrap Superman’s Christmas gifts in lead so that he couldn’t get a sneak peek with his X-ray vision. We guess lead wrapping paper was just much more readily available in the 50s.

In 1993, Superman was killed by the villain Doomsday.

Superman apparently comes with a curse. George Reeves committed suicide. Christopher Reeve was paralyzed in an equestrian accident. The baby who played Kal-El in 1978’s Superman died at the age of 14. And Henry Cavill was cursed with blinding handsomeness.

13. Will the Real Clark Kent Please Stand Up

Clark Kent is also a character in the Marvel Universe where he is a mild-mannered reporter. And that’s it.

Superman has a dog named Krypto: The Superdog. The dog ended up getting his own animated series.

In the fiftieth issue of the comics, it was revealed that Thomas Wayne convinced Jor-El (Superman’s father) that Earth was the best place to send his son. We guess Thomas Wayne just wanted someone that his son could play with.

The Royal Canadian Mint printed official coins of Superman in Canadian currency because Canadian money has, and always will be, weird.

In a 1978 comic, Superman teamed up with Muhammad Ali to fend off an alien invasion. The book suffered so many delays that by the time the book was published, Ali was no longer World Heavyweight Champion, having been dethroned by Leon Spinks in February 1978. Perhaps reinvigorated after seeing himself fight alongside Superman, Ali won back the title later that year.

7. Party in the Back

In the 90s, Superman wore a mullet. Even Superman wasn’t invulnerable to bad hair.

Making an ‘S’ symbol on your chest is how you say “Superman” in American Sign Language. Making an ‘L’ on your forehead is not how you say Lex Luthor.

In 1945, the US government had to ‘cover up’ a Superman comic about scientists splitting the atom to create an atomic bomb as scientists at the Manhattan Project were working on the real thing.

In one of the comics, Superman renounces his American citizenship to fight American foreign policy. Didn’t work.

George Reeves, who played Superman in the 1950s, once convinced a young fan not to shoot him in the chest with a pistol by telling him that the bullets could ricochet and hurt someone else. 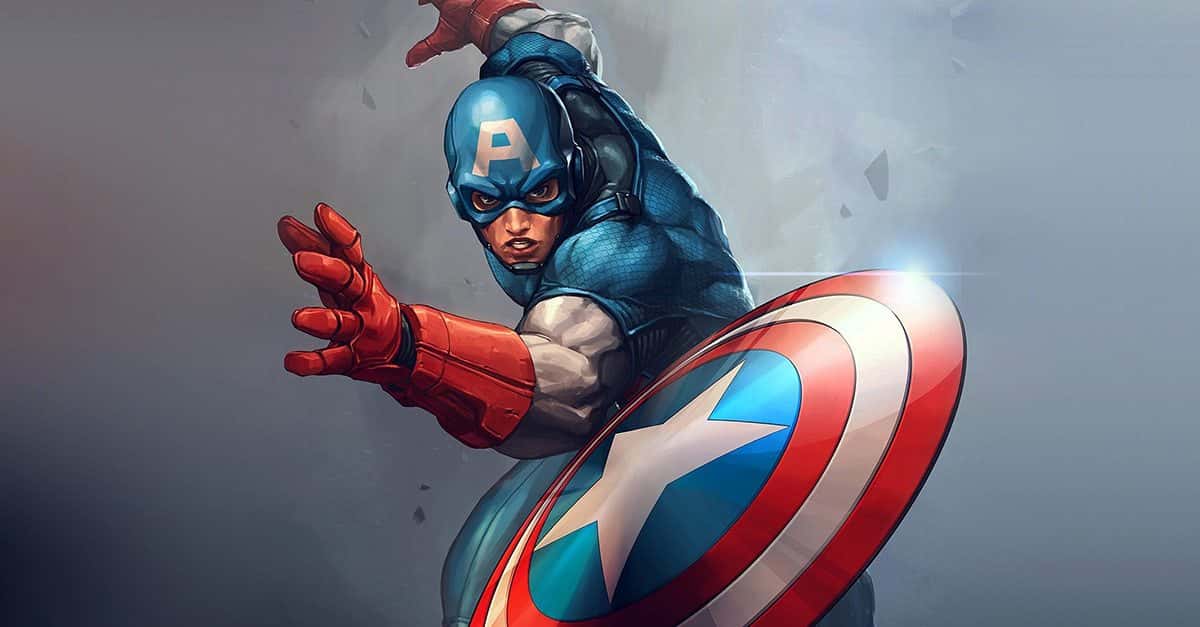