One of the most influential pop punk bands in history, Blink-182 has sold over 50 million albums worldwide, and has been referred to as the “contemporary punk’s version of The Beatles.”

Here are a few things you might not know about Blink-182.

The original trio of Tom DeLonge, Mark Hoppus, and Scott Raynor went by the names Duck Tape and Figure 8 before finally settling on Blink.

Their original band name was Blink, but an Irish band with the same name threatened them with a lawsuit. Perhaps Blink-1 through Blink-181 were taken?

Once, while trying to impress Tom DeLonge, Mark Hoppus fell from a lamppost and cracked his ankles, an injury that put him in crutches for three weeks.

Mark Hoppus’ girlfriend was angry about how much time he was spending with the band and made him choose between the band or her. He left the band for a short time, but when he heard they were recording a demo tape, he broke up with his girlfriend and came back, which, history has shown, was probably the right move.

Blink-182 founder Tom DeLonge is a strong believer in alien life as evidenced by the song “Aliens Exist” which, as titles go, is pretty on-the-nose.

40. Taking Too Many Shots

DeLonge was expelled from high school after he was caught drinking at a basketball game, but it was through the new school he was forced to attend that he met Scott Raynor and later Mark Hoppus.

In their early days, DeLonge would call up local high schools and try to convince them that Blink was a “motivational band with a strong antidrug message” in hopes of scoring a gig during an assembly or lunch.

When Scott Raynor’s family moved to Nevada, the drummer was briefly replaced by Mike Krull. But eventually, Raynor moved in with Hoppus for a summer, which is when they recorded their first album and filmed their first music video. Things could have been so different for Mike Krull if Mark Hoppus didn’t have extra room in his basement.

The song “Josie” was named after a neighbor’s dog. We’re really hoping that the dog also brought Blink-182 Mexican food from Sombero’s. Just because. Yeah. Just because.

Fletcher Dragge, the lead guitarist of Pennywise, believed very strongly in Blink-182 and demanded that Kevin Lyman, founder of the Warped Tour, sign the band for the 1996 festival, telling him that “they’re gonna be gigantic.” He wasn’t wrong.

After they signed with MCA, they were criticized by the punk community for “selling out.” Hey, if 15 million albums sold is “selling out” then sign us up.

34. The Cause of and Solution to All Life’s Problems

Blink-182’s original drummer, Scott Raynor, was fired in the middle of a 1998 tour because of his alcohol abuse. Okay. Rock stars drink a lot and stereotypes exist for a reason.

33. The Heroes We All Deserve

Raynor was replaced by Travis Barker, who was actually the former drummer for the Aquabats, a California-based pop punk band who claim to be crime-fighting superheroes.

Filling in on the tour from which Raynor was just fired, Travis Barker learned the entire 20-song setlist in 45 minutes before the first show. This means that Barker is either a gifted drummer or Blink-182 songs are really not that difficult.

Travis Barker’s name in the Aquabats was Baron Von Tito. He was not an actual baron.

Before joining the Aquabats, Travis Barker was a garbage man. So he was still playing with drums. Except the drums were full of garbage.

Mark Hoppus used to be only member of the band without tattoos. Now he has two wrist tattoos. One on each wrist representing his wife and daughter.

The distinctive riff from the song “Dammit” was the result of two missing strings on Mark Hoppus’ guitar. If only he’d lost two more strings, the riff might have been twice as good.

The song “What’s My Age Again?” was originally titled “Peter Pan Complex.” Either way, it has a great hook. We’ll let ourselves out.

The song “Emo” was a tribute to one of DeLonge’s favorite bands, Jimmy Eat World.

The band has never received particularly good reviews, with many reviewers dismissing them as a joke. British publication NME was rather critical of the band, begging them to “screw right off.”

Alternative titles for Enema of the State included “Turn Your Head and Cough,” “Viking Wizard Eyes,” and “Blink-182: Electric Boogaloo.”

20. Walking the Dog Down the Aisle

Mark Hoppus was one of Tom DeLonge’s groomsmen at his 2001 wedding. He gave each of his groomsmen a silver yo-yo from Tiffany & Co. This begs the question: Why is Tiffany selling yo-yos?!

When MCA record executives came to hear the new material the band was recording for Take Off Your Pants and Jacket, the band only played two gag songs, one of which was titled “When You [redacted] Grandpa,” and included the lyrics, “Did he tie your hands behind your head and was it on your mother’s bed?” The record execs were justifiably terrified. We think we missed out on a couple of great songs.

DeLonge constantly felt creatively stifled and during his time off from touring, he channeled his chronic back pain and frustration into the album Box Car Racer, a concept album detailing the end of the world that explored his love of Fugazi and Refused.

Instead of hiring another drummer, DeLonge used Travis Barker for the album which Mark Hoppus viewed as a betrayal and led to even more divisiveness within the band.

15. The War against Cuisine

14. Leaving is the Hardest Part

Citing creative differences and family pressures, Tom DeLonge left the band in 2005, and was silent until later that year when he announced his new project, Angels & Airwaves, which he promised would be “the greatest rock and roll revolution for this generation.” He seemed not to notice exactly how ambitious this was.

During the hiatus, Barker and Hoppus continued to make music, forming the band +44, whose debut, When Your Heart Stops Beating, received mixed reviews.

+44 is named after the international dialing code for the United Kingdom, the country where the duo first discussed the project.

10. The Sound of Silence

For three years after the breakup, the band members did not speak to each other at all.

On September 19th, 2008, Travis Barker and his friend Adam Goldstein, were the sole survivors of a plane crash that killed four other people. Barker sustained second and third degree burns, developed PTSD, and required sixteen surgeries.

Upon hearing of the crash, Hoppus immediately jumped on the next flight to the burn center and DeLonge quickly reached out with a letter and a photograph. The band reunited shortly afterwards.

7. Reunited and it Feels So Good

Blink-182 appeared for the first time on stage together in nearly five years as presenters at the 2009 Grammy Awards.

Because of the band’s first split, each of the members had his own attorney, and during recording sessions for their new album Neighborhoods, the band had four managers. This resulted in quite a bit of frustration with DeLonge referring to the attorneys, managers, and publicists as “the absolute diarrhea of bureaucracy.” Eloquent.

5. Awaken the Giant Within

DeLonge abruptly quit the band again in 2014 but came back a day later suggesting that the band undergo group therapy with motivational speaker Tony Robbins. If we only had a penny for every time we’ve heard that one.

DeLonge left the band for good (maybe) in January 2015 to spend more time on “non-musical activities,” which we imagine would put a serious kibosh on a game of musical chairs.

3. Don’t Call it a Comeback

With Matt Skiba taking the place of Tom DeLonge, Blink-182’s latest album, California, became the band’s second number-one album on the Billboard 200 and their first in 15 years.

2. Standing on the Shoulders of Giants

The band has cited The Cure, Descendents, Bad Religion, Screeching Weasel, All, Face to Face, Down by Law, Pennywise, Green Day, The Vandals, Operation Ivy, the Ramones, Refused, and Fugazi as influences. Us too.

1. The Spawn of Blink

Bands that cite Blink-182 as an influence include Good Charlotte, 5 Seconds of Summer, Fall Out Boy, Avril Lavigne, and Mumford & Sons. Us too. 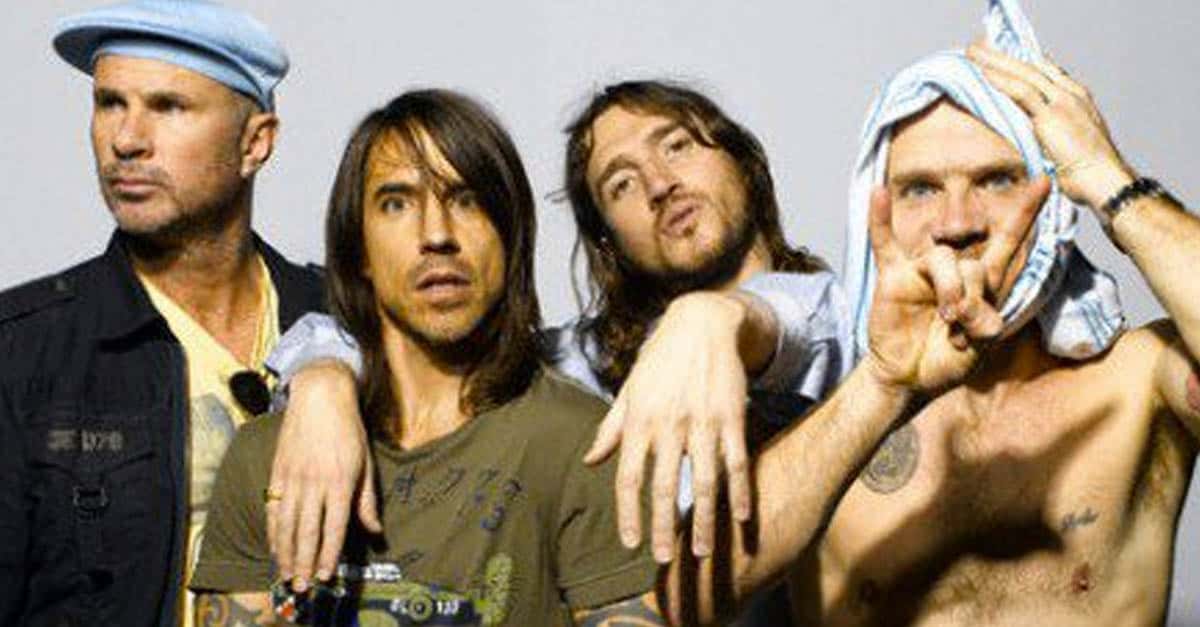