Fun Facts To Tell At Your Next Party

Fun Facts To Tell At Your Next Party

A few random facts can go a long way. Laying down some unsolicited knowledge will impress your peers and even superiors.  One fun fact has the power to change a boring conversation into an awesome one.

When someone asks you: Why do you know that? You’ll know it’s because you took the time to learn a few things about things.

There’s that one person at every party that is full of random, fun facts they can’t help but share. Now YOU can be that person!

Enjoy these 46 random and interesting facts

Vending machines kill 4 times as many people per year as sharks.

The inventor of the Pringles can died in 2008 and had his ashes placed in a can. Don’t ask about the secret recipe!

On average, a four-year-old will ask 400 questions in one day. This is how Aspirin must have got its start.

The computer used to land Apollo 11 on the moon is six times less powerful than the one inside a TI-83 calculator. And here I was typing “boobs” (80085) with my calculator, I should have been flying to the moon.

The oldest condoms ever found were made from animal and fish intestines and date back to the 1640s.

Hans Steininger, the man said to have the longest beard in the world, died in 1567. He tripped over his beard while running from a fire. He would have been a god on Instagram.

On average, every adult human has two to nine pounds of bacteria in their body.

A starfish can regrow its limbs and regenerate its whole body from a single arm. Don’t try this at home.

Google was willing to sell the company for under $1 million in 1999 to a company called Excite. Excite turned down the offer… and were never heard of again.

The weight of all the ants on earth is greater than that of all humans. I would like to take this moment to welcome our ant overlords.

There is a basketball court above the American Supreme Court known as the Highest Court in the Land. Basketball is strictly prohibited when the court is in session as you can hear it through the ceiling. You wonder why the courts are backed up.

The human brain would be able to perform 38 quadrillion (38 thousand-trillion) operations per second if it were a computer. Why do I still suck at math?

Seahorses are monogamous life mates that travel in pairs while holding each other’s tails. Don’t let your significant other read this one.

There is a swirl of garbage in the Pacific Ocean the size of Texas. It is aptly referred to as the Great Pacific Garbage Patch. There are many interesting clean up proposals to remove this garbage without effecting ocean life. Contrary to popular descriptions as “an island of garbage,” it is more accurately “garbage soup:” water that has a high concentration of plastics, sludge and other debris.

If you are Asian, you have a 1 in 200 chance of being related to Genghis Khan. Dude got around.

Your mother was already carrying the egg that became you when she was born. You were late to the party.

Once a year, in the Honduran city of Yoro, it rains live fish in a weather event known as Lluvia de Peces or Rain of Fish. In the months of May or June, each year a large storm rolls through the town with very heavy rain, and once the storm has passed, living fish can be found on the streets. This phenomenon was confirmed by a National Geographic team in the 1970s but whether ot not the fish are literally raining from the sky is still unknown. Some scientist think the fish could be carried in waterspouts or water tornadoes which then drops the fish as the storm loses energy over land.

A photon takes 200,000 years to travel from the sun’s core to its surface. It takes only 8 minutes for it to hit your eye from the surface.

A mosquito has 47 teeth. These teeth are located at the end of their proboscis and are used not used to chew food like our teeth. They are used to cut through the skin or layers of protective clothes. Either way, the can buzz off.

Chances are higher that you become president than win the lottery. In case being struck by lightning didn’t entice you.

26. Show me the meaning of being lonely

The loneliest creature on earth is a whale that has been calling for a mate for two decades. Researchers identified the whale’s abnormally high call over 20 years ago. The unknown whale is called ‘lonely’ because it communicates at a frequency not used by any other whale in the North Pacific, and so far, it has never received a response.

Celebrities who ask for roles in South Park are often given extremely obscure roles. Jay Leno voices Mr.Kitty, Cartman’s cat. George Clooney voiced the dog Sparky in South Park. What can’t he do?

Tigers have striped skin as well as fur. A tiger’s stripes are like fingerprints and no two have the same pattern. Take my word for it; don’t get close enough to confirm this.

Many expensive perfumes contain whale poop. More specifically it contains ambergris which is a waxy substance produced in the intestines of sperm whales. Its fragrance is said to be like bottling the smell of the ocean when you arrive for the first time on a vacation.

Currently, more people in the world suffer from obesity than hunger.

Mice can fit through a hole the size of a ballpoint pen. I now carry a chair around to stand on at all times.

19. You Should See A Specialist

The average hummingbird has a heart rate of more than 1,200 beats per minute.

Bananas share 50% of their DNA with humans. You’re looking a little yellow there.

The human body gives off enough heat in 30 minutes to bring a gallon of water to a boil.

16. What’s The Deal With Airplane Food?

Our sense of taste and smell are cut down by 50 and 20 percent during flights. This is why airplane food doesn’t taste so great. At least that’s what they want you to believe.

A Volkswagen Beetle is the same size as a Blue Whale’s heart. Its arteries are wide enough to swim through.

Sloths are sometimes known to grab their own arms instead of a tree branch, which can lead to fatal falls.

It would take 2,511 years to have more money than Bill Gates if you made $1 per second. I’m willing to try this, quick everyone give me a dollar a second!

You can’t sneeze in your sleep because the brain shuts down the reflex.

Roughly 1,600 people are bitten by other humans in New York City every year. I see now where the big apple nickname came from.

It rains diamonds on Saturn and Jupiter.  When storms form, the planets produce lightning like here on Earth. lightning causes methane in the atmosphere to decompose, producing hydrogen and elemental carbon. As the carbon falls towards the planet, it may bond together forming graphite, and as the pressure builds up closer to the planet’s core, that graphite may be compressed into diamond. If you’re trying to save money on a wedding ring, I know a place.

Cotton Candy was invented by a dentist. Sneaky bastard.

There are more cars in Los Angeles than people. Go for the beaches, stay for the exhaust fumes.

Bubble wrap was originally created as wallpaper. Every wall would be popped the first day!

Your entire body replaces itself every seven years.

After WWII cocoa was extremely rare in Europe and was very expensive. An Italian pastry maker, Pietro Ferrero, wanted to extend his cocoa ration so he created a paste from hazelnuts and mixed in some of his precious cocoa. He formed it into a loaf and that could be cut into slices and served on bread.  His son Michael improved the recipe and produced the first jar of Nutella.

The Northern Hemisphere holds 90% of the world’s population.

Bompas and Parr, a high-end English jam company, has released Occult Jam which have many varieties which contain extremely strange ingredients. Some of the varieties include milk jam infused with Princess Diana’s hair, absinthe and pineapple jam with sand from the Great Pyramids or plum and oak jam with wood from the British warship The Victory, Lord Nelson’s flagship at the Battle of Trafalgar..

For the real factaholics, there are some even more fun facts if you click on that link right there! 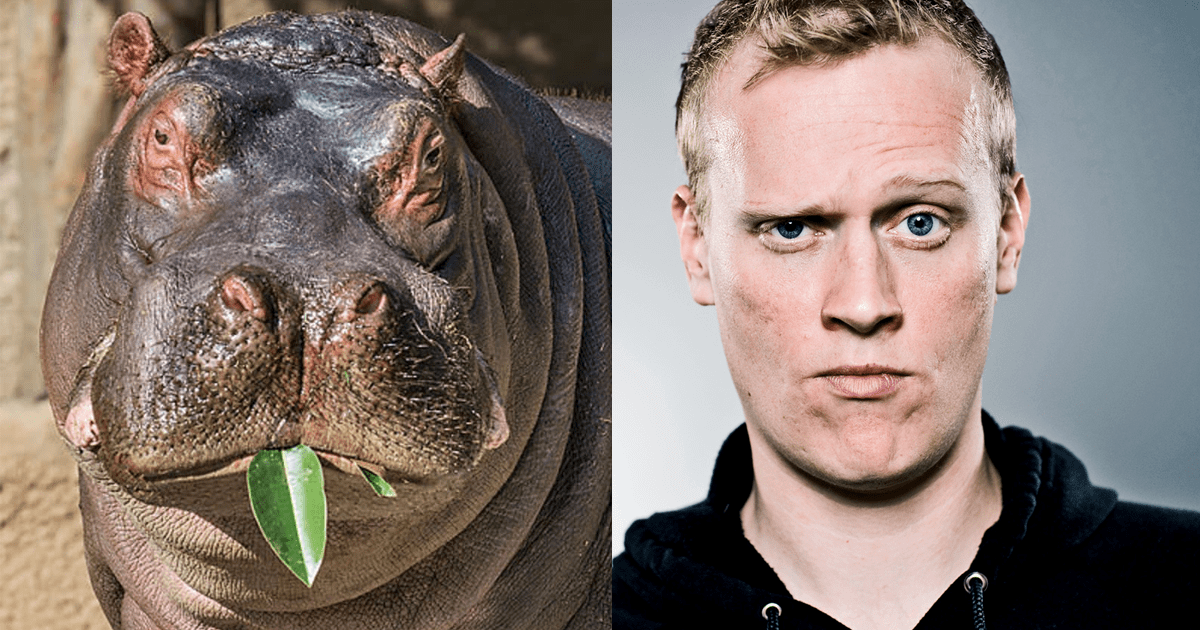 Facts That Sound Fake But Are Actually True