After years and years of saying it would happen, DC Comics finally released a live-action Wonder Woman movie this year. The movie has been a hit with both critics and audiences alike.

The movie has also been seen as victory for feminist filmmaking, owing to its female director and lead character.

Here are 44 things you probably didn’t know about the Wonder Woman movie.

The new Wonder Woman movie is the first live-action portrayal of the character that is meant to appeal to more than just kids.

In the film Wonder Woman’s tiara is an heirloom from Antiope. This is a change from the comics where it could be used as a weapon.

The movie is currently prohibited in Lebanon because the country is officially at war with Israel. Gal Gadot, the star of the film, is Israeli and served in the military. For that reason, the Lebanese government refuses to show the movie.

Wonder Woman is the first female-dominant superhero film to be released in twelve years. The last one was Electra in 2005.

This is the first female-directed live-action film to have a budget of over $100 million. The film’s estimated entire budget was $150 million.

Producer Zack Snyder made cameo in the movie as a First World War soldier.

Director Patty Jenkins is the first woman to direct a superhero movie with a female superhero as the lead role.

Gal Gadot did not know she was auditioning for the role of Wonder Woman at the start of casting. Zack Snyder invited her in for a camera test, and she read the lines she was given.

Director Patty Jenkins had to argue with some film executives to keep the “No Man’s Land” scene in the final version of the film. “It’s my favorite scene in the movie and it’s the most important scene in the movie,” Jenkins said in an interview. “It’s also the scene that made the least sense to other people going in, which is why it’s a wonderful victory for me.”

Filming for the scenes of Themyscira were shot in the south of Italy. Production designer Aline Bonetto said the location was ideal, “Italy had beautiful weather, a beautiful blue-green sea, not too much tide, not too much wave.”

According to Connie Nielsen, who played Queen Hippolyta, the women playing Amazon roles in the movie worked out A LOT. She said that they would, “have 3,000 calories a day, and then do two hours of weightlifting, two hours of swordplay, and two hours of horseback riding.” Gal Gadot trained for months in advance of filming to gain seventeen pounds of pure muscle for her role in the film.

The setting was changed from that in the comic from World War II, to World War I for the movie, because it wasn’t seen as a simple good vs. evil story.

Gadot considered giving up acting before getting the part or Wonder Woman.

Director Patty Jenkins says that Gadot was the one on set who would laugh and break character the most while filming.

Every design decision made for the set of Themyscira came down to director Patty Jenkins and designer Lindy Hemming asking themselves, “How would women want to live that’s badass?”

The movie had been in development since 1996, when Ivan Reitman originally was hired to write and direct it. The movie went through the hands of many writers and directors, including Joss Whedon, before coming into its final form.

Nicole Kidman was reportedly offered the role of Queen Hippolyta but she turned it down.

The scenes in London are a tribute to the 1978 Superman movie. In both cases the protagonist get a disguise of glasses, stops a mugging attack and has some trouble with a revolving door.

Cate Blanchett was offered the chance to take on a role of some kind in the movie, but she turned it down.

This is the first film in Gal Gadot’s acting career in which she received the staring role.

The World War I scenes were shot at Upper Heyford air base in Bicester, England.

Director Patty Jenkins spent a lot of time trying to find a scene to put the Wonder Woman theme song from the 1970’s TV show into the film. Unfortunately, she couldn’t find anywhere it would fit.

Angelina Jolie was offered the chance to play the lead role way back in 2005. In 2015, she was then considered as a possible director for the movie.

Gal Gadot started working on her character six months before any filming for the movie began.

Wonder Woman is the first full length film Patty Jenkins has directed since 2003.

The character of general Ludendorff was a real person. He was one of the top German generals during WWI and later supported Adolf Hitler’s failed coup to take power in 1923.

Patty Jenkins admitted that she wasn’t sure if Gal Gadot would suit the role for Wonder Woman at first. Good thing she changed her mind on that one!

The first two letters on the armored Wayne Enterprises van in the move are “JL,” a possible nod to the Justice League.

The film’s closing credits contain thanks to the comic writers of Wonder Woman and Lynda Carter, the first live-action Wonder Woman actress.

In the movie, Diana works at the Louvre Museum in Paris, France. This is slightly different from the comics where she briefly worked at the Gateway Museum.

Director Patty Jenkins was originally in talks with Warner Bros. to direct the movie way back in 2005, but due to an unexpected pregnancy, she had to step down.

The DC Films intro in this movie and will appear at the beginning of DC Extended Universe movies from now on. It features characters who have already made/will make their debut in future films.

Gal Gadot will appear in a movie as Wonder Woman again this year. She will have a role in the Justice League movie, which is scheduled for release in November of this year.

This film is the first live-action appearance of a young Diana; previous live-action versions only showed her as an adult.

Warner Bros. has spent a total of over $3 million on creating advertisements for this film.

Wonder Woman is the 16th superhero movie ever to have earn over $100 million.

For the Japanese dubbed version of the film, Wonder Woman is voiced by Kotono Mitsuishi, best known as the voice of Sailor Moon.

3. The only thing that may have made the movie better

Director Patty Jenkins is a big fan of the 1970’s show Wonder Woman and wanted Lynda Carter who played Diana on the show to do cameo for the film. Carter had scheduling conflicts and was unable to unfortunately.

In the early comics, Wonder Woman was often tied up and whipped by men. The bondage-loving psychologist who created her believed that women “were actually superior to men, but that they could only realize it by giving into submission.”

From the 1950s-1970s, Wonder Woman was gradually diminished until she was essentially a domestic and romantic heroine. But in 1972, feminist activist Gloria Steinem put Wonder Woman on the cover of Ms. Magazine. She became a mascot of the women’s liberation movement and a cultural icon in her own right. And she certainly still is today.

Gal Gadot did re-shoots for the movie (including stunts) while she was five months pregnant. Now that is a Wonder Woman! 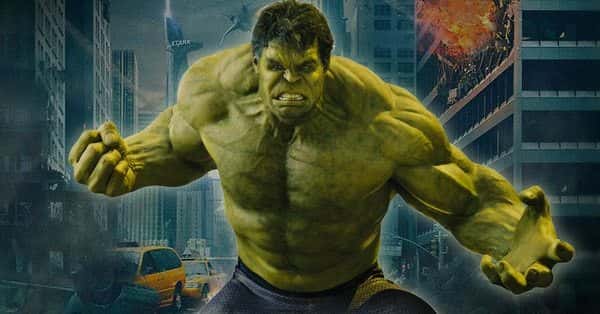 Smashing Facts About The Incredible Hulk

Smashing Facts About The Incredible Hulk