James Bond: A gun and a radio…not exactly Christmas, is it?

Q: What did you expect, an exploding pen? We don’t really go for that anymore.

Skyfall is one of the most popular films in the James Bond franchise. If you’re a fan of Skyfall, here are 44 fascinating facts that you may not have known about the movie.

Skyfall was the most financially successful world wide box office premier of any James Bond movie in history. It also made over $1 billion when all was said and done.

Daniel Craig performed many of his own stunts, including the rooftop fight scene in the beginning of the film.

Ben Whishaw, the actor who plays the computer genius Q, didn’t even own a computer in real life at the time.

In the opening title sequence, daggers land in a graveyard. One of them is called the Fairbairn-Sykes, which is a knife given to members of British Special Forces.

Skyfall was the first James Bond film where the “f word” can be heard.

In reality, the set of M’s house belonged to John Barry, the man who composed the music for the older movies.

The opening scene took place in Turkey. It took 4 months of planning, 200 crew members, 3 months of rehearsal, and 2 months of filming just to complete the first 12 minutes of the movie.

When Daniel Craig first heard Adele’s song “Skyfall”, he started to cry from how beautiful it was.

The passport that Bond uses in the movie isn’t a prop. It was actually a real passport made by the British Home Office. It has Daniel Craig’s photo, with the name “John Adam Bryce”. However, it cannot actually be used for travel

Sales of the old fashioned “cut throat” style razors went up by 400% after the premiere of Skyfall, because of the sensual shaving scene between Eve and James Bond.

Adele’s “Skyfall” was the first song specifically written for a movie soundtrack to make it to the Billboard Top 10 in ten years. Before then, it was Eminem’s “Lose Yourself” from 8 Mile in 2002.

This was the first movie where any James Bond ever wore a gray suit. For years, he only wore black.

Kevin Spacey almost played the villain instead of Javier Bardem.

The painting that Q and Bond are looking at in the National Art Gallery is called “The Fighting Temeraire” by J.M.W. Turner.

This was the first Bond movie to every shoot a scene in China.

Skyfall contains 500 CGI shots. They needed to employ over 1,000 people across the world to work on the computer-generated scenes.

Skyfall was the first Bond film to be released in IMAX.

The gun that belonged to James Bond’s father at his house in Scotland is a .500 Nitro Express. It was mainly used for elephant hunting. In the movie, when people are shot, they simply fall. In reality, a blow from a .500 Nitro Express is powerful enough to blow their arms and legs off in one shot.

Twenty different identical Honda motorcycles were needed to shoot the opening scene. Stunt camera men drove their own motorcycles while holding the cameras and following the actors at the same time.

Skyfall has the most product placement of any James Bond film.

The gun given to James Bond by Q is called a Walther PPK/S 9mm.

In the film, there is a reference to “Station H”. In the books, that is the name of the MI6 Headquarters in Hong Kong.

In order to prepare for his role as the villain, Javier Bardem had the script translated into Spanish, so he had a copy in each language. This helped him understand the character in his native language, so that he could give a better performance in English.

The Aston Martin in Skyfall is not the true original car from the older Bond movies.

The very first James Bond movie came out in 1962, and Skyfall came out in 2012, meaning that it signifies exactly 50 years of Bond films.

In 2012, the same year Skyfall came out, Daniel Craig and the Queen of England acted in a skit that became part of the opening ceremony for the Olympics. In the skit, Craig accompanies the Queen into a helicopter, and stunt doubles jumped out with British flag parachutes.

Daniel Craig began training for his role 6 months before the film began. During the days when they were shooting the movie, he would finish his scenes and leave the set to work out for two hours a day.

The director, Sam Mendes, wanted actors to play Silva’s henchmen, rather than stunt men. So he set up a training camp where the actors were taught how to fight on screen. They started with 42 actors, and narrowed it down to only 7.

During weapons training, the cast went through 200,000 rounds of ammunition.

To train for her role as Eve, Naomi Harris had to work out for two hours a day for two months before the film began. She also had to train in stunt driving and combat.

Despite playing enemies, Javier Bardem and Daniel Craig became friends on set, because they both played rugby. Bardem even made it to the national level when he was a kid.

Skyfall Lodge is not a real house. It was just an exterior set made of plywood and plaster stone.

The stags in front of the Skyfall estate were inspired by the real-life Duntrune Castle in Argyll, Scotland.

Patrice kills an art collector who is looking at a painting in Shanghai. The painting he is looking at is called Woman With a Fan by Amedeo Modigliani. In reality, it was stolen in 2010. The movie suggests that the man who was killed was buying stolen paintings on the black market.

During the scene on Silva’s island, the French song that is playing in the background is called Boum! by Charles Trenet. It was originally recorded in the 1930’s.

In real life, Silva’s island is called Gunkanjima, and it’s off the coast of Nagasaki. At one time, it was the most densely populated place in the world. The island is owned by Mitsubishi, and it sits on top of an underwater coal mine. They built apartments and warehouses for employees to work. It officially closed in 1974, and became a total ghost town. This made it the perfect set for Silva’s creepy hideout.

8. From Austria, With Love

The helicopter that attacks the Skyfall estate has the colors of the Austrian Air Force. While it is never mentioned, some may interpret that as a loyal connection that Silva was able to buy.

The Skyfall movie is mostly based on Ian Fleming’s novels You Only Live Twice and The Man With The Golden Gun.

A character called Fukutu, played by Tom So, plays a high-stakes gambler in both Casino Royale and Skyfall. He can be seen in the Macau casino playing billiards.

The movie was getting so long that they had to cut 10 minutes from the film.

4. Keep Calm and Carry On

The underground headquarters of MI-6 are real bunkers under London called The Churchill War Rooms. In 2016, they became open to the public as a museum.

MI-6 is blown up in the film, and it causes a massive explosion in London. In real life, they set off fireworks so that the actors knew the timing of when to react. A computer-generated explosion was put in later.

2. The Gloves That Didn’t Love Me

The film was almost completely bankrupted by a pair of gloves that Daniel Craig had purchased. With the director’s approval, he wore them for an extremely expensive-to-shoot action scene where falls into a pit filled with Komodo dragons. In the scene, the villain gets Bond’s gun, but the gun doesn’t fire because it’s equipped with fingerprint-sensing technology that makes it utterly useless for anyone other than bond.

After the scene was shot, an editorial assistant piped up and said, “Wait a minute. The logic here is that the villain can’t fire Bond’s gun because it has a fingerprint scanner, but if that’s the case, then how was Bond ever going to fire it wearing gloves?”

After the blood rained from everyone’s face, they started running some numbers and determined re-shooting would cost millions of dollars that simply wasn’t in the budget. They wound up digitally coloring the gloves the same color as Craig’s skin pigment, but his hands still look ridiculously pudgy in the final cut.

At the 2013 Academy Awards, Skyfall was nominated in more categories than any other Bond film- Best song, score, sound mixing, sound effects, and cinematography. 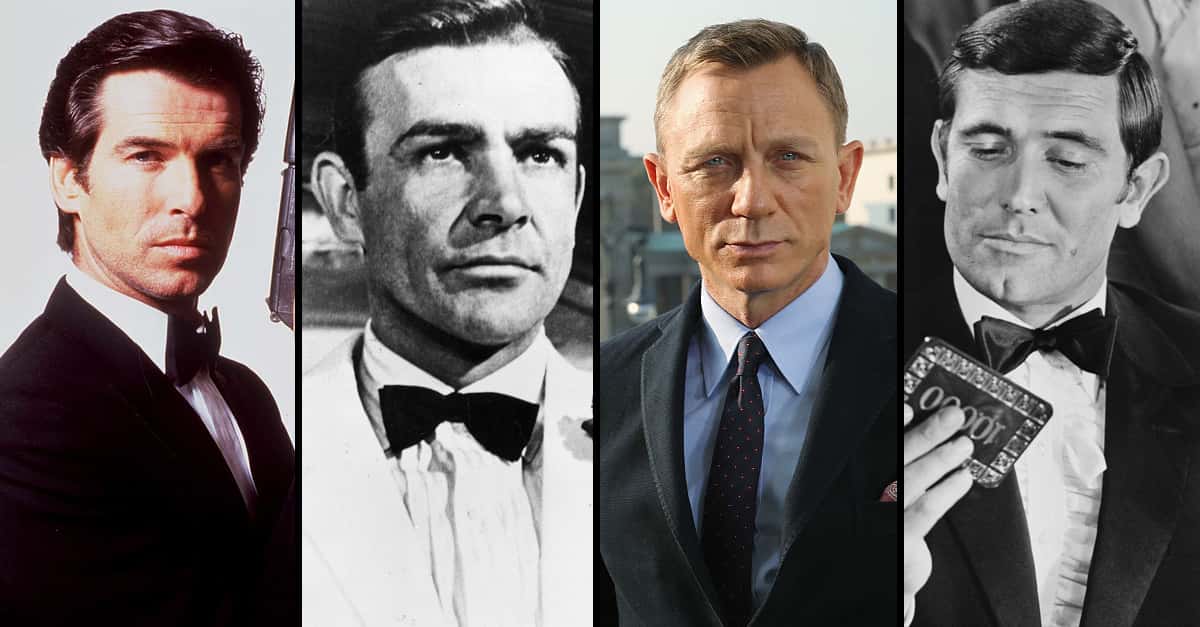