CSI: Miami was a TV series about a group of detectives and crime scene investigators that busted bad guys and solved mysteries by using high-tech crime scene investigation techniques in a city that star David Caruso called “one of the great cultural melting pots in the world.” It aired for a whopping ten years, from 2002 to 2012, and it’s style set the tone for so many other procedural dramas that premiered during that decade. People still continue to watch reruns of it to this day. Here are 43 crime-busting facts about CSI: Miami.

In 2012, CSI had the highest rating of any TV show in the world. Fans loved it’s eccentric lead detective, depiction of the gritty criminal underbelly of Sin City, grisly crimes, and depictions of crime scene investigation techniques never before seen on TV—not to mention the explosive theme song.

The producers of CSI knew that the TV show was so popular that other networks were bound to try to copy the idea and create similar series. They beat them to the punch by copying themselves and creating CSI: Miami.

CSI: Miami was on air for 10 years, and made a total of 232 episodes. All the better for syndication!

Many characters have appeared on the show during its 10 years on air, but the only two that show up in every single episode are Horatio Caine and Calleigh Duquesne.

Whenever you see B-roll scenes taken from a helicopter, you are really seeing Miami. However, the rest of the show was actually filmed in Manhattan Beach, California.

Don Johnson, the former star of Miami Vice, was almost cast in the role of Horatio Caine. He’s probably the only other actor who could wear sunglasses with such finesse and flair.

David Caruso plays the main character, Horatio Caine. He is a redhead, which is rare to see for a leading man. Caruso was quoted saying, “My visibility may have gotten Hollywood to redefine what’s attractive.” We’re sure that Domhnall Gleeson and Damian Lewis appreciate it, David!

Horatio Caine’s character is loosely based on the real-life LAPD bomb squad detective John Hayes. At first, Hayes was on set of CSI: Miami as a bomb expert. He was friends with one of the producers and writers, Elizabeth Devine. He began to tell her stories of his time spent as a homicide detective, and Elizabeth began to incorporate elements of John’s experiences into the scripts. John Hayes would also consult the actors on their reactions to certain situations based on his own experiences.

Kim Delaney left the show after ten episodes because, despite her talent, the producers felt they she didn’t have enough chemistry with David Caruso, and their character’s romantic arch wouldn’t have played as natural. They ended up writing her out of the show. The excuse for her character’s exit was that she was still mourning her husband’s death, and couldn’t emotionally handle her job.

The character Horatio Caine was named after an author from the Victorian Era named Horatio Alger. He wrote books for young boys with characters who all came from poor families and find a way to work hard and enter the middle-class life. This coincides with Caine’s character–a man who came from a very rough family situation, and worked to rise in the ranks of the criminal justice system.

Actress Sela Ward was offered Kim Delaney’s role in CSI: Miami, but she turned it down. She eventually showed up in the CSI: NY series, instead.

In 2004, Ubisoft released a PC video game for CSI: Miami. The combo of the phrases “PC video game,” “CSI: Miami” and the following image could’ve only happened in 2004.

Marksmanship experts who watched the show may have noticed that actor David Caruso is right-handed, but “left eye dominant.” You can tell by the unique way he holds his gun. Both that and his dramatic use of sunglasses became a sort of visual signature for the show.

Only a few CSI: Miami beach scenes were shot in Southeastern Florida, while the vast majority of them came from Long Beach, California. In fact, most of the scenes shot outside reveal the mountains in the background. Florida doesn’t have mountains. It’s almost entirely flat.

The writers of the show tried to make the CSI techniques as accurate and close to reality as possible by bringing in consultants. However, for the sake of the timeline in an episode, they had to speed up the process. In real life, the “red tape” and bureaucracy that occurs in government agencies would make investigations take much longer.

During Season Nine, Emily Procter, who plays Calleigh Duquesne, was pregnant. They did not want to write a pregnancy for her character in the show, so they needed to get creative in order to keep her in every episode. If you pay attention during that season, you would notice that she is always standing behind a desk, or the camera does a close-up shot on her face. This way, they hid her pregnant belly.

The CSI: Miami Headquarters building is actually the Hawthorne California FAA Credit Union building. It was also used as the location of the Newport Group in The OC.

In the TV show, they usually trace a gun to the name of someone with a criminal record. In reality, Florida has extremely relaxed gun control laws. Many guns don’t get registered, and there isn’t actually a database.

In reality, Miami’s crime processing department is called the “Crime Scene Investigation Bureau,” or CSIB. Producers took the liberty of changing the name of the department for the sake of the show, so that it could fit in with the rest of the CSI brand.

In the show, the agents that collect the evidence often go back to their lab and process it all. In reality, the individual agents do not run the tests; they are sent to a separate Crime Lab. Since samples must be processed, the results can take far longer to arrive than what you see on the show.

In real life, everyone in the Miami Police Department needs to know Spanish. Two out of every three residents of Miami-Dade county speak Spanish as their first language.  In CSI: Miami, this is not well represented.

Horatio Caine calls Ryan Wolfe “Mr. Wolfe.” Caine doesn’t call anyone else on the show “Mr.” Fans have speculated that this is a subtle reference to the character Mr. Wolf from Pulp Fiction, which has inspired nearly everyone working in film.

The phone number on the Miami Police Department cars is the actual phone number to call if you’re in trouble in the Miami area: (305) 4-POLICE. This is a non-emergency number to contact the local police, but obviously, in a dire situation, they can still call 911.

At the end of every CSI: Miami case, the criminals always confess to their crimes when they are being questioned by detectives, after they’ve been presented with all the crime scene evidence pointing to them. This is not at all accurate to real life. The writers of the show did this on purpose in order to give the audience a satisfactory ending, so there is no question as to whether they solved the crime or not.

The CSI series are so popular that CBS decided to declare March 4th as World CSI Day.

The CBS website still sells CSI: Miami merchandise, despite the fact that the show has been off the air for several years. This is rare for a TV network to do this, and it shows that the reruns are still popular around the world.

13. Beyond the Shadow of A Doubt

Whenever a CSI agent runs a DNA sample or fingerprint in the show, the computer usually claims that they have a match with 99.32% certainty. As a result, the show has faced some criticism for re-using the same shot of a computer screen over and over.

If you pay attention, in every scene that shows a sidewalk, it’s always shown as wet. Fans theorize that this is to make it look more authentic to Miami, since it tends to rain a lot in Florida.

The set of the autopsy theater on CSI: Miami was based on a similar design from the 1970s film The Andromeda Strain.

Multiple times in the show, people are present for autopsies wearing the clothes that they had out on the street. This would never happen in real life, because it could contaminate the evidence. It would also be an health violation, and any police department that allowed that to happen would probably be shut down.

Whenever an officer picks up evidence on the show, they are shown using a pencil or a handkerchief. In real life, detectives must use plastic gloves and sheets of plastic to ensure that absolutely nothing contaminates the evidence.

CSI agents in the real world are constantly taking notes and sketching information about a crime scene, because much of it is used as evidence in court. However, you do not see this practice on the show.

CSI: Miami was the only CSI series that did not have any Academy Award nominees acting in their cast.

4. Not Safe for Work

In the UK and Ireland, they began showing older episodes of CSI: Miami in 2016 on the Universal Channel during the day. Because it shown during the daytime, the show has been strongly censored. You won’t see nearly as many images of autopsies, blood, and gore.

2. All Good Things Come to an End

The show was cancelled in 2012, but reruns are still very popular where they appear in syndication all over the world.

The show has bled into real life through a disturbing phenomena called the CSI effect, which refers to the way that TV portrayals of forensic science can influence juries. It came into play during a high profile trial in 2005, and a lawyer called an entire jury “incredibly stupid” after they acquitted actor Robert Blake for the murder of his wife. 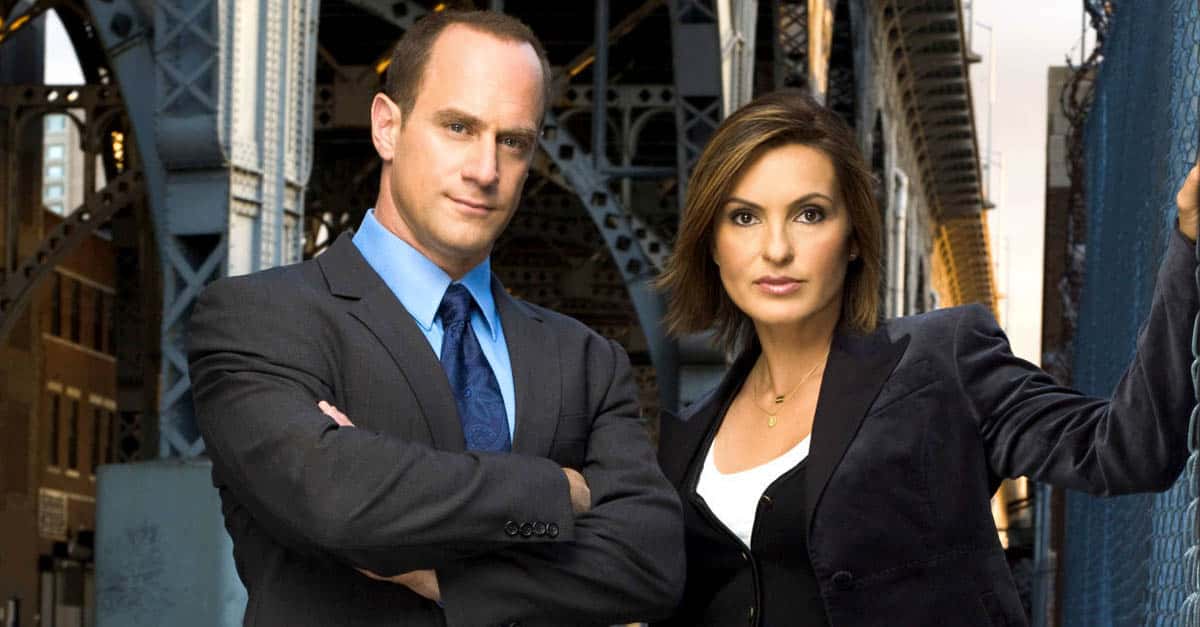