Critically acclaimed, thought provoking and mind blowing, LOST was the ABC television show that ran from 2004-2010. It began the trend of ensemble casts with flashbacks/forwards/sideways that leave us wanting more while trying to figure out what we just witnessed. A show packed full of clues, mysteries, literary-historical allusions and smoke monsters that take your breath away!

Here are 43 things you might not have known about the modern classic TV show “Lost.”

Sawyer’s character was originally thought of being an older, classy con man from Buffalo. The character changed after Josh Holloway forgot one of his lines in the audition and kicked a chair out of frustration. The writers loved the dark side to the character and changed him into the southern drifter we know today. The lesson here is: if you’re nervous for a job interview, just try losing your temper!

In the scenes where Charlie is doing heroin, Dominic Monaghan is actually snorting brown sugar. Talk about a sugar addiction!

Michael Keaton was originally cast in the role of Jack. In early drafts, Jack was set to be killed off by the monsters after they found the cockpit.

ABC didn’t like seeing the hero of the story killed off so early in the series and demanded a change in the script. Once they changed it, Michael Keaton dropped out of the project because he didn’t want to commit to being a television series regular.

Forest Whitaker was originally cast as Sawyer, but eventually dropped out of the project to direct the film “First Daughter,” which just so happened to star Michael Keaton as the United States President. Nothing like a movie filled with all the people the creators wanted to rub salt in the wound.

The Character of Charlie was part of the fictional band “Drive Shaft” whose one-hit wonder was “You All Everybody.” That song can also be found in the background during an episode of Alias (2001), which is another show created by J.J. Abrams.

In the scene where Charlies holds the heroin after finally quitting, Dominic Monaghan has said he based his performance on Andy Serkis’ Gollum from The Lord of the Rings holding the One Ring. Oddly enough, Andy Serkis based Gollum/Smeagol on a heroin addict. That is full circle!

The two-part pilot episode is the most expensive pilot in ABC’s history. The episode cost between $10 million and $14 million whereas a usual pilot will cost around $4 million.

Yunjin Kim (Sun) was originally thought of for the role of Kate, and she even read for the character.

The producers felt Yunjin Kim wasn’t the right fit for Kate, but they liked her so much that they decided to write a brand new character just for her.

There are scenes left over in the pilot episode where Josh Holloway is trying to cover up his southern accent as a character choice. It wasn’t until J.J. Abrams told him that one of the reasons he was cast was because of his accent that Holloway changed it back.

Over 50 different babies played the character of Aaron over the course of the show. Beat that, Olsen twins!

31: How I Met My Lottery Numbers

Jorge Garcia (Hurley) had a guest spot on “How I Met Your Mother” playing the character “Steve ‘The Blitz’ Henry” who had was known for having awful luck, just like Hurley on Lost. Later in the episode, someone asks for a random phone number, and he uses the same lottery numbers from Lost that began his bad luck as the random phone number: 481-516-2342.

Parts of the plane seen in the pilot episode were used as percussive instruments in the soundtrack. This is the coolest instrument you can possibly play
“You want to join the band? What do you play?”
“Airplane.”

Charlie has a shoulder tattoo that reads “Living is easy with eyes closed.” This is a lyric from The Beatles’ song “Strawberry Fields Forever”.

Every single season finale was written by Damon Lindelof and Carlton Cuse and was directed by Jack Bender.

The character Claire Littleton loves peanut butter in the show, but the actor portraying her, Emilie de Ravin has a peanut allergy. Thank goodness she’s not a method actor!

26: The Last Time the Numbers Were Lucky

In 2003, while on vacation with his family in Hawaii, the then chairman of ABC Entertainment, Lloyd Braun, watched his network’s airing of the movie “Cast Away” and thought to himself that the concept would make a compelling show.

24: The Sound of Silence

When Lloyd Braun pitched the idea during a ABC corporate retreat, the room reportedly fell “dead silent”. I guess they felt Lost.

Thom Sherman, the head of ABC’s drama development department happened to love the idea and decided to hire the up and coming writer Jeffrey Lieber (Tuck Everlasting) to write the pilot.

22: A Pilot That Led Nowhere

In the first draft, Lieber changed the title of the series to “Nowhere.” Unfortunately, the script didn’t live up to Braun’s expectations and Lieber was taken off the project; however he would go on to receive a “created by” credit on the finished show. Braun then looked into J.J. Abrams, who was still working on his television show “Alias.”

J.J. Abrams discovered Jorge Garcia (Hurley) on an episode of “Curb Your Enthusiasm” and had decided he wanted to cast him in something.

Garcia originally read for the role of Sawyer because the character of Hurley did not exist yet. I guess it never hurts to have J.J. Abrams in your corner.

The writers wrote Hurley based on Garcia. Jorge Garcia was essentially cast as Jorge Garcia.

The polar bear that chases Sawyer in the pilot episode was originally going to be a wild boar.

In Season 2, Episode 2 (“Adrift”), if you look closely, you can see a “Dharma Initiative” logo on a shark’s tail when Michael is helping Sawyer back onto the raft. That’s some high tech sea life!

16: An Idea That Turned To Stone

The Dharma Initiative wasn’t always the name they were going to use. Originally it was to be called “Medusa Corp.”

Then chairman, Lloyd Braun, did the “Previously on Lost” voice during the intros that ran at the beginning of every episode.

Ian Somerhalder (Boone) was the first actor to be cast on the show and the first main character to be killed off.

The first raft that was built in season 1 sank, and the second one they built was too fast and would continue to outrace the camera boat.

In the Season 3 episode “Expose”, Daniel Roebuck (Leslie Arzt) had to do a scene with a live centipede. “It took two entomologists to keep the centipede from ripping off my face,” he says. “They had to restrain it between takes!”

In the pilot episode, Jack Shephard mentioned that he had taken flying lessons, which led to many fans speculating it as a hint about a possible future plot line such as him flying the Ajira plane off the island. However, Cuse said that the line was a “non sequitur” that they put in simply because Matthew Fox had taken flying lessons in real life.

Executive producer Damon Lindelof took the cover of the hatch, which was marked “quarantine,” refurbished it, and turned it into a very niche coffee table.

Evangeline Lilly (Kate) took the original “Dear Mr. Sawyer” prop letter from season 1, but it unfortunately burned in a house fire that ruined her home in 2006.

In “Everybody Hates Hugo” (Season 2, Episode 4), Hurley has a dream that involved him chugging milk in the hatch and on the carton of milk, Walt’s picture is on the side under the word “MISSING.”

7: Always Sunny On A Desert Island

Damon Lindelof was a big fan of It’s Always Sunny in Philadelphia, and therefore invited creator/star Rob McElhenney to play Aldo in Season 3.

At Jorge Garcia’s Hawaii home he had a locked mailbox installed where scripts would be delivered. Upon reading the series finale, he cried. Did he cry because he was unemployed now? This show has so many questions!

Before shooting the final season, they brought in a Hawaiian priest to bless the set and crew.

4: Boots So Old They Have A Personality

Josh Holloway wore his own boots during the show that he had owned for 12 years before the series even began filming. I hope he used air freshener on those things!

Yunjin Kim (Sun) and Cynthia Watros (Libby) both attended the British American Drama Academy and graduated together too.

2: You’re Not Filming Today! Get Lost!

There are no cast members that appear in every episode of the series.

1: Love Story Based on Desires

The widely critiqued love story between Sayid and Shannon was never actually proposed by the writers. Naveen Andrews (Sayid) reportedly came up with the idea of the love story on his own. The lesson here is: if you want to make out with a co-worker, just ask your boss! 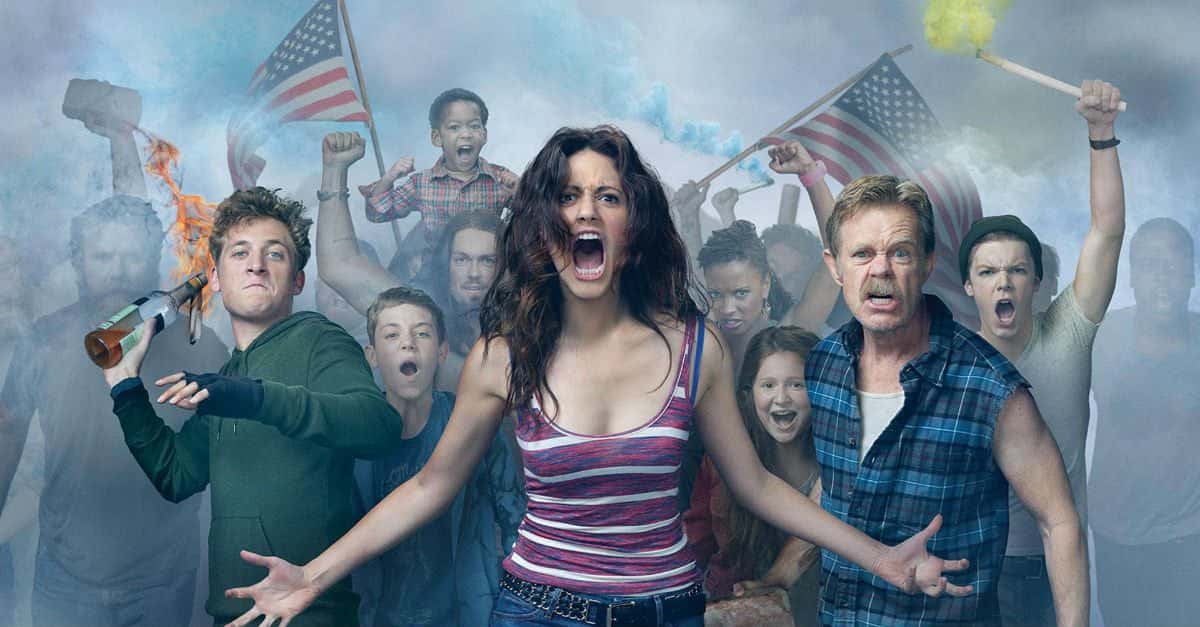