Here are some facts you may not know about Green Day.

Billie Joe Armstrong, Green Day’s lead singer, was a vegetarian in the early 90s, but gave it up after he had lost too much weight.

Green Day started playing together in 1987 out of a DIY venue called “924 Gilman Street” in Berkeley, California. The venue banned them from playing there once they had signed a record deal with major-label, Reprise Records. I’m sure the band dried their tears with money.

In 2001, Green Day snuck back on the Gilman stage and played a secret show after punk band ‘The Influents’ finished their set. None of the staff knew this plan, but deep down I bet they all gave them back their punk cred.

Billie Joe Armstrong was given his first guitar at the age of 10. It was a Fender Stratocaster that he nicknamed “Blue”. Billie received unconventional lessons, never fully learning how to read music, but rather learned finger placement.

Mike Pritchard, bassist for the band, goes by the last name ‘Dirnt’. He got this name in high school, where he constantly played air-bass-guitar while singing “dirnt, dirnt, dirnt”.

Mike Dirnt was adopted as a newborn because his mother had serious drug problems. At the age of 15, Dirnt left his home to live in a truck and ended up moving in with Billie Joe and his family.

Billie Joe Armstrong identifies as bisexual. In a 1995 interview he stated: “It’s something that I’ve always been interested in. I think people are born bisexual and it’s just that our parents say it’s taboo. It’s ingrained in our heads that it’s bad, when it’s not bad at all. It’s a very beautiful thing.”

Armstrong dropped out of school a day before his 18th birthday. In 1994, he was quoted as saying “School is practice for the future, and practice makes perfect, and nobody’s perfect, so why practice?” Stay in school kids. That or start a multi-million dollar band.

Billie Joe Armstrong sold joints in high school for $2 and was given the moniker “Two Dollar Bill”.

Sofas became a running theme for the band and can be seen in multiple videos. Billie even wrote an article on being a couch potato for a punk fanzine called “Absolutely Zippo”. If you want to be successful, be a couch potato, I guess.

Each band member has a love for tattoos. Some of these include a symbol on Billie’s chest, meaning ‘potent male’, a TV falling out of a broken window on Tre and the Japanese symbol for marijuana on Mike’s right arm.

The song “Wake Me Up When September Ends” is a tribute to Armstrong’s father, who died of cancer in September 1982.

The music video for “Wake Me Up When September Ends” depicts a soldier leaving his girlfriend at home to go to war in Iraq. This was met with hostility in the US due to its strong anti-war sentiment. Make love, not war.

Green Day drummer, Tre Cool, was enrolled in Clown College before joining the band. Between pulling scarves out of your mouth and joining a internationally successful band, I think he made the right decision.

Though not officially confirmed, legend has it that Tre lost a testicle during a unicycle accident. The story is that he apparently fell off a high school stage and landed on the unicycle he was riding.

During a mud fight started by the band at Woodstock 1994, Dirnt was so covered in mud that he was mistaken for a stage-rushing fan. Security roughed him up so bad that he lost some teeth.

Rivers Cuomo, the lead vocalist for Weezer, claims to have learnt song writing by listening to Green Day’s techniques.

At the age of 15, Armstrong and Dirnt played their first show together under the name Sweet Children.

Tre Cool became the bands permanent drummer after the original drummer, John Kiffmeyer, left to enroll in college. I wonder where he is now.

The first three singles from Dookie, “Longview”, “When I Come Around”, and “Basket Case, all topped Billboard’s Modern Rock chart. The album is #193 on Rolling Stone’s list of The 500 Greatest Albums of All Time.

Musician, Johnny Rotten, from the Sex Pistols, disputed the success of Dookie by saying, “They didn’t earn their wings and if they were true punks, they wouldn’t look anything like they do.”

Noel Gallagher of Oasis accused Green Day of copying “Wonderwall” with their song “Boulevard of Broken Dreams”. In an interview with Stuff Magazine, he said, “They should have the decency to wait until I am dead. I, at least, pay the people I steal from that courtesy.”14. Far Out

Mike Dirnt is said to have written the bass line to “Longview” while high on LSD. He apparently forgot it the next day.

The Killer’s lead singer, Brandon Flowers, attacked Green Day over their 2004 hit ‘American Idiot’. He claimed they were soliciting “calculated anti-Americanism” by performing the song in places like Germany and England. Was he right, or was this a bad case of American irony?

Dealing with the anxiety of having to follow up the successful album Dookie, Billie Joe contemplated leaving the band in 1995. Like a true artist he fought through it and Green Day later released the hit album Insomniac.

Dirnt and Armstrong are both Austin Powers mega-fans. The band was ecstatic when their song “Espionage” was featured on the soundtrack for The Spy Who Shagged Me.

Mike Dirnt believes that dogs will become our overlords in the future. He expanded on his idea by saying: “Dogs are gonna take over the world… It’s a known fact for those who believe it, kinda like the Bible”. I bet the Illuminati are behind this.

Billie Joe was held up at gunpoint in 2001 and became terrified of guns because of the incident.

Green Day has a strong stance against violence. They seem to really care too, as they have been known to pause shows because people in the crowd had fallen into the mosh-pit. You can’t hate on that.

6. More Than Meets The Eye

The album cover for “Insomniac” features three skulls; one for each member of the band. In order to see the third skull, you have to hold the album at a certain angle and look from the bottom left corner at the flames on the right. If you hold your computer screen at this angle while reading this list,you can kind of see it, but mostly you’ll just see this list from a different angle.

Green Day is a direct inspiration to a whole crop of pop-punk bands that came up since them. Mark Hoppus of Blink 182 praised them by saying: “They are a band that opened doors for the whole genre of music, and taught people about what punk rock really is.”

The band planned to release an album around 2003 titled “Cigarettes & Valentines”. The project was scrapped when the studio master tapes were stolen and not recovered. Someone REALLY didn’t want to hear more Green Day.

When their master recordings were stolen, the band recorded and released an album titled “Money Money 2020” under the alias ‘The Network’ in 2004.

2. The Secret To Success

Lead singer Billie Joe Armstrong was asked how the band was able to stay together for 29 years during an interview. His response: “Circle massage… We like to massage each other.” I wonder who first suggested it and how.

Sesame Street’s character Ernie was originally featured on the back cover of Dookie. He was airbrushed off when the shows producers made copyright infringement claims. 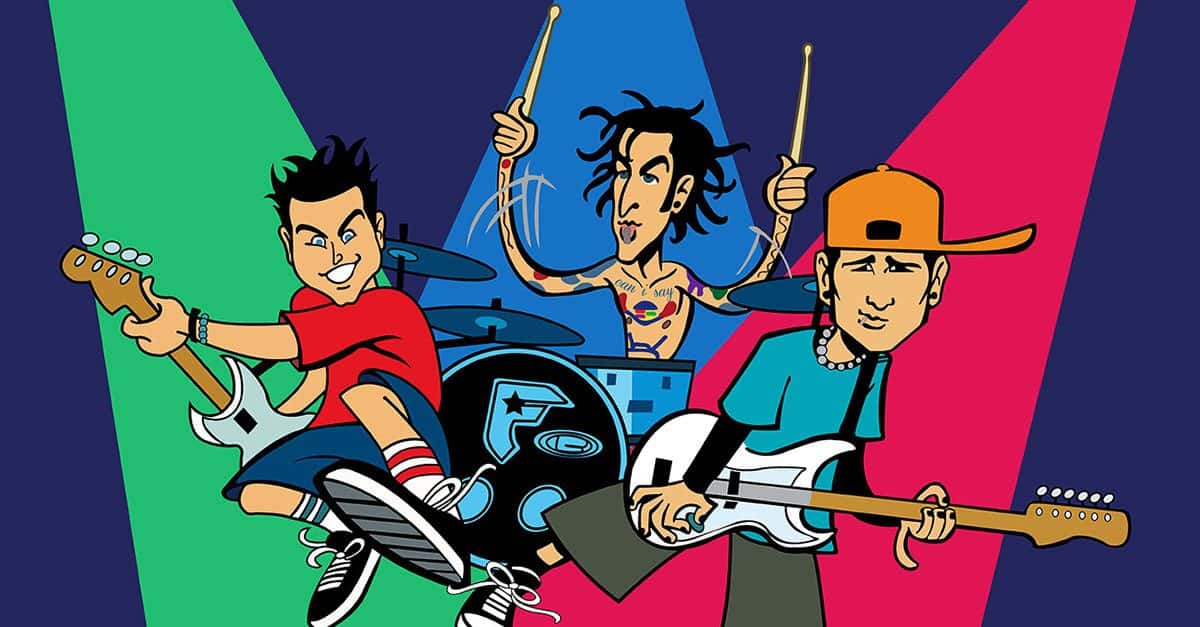