When Pixar started out as a small company, they pushed the boundaries of computer animation. However, it was not only technology that put the company on the map, but also its knack for telling a great story.

Have you seen all of their movies? Let’s take a dive into Pixar history!

Pixar started out as a division of George Lucas’ company Lucasfilm. The divison was named Computer Graphics Division.

A year after Steve Jobs resigned from Apple, he bought the Computer Graphics Division from George Lucas for $5 million and renamed it Pixar.

Steve Jobs bankrolled the company for years before it started to make a profit when Toy Story premiered in 1995.

39. From apples to the mouse house

Pixar was bought by Disney for $7.4 billion. Since Steve jobs was the majority shareholder of Pixar, he became the largest individual shareholder of Disney with this deal.

Finding Dory was first announced by Ellen Degeneres on her talkshow. She provides the voice for Dory and has campaigned for years to have a sequel made of Finding Nemo.

A change of director delayed the production of The Good Dinosaur, which was originally scheduled for a 2014 release. Due to this setback, the movie was released five months after the release of Inside Out. This is the first time since Cars (2006) that Pixar broke its yearly release schedule, having released no films in 2014, but two in 2015.

WALL-E‘s name is an acronym that stands for Waste Allocation Load Lifter: Earth-Class.

When listening to the scratch tracks for the character of Edna Mode for The Incredibles, Lily Tomlin, who was initially cast for the voice, remarked that director Brad Bird gave a great performance and asked why they needed her at all. Brad Bird ended up doing the voice himself.

Alexander Gould was replaced by Hayden Rolence as the voice of Nemo in Finding Dory, due to Gould having outgrown his original role.

Pixar has made it its trademark since the trailer for A Bug’s Life to release trailers with scenes that are not featured in the movie.

Pixar’s mascot is named Luxo Jr. and was named in a 1986 short with the same name. The character was inspired by the desk lamps that were used on the animation desks at Disney. The short was nominated for an Academy Award for Best Animated Short.

The Incredibles was Pixar’s first movie featuring only humans. To help the digital sculptors to figure out how the human body moves, they were handed copies of classic medical school text Gray’s Anatomy. The sculptors also used footage of Pixar employees walking around to study the movement.

During the writing of Inside Out, the writers considered up to 27 different emotions. They settled on five to make the story less complicated. Among the emotions that didn’t make the cut were Surprise, Pride and Trust.

After the release of Ratatouille, British pet chain “Pets at Home” saw their rat sales jump up by 50%. When 101 Dalmatians was released and rereleased by Disney, sales of Dalmatians also increased.

28. Cruising all the way to the bank

Cars generated over $10 billion in merchandise sales alone. That is not counting the sequels or their merchandise, making Cars the most profitable film Pixar ever made.

Although Pixar develops their own software for rendering their movies, two additional programs were specifically developed for the movie Brave. One of the programs simulated Merida’s 1500 strands of hair to mimic the real movement of hair.

Up was nominated for an Academy Award for the category Best Picture. That made the movie the second animated movie to ever do so. It was preceded by Beauty and the Beast.

Cheers star John Ratzenberger performs a voice in every Pixar film and is perceived as the company mascot.

Billy Crystal was originally offered the role of Buzz Lightyear in Toy Story, but turned it down. He regretted his decision so much, that he vowed to take the next Pixar role that was offered to him, which eventually turned out to be that of Mike Wazowski in Monsters, Inc.

The Incredibles director Brad Bird made the actor who played Dash run laps around the studio the create an authentic out-of-breath voice for the character.

Doc Hudson from the movie Cars was played by Paul Newman, who was also a race car driver in real life. Cars was Newmans’ last and highest grossing movie.

In its first years, Pixar only made money from developing the Renderman software that is used as an industry standard and animating commercials for brands such as Tropicana and Coca-Cola.

The girl who voiced Boo in Monsters Inc. couldn’t stay still long enough during the recording of her dialogue. To solve the problem, the recording team followed her around with a microphone and later worked those sounds into the final film.

“A113″ is an Easter egg that appears in every Pixar film. It is a tribute to a classroom number at California Institute of the Arts (CalArts) that was occupies by animation students, including Pixar chief John Lasseter and director Brad Bird. “A113” has also appeared in several Disney films and TV shows, like The Simpsons. Turns out, there are tons of Pixar Easter eggs.

Toy Story 2 was a milestone in movie history, as it was the first film ever to be created, mastered, and shown digitally.

14. Bruce and the mechanics

Barbie was set to appear as one of the toys in Toy Story, but Mattel rejected the idea. As a result, Pixar created the character of Bo Peep to take her place. After the movie became a big hit and the sequel was in the works, Mattel was glad to license Barbie for appearances in Toy Story 2 and 3.

Wall-E’s “voice” was created by legendary sound designer Ben Burtt, who is also well known for his work on Star Wars. For Star Wars he created R2-D2’s distinctive chatter.

During the production of Toy Story 2 almost 90% of the finished work was accidentally deleted from the Pixar servers. Luck would have it that one of the technical directors had a copy of the almost finished film at home on her computer.

Disney almost shut down the production of Toy Story because they deemed Woody too sarcastic.

In order to appeal to audiences all over the world, Pixar makes little tweaks to films when they are released in other territories. In case of Inside Out, they made 28 changes to 45 shots. The biggest change are the vegetables that Riley dislikes. In the original movie, Riley doesn’t want to eat Broccoli, while in Japan Riley refuses to eat green bell peppers. Another change is the sports featured in the movie, because hockey is not that well known overseas.

A very early concept of the movie Inside Out featured an 8-year-old girl who was knocked out by a branch while playing in the woods and suffered short term memory loss. The movie would have focused on the emotions trying to get the memories back. This concept was discarded very early on due to the darker nature of the story.

The ideas for A Bug’s Life, Monsters Inc, Wall-E and Finding Nemo were all conceived during the same lunch meeting between key Pixar creatives.

Toy Story 2 featured a few scenes that were originally conceived for the first film. Among them were The Buzz Lightyear cartoon, Woody’s nightmare and the yard sale.

Pixar canceled the development of the film Newt, announced in 2008 for a 2012 release, because the storyline was too similar to Blue Sky’s Studios’ Rio.

The size of the emotion console in Inside Out expands and grown more complex as Riley gets older.

After the success of Aladdin sequel The Return of Jafar, Disney originally wanted to release Toy Story 2 as a direct-to-video sequel. When it became clear during production that the story was awesome, Disney realized that a full theatrical release was a better choice.

The entire canopy of balloons in Up comprised of 10,297 balloons. The effects animators didn’t cut any corners and filled it up completely, so that the balloons could shift places and show the balloons behind them.

When Pixar got stuck in negotiating a new deal with Disney, Disney started production on Toy Story 3 without the involvement of Pixar.

Due to their previous deal, Disney maintained the rights to Toy Story’s characters and possible sequels. When Disney ultimately bought Pixar, John Lasseter became the head of the movie division and canceled the Disney version of Toy Story 3 and put Pixar’s version of the story into production. 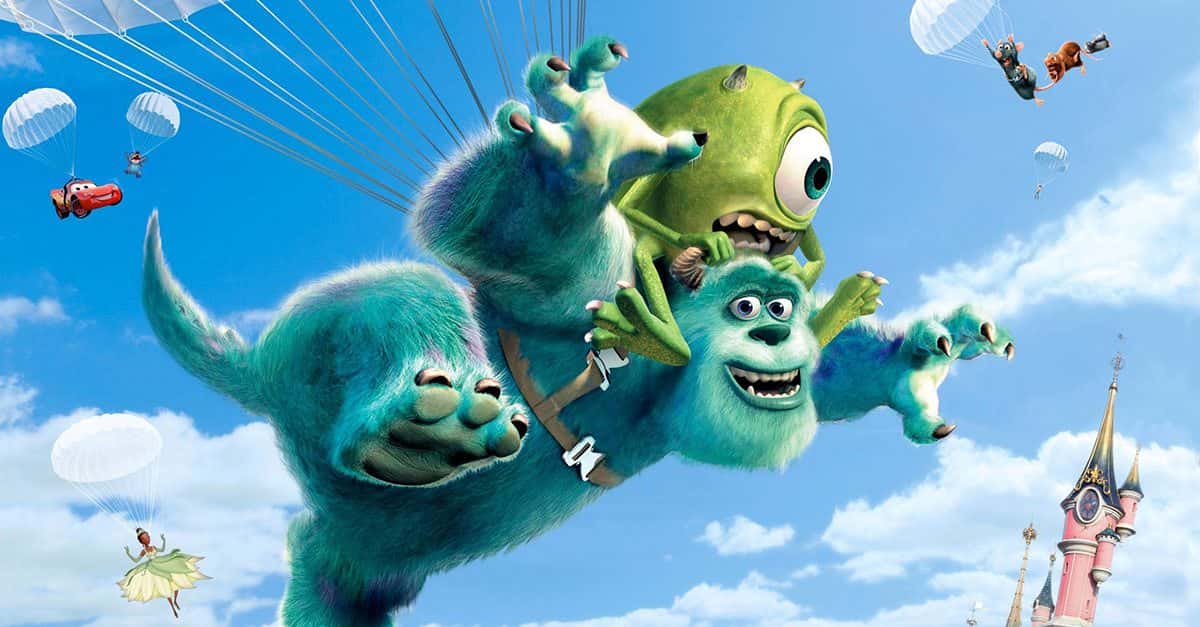