Marty McFly: Whoa, this is heavy.
Dr. Emmett Brown: There’s that word again, “heavy.” Why are things so heavy in the future? Is there a problem with the earth’s gravitational pull?

Back to the Future is a cinematic icon for a reason. Here are our favorite facts about the movie!

Back To The Future Facts

In the opening sequence, all of Doc’s clocks read 7:53 (25 minutes slow) except for one. The clock sitting on the floor next to the case of plutonium reads 8:20.

The exterior shots of the Twin Pines Mall were shot at the Puente Hills Mall in City of Industry, California. Many of the scenes at Hill Valley High School were filmed at Whittier High School in Whittier, California.

The DeLorean time machine Marty uses to travel back to the future was the brainchild of automotive engineer John Z. DeLorean, a former executive at General Motors. The car consisted of stainless steel body panels, a rear-mounted V-6 engine, and stylish gullwing doors. Approximately 9,200 were built.

In early drafts of Back to the Future, Doc had a pet chimpanzee. The head of Universal was anti-chimpanzee: “I looked it up. No movie with a chimpanzee ever made any money.”

Terence McGovern filmed a scene in which his character forces George McFly to buy an entire case of his daughter’s peanut brittle. The scene was later deleted. Another scene in which Marty peeked into a class in 1955 and saw his mother cheating on a test was edited out of the final cut.

Back to the Future won one Oscar, for sound effects editing.

In the original script, the time machine was made out of an old refrigerator.

25. Back-to-Back to the Future

Director Robert Zemeckis and writer Bob Gale own the rights to the film and all of its sequels. In a 2015 interview, Zemeckis declared that there would never be a reboot or remake of the series authorized during his or Gale’s lifetime.

23. The roar of childhood

The lion statues that guard the front of the Lyon Estates subdivisions were reportedly inspired by two similar statues that you can see to this day in the University Cit Loop in St. Louis, where writer Bob Gale grew up.

When Ronald Reagan first watched Back to the Future at the movie theater in the White House, he reportedly was so amused that Emmett Brown could not believe an actor like him could become president, he had the projectionist stop and rewind the film to replay the scene.

He later referred to the movie in his 1986 State of the Union address when he said, “Never has there been a more exciting time to be alive, a time of rousing wonder and heroic achievement. As they said in the film Back to the Future, ‘Where we’re going, we don’t need roads.’ ”

Elijah Wood, who would later famously play Frodo Baggins in The Lord of the Rings, made his film debut in Back to the Future II. He played a kid playing an arcade in an 80s Café.

20. The time to transform

It took 23-year-old Lea Thompson a full three hours in the makeup chair to be turned into the 47-year-old Lorraine.

In October of 1985, a group of people flocked to the mall used to film the Twin Pines Mall to see if Marty would arrive in the DeLorean. Alas, he was a no-show.

John DeLorean wrote Bob gale a letter thanking him. “Thank you for keeping my dream alive. Probably half of the people who own DeLoreans today own them because they saw Back to the Future.”

In December 2007, the Library of Congress selected Back to the Future for preservation in the National Film Registry.

Allegedly, Universal Pictures bigwig Sid Sheinberg was averse to the title “Back to the Future,” insisting that no one would want to see a movie with “future” in the title. His preference, expressed in a memo to Robert Zemeckis, was “Spaceman from Pluto.” Thankfully, Sheinberg lost the argument.

Doc’s phone number in 1955 is Klondike 54385. Given the longstanding tradition of films and TV shows employing the 555 prefix for all quoted phone numbers to indicate that they’re fictional, this might seem an exceptive choice. In fact, the letters K and L are both on the digit 5, and so the 555 standard is adhered to.

While Michael J. Fox was always the producers’ first choice for Marty, scheduling conflicts with his popular TV show Family Ties initially prevented him from filming. After six weeks shooting with Eric Stoltz as Marty, Robert Zemeckis and Bob Gale reconsidered and returned to Fox. By his point, Fox’s television responsibilities had let up somewhat, and he was able to accommodate both production schedules.

Though Doc Brown was an adult in the 1955 scenes of the film, but the actor who played the role—Christopher Lloyd—would actually have been a 17-year-old high school senior that year.

The film is banned in China, a country that considers the notion of time travel one that “disrespects history.”

On November 5, 2010, a group of ardent fans got together at the Puente Hills Mall to kick off a week-long series of events in celebration of the film’s twenty-fifth anniversary. So enthusiastic was this civic group about the movie that the mayor declared October 26, 2010, “Back to the Future Day” for his city.

Near the beginning of the movie, Biff apparently gets into an accident while driving George’s car. George asks for Biff’s insurance to cover the damage, but Biff refuses. He tells George his insurance should pay for the work because there was a blind spot. Technically, Biff is in the right with this argument, but not for the reasons he proposes. In fact, George’s insurance should pay for the damage because coverage follows the car, not the driver.

6. Messing with the age

Actor Michael J. Fox is actually only 10 days younger than Lea Thompson, who plays his mother. He is almost three years older than the man who plays his dad, Crispin Glover. Actors were cast to match their younger self’s ages.

While it was widely rumored that Fox didn’t tackle any of the film’s skateboarding scenes, he actually did most of his own stunts. For the most difficult skateboard shots, Per Welinder acted as a double.

Marty McFly pays tribute to a number of famous rock stars during the heavy-metal quotient of his performance at the school dance. He mimics The Who by kicking in speakers, Pete Townshend and Bruce Springsteen when performing the full-circle guitar strum, AC/DC when lying down to play the guitar and Chuck Berry when he hops across the stage with one leg up.

When Disney was approached with the script, they rejected it outright because they were weirded out by the relationship between Marty and his mother. They simply considered it too risqué to produce a film in which a mother falls in love with her son. The script for Back to the Future was rejected 40 times before it was finally approved for production.

If you share this with your friends by clicking below, it’ll help keep this article alive on the internet for the people of the future! 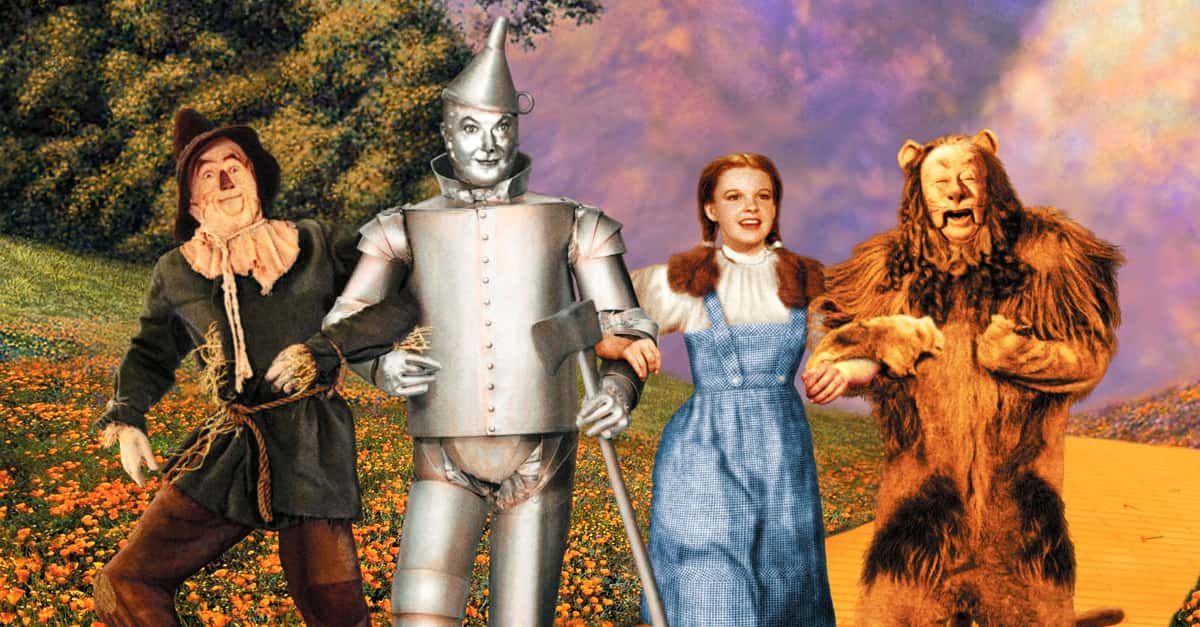 Technicolor Facts About The Wizard Of Oz