32 Facts About A Clockwork Orange

32 Facts About A Clockwork Orange

“It would seem that enforced conditioning of a mind, however good the social intention, has to be evil.” — Anthony Burgess

This extremely popular novel—and, later, film—about a dystopian near-future for the planet has withstood the test of time. The book was published in 1962 and the film was released in 1971. Here are some interesting facts about A Clockwork Orange.

The book’s author Anthony Burgess has offered a trio of explanations for the title: he’d overheard the phrase “as queer as a clockwork orange” in a London pub in 1945 and assumed it was a Cockney expression; it was a play on the Malay word “orang,” which means “man;” or it was a metaphor for “an organic entity, full of juice and sweetness and agreeable odour, being turned into a mechanism.”

When Stanley Kubrick first laid eyes on the novel, he was unimpressed. He was particularly turned off by the quirky “Nadsat” language author Anthony Burgess developed for the book.

30. Of cricket and costumes

Stanley Kubrick was a great fan of cricket, and he applied that passion to the decisions around the main character’s costume. Alex’s uniform features a white shirt and a jockstrap, distinctively worn over top of his pants.

Stanley Kubrick never had any doubts about who he would cast for the main character, anti-hero, Alex. Even in spite of prior rumblings about Mick Jagger taking on the role, Kubrick was so confident about Malcolm McDowell, he never even asked him to audition.

Allegedly, McDowell was nonplussed when he learned that Stanley Kramer was counting on him for the Alex role. He told people he had never even heard of the director.

To lift the flatness of the final brutal scene, in which Alex and his droogs attack the writer and his wife, McDowell encouraged McDowell to “do something outrageous.” What could be more outrageous than dancing to Singin’ in the Rain?

26. Paying for the privilege

Kubrick was so tickled by McDowell’s choice to sing the classic movie song in such an unexpected setting that he bought the rights to its use for $10,000.

Unlike many film adaptations of books, A Clockwork Orange resembles its literary original closely. Indeed, Kubrick eventually warmed up to the book so much that his screenplay was mostly just dialogue and stage directions lifted from the book itself.

For one the most iconic scenes of the film, that of McDowell with his eyes held open by antique lid locks used for delicate eye surgeries, producers kept a doctor nearby in case any issues arose. Unexpectedly, the doctor made an appearance in the scene, applying drops into the actor’s eyes.

While filming the rehabilitation scene, Kubrick insisted that Alex needs to be sitting in an upright position. The lid locks he was wearing were not intended to be used while the patient sits upright and as a result, McDowell actually sliced his cornea during the scene.

In 1976, the novel A Clockwork Orange was removed from a high school in Aurora, Colorado, because of “objectionable language.” A year later, a high school in Westport, Massachusetts, did the same. In 1973, a bookseller was arrested for selling the novel.

In a 2012 article he wrote for The New Yorker, Burgess explains that he named the main character Alex because of its “ironic connotations” and international character. “You could not have a British or Russian boy called Chuck or Butch,” he said.

In an effort to sidestep censors, Kubrick deliberately blurred the sex scene between Alex and the two women from the record store. In fact, the fast-motion scene took 28 minutes to shoot. The scene ended up contributing to the film’s X rating anyway, because censors feared the technique would be picked up by pornographers looking for a loophole to get their films passed by the ratings board.

The disabled writer’s muscular aide in the film’s third act is played by David Prowse, the actor who filled out the Darth Vader suit in the original Star Wars trilogy.

Before Kubrick hired several assistant directors to help with the editing, the first cut of the film had a run length of almost four hours.

Stanley Kubrick was adamant that all unused footage from the movie be destroyed.

A few early drafts of the screenplay changed the film’s title to “The Ludovico Technique,” in reference to the brainwashing experiment that Alex endures.

Malcolm McDowell was 27 at the time of the movie’s filming. Still, his character is 15 years old in the early frames of the film (and 17 in the later ones).

A Clockwork Orange was the first film to employ Dolby sound. It was also one of the first movies to use radio mics to record sound. This important development eliminated the call for post-synching.

McDowell and Kubrick spent hours recording the film’s voiceovers in the two weeks following production. To break the routine, the pair would play ping pong on a table outside the recording studio. When McDowell learned that he would only be paid for a week of this work, Kubrick explained that a week had been spent playing ping pong.

Director of photography John Alcott lit most of the film using only natural light. This not only represented a cost-saving measure for a production committed to being affordable, but gave a natural look to the cinematography.

In 1971, McMaster University in Hamilton, Ont., purchased the original manuscript of the book. It is kept at the university’s William Ready Division of Archives and Research Collections.

The first line of the novel is “What’s it going to be then, eh?” This line is repeated frequently throughout the book. Prison chaplain Godfrey Quigley is introduced with this line.

8. Snake in the grass

Kubrick introduced Basil the snake to the production when he learned of McDowell’s fear of reptiles.

Because Kubrick was on a mission to make a low-budget movie on the heels of his exorbitantly expensive 2001: A Space Odyssey, he made a point of filming A Clockwork Orange in existing locations. As long as the places were within driving distance of his house near London they were worth considering.

In 1965, artist Andy Warhol released a film called Vinyl that was also an adaptation of Burgess’s A Clockwork Orange.

5. You spin me right round

The movie’s record shop scene was shot in the Chelsea Drugstore, a trendy bar in London that, at the time, was a likely place to spot Rolling Stones band members. In one shot, you can see 2001: A Space Odyssey on the front of the desk.

A Clockwork Orange was released just over a year after principal photography for the film began. That made it Stanley Kubrick’s quickest production to be shot, edited and released.

In spite of rampant reports that Malcolm McDowell nearly drowned in the waterboarding scene when his breathing apparatus failed, the reality is much less dramatic. Daily records indicate that, in fact, the scene was filmed without any stoppage required from equipment failure.

The film was accused of inspiring copycat break-ins and murders in the UK in the early 1970s, and as a result, the media called for it to be banned. It wasn’t banned until a later incident where Kubrick received death threats against his family stating that his house outside London would be broken into and his family would be murdered in similar fashion to the movie. At this point, Kubrick lobbied the studio to not show the film publicly in the British Isles and Ireland until after his death. 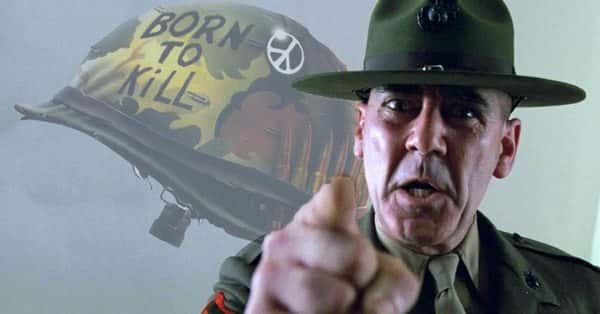