After getting all of their Christmas duties out of the way, Estonians love to head to their nearest sauna on Christmas Eve.

If you’re a girl and you’re unmarried in the Czech Republic, just toss a shoe over your shoulder and see how it lands. If the toe of the shoe lands facing the door, things are looking good for you to get married. If not, better luck next time?

Kids in Barcelona have a wooden log named Caga Tio, and from December 8 until Christmas Eve, they cover him with a blanket and feed him nougat. He’s the Catalan version of Santa Claus, and even has a smiley face and red hat. On Christmas, Caga Tio, uh, poops out gifts for everyone.

25. Not Your Average Tree

No pine trees? No problem! The people of India decorate either a banana tree or a mango tree instead.

In Ukraine, it’s believed that spider webs will bring good luck and fortune for the following year, so they fill their Christmas trees with them.

Norwegians believe trickery may be afoot, or perhaps abroom, on Christmas Eve: All brooms are locked away in case a witch or sorcerer is hanging around to cause trouble.

In Wales, you may receive a knock at the door from a horse skull between late December to January. The skull is mounted on a pole and covered with a sheet, and is the Mari Lwyd, or Grey Mare, of legend. She is joined by five or six revellers, who sing and engage in rhyming contests with those they come across in order to enter homes and pubs.

In Newfoundland, men will dress as women and women as men, and go around visiting homes. These “Mummers” will try everything they can to not be recognized by their neighbors, including speaking differently, walking in a funny way and dressing elaborately. They will sing, dance, and perform small plays, and if those in the house figure out the Mummer’s identity, the Mummer removed their mask.

The people of Provence, in the south of France, really enjoy their dessert at Christmastime: 13 desserts are made to represent Jesus and the 12 apostles, and all of the tasty treats get eaten Christmas eve.

There’s a town in Sweden that burns a straw goat to the ground on Christmas. Julbock, the huge Christmas goat, has been burned each Christmas since the 1960s.

You may have heard about the Day of the Dead at Halloween, but have you heard about the Night of the Radishes? In Oaxaca, Mexico, carved radishes are proudly displayed and began as a way to attract attention during the Christmas market. The tradition goes all the way back to colonial times when the Spanish introduced the Mexicans to the red veggie.

Children in many Latin countries don’t receive gifts from Santa; they get them from baby Jesus instead. It’s a little unclear how a tiny baby would be able to deliver so many gifts, but you are reading facts about weird Christmas traditions.

16. The Witch With the Gifts

Italians also don’t get gifts from Santa. Instead, Befana, or “giver of gifts,” rides around on her broomstick and, like Santa, enters homes through chimneys. The ugly yet kind witch delivers toys, candy, and other gifts to good children on the evening of Epiphany, January 5. In place of cookies and milk, parents will leave out regional cuisine for Befana, usually a glass of wine and broccoli with spiced sausage.

15. You Better Be Good, For Goodness Sake

Central European countries, including Germany, Slovenia, Hungary, Czech Republic and Austria, have a terrifying evil equivalent to Santa: Krampus. Krampus beats people into being nice, and there’s even a horror movie in his honor. On the streets, people will dress as demons and have parades for him. If Krampus finds a bad child, he’ll bundle the child up and take him or her away. According to legend, Krampus has been known to grab small children and take them straight to hell.

Beware the Kallikantzaroi in Greece. These evil goblins are said to lurk underground, coming out during the 12 days of Christmas and wreaking havoc wherever they go.

13. Thankful for What They Have

Between December 16 and Christmas Eve, Columbians pray every single night. Called the Novena, the worshippers indulge in traditional Christmas dishes after praying.

As Christmas tradition, the eldest man in a Slovakian household gets to throw food at the ceiling, on purpose! He takes a spoonful of loksa pudding and whips it overhead.

11. Rudolph Without His Nose so Bright

Residents in southern Louisiana want to make sure Santa makes it to everyone’s house, so on Christmas Eve, massive bonfires are set along the river to help guide him.

The people of Poland host Christmas dinners called the Wigilia, which translates as “to watch.” The Polish believe that whatever happens during the party foreshadows what will happen in the coming year.

For 200 years, the town of Remedios in Cuba has hosted a huge fireworks festival on Christmas Eve. It began with priests sending altar boys out into the streets to make as much noise as possible to remind residents about coming to midnight mass.

8. Who Needs a Car When You Have Roller Skates?

In Caracas, Venezuela, getting to Christmas Eve mass is done in style: people lace up their favorite rollerblades and head out in the morning, returning home to enjoy the traditional Christmas dinner of tamales. Some roads are even closed in certain parts of the city to help those skating get around more safely and easily.

7. Light up the Night

Those who have passed on are not forgotten in Finland on Christmas Eve: Families will visit the graves of their loved ones and light candles in their memory, lighting up the cemeteries like the night sky.

6. They’re Not Dreaming of a White Christmas

Australian Christmas is in the middle of summer: Beaches, hot temperatures, surfing, swimming, picnics and other warm-weather festivities are the Aussies’ way of having a great Christmas.

5. No Meat or Dairy, Please

Some Italians abstain from all dairy and meat products on Christmas Eve, so they celebrate with fish instead. Seven different fish and seafood dishes are consumed, and the tradition comes from the Roman Catholic practice of not eating the aforementioned food groups on holy days.

Instead of stockings, many countries including France, Germany, Spain and the Netherlands will leave their actual shoes out to be filled with gifts and sweets.

Bulgarians celebrate Christmas in an odd way. Literally. There’s generally a traditional vegetarian dinner prepared for an odd amount of guests, with an odd amount of dishes. The leftovers are then left out for any dead ancestors who may choose to come and visit that night.

Sex isn’t high on the agenda in the Nativity story (with the virgin birth and all), but sex on Christmas is so insanely common that midwives have had to urge couples to ease off the merry hanky panky. In September of 2017, midwives made headlines Tweeting about just how exhausting September is in their line of work, urging people to “stop having sex on Christmas.” Indeed, September (nine months after the holiday season) is the most common birth month, and according to a Harvard study, September 16 is the most common birthday around the world. 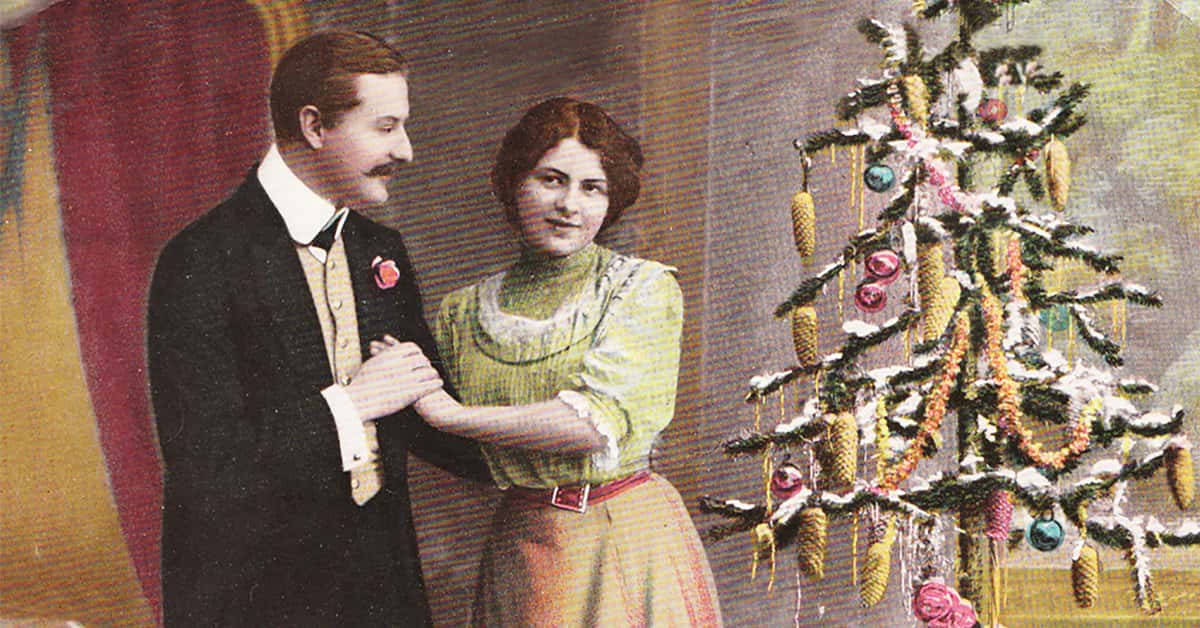