30 Brilliant Facts About The Films of Quentin Tarantino

30 Brilliant Facts About The Films of Quentin Tarantino

Here are some things you might not know about the films of Tarantino.

Reservoir Dogs premiered to rave reviews at the 1992 Sundance Film Festival but, in the end, it received no awards at all. And the movie was never heard from again and didn’t become a cult hit at all.

29. Putting the Mort in Mortuary

The empty building where the bank robbers rendezvoused in Reservoir Dogs was actually a disused mortuary. It’s the perfect location for a film that resulted in so many dead people.

While trying to get Reservoir Dogs made, Tarantino and his co-producer fielded some interesting offers. One producer offered $1.6 million, but only if the ending was changed so everybody came back to life. Another offered $500,000 on the condition that his girlfriend got to play Mr. Blonde. That idea was so bizarre that Tarantino actually considered it.

Reservoir Dogs and Pulp Fiction contain pretty salty language, with 269 and 265 uses of the F-word respectively. Pulp Fiction took the F-word crown for 1994 by a very large margin.

Pulp Fiction can be watched chronologically if broken down into seven distinct sections (prologue, epilogue, two preludes, and three large segments). Of course, that kind of takes away the magic, but hey, if you want to ruin the movie, go ahead.

Vincent Vega’s 1964 Chevelle Malibu was stolen after the shoot and wasn’t found until nearly two decades later when two cops found a pair of kids stripping an older car and, after matching the Vehicle Identification Number, found out it was Tarantino’s car.

Although Pulp Fiction eventually made over a $100 million domestically, it took 178 days to get there. Just for comparison, Harry Potter and the Deathly Hallows: Part 2 took only two days to hit that mark. There’s good. And then there’s wizard good.

Jackie Brown was based on Rum Punch, a novel by Elmore Leonard. Tarantino actually owned the rights to three of Leonard’s novels, Rum Punch, Freaky Deaky, and Killshot. He thought he was going to do one of the other two, but the night before he almost gave Rum Punch to another director, he read it one more time and fell in love with it all over again.

Tarantino was terrified to talk to Leonard about the script; he had changed the title and the name and race of the character. His worries were unfounded, and Leonard described Jackie Brown as one of the best adaptations of his books he’s ever read.

Pam Grier originally auditioned for the role of Eric Stoltz’s wife in Pulp Fiction, but, despite being a longtime fan of her work, Tarantino did not give her the part: He thought there was no way Stoltz would ever tell Grier to shut up. He hired Rosanna Arquette instead, who was apparently more suited to the role of being told to shut up.

Tarantino and Uma Thurman came up with the plot for Kill Bill back in 1994 when they were working on Pulp Fiction together. She said it took them “minutes.”

In every scene where The Bride is wearing her signature yellow jumpsuit, the bottom of her shoes say, “F-ck U.” We added the dash.

The birth of Thurman’s daughter actually changed the tenor of Kill Bill, inspiring a more family-centric storyline, and representing a rare instance where having a baby made things better.

Before O-Ren and The Bride fight, O-Ren says, “I hope you saved your energy. If you haven’t, you may not last five minutes.” From that moment until O-Ren is defeated, the entire fight lasts exactly five minutes.

Tarantino made a last-minute decision to have The Bride spare one of the Crazy 88s in the House of Blue Leaves. Tarantino noticed the actor looked very innocent and knew Thurman’s character wouldn’t “off a kid with a mug like that.” She spanks him instead.

There was an entire storyline written about Gogo’s twin sister, Yuki, who was an even “crazier” character who didn’t make it into the film. Crazier than a sociopathic Japanese school girl armed with a Meteor Hammer? Yes, please!

Tarantino was completely against the usage of digital effects for the film, insisting on less technical methods like “Chinese condoms filled with fake blood.”

Tarantino has hinted at making a future Kill Bill film, sharing that one of the most likely storylines would include Vernita’s daughter, Nikki, out to avenge her mother’s death at the hand of The Bride.

Only 30% of Inglourious Basterds is in spoken English. The film is primarily French, German, and a little bit Italian. Chapter Three of the film is completely devoid of English, which is very unusual for a Hollywood production.

Michael Fassbender was born in Germany, raised in Ireland, and resides in London. German is his first language and English is his second, and he is a master of English accents and dialects. In Inglourious Basterds, he plays Lt. Archie Hilcox, an Englishman who goes undercover as a German and is discovered because he cannot hide his Britishness.

To prepare for her role, Melanie Laurent worked as a film projectionist for a few weeks at the New Beverly Cinema, projecting cartoons and trailers before the shows.

Tarantino considered abandoning Inglorious Basterds because during casting he couldn’t find anybody to play the difficult part of Colonel Hans Landa. Fortunately for him, Christoph Waltz exists. Waltz ended up taking home an Oscar for his role.

In Django Unchained, when Leonardo DiCaprio’s character Calvin Candie smashes his hand onto the dinner table, the actor accidentally crushed a small stemmed glass with his palm and began bleeding for real. DiCaprio ignored it, finished the scene, and it was that take that made the final cut.

During the filming of one scene of Django Unchained, Leonardo DiCaprio had to stop because he was too uncomfortable with all the racial slurs being used. Samuel L. Jackson took him aside and told him, “Motherf-cker, this is just another Tuesday for us.”

Tarantino gave a copy of The Hateful Eight script to a small number of people within his inner circle. One of those scripts got leaked, Gawker posted the full version, and Tarantino killed the project and filed a lawsuit against the company. He later changed his mind on making the movie, obviously.

Tarantino shot The Hateful Eight in 70mm, making it the first time since 1992’s Far and Away that a film was released in this format to such a wide release. Screening a 70mm film requires special equipment and outdated technology, and early press screenings were delayed because projectionists were having trouble getting the equipment to work. Someone get Melanie Laurent!

At 3 hours and 7 minutes, The Hateful Eight is one of Tarantino’s longest movies to date; the 70mm includes an overture and intermission so you can get that popcorn refill we all know you want.

1. A Nice Round Number

Tarantino said that he plans on making only 10 movies, and he’s hinted at hanging up his gloves already, so his upcoming film Helter Skelter (his tenth film) could be his last. I’ll believe it when I see it. 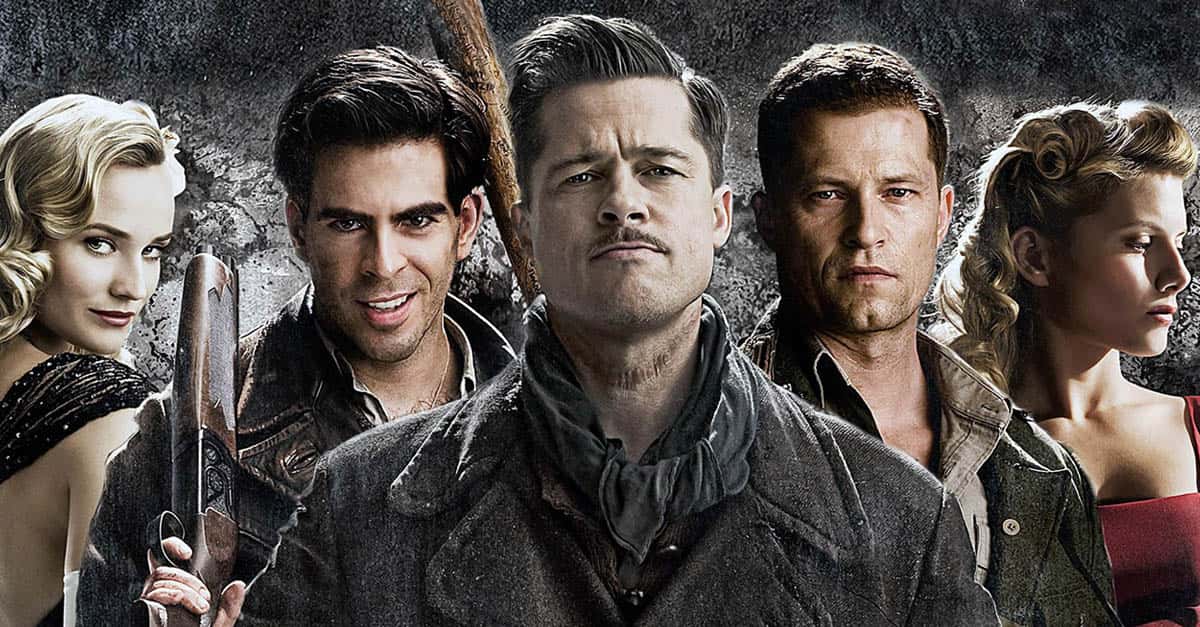