Inescapable Facts About The Terminator Movies

Inescapable Facts About The Terminator Movies

A Cyborg has been sent from the future on a deadly mission, it has been programmed to kill a young woman named Sarah Connor. Sarah has no idea that her life will have a staggering effect on the fate of mankind and that she is in danger of being killed at the hands of an inescapable machine known as the Terminator.

We hope you’re ready for come cyborg-friendly, futuristic facts about The Terminator.

Sting, who was still writing and singing with The Police, was considered for the role of Kyle Reese.

James Cameron is a bit of a risk-taker, he sold the rights to The Terminator to producer Gale Anne Hurd (his future wife) for only a $1 – under the condition that he would be able to direct and execute his vision his way.

The studio did not make many suggestions to Cameron, but one note it did make was for the director to write a dog sidekick for the Terminator… Alas, that did not happen.

After a long preparation for the filming of The Terminator, James Cameron was finally ready to a go in spring 1983, when producer of Conan the Barbarian Dino de Laurentiis enforced an option on Arnold Schwarzenegger’s contract binding him to appear in the sequel. The filming of The Terminator had to be delayed nine months, while Schwarzenegger wrapped up the Conan sequel.

24. Born from a fever dream

The idea for The Terminator came to James Cameron while he was stressed, feverish and bed-ridden in Rome working on Piranha II: The Spawning – a film he didn’t really want to direct and has since disowned.  Cameron said while he was sick he was coming up will all kinds of bizarre imagery and he had always wanted to do a “definitive robot story.” We like to think he dreamt of a sleek chrome torso crawling out of a nuclear explosion and voila! The ceaseless murder machine that is the Terminator was born.

After sending each other sketches back and forth, Cameron and Stan Winston (special makeup effects creator) were able to recreate Cameron’s ideas. So, the final version of the Terminator matches Cameron’s vision exactly.

22. One fajita to go please

On one fateful afternoon during a break in filming, Schwarzenegger stepped off the set to grab some lunch at a restaurant downtown L.A. – without realizing that he was still in his Terminator makeup with one missing eye, burnt flesh and exposed jawbone.

21. The sequel was a pricey one

When Cameron decided to revive the story with Terminator 2: Judgment Day, his order had a huge price tag. The film’s budget was $94 million – making it the most expensive movie ever made at the time. Cameron’s own pay cheque came up to a nice $6 million and Schwarzenegger walked away with $15 million in his pocket (not really, the actor requested a $12 million Gulfstream jet as payment, plus a $3 million cheque). Not too shabby!

When James Cameron wrote the script for The Terminator, he allegedly had no agent and was living in his car. Cameron then fired his agent because he didn’t like his script.

19. The sequel of the sequel was even pricier

Terminator 3 made its predecessor’s budget seem like pocket change, with a price tag coming up to $170 million – making it yet again the most expensive film ever made at the time (2003).

Schwarzenegger wasn’t going to come back for Terminator 3 just for fun. The actor received $29.25 million for the role and his contract included a $1.5 million budget for a private jet, deluxe hotel suites, fully equipped gym, limousines as well as bodyguards  during the production.

During the filming of the first Terminator Schwarzenegger kept a distance from Linda Hamilton and Michael Biehn, since his character was trying to kill them, he didn’t want to befriend them.

John Connor is a pretty important character for the plot of Terminator 2, especially given the intense setup of the first film. Casting director Mali Finn searched high and low for a young actor fill the role, eventually visiting The Boys and Girls Club of Pasadena and finding Edward Furlong. Furlong was not an actor at the time and was not interested in the offer, even calling Finn “frog eyes” when she approached him. After some coaching, Cameron ended up hiring him.

Other actors to have been offered the role of the Terminator were Mel Gibson, who turned it down, and O.J. Simpson, who the producers thought seemed “too nice” to play a killer.

Terminator is the only character to be listed on American Film Institute’s 100 Heroes and Villains as both a hero and a villain.

13. Call from the future

At the beginning of The Terminator, Sarah Connor (Linda Hamilton) received a message on her answering machine cancelling her date, the voice on the call was actually James Cameron – whom Hamilton eventually married and subsequently divorced.

For Terminator 2, Linda Hamilton (who played Sarah Connor) learned how to pick locks for the scene in the mental hospital.

Since Furlong was 13 during the shooting of the film, the actor hit puberty basically on set. Some of the scenes had to be re-recorded to accommodate Furlong’s deepening voice and for certain pickup shots at the end of the production, some changes were introduced to account for the actor’s growth spurt – in one scene, he actually stood in a hole to appear shorter.

Schwarzenegger has only 14 lines in the first Terminator film.

Well, this is a not-so-fun fact… In the scene where Sarah and Reese leave the bridge, it’s not actually fog hanging in the air – it’s a thick mist of bug spray due to a “fly scare” in the filming location. The crew initially was going to wait for it to settle, but eventually decided to use it as a fog effect.

The teaser trailer for The Terminator was narrated by Peter Cullen – who is famous for voicing Optimus Prime in Transformers.

Sarah Connor was written as a relatable young woman for the first Terminator, but in the sequel she comes back as a ripped fighter anticipating the end of the world. To get in shape for the role, Linda Hamilton worked out with an ex-Israeli commando Uzi Gal for a whopping three hours, six days a week for four months!

For Terminator Genisys, Schwarzenegger did not dye his hair and showed off his greys.

4. Check out these guns

Schwarzenegger spent every day for a month working with guns to prepare for the role. He practiced assembling and stripping the weapons, until he was mechanical like a robot. He also learned how shoot without blinking and reload without looking. That’s why he’s so convincing, right?

3. Not a fan of Salvation

Both Arnold Schwarzenegger and Christian Bale didn’t like how Terminator Salvation turned out.

2. Not running out of steam

Robert Patrick (who played T-1000) had to train extensively to be able to run at high speeds without looking tired or out of breath in T2. We’d be out of the game in five steps!

The iconic line “I’ll be back” was actually originally scripted as “I’ll come back”. 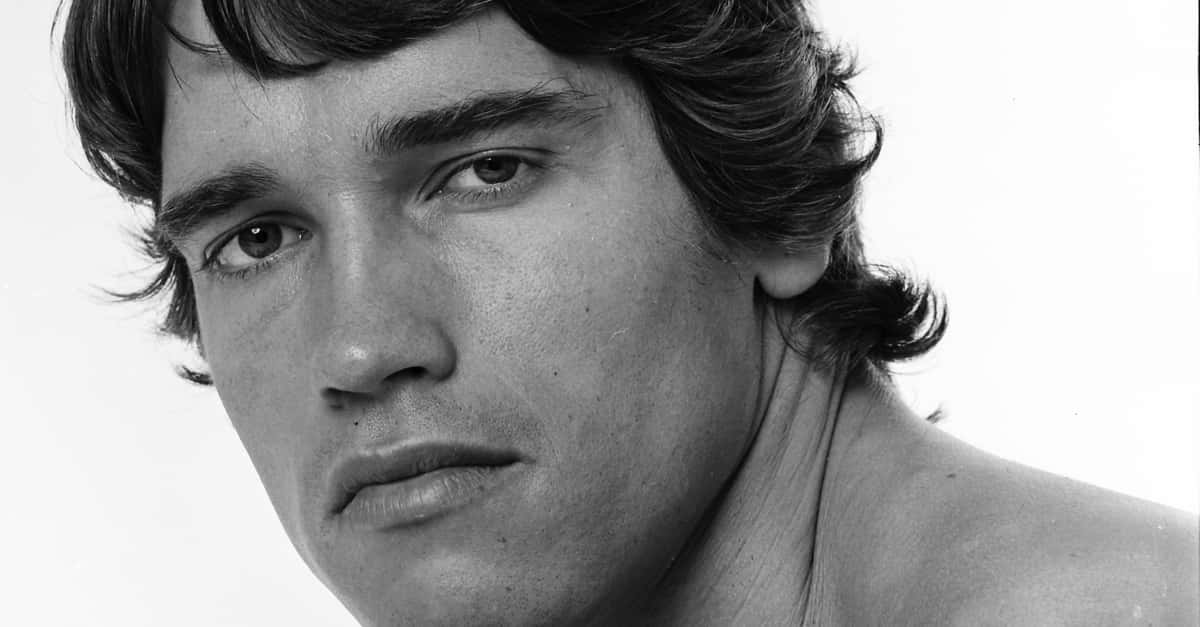