Widely considered to be one of the most historically inaccurate historical epics of all time, Braveheart is the story of William Wallace, a 13th-century Scottish warrior who led the Scots in the First War of Scottish Independence against King Edward I of England. The film was nominated for ten Academy Awards and won five including Best Picture, Best Cinematography, Best Makeup, Best Sound Editing, and a Best Director statuette for Mel Gibson.

Here are a few things you might not have known about your favorite film about a Scotsman played by an Australian.

Braveheart was named the worst film to ever win an Oscar by Empire magazine in 2005.

From the outset, Gibson was adamant about directing the film. He had very little directorial experience at the time, but he was a massive movie star, so Paramount pictures allowed him to direct the film if he agreed to star in it. Oh, how times have changed.

James Robinson, the boy who played the young William Wallace, had never acted in a film prior to Braveheart. He’s since carved out a decent career on both stage and screen proving that not all child actors have to go the way of Jake Lloyd.

Screenwriter Randall Wallace got the idea for the screenplay when he went on vacation to Edinburgh, to learn about his heritage, and noticed statues of William Wallace and Robert the Bruce in Edinburgh Castle. A tour guide told the screenwriter about their story and he was immediately inspired to write the script.

Randall opted to write the script before doing any specific historical research because he wanted to capture the drama of the story first. This explains the glaring historical inaccuracies such as the fact that Isabella of France never actually meets William Wallace, and that Robert the Bruce never betrayed Wallace.

Many Scots were upset that Robert the Bruce was depicted as William Wallace’s betrayer as he is considered just as much of a national hero as Wallace. It would be like if Harry Potter slept with his best friend’s sister. Oh, wait.

23. Tough Way to Earn a Nickname

22. They’re not the Same Country

Although the film depicts Scotland’s fight for independence from British tyranny, the film was actually shot almost entirely in Ireland. Which is about as independent from Scotland as you can get.

21. Raindrops Keep Fallin’ on my Head

Glen Nevis was the one actually Scottish location that was used in the film. All the scenes in Wallace’s village were filmed in this location. However, it rained every single day but three, which is when they filmed the wedding scenes. The filmmakers realized the fact that it would always be raining and eventually started shooting all scenes, regardless of the weather.

Amongst many other historical inaccuracies, the iconic blue paint (called “woad”) was never worn in battle at the time the movie takes place. Woad was last used in Roman times, about eight centuries before the events of the film.

While the Scottish warriors in the film all wore kilts, they weren’t actually worn until at least four centuries later. Historians have likened it to “a film about colonial America showing the men wearing 20th century business suits.”

18. We’ll Burn that Bridge When We Get to It

The Battle of Stirling Bridge, as it was historically known, was filmed over a six week span on the Curragh Plain in County Kildare and one of its most notable features is the lack of an actual bridge. When asked by a local why they shot this battle on a clearly bridgeless plain, Gibson answered, “the bridge got in the way,” to which the local responded, “Aye. That’s what the English found.”

The Scottish won the battle at Stirling Bridge because the English were forced to cross to attack the Scots on the other side. The Bridge itself was narrow, only two or three cavalrymen wide, which slowed the rate at which the English could cross. Wallace simply waited for about half the English army to cross and then sprung a trap on them. With the river behind them and the bridge clogged, the English had nowhere to run and were slaughtered.

Gibson originally wanted a St. Andrew’s Cross as the woad (blue) design on his face, but the film’s makeup artist, Lois Burwell, talked him out of it, and instead suggested the half-face-covered design which won her an Oscar for Best Makeup.

14. Maybe They Were Time Travelers

The extras reportedly kept forgetting to remove their sunglasses and wristwatches which meant that the battle had to be re-shot several times.

Primae noctis, the right of a local noble to deflower local peasant brides before their newlywed husbands, was actually never used in the entire history of the British Isles as it would have encouraged rebellion just as it did in the film.

Gibson used around 40 of William Wallace’s actual descendants in the film. They mostly just stood around Gibson during the opening shots of battles.

11. How Many Horsepower is that?

Most of the horses used in the battle scenes were fake, weighed 200 hundred pounds, and were propelled by nitrogen cylinders at speeds up to 30 miles per hour on a 20 foot track.

Despite their mechanical nature, the appearance of the horses was so real that animal welfare groups investigated the production. It was only when they were given footage of the location shoot that they were finally convinced the horses were fake.

9. Takes One to Know One

Gay-rights activists threatened to protest the film, objecting to the scene where Edward I throws his son’s lover out the window. Gibson defended the scene saying, “The king didn’t throw that character out the window because he’s gay. He did it because the king’s a psychopath.”

Originally, when consoling the young Wallace over his father’s grave, the young Murron hands Wallace a rose. However, someone pointed out to writer Randall Wallace that the rose was the symbol of England and thus a thistle would be more appropriate.

7. But Not as Popular as Wendy

In reality, Wallace’s wife was named Marian (and she was murdered by the English. Sad!), but the producers didn’t want audiences confusing her with Maid Marian from Robin Hood. The name Murron was invented by screenwriter Randall Wallace. Since then a number of parents have named their children Murron.

Mel Gibson was originally going to sit out the full frontal kilt lifting scene, but the reservists demanded he join them, arguing that if they had to do it, so did he.

In the film, right before he is beheaded, Wallace screams “Freedom!” a final act of defiance. In actuality, Wallace’s last words are unknown.

When Braveheart and “Apollo 13” were both nominated for a Best Picture Oscar, he pranked “Apollo 13” director Ron Howard with a fake poster that claimed Braveheart had won an Oscar for “Best Moon Shot” with an accompanying picture of the Scottish army mooning the English.

Mel Gibson accidentally hanged himself for a moment during his death scene. Luckily, Gibson was surrounded by people, so after a brief moment of unconsciousness, he was cut down and saved.

2. Hangman is a Brutal Game

While Wallace’s execution in the film was fairly grisly, it was actually fairly tame in comparison to what was actually done to him. Like many famous traitors, he was hanged, drawn, and quartered, a five stage punishment where the prisoner was hanged, eviscerated, castrated, chopped into pieces, and finally beheaded (which seems redundant given the previous step). In the film, they skipped steps three and four.

Gibson was reportedly quite a prankster on set. One of his “pranks” involved him repeatedly flashing actress Sophie Marceau to “lighten the mood.” Prank. Sexual harassment. Potato. Potato. 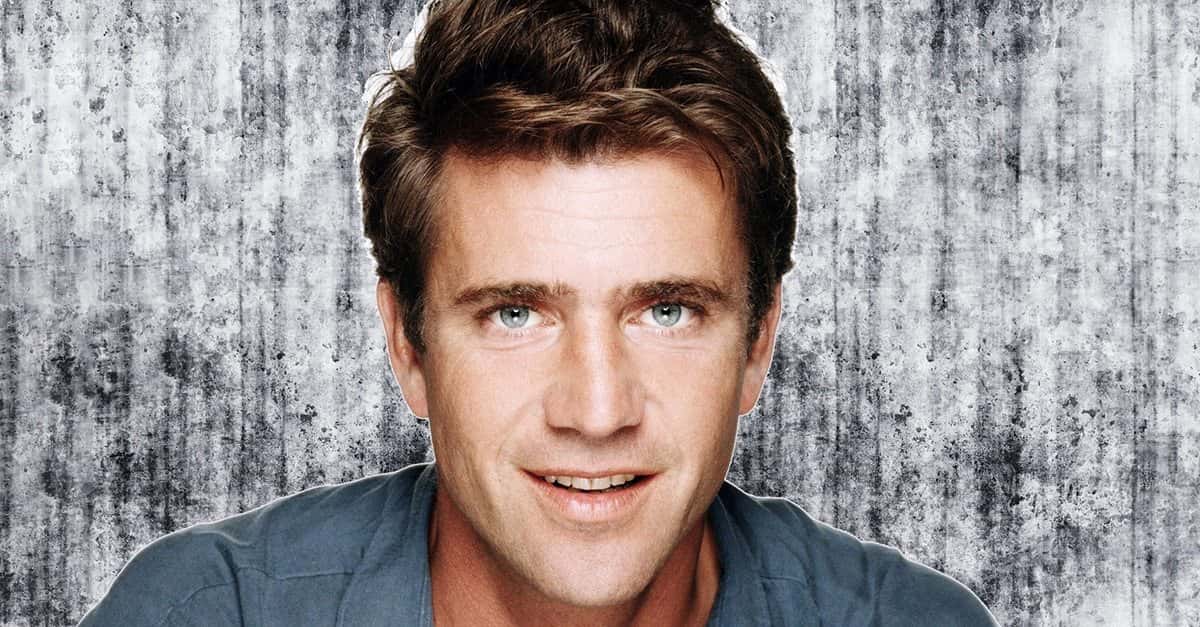