“Yesterday, December 7th, 1941, a date that will live in infamy, the United states of America was suddenly and deliberately attacked by naval and air forces of the Empire of Japan.” – Franklin D. Roosevelt

The Japanese attack on Pearl Harbor, Hawaii stunned everyone in the US. War was declared on Japan the very next day, leading to America entering World War II.

Here are a few things you might not know about the attack that both started and in a certain sense ended a war.

27. Preparation is the Key to Success

Planning for the attack began in early 1941 under Admiral Isoruku Yamamoto. The Japanese trained for a year, adapted equipment and gathered intelligence. The plan was approved on November 5th. 1941.

The goal of the attack was to buy time for the Japanese to strengthen its position before the Americans built enough ships to prevent Japanese victory, prevent America from interfering with their conquest of the South East Asia, and to demoralize America so that they would give in to Japanese interests. Unfortunately, they vastly underestimated America’s ability to recover and mobilize for war.

The attack on Pearl Harbor was on a Sunday. The Japanese specifically chose to attack on a Sunday because they thought the Americans would be more relaxed and less vigilant on a weekend.

When the attack began, most of the U.S. servicemen were still in their pajamas or eating breakfast. One man, Dorie Miller, a messman, had just finished serving breakfast when a torpedo hit his ship, the USS West Virginia. His battle station was destroyed so he reported to another location where he was commanded to go to the bridge to save the ship’s captain who had been injured. He moved the captain to a safer location before taking control of a .50 cal. anti-aircraft gun and firing it until he was out of ammo. He then assisted in carrying injured crewmen to safety through raging fires and persistent Japanese gunfire.  He saved the lives of many sailors that day and for his actions he was awarded the Navy Cross.

The Japanese attack force, consisting of six aircraft carriers, stationed itself 230 miles north of the Hawaiian island of Oahu when they sent in their airplanes for the attack.

The Japanese aircraft attacked in two waves, launched approximately 45 minutes apart. Of the 353 planes the Japanese launched, only 29 of them were destroyed.

20. Cloudy With a Chance of Meatballs

US servicemen identified the planes as Japanese because of the “meatballs,” which is what they called the large, red circle (Rising Sun) on the side of Japanese aircraft.

Japanese Commander Mitsuo Fuchida called out “Tora! Tora! Tora!” when flying over Pearl Harbor, signifying to the Japanese Navy that they had successfully caught the Americans by surprise.

The Pearl Harbor attack was codenamed “Operation Hawaii” by the Japanese, which as codenames go, doesn’t seem particularly difficult to break. When someone else in Japanese command noticed the same thing, it was changed to “Codename Z.”

The primary target of the attack were the United States aircraft carriers, which fortunately were not stationed at the base during the attack.

While the Japanese attacked the ships at the Pearl Harbor Naval Base and the airplanes at Hickam field, they left the repair facilities, submarine base, and fuel oil storage areas unharmed.

15. Third Time Would Have Been a Charm

There had been a planned third strike to return and destroy those facilities. Had the Japanese done so, it would have hampered the US Pacific Fleet far more seriously than the loss of the battleships. However, the Japanese withdrew because American anti-aircraft performance had improved during the second wave, they were concerned bombers were on the way to their location, and a third strike would have required a night landing, which was deemed too risky. Yamamoto later regretted not ordering the third strike.

All eight battleships that were at Pearl Harbor were sunk or damaged during the attack. Amazingly, all but two (the Arizona and the Oklahoma) were able to return to active duty. That’s what they get for not destroying the repair facilities.

After it was torpedoed, the Oklahoma listed so badly that it turned upside down.

The Arizona exploded after a bomb breached its forward magazine (i.e. the ammunition room), resulting in the deaths of 1,100 U.S servicemen who were on board, accounting for nearly half of all American fatalities.

During the attack, the Nevada left its berth and attempted to make it to the harbor entrance, but came under such heavy fire that it ended up beaching itself to avoid blocking the way out.

10. Or Are They Little Person Subs?

As additional support for their airplanes, the Japanese also sent five mini subs to help target the battleships. The Americans destroyed four of them and captured the fifth.

HA-19 was the name of the sub that was captured. It had a two man crew (Sakamaki and Inagaki). Because of a broken compass, they ended up hitting a reef three times and had to abandon ship after it ran a ground. Sakamaki was captured. Inagaki drowned.

The attack was unexpected (hence surprise), as many military experts believed that the Japanese would first target US bases in the Philippines and had drastically underestimated the Japanese Navy, thinking they could not mount more than one naval operation at a time.

In the wake of the attack, the Americans declared war on Japan as Franklin D. Roosevelt gave his famous speech to Congress describing the events as the “date that will live in infamy.” The speech originally read, “a day that will live on in world history.” Roosevelt changed it at the last minute to “infamy,” which we all agreed sounded way cooler.

Japanese Admiral Hara Tadaichi summed up the operation by saying, “We won a great tactical victory at Pearl Harbor and thereby lost the war.”

As a direct consequence of Pearl Harbor, the Japanese cities of Hiroshima and Nagasaki were destroyed by atomic bombs, ending the war in 1945.

4. Probably shouldn’t have done that

The attack took place before a formal declaration of war, but that wasn’t the intent. Admiral Yamamoto allegedly wanted the attack to occur a half hour after such a declaration. But the 5,000 word notification delivered to the Japanese Embassy in Washington took so long to process that the Japanese ambassador failed to deliver it in time.

2. Keeping it a Surprise

In 1999, documents were discovered by a Japanese law professor indicating vigorous debate inside the Japanese government over how to notify Washington of Japan’s intention to start a war. It appeared that the military did not want to give a proper declaration and prevailed. Because there was no official warning or declaration of war, the attack on Pearl Harbor was later deemed to be a war crime by an international military tribunal.

1. Put On Your Tinfoil Hats

There is a conspiracy theory that Roosevelt knew of the attacks but allowed them to happen so that American opinion would be swayed and make it possible for the US to enter World War II. Also, jet fuel doesn’t melt steel beams. 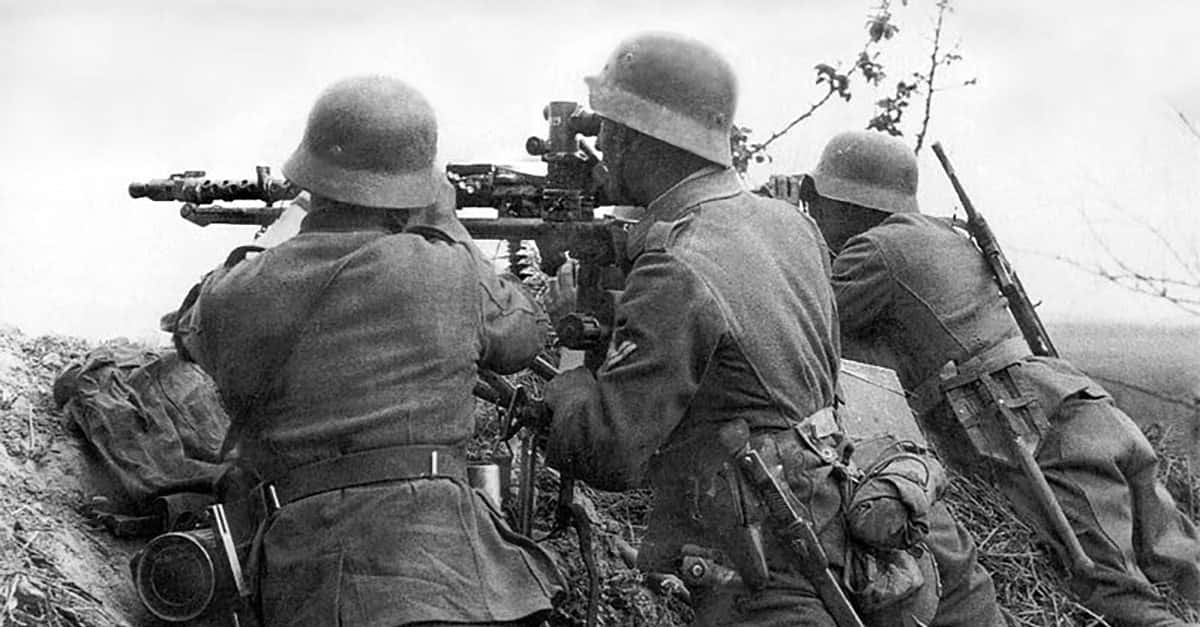 Facts About World War II, The War That Changed History

Facts About World War II, The War That Changed History