“It’s a very typical UFO sighting. Carter said it changed color and, in the physical report, described it as being about the size of the moon. And he saw it with about twenty-five other people.”
– Dwight Schultz

UFOs, or unidentified flying objects have been a curious phenomenon documented by humanity for centuries. Whether UFOs are evidence that mankind is not alone, has yet to be answered. The speculation and scouring of the skies continues on.

Winston Churchill reported seeing a strange airship, or UFO in Kent, England. It was sighted on October 14, 1912. Maybe the pilots flying the UFO wanted an autograph?

The first documented account of a UFO sighting in America dates back to the year 1639. John Winthrop, the colony governor of Massachusetts, noted an incident where three men observed a luminous object flying around the Muddy River, near the same area of the Charleston for a period of two to three hours.

23. Nothing to See Here, Just a Balloon

In Roswell, New Mexico on July 8th of 1947, an information office publicized the recovery of a flying disc that crashed in a ranch nearby. The government dismissed the story as simply an experimental balloon that was integral to a classified program being conducted. Critics cried that a cover-up of extraterrestrials was afoot.

Thanks to the Bible, some say the book of Ezekiel proves that UFOs have been around a lot longer than we may have thought. The prophet Ezekiel is noted for recounting his observation of a “great cloud with fire enfolding itself, a wheel in the middle of a wheel that descended and fired lightning bolts into the earth”

A poll taken by Roper in 1991 gave a startling result. Almost 4 million people believe they have been abducted by aliens at some point in their life.

20. No Need to Panic, It Was Terrestrial After All

Most UFO reports later end up being identified as objects or natural occurring events. Balloons, meteors, nacreous clouds, and hoaxes are often misinterpreted as proof of alien life and space ships.

Studies have shown that 5% to 20% of reported UFO sightings are unexplained, and remain to be unsolved mysteries. Maybe there is a cover up?

The term UFO, for unidentified flying object, is not the only descriptor for sightings in the sky. UAP, or unidentified aerial phenomenon is used by investigators. OVNI, or objet volant non identifie is another acronym used by many in Europe.

The book Flying Saucers from Outer Space, written by author Donald E. Keyhoe in 1953, was the first to use the term “UFO.”

Between December 1948 and April 1955, many witnessed green fireballs above the skies of New Mexico. Astronomers, military personnel, and members of the public were baffled about these UFOs. Dr. Lincoln La Paz, a meteor expert, was brought in to investigate. This was because the objects sighted didn’t behave like natural phenomena or meteors. After years of investigating the phenomenon, the results were inconclusive. Nobody knew what the UFOs were, except that they weren’t meteors. Cue the rock-n-roll music.

In Tully, Australia, in 1966, a farmer recounted seeing a UFO rising up from a swampy area and flying off. When he went toward the area of the sighting for a closer look, he saw a circular area of flattened reeds and grass. The crop circle was assumed to be made by extraterrestrials, but investigators concluded it was a waterspout.

A papyrus containing notes of Pharaoh Thutmose III detailed a UFO sighting around 1480 BC. A circle of fire was seen in the sky, and the scribes reported their sighting to the pharaoh. Days following, more UFOs showed up. The pharaoh decided to burn incense and have his scribes mark the day as important. Situation handled.

Explorer Christopher Columbus saw a glimmering light in the distance on October 11, 1492. He called for Pedro Gutierrez, who bore witness to the strange light. The light vanished and reappeared several times, in addition to making strange movements. Columbus took this as a sign they would soon arrive on land. His prediction came true, just four hours following his proclamation.

The term “flying saucer” is widely used to describe UFOs, since many are shaped like a saucer. In 1947, pilot Kenneth Arnold described his UFO sighting as a “flying saucer.” Hence, the name stuck. However, many UFOs sighted also look like balls and triangles too.

Even the legendary Alexander the Great had an encounter with a UFO. In 329 BC, as Alexander and his army were crossing a river, some silver shields encircled with fire began diving at his men, and scaring their war elephants. The war party had to wait until morning arrived before they could cross safely without interference.

Even UFOs have managed to sneak their way into famous medieval European artwork. “The Annunciation” by Carlo Crivelli, made in 1486, has a mysterious looking flying disk with lights prominently in the painting. Another work of art, “The Madonna With Saint Giovannino,” by artist Domenico Ghirlandaio shows Mary with the baby Jesus. In the background of the painting, a man and his dog seem to look at a UFO hovering above. UFOs were “photo bombing” before it was cool.

Strange objects spotted in the skies were referred to as “flying saucers” since 1947. In 1952, the term UFO, for Unidentified Flying Object became more in vogue. UFO was used by US Air Force officer Edward Ruppelt.

8. Celebrated With A Day

July 2nd is World UFO Day. This date was chosen to honor the time an alleged UFO crash in Roswell, New Mexico happened, on July 2 1947.

7. Smile For The Camera

Astronomer Jose Bonilla was credited with taking the first photographs of a UFO, in 1883, in Zacatecas, Mexico.

6. An Ology For Everything

Cereology is the study of crop circles. Many believe UFOs create crop circles, or “flying saucer nests” and use them as landing pads. The first crop circle to be recorded, appeared in 1965 in Queensland, Australia. Note that the only thing that has been proven to cause crop circles is humans: people who have admitted they made them as a hoax. This doesn’t mean all crop circles have been explained–they haven’t, but in every instance where a crop circle formation has been explained, it has been a hoax.

5. Spirit In The Sky

Thanks to UFO phenomenon throughout the world, many UFO-based religions have sprung up. Scientology, The Aetherius Society, and The Universe People are a few noted UFO-based faiths.

Since 2001, the reported number of UFO sightings in the United States has tripled. The Mutual UFO Network and the National UFO Reporting center gathered over 121,036 eyewitness testimony to measure this increase in activity.

In 1938, a radio program was broadcast under the direction of Orson Welles for Halloween. The performance was so convincing that the public went into a panic, believing that there was an alien invasion of UFOs.

The Heaven’s Gate Cult gathered a lot of attention when 38 people sadly took their own lives. The reason? They believed that there was an alien ship behind the Hale Bopp comet. The only way they could travel on the approaching UFO was to shed their mortal forms, as only their souls could make the journey.

During WWII, the 415th Night Fighter Squadron had a little extra company during a mission. While flying over the Rhine Valley, there were suddenly strange lights following the airmen in the sky. November 1944, pilot Edward Schlueter and other personnel described 8 to 10 bright lights of an orange color, flying at the side of the left wing of the plane at high velocity. Despite the sightings, the radar and ground control did not have any visible readings. The repeated reports of UFOs by allied pilots during WWII became known as “foo fighters.” And you were thinking David Grohl wasn’t a history buff. 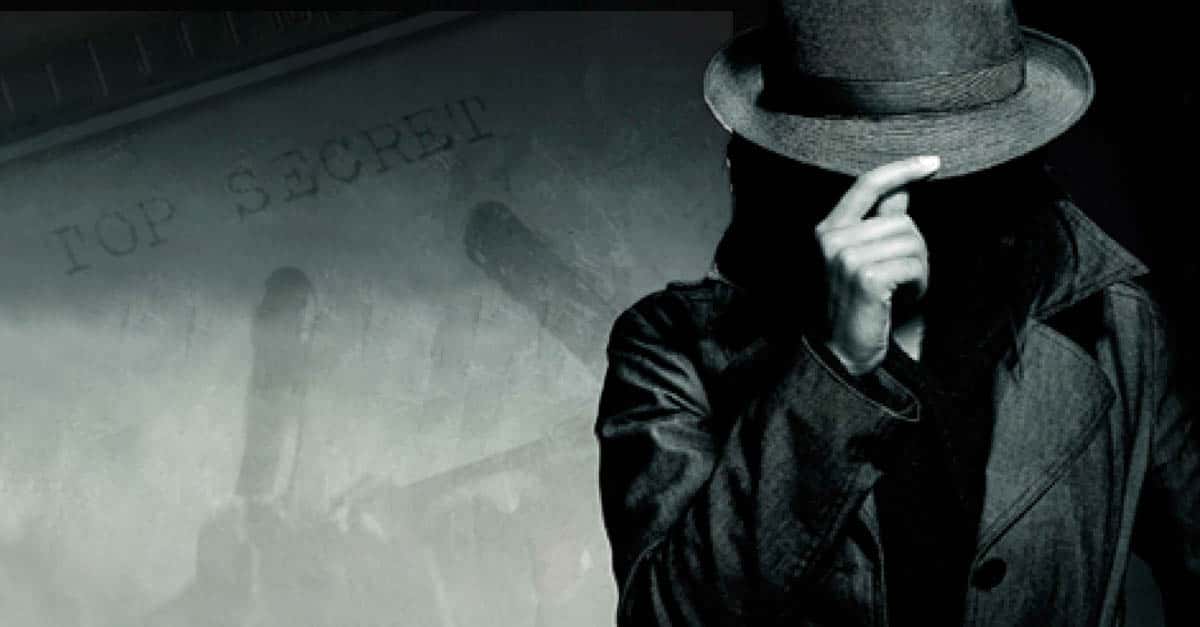