Based on the Danish fairy tale, The Little Mermaid tells the story of a beautiful mermaid princess who dreams of becoming a human. Its success helped kick off Disney’s renaissance period, an era that saw the release of classic films such as Beauty and the Beast, Aladdin, and The Lion King.

Here are a few facts you might not have known about the little fish girl who could.

The Little Mermaid was originally planned as a part of Disney’s proposed biopic on Hans Christian Andersen and was envisioned as a combination of live-action and animated segments of his fairy tales. This film never happened, and Disney didn’t return to the idea of doing an animated The Little Mermaid for decades.

Some of the character sketches done by illustrator Kay Neilsen during the original attempt to animate The Little Mermaid were dug up decades later and used as inspiration for the 1989 film and Neilsen even got a credit over fifty years later.

The blue-green color of Ariel’s fin was mixed up by Disney’s paint lab (they have a paint lab!) and the new color was called “Ariel” in her honor.

The animators decided to make Ariel’s hair red because Daryl Hannah had just played a blonde mermaid in the very popular 1984 comedy Splash and they didn’t want to audiences to get confused.

When Jeffrey Katzenberg was first pitched The Little Mermaid, he wasn’t interested as his studio was working on a sequel to Splash and thought two mermaid movies would be overkill. If only the same thing happened to Lady in the Water.

Sebastian was originally a stuffy British butler crab named Clarence. It wasn’t until the music was written that they changed Clarence into a Rastafarian named Sebastian because that is the power of calypso.

Animating a film is a lot of work, and Disney didn’t have the manpower available. Disney hired the Chinese animation studio Pacific Rim to draw over one million bubbles by hand.

Given the tentacles, most people will say that Ursula is part-octopus, but if you count the number of tentacles, she only has six, as opposed to the traditional eight.

The part of Ursula was originally offered to Golden Girls actress Bea Arthur. After that, the role went to stage and screen actress Elaine Stritch. However, Stritch had a poor working relationship with lyricist Howard Ashman and she was eventually replaced by Pat Carroll.

The role of King Triton was originally offered to Patrick Stewart who could not make it so due to a conflict with Star Trek: The Next Generation.  The part instead went to Kenneth Mars.

Ursula’s look was based on Divine from John Waters’ Pink Flamingos, a film critics described as a “septic tank explosion.”

The song “Part of Your World” was almost cut from the film because Katzenberg watched an incomplete version during a test screening and one of the children in the audience seemed more interested in his popcorn than the music. The songwriters and animators begged Katzenberg to give it another shot and, after he reluctantly agreed, they screened a completed version in front of an adult audience who loved it, proving Katzenberg wrong. Which is what you get for almost making major decisions based on the whims of children.

Actress Jodi Benson reportedly recorded the song in the dark in order to simulate the feeling of being underwater. In the Mariana Trench.

The film was nominated for three Academy Awards all for its music and kicked off a wave of Academy Award nominations for Disney songs. Unfortunately, the Academy did not see fit to recognize the heroic Chinese animators who drew all the bubbles.

In initial theatrical release of The Little Mermaid was accompanied by A Grand Day Out, the first clay-animation short to star Wallace and Gromit.

A Broadway musical version of the film was staged on New York stages in 2008 with new songs added. The original Broadway production underperformed and was shelved by 2009. We guess it just didn’t have legs.

7. Putting the No in Nostradamus

Jeffrey Katzenberg was so confident in the film that he predicted it would be the first animated movie to make $100 million at the domestic box office. It made only $84 million, but that’s still an excellent haul!

Disney was reluctant to release the film on home video, a burgeoning new market, because it clashed with their plans of making additional profit by re-releasing films every seven years. However, they decided to take the plunge anyway and it sold 23 million copies on VHS and another 7 million DVDs (when they were eventually invented), making it one of the most successful home releases ever. This doesn’t even take into account all the LaserDisc sales. Remember LaserDiscs? Yeah. Neither do we.

Disney did re-release the film eight years later and made another $27 million. Although, they partially did it to mess with Fox, who released Anastasia on the same day.

4. Battle of the Bulge

Disney was sued for allegedly misrepresenting its G-rating. Why? Even though The Little Mermaid is supposed to be a children’s cartoon, there’s a scene where you can clearly see what appears to be an erection. During the wedding between Eric and the disguised Ursula, the bishop appears to be sporting a suspicious bulge below the waste.

It turns out that former Disney Animator Tom Sito was the artist who created the bishop character and drew the scene. “It’s his knees,” he said about the infamous bulge. “The joke was he’s a little man standing on a box and his robes, his big bishop robes, are draped over everything so they’re covering his whole body. And people are just seeing what they want to see.

A shot from another angle does in fact show two bulges, supporting this knee theory. Despite that, the offending bulge was airbrushed out of the Blu-ray release.

The Little Mermaid was the last Disney film to use the cel animation process, where animator’s drawings were copied onto clear sheets of plastic, painted on the opposite side, and then laid over hand painted backgrounds. This method was replaced with a Pixar-developed computer program called CAPS that did the same thing.

2. The Start of a Beautiful Friendship

The Little Mermaid was the first collaboration between Disney and Pixar, who became Disney’s in-house developer of some of the most beloved computer-animated features of all time.

Using their computer program, Pixar created the final shot of the The Little Mermaid. 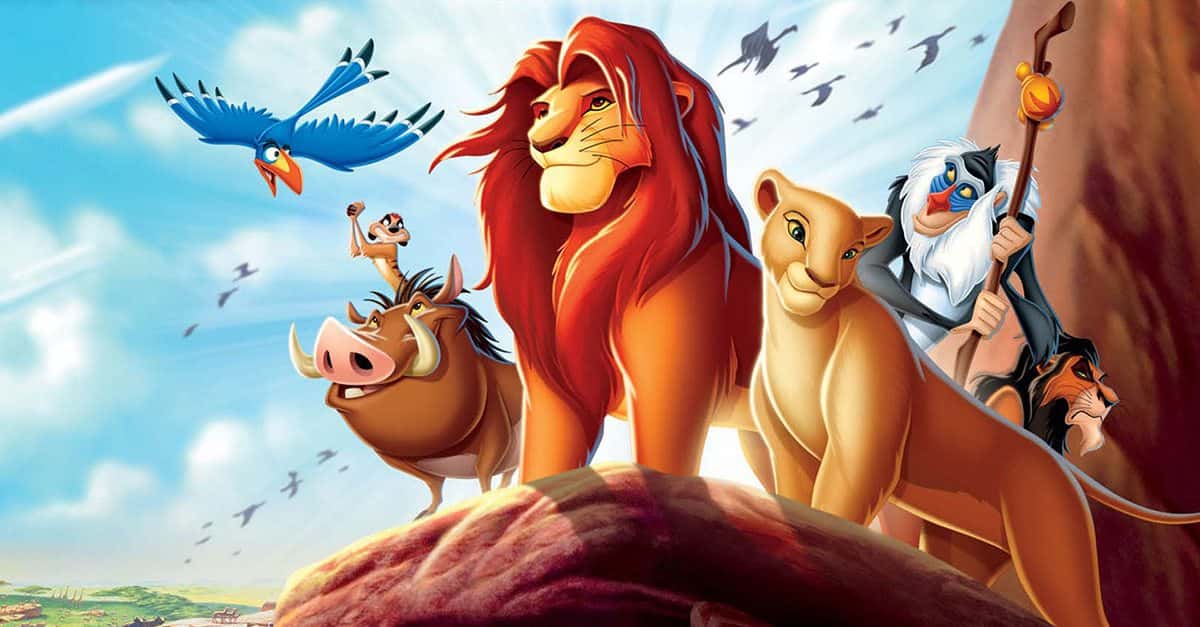