Do you remember the first time you saw Iron Man, Thor, Hulk, Captain America, Black Widow, and Hawkeye all on screen at one time? It was a dream come true for comic fans everywhere! Now we’re basically weeks away from the third instalment in the series, Infinity War. Let’s take a look back at what has led to 2018’s epic new film.

24. A Codename for the Ages

Studios often attach codenames to projects to keep spoiler hounds from ruining essential details. Tom Hiddleston told the Guardian newspaper that the codename for the first Avengers film was “Group Hug.” Awww, it looks like all the superheroes were finally feeling the love.

23. Can Anyone Say Blockbuster?

Leading up to The Avengers, Iron Man, Thor, and Captain America all received feature films to set up the movie. Despite this competition, The Avengers was the first movie in the Marvel Cinematic Universe to make one billion dollars. We’re sure Marvel is happy they “assembled.”

Many remember Lou Ferrigno as the original Hulk: He donned the mean green in the late 1970s. Ferrigno contributed his voice talents to the Hulk in both The Avengers and Avengers: Age of Ultron.

In Avengers: Age of Ultron, Elizabeth Olsen’s Scarlet Witch is antagonizing and craftily diabolical. Her mind control powers feel graceful and hypnotic, and Olsen worked with a dance choreographer to make her movements even more rhythmic in action scenes.

For a comic book movie, The Avengers features a significant number of Oscar-nominated actors and actresses: Samuel L. Jackson, Robert Downey Jr., Gwyneth Paltrow, Mark Ruffalo, Jeremy Renner, and quite a few others. Is the Best Picture award on the table for later instalments?

19. You Almost Needed a Babysitter

Before Deadpool, most Marvel films were exciting enough to capture the attention of adults, but still had a family-friendly vibe for the kids. Even so, the The Avengers was initially slated to be rated “R.”

Toward the end of The Avengers, Iron Man asks Captain America if he would like to try shawarma. The end credits reveal a scene where the group of Avengers is sitting at a table enjoying the dish. As a result of this mention, shawarma sales went through the roof in Los Angeles. One shawarma restaurant even saw an 80% boost in revenue!

Director Joss Whedon wanted to include an additional villain in The Avengers; he felt that Loki would not be able to cause enough trouble alone. The studio was not too keen on this idea, so they were only left with one troublemaker. It proved successful, and the studio felt Tom Hiddleston threw himself into the role intensely.

Hugh Jackman spent a whole year talking up a fight between Wolverine and Iron Man. A similar battle happens in the comic version of Civil War, and Jackman (along with millions of fans) wants to see the same thing happen. Fox owns X-Men, which would make a fight like this challenging to bring to the screen, but with Disney’s 2017 announcement of a merger with Fox, this might be in the cards.

Scarlett Johansson was pregnant during the filming of Avengers: Age of Ultron. To hide her stomach, three stunt doubles were used. It became so confusing that Chris Evans recalled starting a conversation with one to realize later he was not speaking with the real Johansson.

14. A Well-Deserved Bottle of Champagne

Most Avengers fans will remember the unforgettable scene in Age of Ultron where Ultron commands his drones to fly down and attach to a truck, but many fans don’t know that the drones actually were all created by a single animator. He’s responsible for that whole scene, and it took him 360 days to complete. At the completion of the project, a party was thrown in his honor, where he received his own bottle of champagne.

13. These Movies are Still Breaking Records

As of this writing, the Avengers: Infinity War trailer is the most viewed movie trailer in YouTube history. The sneak peek boasts over 100 million views and far surpassed the previous record holder, Star Wars: The Force Awakens.

12. Wakanda Was Foretold Long Ago

The dwelling place of Black Panther, Wakanda, was mentioned in Avengers: Age of Ultron, but it was not the first time the location was referred to in the Marvel universe. It was seen as a hotspot on Nick Fury’s map in Iron Man 2.

11. It Didn’t Work That Time Either

While Tony Stark is planning to put the Ultron program into motion, he uses a famous quote that says the ultimate goal of the program is to create “peace in our time.” This same line was used by British Prime Minister Neville Chamberlain after negotiations with Adolf Hitler in the late 1930s. Much like Stark’s Ultron program, this failed.

Soundgarden, famed 90s rock grunge band, recorded “Live to Rise” for the Avengers Assemble soundtrack. It was the group’s first new song in 15 years. Nothing wrong with a little grunge throwback!

9. The Comic That Started It All

The Avengers was released a year and four months after the 50th anniversary of the first Avengers comic. This just shows how long this franchise has been around, and how much went into these stories before they finally made it to the big screen.

The process that Tony Stark went through to create Ultron was a nod to Mary Shelley’s Frankenstein. Both monsters were initially designed for good, but became corrupted along the way.

In Avengers: Age of Ultron, the orchestral piece that is playing as Bruce Banner and Black Widow kiss was music taken from the video game Kingdom Hearts. It’s an adventure styled crossover of Final Fantasy and Disney characters.

Samuel L. Jackson’s Nick Fury was brought to us by none other than M. Night Shyamalan. Whedon has always been a huge fan of Jackson, and his role in Unbreakable sealed the deal. As a result, Jackson was signed to a nine-picture deal with Marvel to portray Nick Fury.

While the heroes of the first Avengers are shown jet-setting through skyscrapers in the downtown area of New York, most of the film was shot in Albuquerque, New Mexico and Cleveland, Ohio. CGI and a little camera work can apparently make any place look like New York.

During the attack on New York City in the first Avengers film, the military can be seen coming in to help save the day. These were authentic members of the Ohio-based 391st Military Police Force Battalion. Actors are great, but sometimes the real thing works just fine.

3. Welcome to the Digital Age

The Avengers had over 2,200 visual effect shots created by 14 different companies. This means most of this movie was made behind the camera. That‘s why it takes so long to get to end-credit scenes.

In some of the early “Marvel Ultimates” comic storylines, Scarlet Witch and Quicksilver teased an incestuous relationship. Olsen and Aaron Taylor-Johnson (Quicksilver) played around with this storyline in the Avengers: Age of Ultron, as Olsen said that this inspired the way they acted around each other in the film.

1. Stop Asking About My Underwear

Despite playing a badass female hero on the screen, Scarlett Johansson has faced sexism during the press work for The Avengers.

For example there was controversy surrounding the photoshopping of her figure on one of the posters for Captain America: The Winter Soldier.

Even worse than that, she had to watch as her male co-stars were asked serious character questions during interviews while she was asked about her figure and body. But she finally exploded on an interviewer who asked her whether her underwear was hard to wear under her costume.

Scarlett replied angrily: “What is going on? What — since when did people start asking each other about — in interviews about their underwear?”

Then she said, “I’ll leave it up to your imagination. Okay?” 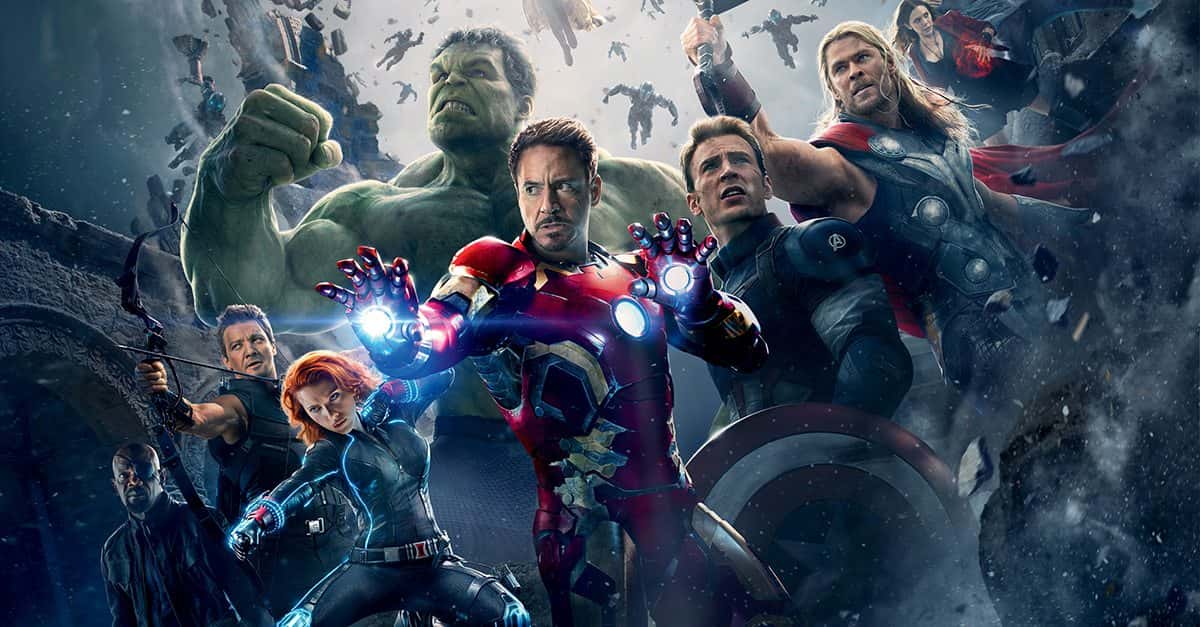 Heroic Facts About The Avengers