Sirius Black is one of the most beloved characters in the Harry Potter series. Fiercely loyal and always there for Harry when he needed him, Black’s (spoiler alert!) death was one of the series’ most gut-wrenching ends. For those that can’t get enough of Harry’s brave godfather, check out 24 magical facts about Sirius Black.

Though you may have thought Sirius Black and Nymphadora Tonks’ only connection was their love of Remus Lupin, it turns out the two are actually related by blood. Sirius’ cousin, Andromeda Black, is actually Tonks’ mother, making them first cousins once removed.

To us muggles, the name Sirius is pretty uncommon, but in the wizarding world, it turns out there are more men named Sirius than just Harry Potter’s godfather! In fact, the Sirius Black we know and love is the third “Sirius” in his family. Sirius Black I died at only eight years old, while Sirius Black II lived between 1877 and 1952.

Fans of the Harry Potter series know that author J.K. Rowling liked to make many astronomical connections. Case in point: Sirius Black. Black’s name is also the name of a star found in the constellation Canis Major, which means “Great Dog” (a rather fitting name given his animagus, don’t you think?). In addition, Sirius, also called the “Dog Star,” is the brightest star in the sky and is 26 times bright than the sun.

Sirius wasn’t the only member of the Black clan named after a constellation. Andromeda and Cassiopeia also earned their monikers from famous stars in the sky (which are both also mythical figures).

Looking deeper into Black’s family tree (despite being partially burnt away), we discovered that he is actually related to both the Malfoys and the Weasleys. Arthur Weasley, Ron’s father, is Black’s second cousin once removed, while Narcissa Malfoy, Draco’s mother, is a Black by birth.

The history of the Black family involves quite a bit of doom and gloom. Despite their sharp minds, the average life expectancy within the Black clan isn’t very high, which is why Rowling said it shouldn’t have come as a surprise to fans when Black himself died. According to the family tapestry, the average life expectancy is 59 years old, with only a few members living past this age.

Believe it or not, Gary Oldman almost wasn’t cast as Sirius Black in the Harry Potter movies. Fellow English actor Robson Green was director Chris Columbus’ first choice for the role. However, Columbus only ended up directing the first two Harry Potter films, at which point Alfonso Cuarón stepped in. Luckily, Cuarón was a huge fan of Oldman and in the end, the veteran film actor was cast.

In 2015, following the 2015 Rugby World Cup, Rowling revealed Black’s birthday to be November 3rd. Rowling had promised to reveal the special date on Twitter if enough of her followers showed support for the Scottish rugby team, who were facing Samoa in the global sports tournament.

Black was just 22 years old when he was imprisoned in Azkaban. It’s easy to forget, but the Marauders were barely out of school when Sirius was best man at James and Lily’s wedding.

According to Rowling, marriage was never in the cards for Sirius. Despite being the best man at James and Lily’s wedding, Black himself was “too busy being a big rebel to get married.”

In the film version of Harry Potter and the Prisoner of Azkaban, we see Black covered in body art. However, Black’s tattoos in the film were by no means random. In fact, one of his tattoos is the alchemical symbol for Gray Wolf, which has been interpreted by some to be a nod to the fact that Black’s animagus is a dog.

Though the newspapers of the wizarding world got a lot wrong about the arrest of Black, they did get one thing right. Black was indeed found laughing hysterically at the scene of the crime. In a 2005 interview, Rowling stated, “Yes, he laughed. He knew what he’d lost. It was a humorless laugh. Pettigrew…it turned out that he was a better wizard than they knew. Turned out he was better at hiding secrets than they knew.”

Even though Rowling had planned Black’s death in advance, when it came to actually writing his final chapter, she was overcome with emotion. The author was driven to tears in her own kitchen (just as most of us were at home when reading “Beyond the Veil”).

Just because Black died doesn’t mean he was forgotten. To honor his beloved godfather, Harry Potter went on to name his first son James Sirius Potter, in memory of both his father and Black. James Sirius Potter was sorted into Gryffindor on September 1, 2015 and according to Rowling, carried on the tradition of being a troublemaker at Hogwarts.

The name Padfoot has an interesting backstory. In English folklore, Padfoot actually refers to a Hellhound known as Black Shuck that had glowing eyes and haunted the moors surrounding Leeds in Northern England. In essence, it is a myth centered on a black dog, which was likely why it was chosen as a nickname for Black’s character.

Like any book-turned-movie, there are often several differences between what’s on paper and what ends up on screen. One of those differences in the Harry Potter series was that in the film versions, Black has brown hair and blue eyes, whereas in the books, he has black hair and grey eyes.

Another difference? In the films, Black is portrayed as being much older than he was in the books (this is also true of James Potter, Professor Snape, Lupin, and Peter Pettigrew’s characters). In the books, Sirius dies at the age of 36, however, in the film, Oldman was 46 years old when filming Harry Potter and the Prisoner of Azkaban and 53 years old when he last played him.

In the books, Black is described as being able to transform into a dog that is roughly the size of a bear. However, in the film version, Black’s transformation is into a fairly average-sized dog.

Though brave and extremely loyal, Black’s traits weren’t all good. Rowling described Sirius as “slightly unbalanced, a “bit of a loose cannon,” and claimed he had a “case of arrested development” due to his long stay in Azkaban.

Everyone knows the Marauder’s Map was one of the coolest magical inventions. Created by the Marauders (Black, James Potter, Lupin, and Pettigrew), the map allowed them to sneak around Hogwarts at their leisure. However, fans might not know that in addition to helping them make trouble, the map was created to help Lupin anytime there was a full moon. Having the map meant that they could help him escape quickly in a crisis. Once safely out of the castle, they would head to the Shrieking Shack where Lupin would hide out until it was over. Now that’s what I call friendship!

1. The Boy Who Lived

For those who haven’t re-read the first book since the series ended, you may not have noticed that Black’s name is actually mentioned in the very first chapter of the series, “The Boy Who Lived.” However, in an earlier draft of the story, Rowling revealed that Black was actually going to make an appearance in that first chapter. Supposedly, Black was going to encounter a wizard name Pyrites. Pyrites was a follower of Voldemort, but the character was later scrapped and Black only received a brief mention as a motorbike donor in “The Boy Who Lived.” 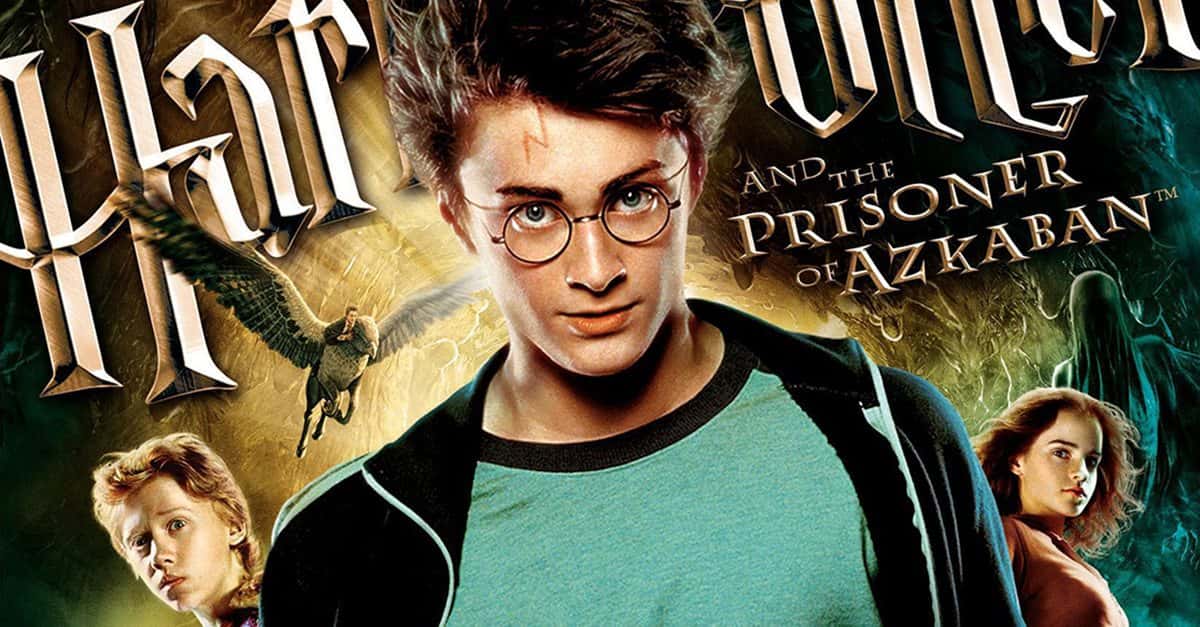 Time-Turning Facts About Harry Potter And The Prisoner of Azkaban