“Tinder – man, what’s that all about? Tinder, where you’re just, like, shopping for a human being. Reading the stats like ‘Mortal Kombat.’ You’re like, ‘Oh, he’s got six arms, and he’s only got the two, so I’ll probably go with the six arms.’ I don’t want to do that with human beings”—Joe Gilgun.

Started in 2012, the app Tinder has forever changed the dating world, whether you like it or not. Now the most popular dating app on the globe, it has been downloaded over 100 million times and is worth more than $1.6 billion. This just proves that the addicting game-style dating app has everything going for it. So, go ahead and swipe right on this article.

There are more men on Tinder than women, yet women spend more time on the app than men per average session—probably because with those odds, they have more to swipe through. However, women are considerably more picky, as they swipe right—right is yes, left is no—only 14% of the time, whereas men do 46% of the time.

Tinder supports the LGBTQ community by running a contest in which they donate $100,000 towards an LGBTQ wedding if the couple originally met on Tinder.

Among all the users automating Tinder by using second party apps, there is a Tinder hack called lolTinder which was created in order to increase one’s chances on the app by instantly messaging any match. On the Github page, the creator of the app explains why he made the app, saying “I really just love meeting up with girls and reading bibles together. It’s so peaceful and sweet. Sex? Ew.” Yeah, just a faint whiff of irony there.

21. Around the World in Tinder Days

Regardless of the country you are in, chances are that you can Tinder your way to love, or maybe just some new friends, as it is now used in about 196 different countries in the world.

The creators of Tinder—interestingly both from Jewish-Iranian families—met at the University of Southern California (USC). Falling in line with other tech wizards such as Bill Gates and Mark Zuckerberg, the creators of Tinder dropped out of university in order to fully go after their dreams of making it big in the tech world.

Back when Tinder was still in the developmental womb, it was called Matchbox and only available on college campuses, just like Facebook. But, as everyone knows, that’s not where the money is, and Tinder really took off when it was released to a wider audience.

At first, Tinder didn’t have its famous swiping motion. In fact, it didn’t really exist, and Tinder became the first “swiping app” when it adopted that type of user interface, and opened up the door to both riches and the future of other apps that use a similar UI.

Time goes fast when swiping on Tinder. Whether you are going all in and swiping right on everyone or feeling picky, chances are that you are spending more time than you realize on the app. On average, users spend a total of 35 minutes on the app per session.

Tinder has been a tech darling, but it hasn’t been without its share of controversy. One of its original founders, Whitney Wolfe Herd, left the company in 2014 and filed a lawsuit against the other executives for sexual harassment and sex discrimination. She would eventually settle with the company for over $1 million plus stock shares.

Whitney Wolfe Herd was played a key role in the company’s success, as it was her who came up with the idea of the name “Tinder.” Inspired by the flame logo, she derived the name from childhood memories of using tinder to start fires at her father’s cabin in Montana.

There are now over 50 million users on Tinder. That sure is a lot of people in search of…connection? With so many people spending over a half an hour on the app every day, the total amount of daily swipes is at an absurd number: 1.6 billion. Your chances must be pretty good then, right?

What may be surprising to some, or not very surprising to many others, is that Brazilians make up the largest chunk of users in the world. At a whopping 33.5% of all Tinder users, it is quite evident that they love their Tinder almost as much as their football. Rounding out the top four countries are Italy, United States, and Mexico.

Before there was Tinder, there was Momo. What is Momo, you ask? Well, it’s essentially China’s version of Tinder. Or, should we say Tinder is the American version of Momo?

11. Smile Your Way to Match

Turn that frown upside down, not just for your own health, but for your Tinder chances. No one wants to go out with someone who is no fun and Tinder stats show that users who have a welcoming smile in their photos have a 14% better chance at being swiped right on than those mean-mugging or doing their best Kanye impersonation.

Forget the smiles and clothing, what really matters to Tinder users is the music. Music can turn a smile on and even take the clothes off. It is clear that sharing musical tastes is important to most, as those who use Spotify to display what they’re listening to have 84% more matches than those who do not.

To Tinder users, education is the key. Though it has the reputation of being all about appearances, 96% of users actually report that education is one of the key factors when they consider who to potentially choose as a partner. So much for that shining bod in your gym selfie, as it is the brain that is the king of sexy.

This past Valentine’s Day was a successful one for Tinder users, but it was no fluke. Valentine’s Day brings people out of the closet in either an act of love or desperation, as there is a matching increase of 60% on Cupid’s favorite day of the year.

Tinder has inspired more than just one night stands and bouts of love. A startup app out of Berlin created a Tinder inspired app for the sex industry call Peppr, which allows prostitutes to advertise themselves. The creators of the app have made sure to vet each sex worker who signs up, though, in order to make sure they are not complicit in the more exploitive side of the sex trade.

6. A Case of the Monday Swipes

If you want to naturally hack your Tinder game, you should try swiping in the evening. The peak swipe time is at 9 pm, as people are winding down from their days. Optimal matching time is also considered to be earlier in the week, on Mondays and Tuesdays, as opposed to the weekend.

5. Lady in the Street

Put that bikini away, ladies. Statistics show that men actually prefer to swipe on women who are dressed in formal attire as compared to those wearing less clothing, at a rate of 19.7% more. You’ve got to leave a little for the imagination and leave the bathing suit for the beach.

While it is better for women to leave men to their imagination, the same isn’t the case for women. 53.3% of women swipe right on men who have their shining bodies in the pictures compared to a rate of only 32.9% for those in formal attire. Just in case you needed any more motivation to hit the gym, what more could you ask for than some Tinder science?

Now known as the “IHOP effect,” increased late night revenue for the famous pancake diner chain is believed to be derived directly from Tinder. The logic behind this phenomenon is: the more people use Tinder, the more awkward late night dates there are. And what better way to go on a potentially awkward late night date than to ensure that you’ll at least get some pancakes out of it? Where else are you gonna go—Denny’s?

2. Everyone Is On It

There have been numerous celebrities to be spotted on Tinder, including the likes of Lindsay Lohan, Britney Spears, and Ed Sheeran. Sheeran was even approached by Tinder to become to first verified account on the app but, understandably, turned it down. That is just downright creepy.

In-house at Tinder, the engineers have developed a rating system which rates each user on their desirability. It took them over two months to figure out their system, which essentially rates a user based on the way in which others interact with their profile. Yes, they know whether or not people hovered over that bikni photo or not, and for exactly how long. Somewhat disturbingly, this rating also influences potential future matches, as it is basically a “vast voting system,” which aggregates swipes, according to research done by a writer at Fast Company. 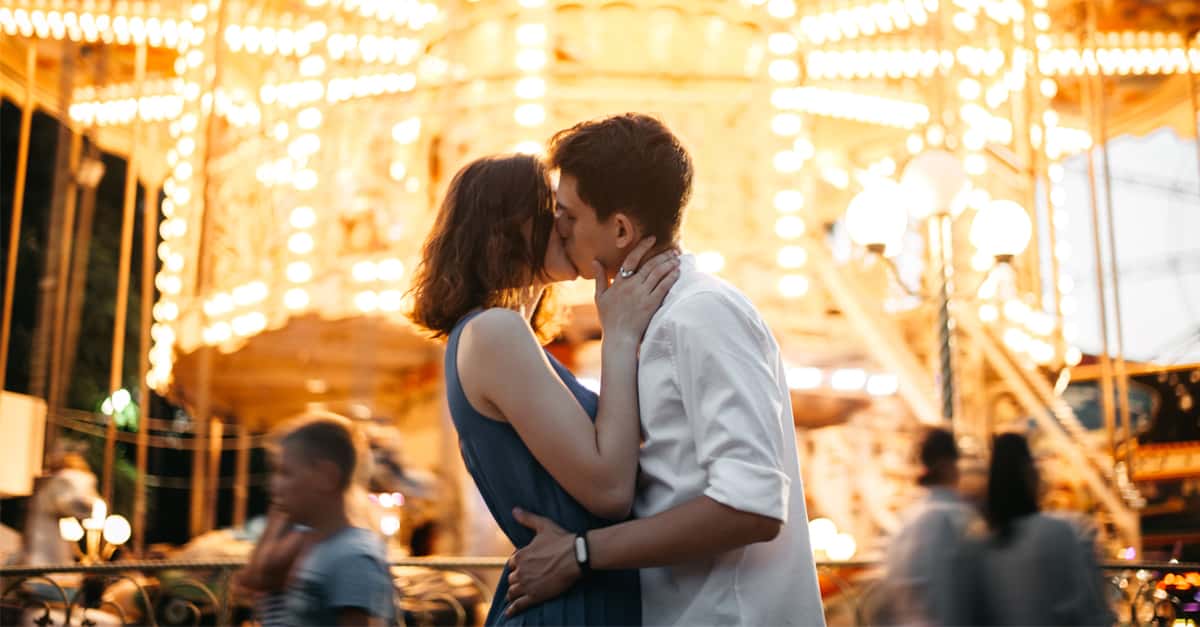