Just wait until his father hears about this. He’s Harry Potter’s arch rival at Hogwarts, he’s from one of Slytherin’s venerated pureblood families, and he’s our favorite spoiled brat. Draco Malfoy is the wizard we love and love to hate, so get your robes on, a mug of butterbeer, and dig in to these 24 facts about Draco Malfoy.

24. The Wand Makes the Wizard

J.K. Rowling’s work is always rife with symbolism, and wizards and their wands are particularly symbolic in the Harry Potter series. Draco Malfoy’s wand is made of unicorn hair and hawthorn, and according to Rowling, the unicorn hair points to the fact that Draco, annoying and scheming as he is, does actually have a good side. Wands made from hawthorn, furthermore, often mean that the wizard belonging to the wand has some great inner conflict inside themselves. Hawthorn wands can also be tricky, and are best suited to highly skilled wizards.

Although Snape tried to teach Harry how to block his mind from Voldemort using Occlumemency, our great hero pretty much flunked those lessons. Draco, however, had no such trouble, and is shown throughout the series to be good at shielding his thoughts. He had an advantage: Slytherins are often good Occlumens, and he was also taught by his aunt, Bellatrix Lestrange.

Tom Felton, who plays Draco in the film versions of Harry Potter, wasn’t allowed to tan while playing the pasty Malfoy. He also had to dye his hair an astounding 18 times to keep those white platinum blond locks—his natural hair color is light brown or dark blonde. After the final movie came out, Felton was back to enjoying his time in the sun.

21. Befriending The Boy Who Lived

In the books, Harry meets Draco much earlier than in the films. The two meet in a shop in Diagon Alley where Draco is trying on robes, and Draco actually tries to befriend The Boy Who Lived. Pottermore confirms that this was not out of the goodness of his heart: he is secretly putting feelers out to see if Harry will be an ally to the dark wizards.

Despite being pretty smug and snobby, and a little bit wizard-racist, Draco is a fan favorite, especially among girls, and some fans in particular like imagining Draco and Hermione together. Rowling has said that while she understands the desire to fix a broken person, this doesn’t mean fans should overlook Draco’s numerous flaws.

It wasn’t revealed until Rowling started up Pottermore, but Draco had a very interesting hobby post- Hogwarts. She revealed on the site that he spends lots of time studying alchemy. He was able to do so because he is still fantastically wealthy, and didn’t need to find a day job after school.

We only get a glimpse of Draco’s wife Astoria Greengrass at the end of the series. In Harry Potter and the Cursed Child, however, we learn far more about her: she breaks from many pureblood ways and raises her son Scorpius to be tolerant of muggles, much to the chagrin of her family and her in-laws. Sadly, Astoria was also cursed with difficult childbirths, and only lived to see Scorpius head into his third year at Hogwarts.

In Cursed Child, we also get a glimpse of a somewhat reformed Draco: Scorpius is able to confide in his father, particularly after his mother’s death, and Draco is said to have been a caring husband.

Draco’s middle name is Lucius, after his father. Funnily enough, Harrys’s middle name, James, also comes from his own father.

The pureblood families who have kept their line free of muggle “impurities” are known in the British Wizarding community as the “Sacred Twenty Eight.” We learn in Order of the Phoenix that these families are all distantly related. Indeed, Harry, Ron, and Draco are all related to each other through Phineas Nigellus Black.

Many of the locations in Rowling’s Wizarding world are inspired by real-life locations in Britain. The spectacular Malfoy Manor ancestral home is supposedly in the county of Wiltshire. This area is home to a magical and ancient landmark: Stonehenge.

It would be very hard for fans to imagine Felton playing Ron or Harry instead of Draco, but if he had his initial way, he would have. He first read for the roles of Harry and Ron before producers thought to try him as Draco. Of course, hundreds of children were reading for any part they could get, so it’s even more serendipitous that during the chaotic casting process, he actually ended up auditioning right alongside the future Hermione, Emma Watson.

Apparently, Felton had not read a single Harry Potter book when he read for the part. Was he living under a rock?

For a while, there was a fan theory circulating that Draco had been bitten by Fenrir Greyback as punishment from Voldemort, and that he was really a werewolf. The theory notes Draco’s sickly qualities at the end of the series’ run, and his connection to Greyback. Rowling, however, officially nixed the theory on Twitter in 2015.

Tom Felton revealed that the most disturbing piece of fan mail he ever received was an American man who wanted to adopt him. The fan sent over a full binder of adoption papers to be signed, and wanted him to change his name to Draco and divorce himself from his parents so the actor could come live with him.

Draco’s family is powerful, rich, and influential in the wizarding community—and its members have had a lot of time to cement their position. The Malfoys have been in England since 1066, the time of William the Conquerer.

The Malfoys, although they show them such disgust, actually used to have ties to the Muggle world, in particular wealthy Muggles. Before the Statute of Secrecy, they would interact with Muggles when it benefitted them, and often collected Muggle artwork.

At one point in history, one of the Malfoys tortured his Muggle tenants so harshly that their injuries looked like the Black Death.

After the huge success of the films gave him a dedicated fanbase, Felton embarked on a new adventure: documentary filmmaking. In fact, his documentary, Superfans!, was about Harry Potter fans, and was released in 2015 for the BBC. The film looks at the lives of people who wait to meet him at conventions and the like, and explores their love of all things Potter. It can be viewed for free on YouTube.

At the end of the film The Deathly Hallows Part 2, Voldemort gives Draco a nice, awkward hug when Draco crosses over to the side of the Death Eaters. Turns out, although they did about 25 takes of the scene, this take with the hug wasn’t in the script, and was really just something Ralph Fiennes (Voldemort) did as a one-off, but it somehow ended up making the final cut. Felton admits he found the hug “weird” at the time, and has a hard time believing it made it into the film.

Although Harry and Draco never got along, in Cursed Child we see that their sons, Albus and Scorpius, are actually close friends, and this forces the two old enemies to work together for once.

Draco Malfoy almost had “Spungen” as a last name. Rowling always puts an immense amount of work into naming her characters, and revealed that she was also considering the last names “Smart,” and “Spinks” in addition to “Spungen” for Draco in early drafts of the book. Bonus fact: “Malfoy” translates from the Old French for “bad faith.”

“Draco,” for its part, comes from “a constellation—the dragon,” according to Rowling.

J.K. Rowling has stated multiple times that she blames Tom Felton for making Draco a heartthrob for young girls. She notes the appeal of Tom Felton, and even took jokingly to Twitter to accuse him of making Draco attractive to impressionable minds. 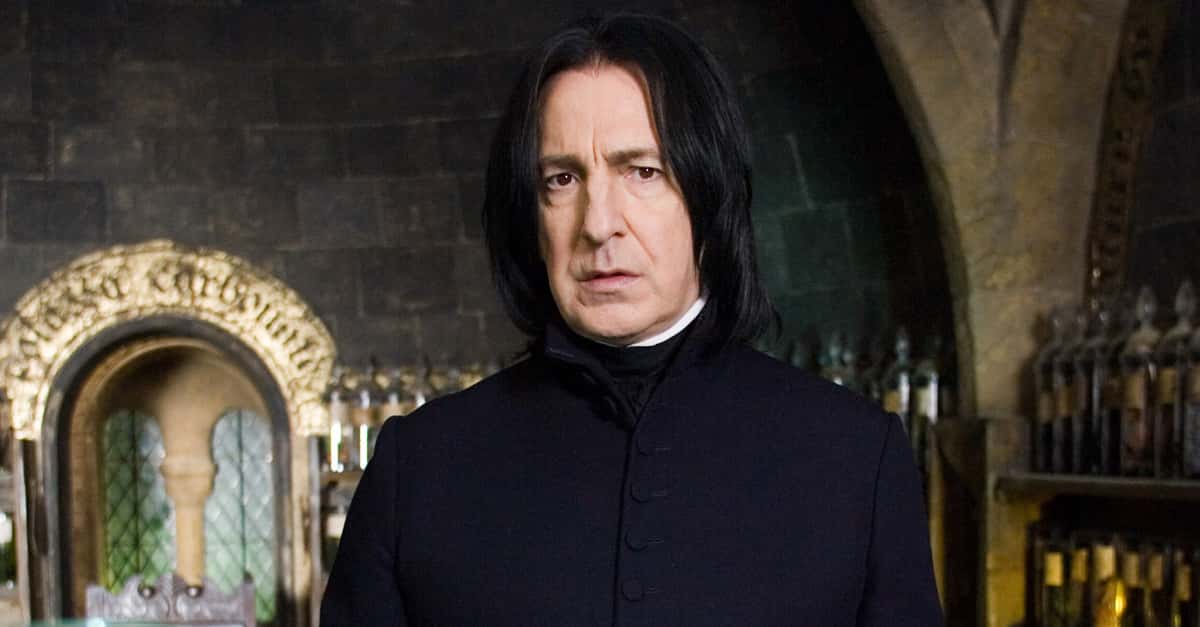