Mrs. Doubtfire was the quintessential 90s-kid movie memory and still holds up as a classic to this day. Between the hilarious run-by-fruiting scene and Robin Williams’ non-stop silly antics playing an old woman, there’s no shortage of comedy in this heartfelt film. Here are 24 facts you might not know about Mrs. Doubtfire.

One of the most memorable scenes in the movie is when Mrs. Doubtfire frantically smashes her face in a cake to disguise herself. The icing drips into Mrs. Sellner’s tea and she says, “There you go, you’ve got your cream and your sugar now.” This hilarious detail was actually completely unintentional. Because it was so hot on set, the icing dripped from Robin Williams’ chin and he just improvised from there.

Extra, extra! The newspaper headline that Daniel Hillard used to pick his new identity was used in an episode of Charmed.

Mrs. Doubtfire almost blows her cover by trying to convince Stu she hails from England. He tells her he’s from London but in real life, Pierce Brosnan is actually Irish.

Originally in line to play the youngest child, Natalie, was none other than actress Blake Lively—who apparently bombed her audition. According to Lively, she had just seen a Robin Williams movie the night before her audition and so in an attempt to ease her nerves her mother told her that she would be reading with Robin’s twin brother, not Robin. When she met him, the producers referred to him as Robin and the jig was up. It was down to two potential options and ultimately Mara Wilson got the part.

The scriptwriter who split Daniel and Miranda up at the end of the movie was fired because the studio thought the couple should have stayed together. Another writer was brought on board to pen the reunion, but in the end the Hillards’ parting of ways sadly made the most sense. The first scriptwriter was rehired and they went with the original plan after all.

Those argument scenes between Miranda and Daniel may have hit a little too close to home. At the time of filming, Sally Field was actually going through a divorce herself with producer Alan Greisman. Nothing like a leading role in a movie to help you cope with a bitter breakup!

Similar to Field’s real life experience, Williams later went through a divorce as well. While he played a nanny in the movie, he ended up leaving his wife for the nanny.

Mrs. Doubtfire marked Mara Wilson’s acting debut at the tender age of 6. The child actress went on to play several other roles including the leading role in Matilda before going on a 12 year acting hiatus.

The part where Daniel puts chopsticks behind his ears during a serious moment to make Natalie laugh was actually a reference to a cut scene. In her tribute to Robin Williams after his passing, Mara Wilson reminisces over the scene and says that Williams was supposed to go into a song but instead went off script and did his own thing to make the kids laugh.

The movie was made with a budget of $25 million, but made some serious coin at the box office. It raked in nearly $440 million.

The home address you hear Miranda Hillard give Mrs. Doubtfire on the phone is the real address of the house used to film the movie: 2640 Steiner St.

Women aren’t kidding when they say that beauty is pain, and Mrs. Doubtfire got the whole package from head to toe. To achieve the full nanny-in-drag look, Williams spent 4 ½ hours in the makeup chair every day while filming the movie. Yikes.

Lisa Jakub, who played eldest sibling Lydia, was kicked out of her Toronto school for taking a five months off to film the movie. You would think that shooting a big time Hollywood blockbuster would be a good enough excuse to get out of 12th grade Calculus for a bit, but apparently the school staff wasn’t quite as impressed. However, Robin Williams sent a personal letter to the school asking them to reconsider Lisa’s expulsion. They didn’t budge, but they framed the letter.

The roles of Daniel Hillard and Stu Dunmeyer were initially offered to actor Tim Allen, but he turned them down. It was probably for the best anyway—the following year Allen played Santa in The Santa Clause. Dressing up as an old man and an old woman back to back might have raised a few questions!

One of the most famously hilarious scenes in the movie is when Mrs. Doubtfire’s dentures fall into her wineglass and she has to fish them out. She utters the phrase, “Carpe Dentum…seize the teeth.” This was a reference to Robin Williams’ line in Dead Poets Society in which he says, “Carpe Diem…seize the day” to his students. Williams was known for quoting lines from his other movies throughout filming.

Books turned to movies is a common Hollywood theme, and interestingly enough, Mrs. Doubtfire was no exception. Based on a British novel by Anne Fine, the concept of Mrs. Doubtfire was allegedly inspired by a jewelry shop owner the author knew who went by “Madame Doubtfire.”

An endearing scene is the one where Sally Field sips her cappuccino and gets milk foam on her upper lip, then gets embarrassed in front of Stu. It turns out that was a real moment—the producers loved it so much that they decided to keep it.

After the passing of Robin Williams, fans visited the San Francisco home where Mrs. Doubtfire was filmed and left flowers on the front stoop.

Apparently, it was quite easy to walk around unrecognized while dressed in a wig, pantyhose, and a skirt. Robin Williams’ own son did not recognize him in his Doubtfire drag until he started speaking.

Robin Williams was said to be a clown both on and off stage, and masterful with quick wit. That meant that making movies with him was always a circus. Multiple ratings of the film were included in the edits because of Williams’ tendency to improvise. Director Chris Columbus said that Williams went off script so much that there were PG, PG-13, R, and NC-17 edits, though it was released as PG-13. An R-rated Mrs. Doubtfire would certainly make for a very different movie

The scene where Daniel knocks down the prosthetic mask and it goes flying out into the street required over 50 takes.

The character of Mrs. Doubtfire in the movie was influenced by Robin Williams’ real childhood nanny, “Lolly.” This started an official nanny-hunt with British tabloids on the search for her. They found her in a small town Michigan nursing home, with reporters and photographers tripping all over themselves to score an interview. Lolly wasn’t a huge fan of all the attention, but the local newspaper ran a story of Lolly with the headline “The Real Mrs. Doubtfire.” 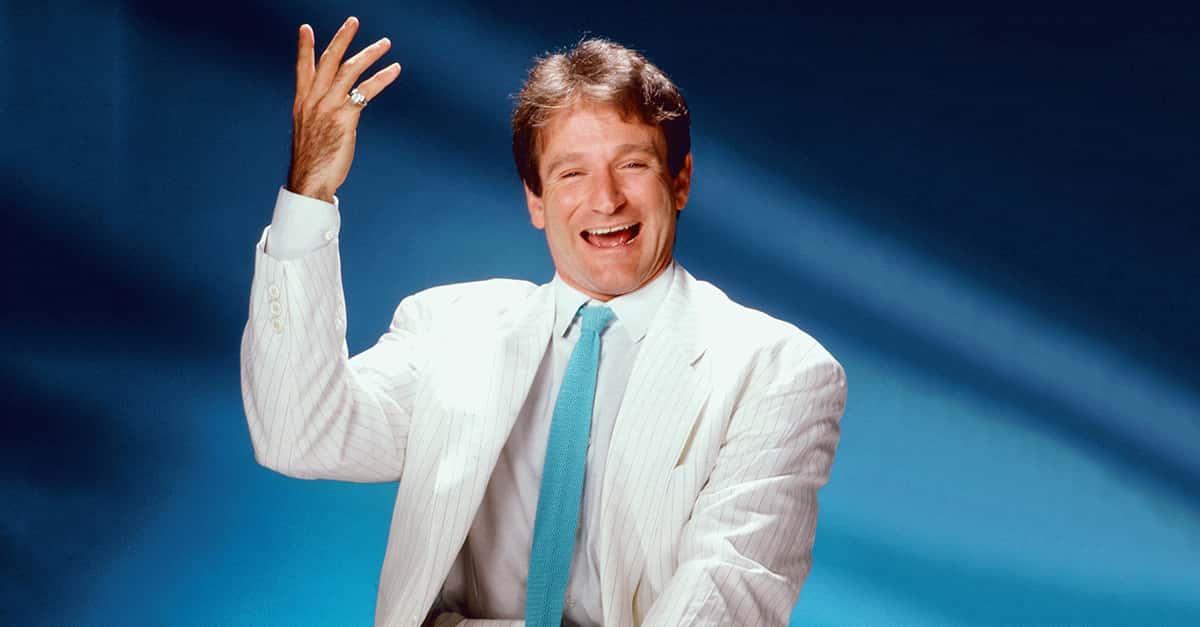