Mysterious Facts About The Forbidden City

Mysterious Facts About The Forbidden City

China had this massive structure of 980 buildings that spans over 180 acres constructed in just 14 years! They built it during the 15th century, from the years 1406–1420.  It’s a perfect example of Chinese palace architecture and was a massively influential piece of architecture in Eastern Asia. It became a world heritage site in 1987.

The Forbidden City is the largest collection of preserved ancient wooden structures in the whole world.

In Chinese, a more literal translation of its name is: “Purple Forbidden City.” Where does the purple come from? Purple actually refers to the North Star. According to Chinese mythology, the North Star was the home of the Celestial Emperor. The “forbidden” comes from the fact that no one could come and go without the Emperor’s permission.

It took over one million workers to build the Forbidden City.

5. Home of a Dynasty

The Forbidden City stopped being the heart of Chinese politics in 1912, when the last Emperor of China, Puyi, gave up his throne.

The palace became a museum in 1925 and still serves that purpose to this day, despite the fact that the museum had to survive some hardships. The Japanese invasion during WWII forced the Chinese to evacuate the palace collection in an attempt to protect it. At the end of WWII, they were able to return many of the artifacts and exhibits to the palace museum at the end of the war.

American businesses have popped up in the Forbidden City, which didn’t really thrill the Chinese. Starbucks opened a location on the grounds in 2000, which sparked controversy—enough that they ended up closing it in 2007.

Donald Trump was the first United States President to have a state dinner in the Forbidden City since the founding of the People’s Republic of China in 1949.

The Forbidden City stretches from 3,153 feet north to south, and 2,470 feet from east to west, making one large rectangle. This historic landmark takes up a lot of space.

The Imperials who built this place wanted to keep really safe. They built a 26-foot high wall, which has a 20-foot deep moat.

Just outside the City, there is the Imperial Ancestral Temple and the Imperial Shrine of State. This is where the Emperor would go to pay his respects to his ancestors and also the spirit of China itself.

There are three Imperial Gardens that surround the Forbidden City. To the north is Jingshan Park.  When they built the giant moat, they used the dirt they displaced to make the hill for this park. Over to the west is Zhongnanhai, and Beihai Park, which both have lakes. Zhongnanhai is now the headquarters for the Communist Party of China.

Color is very important in the Forbidden City. Because yellow is the color of the Emperor, almost every roof in the palace has yellow glazed tiles, with the exception of the library and the rooms of the Crown Prince. The library’s roof is black, because the Chinese associate black with water, and the belief was it would help to prevent fire. They covered the Prince’s rooms in green tiles, as green is associated with growth.

The collections in the palace museum are mostly from the Qing dynasty. According to a quick inventory of the palace collection in 1925, there were 1.7 million pieces of art stored there. There’s also a massive collection of rare books and documents, including Imperial documents. Nice little slice of history.

In 2016 the Palace Museum did another inventory check and found a whopping 55,132 pieces in the collection that it didn’t know it had. The count of pieces in the museum collection today is 1,862,690, and I guess there’s always a chance for that number to go up.

There are over 50,000 paintings in the Palace Museum, and some 400 of them date before 1271 CE. But unlike some of the other collections in the museum, a significant portion of the palace paintings were destroyed or lost over the years. The museum has worked hard to replenish this collection. They’ve purchased, collected donations, and taken in transfers from other museums to bolster their painting collection.

There are almost 10,000 pieces of bronze at the Palace Museum. Approximately 1,600 of those pieces date back to 221 BCE.  This bronze collection has been a long time in the making.

The Palace Museum holds one of the largest collections of clocks, watches, and other timepieces from the 18th and 19th centuries in the whole world.

There was also Forbidden City Cop, a martial arts comedy from 1996, and Marco Polo from the 80s, about the famous explorer.

Puccini’s classic opera Turandot, the story of a Chinese princess who refuses to wed unless her suitor can answer three riddles, was performed at the Imperial Shrine for the very first time in 1998.

The palace has collected around 30,000 pieces of jade. Some of the oldest pieces in that collection are from the Neolithic period. Not all of these pieces were just in the palace originally, some of them have been gifted to the Emperor, and others were dug up in archeological digs.

There were once rows of animal statues in the halls that were only for official use. The animals include dragons, phoenixes, and lions. The more animals, the more important the building. The only places you can see all nine animals are the Hall of Supreme Harmony and the Palace of Earthly Tranquility, which was where the Empress lived.

The lion is the king of animals, and the Chinese regard them as a symbol of strength. There are many lions made of bronze and stone sitting around the palace acting as guardians. The lions always come in a pair, a female and a male lion. 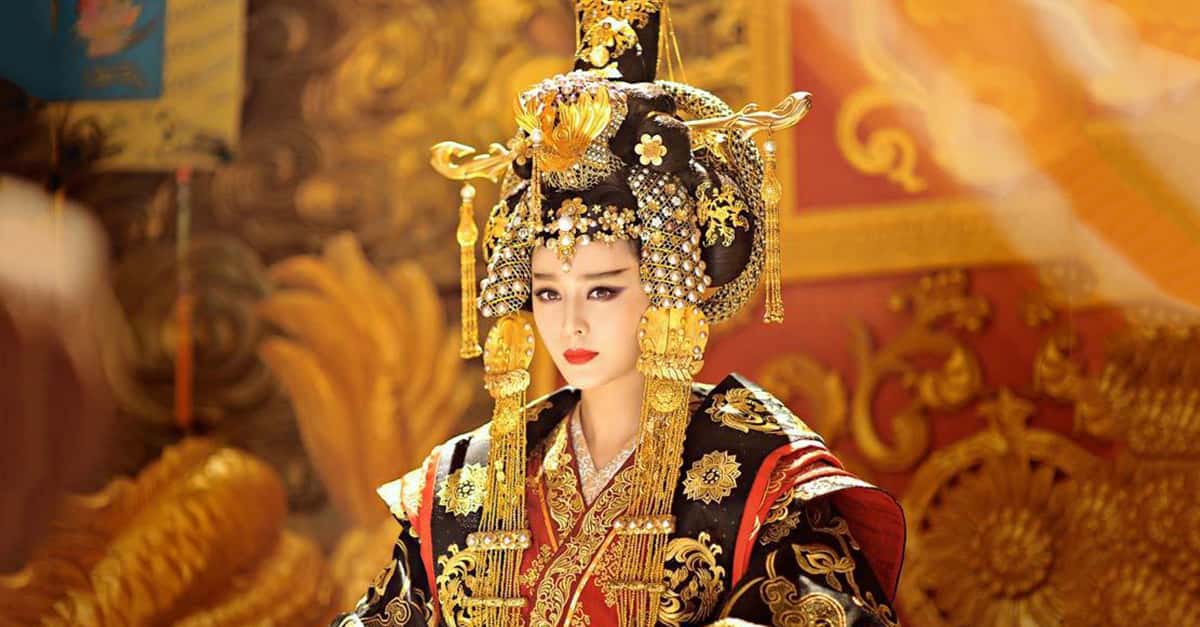