“Wake from death and return to life.” —Japanese Proverb

We know Japan is a country made up of thousands of islands, and that it is rich in tradition and abundant in proverbs, but have you ever wondered the origins of this ancient land? Read on to discover what ancient Japan had to offer then, and what still stands today.

Researchers say that in the year 1250, the city Kamakura had a population of approximately 200,000, making it the fourth-largest city at the time. Today its population is 174,000.

In 1860, 76 Samurai were sent to New York City as diplomats. The youngest, Tateishi Onojiro, was nicknamed Tommy by the Americans, and become somewhat of a sensation. He even had a song, “Tommy Polka,” written about him.

23. Everyone Gets a Castle

At one point in time, Japan was home to roughly 5,000 castles, though only a handful still stand today.

The Japanese created Gesaku sometime after 1765, which many consider early comic books. The Gesaku were woodblock colour printings, and often portrayed the political controversies of the time.

In the 1600s, the Japanese were producing Karakuri, or mechanical puppets. They were able to perform simple dances and acts from plays. By the nineteenth century, the Karakuri were able to serve tea and shoot arrows.

Japan has had sushi since the second century AD. It was used as a way to preserve fish in China, and soon Japan followed suit. Sushi is the consumption of rice that is seasoned with vinegar, sugar, and salt, whereas sashimi is raw fish that is sliced and served alone without rice.

White teeth were not seen as a thing of beauty in Japan. Women would blacken their teeth with dye in a practice called ohaguro. This practice continued far into the late 1800s.

18. Let Them Entertain You

Sumo wrestling has been around for about 1,500 years in Japan, flourishing as a spectator sport in the 1600s. It is a sport rich in tradition and rules and was originally performed as a way to entertain the gods. The fighters can weigh 300lbs or more, and younger wrestlers must bathe the older veterans.

Widely regarded as the world’s first novel, The Tale of Genji was written in the early 11th century by Japanese noblewoman Murasaki Shikibu. In its English translation, it is more than 1,000 pages long and has 54 chapters. Well-bred women of the time were enthralled by it, as most Japanese literature up until that point was just collections of poetry written in a borrowed Chinese script.

Gagaku and bugaku are the oldest continuous music and dance traditions in the world and are still performed by members of the Imperial Court Orchestra. Introduced by China and Korea primarily during the seventh century, the musicians and designers wore incredible costumes and usually performed outside against beautiful settings.

Going back to the fourteenth century, Japanese Noh drama is the oldest surviving theatrical form worldwide. The movement is slow and language is poetic. The pieces often center around ghosts and spirits. All performers are male, and wear masks to indicate what kind of character they are portraying, whether it be women, men, demons, or spirits.

The first Japanese emperor ruled around the same time Christ that lived. Jimmu Tennō began a long, unbroken lineage lasting 2,000 years; there is no other royal family in history that has ruled as long.

13. Back to the Beginning

The Jōmon, the ancestors of Japan’s aboriginal inhabitants, were believed to have been around in 13,000 BC. The people at this time fed themselves through hunting and gathering, and lived in simple surface dwellings.

Mahayana Buddhism was introduced to the Japanese from Korea as early as 538.

Writing was introduced to Japan in the mid-fifth century by scholars from the Korean kingdom of Paekche. They used Chinese symbols to express the Japanese spoken language.

For over 1,200 years beginning in the seventh century, it was illegal to eat certain meat (particularly mammals) in Japan. This law lasted off and on during this time period.

The Samurai were the highest ranking social caste in the Edo Period (1603-1868). After this time, many became teachers, administrators, and moral guides. Though they used a variety of weapons, including bows and arrows, guns and spears, they are more commonly known for their use of the sword.

8. Say Yes to the Kimono

The kimono became a popular choice of attire during the Heian Period (794-1185). Many years later, in the seventeenth and eighteenth centuries, kimonos were works of art and would sometimes cost more than a family home. Although they aren’t the go-to choice now, they still may be worn during special occasions like weddings, funerals, and tea ceremonies.

7. Off With Their Heads

The Japanese invaded Korea twice between 1592 and 1598. The invasions were brutal, and Japanese soldiers often took the heads of their kills as trophies. They realized the difficulties of transporting so many heads, and instead would take noses and ears back home.

The first Japanese man to be baptized a Christian was a 35-year-old Samurai in 1546. Anjiro had been on the run for killing a man during a fight. He came across some Portuguese while in hiding, and they took pity on him. He was eventually baptized as Paulo de Santa Fe.

Japanese leader and warlord, Toyotomi Hideyoshi, issued an edict in 1587 effectively banning slavery of the Japanese, though the sale of Japanese slaves continued for some time after. Nonetheless, Hideyoshi would enslave Koreans during his invasions in the country in the 1590s.

4. A Language of Their Own

The ninth century saw the emergence of a more defined Japanese culture, with their own written language coming to the forefront. Up until this time, they had been using Chinese symbols in their writings.

There was a devastating smallpox outbreak in Japan between 735 and 737. Moreover, between 698 and 800, there were at least 36 years of plague.

It was considered dishonorable in medieval Japan if a Samurai’s sword couldn’t cut through a body in one sweep. Although the warriors would practice on corpses and criminals, the practice of tsujigiri, or “crossroads killing,” crept into practice, where samurai would actually attacked random commoners at night while walking on crossroads. This practice was quite rare, but still common enough that the authorities felt the need to ban it in 1602.

The last time Mount Fuji erupted was in 1707. Although it did not spew lava, ash and rocks buried nearby fields and crushed homes. Residents had to use candles in the middle of the day because of how dark it had become. The eruption was possibly caused by a magnitude 8.6 earthquake from 49 days earlier, which also caused a tsunami and killed more than 5,000 people. 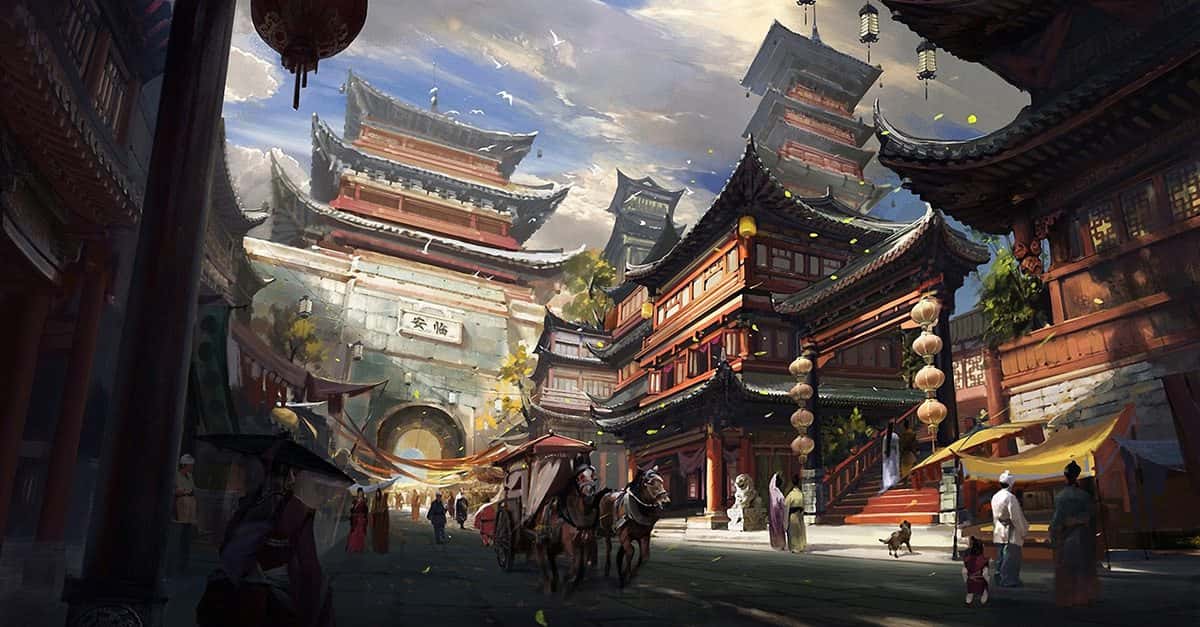