Chrissy Teigen is an American-born model and author. Her career first took off when she debuted in the annual Sports Illustrated Swimsuit Issue in 2010 and, alongside Nina Agdal and Lily Aldridge, appeared on the cover in 2014. From there she’s gone on to author cookbooks and co-host Lip Sync Battle with LL Cool J—and that’s not to mention her strong social media presence, where her epic clapbacks and relatable mommy moments have garnered her legions of new fans. Here are 25 sassy facts about Chrissy Teigen.

Chrissy Teigen and her husband John Legend had two bulldogs, Pippa and Puddy. Puddy passed away in early 2018. She said that her dog had been with her through everything, and that her family misses him dearly.

2. Falling in Love on Set

Chrissy Teigen met her Grammy award-winning husband John Legend on the set of his music video for the song “Stereo” all the way back in 2007. By 2013 they were married. Together they have two children, Luna and Miles.

3. Fish out of Water

Chrissy Teigen doesn’t swim and she hates the water. She thinks it’s stupid and sand makes her feel dirty. However, after the birth of her daughter Luna, she vowed that she would learn how to swim.

4. Hot in the Kitchen

An author of two cookbooks, Teigen first published Cravings: Recipes for All the Food You Want to Eat, in 2016. It became a New York Times bestseller and the second-best-selling cookbook of the year, according to Publishers Weekly. In late 2018, Teigen released her second book, titled Cravings: Hungry For More, also known as Cravings 2.

Both were big hits amongst her fans and food lovers.

To the world, she’s Chrissy Teigen. To her closest friends, she’s Terry – the terrycloth towel-wearing lady. She says robes aren’t her thing and if she’s not in normal clothes, she’s in a towel. “Jean shorts, a slouchy shirt and chunky boots. Or a towel. All my friends call me Terry because I’m always in a terrycloth towel. If I’m not out, I’m in a towel. I can’t do robes,” Teigen says.

During her time on the show FABLife, there were rumors that Chrissy Teigen and famous supermodel Tyra Banks were in a feud, and that’s why she left the show. The two models addressed the controversy, saying it was all made up. Teigen tweeted, “I dunno if you guys know how bosses work,” she wrote, “but if Tyra and I were fighting as hard as you’re saying, I would be the one off the show.”

It sounds like the two are cat-walking and not cat-fighting.

Teigen’s claim to fame started in an unlikely spot. Her family moved around a lot, and when they finally settled in California, she worked at a surf shop. She was quickly discovered by a photographer and her modeling career started there.

Teigen is a model, an actress, a cook, and a host. In 2015, Teigen became one of the main faces of the Lip Sync Battle, next to famous rapper LL Cool J. Naturally comedic, she can be seen dancing and singing along to the show’s featured lip-syncers and giving hilarious commentary throughout.

Chrissy Teigen’s dad is of Norwegian descent, and her mother is Thai, giving her that striking look she’s become known for.

10. Back Where it All Started

Chrissy Teigen and her husband John Legend found love on the set of one of his music videos, and they later reunited in front of the camera in 2013. His song “All of Me” was inspired by their relationship. She appeared alongside him once again in the video for that song.

During one of her modeling stints, Teigen appeared on the show Deal or No Deal for eight episodes. She held briefcase number 12.

Teigen was once invited to throw the first pitch at a Dodgers game. She made it over the plate, beating out many celeb guests that have attempted the same throw.

Chrissy Teigen is body-positive, but also not shy about the work she’s had done. She’s very open about the fact that she’s had the fat sucked out of her armpits, her teeth done, and various other procedures. Teigen is the person to post pictures of her stretch marks on Instagram, and admit to using hair extensions to get her light highlighted look.

A lot of her is fake, but she’s real about it.

Chrissy doesn’t endorse things like “Flat Tummy Tea” on Instagram because she says her followers are smart and would call her out. In true Chrissy fashion, she said, “Everyone knows I’m not […] drinking Flat Tummy Tea. I get why people do it, but my followers would go crazy on me.”

Worried that people wouldn’t take her seriously as a writer, the model wanted to name her first cookbook “The Insecure Chef.” Teigen said she’s been interested and passionate about food and cooking at a young age, but modeling came first. She’s been happy to share her love of food with the world.

16. Walks the Walk, Talks the Talk

She’s beautiful, talented, and incredibly vocal both online and in person. Whenever the time comes, the model has zero problems in standing up for herself. On the Grammy red carpet in 2015, Teigen put an aggressive paparazzi in their place by yelling expletives at them, yet continued to strike her pose in front of the camera like the true professional she is.

How does she keep that model physique? Teigen says she’s not much of a workout person. She works out hard for about a week before a photo shoot, but mostly focuses on a balanced diet. If only we all had her genes.

Teigen and Legend have revealed that they are members of the Mile High Club. They apparently hooked up in not one, but two plane trips overseas. “We were on our way to Thailand to see my parents, flying commercial first-class. We were under a blanket.” Teigen said. “We weren’t even in one of those pod things. I feel like we should get a trophy for that.” Us too, Chrissy.

She’s not shy in front of the camera, which makes even her less-than-photo-ready moments extra memorable. Teigen was the source of an online meme that circulated in 2015. When her husband John Legend took the stage to accept his Golden Globe award for Best Original Song, the Golden Globes cameras cut to a tearful Teigen, and the Internet wasted no time making her awkward moment go viral.

Chrissy Teigen recently revealed that everyone has been pronouncing her last name wrong. Shocking everyone with a Twitter video, she says it’s actually pronounced “tie-gen,” not “tee-gen.” She can be seen confirming this with her mom in the video.

Chrissy Teigen is very vocal on social media, and has no fear in standing up for her political beliefs. She famously trolled Donald Trump on Twitter to the point that he blocked her after tweeted at him, “Lolllllll no one likes you.” Legislation was later implemented that the President couldn’t block people on Twitter, and he was forced to unblock Teigen.

Teigen said that John Legend tried to break up with her while he was on tour once, and she simply said no. The breakup lasted for about a day. They joke about it to this day, and he says it was a big mistake.

Teigen has been very open about her struggles with fertility. She said she and her husband were trying to have a baby for 10 years before they decided to turn to in vitro fertilization.

When asked on the red carpet what was the wildest place they’d ever gotten frisky, Chrissy Teigen shocked reporters and her husband John Legend when she admitted “probably the Obama thing” and walked away. The couple later revealed the details behind the spicy answer, clarifying that it was not at the White House, that it was before Obama was president, and that it was in a bathroom at an event.

Way to give the last POTUS a scare, guys. 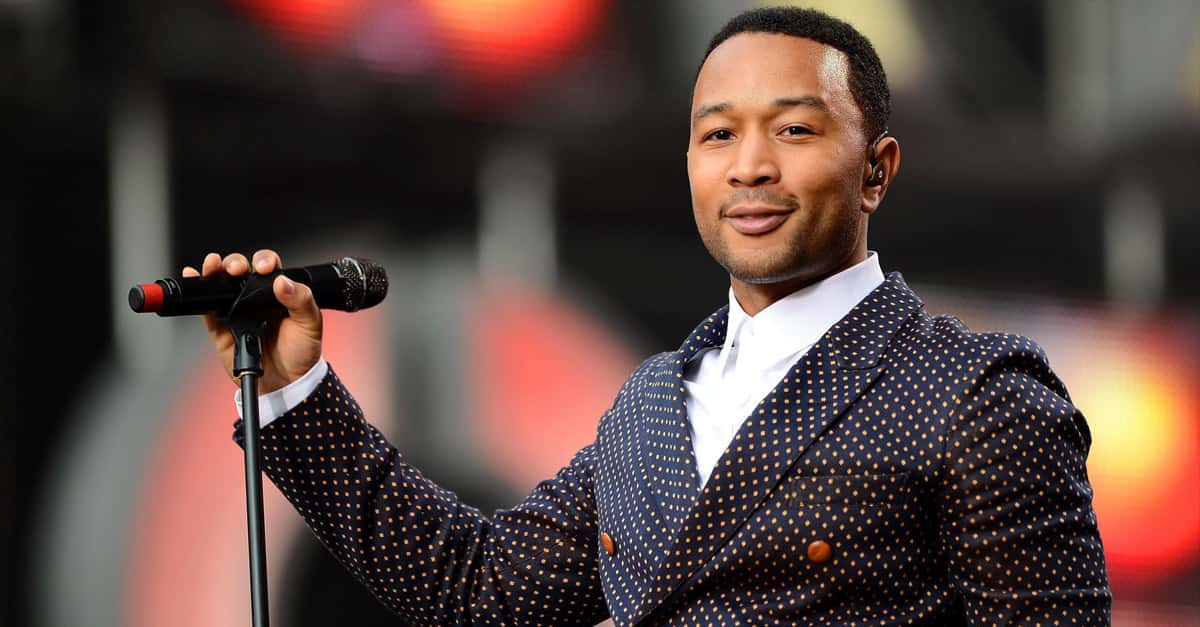 Celeste Decaire is a writer at Factinate.