“Acting is not about being someone different. It’s finding the similarity in what is apparently different, then finding myself in there.”

She’s beloved for a reason: Meryl Streep is outspoken, thoughtful, talented and fearless. She does it all: drama, comedy, romance, and everything in between. Here are 42 facts about the movie legend.

Meryl Streep’s full name is Mary Louise Streep; Meryl is her nickname, and is a combination of her first and middle names. Good thing too, because Mary Streep just doesn’t have the same ring to it.

Streep was born on June 22, 1949 in Summit, New Jersey to Mary Wolf Wilkinson, an artist and editor, and Harry William Streep, a pharmaceutical executive.

41. A First For Everything

Streep’s first film role was opposite Jane Fonda in 1977’s Julia, an Oscar-winning film about two friends. Streep had a small role in a flashback sequence. Everybody’s gotta start somewhere!

Robert de Niro saw Streep in a stage production of Anton Chekov’s The Cherry Orchard and suggested she play a supporting role in The Deer Hunter (1978). Streep ended up snagging an Academy Award nomination—her first of many—for the role. Maybe more satisfying? De Niro had always been an inspiration to Streep; his performance in Taxi Driver led Streep to say, “that’s the kind of actor I want to be when I grow up.”

Streep’s work in the 1979 film Kramer vs. Kramer brought her her first Academy Award win, for Best Supporting Actress. She would win her first Best Actress Oscar for the film Sophie’s Choice in 1983.

Streep accidentally left her Kramer vs. Kramer Oscar in the washroom during the Governor’s Ball held after the ceremony. Not quite the same as forgetting an umbrella.

Despite her reputation for serious, and uh, sometimes depressing, Oscar bait, Streep has also starred in her fair share of comedies, including Carrie Fisher’s Postcards from the Edge in 1990 and Death Becomes Her in 1992.

Streep has been nominated for more Academy Awards than any other actor—she’s received the nod a whopping 21 times, with more sure to come.

Streep has won the little golden statue three times: for the two aforementioned films, Kramer vs. Kramer and Sophie’s Choice, as well as for her portrayal of Margaret Thatcher in The Iron Lady. She’s one of only six actors to win at least three times, and shares this honor with Katharine Hepburn, Daniel Day-Lewis, Jack Nicholson, Ingrid Bergman, and Walter Brennan. Not bad company.

As if Oscars weren’t enough acclaim, early in her career Streep received a letter from screen legend Bette Davis, in which Davis proclaimed Streep as her successor in film.

Streep took formal operatic singing lessons from the age of 12, and shows off her talent in 2012’s Into the Woods.

Streep’s net worth is estimated at a cool $90 million. Not to shabby, Meryl.

She puts the money to good use: after her portrayal of Thatcher, Britain’s first female Prime Minister, in The Iron Lady, Streep donated her entire salary to the National Women’s History Museum.

Streep once thought about becoming a lawyer, but after she slept through an exam she took it as a sign to pursue other dreams. Mom and Dad probably weren’t happy at the time, but it sure paid off.

Streep was considered for the role of the iconic Ellen Ripley in Alien, which eventually went to her friend and classmate Sigourney Weaver.

Streep’s daughters Mamie and Grace Gummer are also pursuing acting careers: Mamie had a recurring role on The Good Wife, and Grace on American Horror Story.

26. Did You Ever Know That You’re My Hero

Streep is basically every movie-goer’s hero, but she’s also pretty much officially a hero too: she was awarded the Presidential Medal of Freedom, the  highest civilian honor in the United States, by President Barack Obama in 2014. Because Streep is better than me, she didn’t just take this as a sign to rest on her laurels forever.

Streep was a cheerleader in high school. Who wouldn’t want Meryl on their side?

She was also Homecoming Queen. Come on! Nobody is this perfect!

In her career, Streep has only been turned down for a role she has auditioned for four times.

One of the those rejections was for Dino De Laurentiis’s King Kong. De Laurentiis was a producer, and, when Streep auditioned for apart, he turned to his son and said, in Italian, “Why do you bring me this ugly thing?” Streep responded in fluent Italian, “I’m very sorry that I’m not as beautiful as I should be but, you know—this is it. This is what you get.” Get ‘em, Streep.

Although Streep won an Oscar for her role in Kramer vs. Kramer playing a woman who, unhappy in her marriage, abandons her husband and child, she wasn’t initially happy with the film’s script. She felt Joanna Kramer was “too evil,” and insisted on revisions that made her a more complex character.

Streep is known for her mastery of accents and languages. Her Polish in Sophie’s Choice fooled even native speakers, and she perfected her English accent for 1981’s The French Lieutenant’s Woman.

There’s only one way to know you’ve hit the big time: You get a Muppet in your name. Yes, that’s right, there’s a Muppet called “Meryl Sheep.” Move over, Elmo.

Despite the fact that Streep is often placed alongside film greats like Katharine Hepburn, Hepburn herself wasn’t a fan of Streep. She called Streep her “least favorite modern actress” and said she could feel the gears turning in Streep’s head, going “Click, Click, Click.”

Streep kept the iconic sunglasses Miranda Priestly wears in The Devil Wears Prada; the shades even make an appearance in Mamma Mia!

Another example of Streep’s work tweaking scripts? She added two scenes—the blue sweater scene and showing Miranda Priestly in her hotel room—to The Devil Wears Prada, both of which helped highlight the full humanity of Streep’s character.

Streep comes from pretty good stock: one of her ancestors is William Penn, i.e. the guy who founded his own whole state, Pennsylvania.

One of Streep’s drama professors, by his own admittance, didn’t help her that much. The professor once said, “I don’t think anyone ever taught Meryl acting. She really taught herself.”

Streep has a deviated septum—basically, her nose is crooked. Although this a common reason for nose jobs, Streep has refused to fix it.

Streep’s 1995 film with Clint Eastwood, The Bridges of Madison County, remains one of her most popular films. When Roger Ebert reviewed the film, he commented, “[The film] is not about love and not about sex, but about an idea.”

Streep initially turned down the role of editor-in-chief Miranda Priestly in The Devil Wears Prada, as she said the money on offer wasn’t “reflective of my value to the project.” Lean in, girl.

Streep also played with Miranda’s voice. The whole cast was expecting someone intimidating and overbearing, but Streep surprised once more. As Anne Hathaway, who played the lead in the film, related, “[we thought her voice] was a strident, bossy, barking voice. So when Meryl opened her mouth and basically whispered, everybody in the room drew a collective gasp. It was so unexpected and brilliant.”

Streep replaced Madonna in the lead role of Roberta Guaspari for Music of the Heart, which was released in 1999. In order to nail the part, Streep had to practice the violin for six hours a day over eight weeks. Maybe we now know why Madonna dropped out!

5.  Nope, Pretty Much Everybody Loves Meryl

None other than Tennessee Williams wanted Streep for a film version of a Streetcar Named Desire in the 1980s. It never happened, but considering Williams died in 1983, I’m going to go ahead and call that his dying wish.

The longest Streep has gone without an Oscar nomination is five years, and it happened between Postcards from the Edge (1990) and The Bridges of Madison County (1995). I’m just on an Oscar dry spell too. A decades-long Oscar dry spell.

Streep is graceful even when she doesn’t win. When both she and Cher were up for a Best Actress Oscar in 1988 and Cher won, Streep sprang to her feet, applauding all the way. Cher even thanked Streep in her speech; the two had worked together in Cher’s first film, Silkwood. I guess when you have 20 Oscar nominations, you can afford to be gracious.

Streep gained a lot of media attention and acclaim in 2017 for her fiery acceptance speeches at award shows. When she received the Cecil B. DeMille award in 2017 at the Golden Globes, she criticized Donald Trump, saying, “Disrespect invites disrespect. Violence incites violence. When the powerful use their position to bully others, we all lose.” She became a social media sensation.

Woody Allen and Streep have worked together precisely once: on the movie Manhattan. Streep, as in Kramer vs. Kramer, often likes to tweak or add her ideas to scripts, and Allen was very strict about sticking to the existing writing. Word is that Streep wasn’t too happy about this. 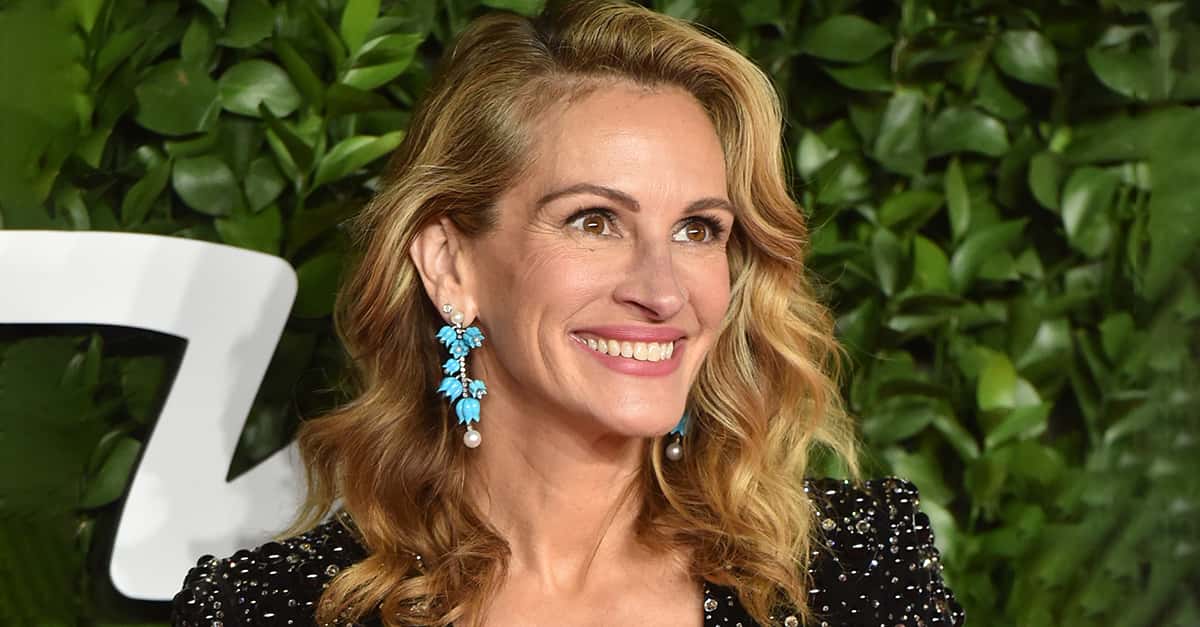