Tina Fey is one of the best female comedians of our generation. More than just a fantastic actress and BFF to Amy Poehler, she’s worked as a writer, producer, and showrunner in the entertainment industry. From her childhood trauma to behind-the-scenes secrets of 30 Rock, check out 41 rocking facts about Tina Fey.

Fey’s first television appearance was in a commercial. Not just any commercial, however: she was in a TV ad for Mutual Savings Bank.

Fey joined Saturday Night Live in 1997. Her first sketch ever (which was a little more illustrious than her first TV appearance ever) featured the late, great Chris Farley playing a giant baby on a Sally Jessy Raphael satire. Talk about a way to make an intro!

Most of us know Fey by her professional stage name, “Tina.” However, Poehler often refers to her as “Betty,” a nickname for Fey’s real first name, Elizabeth.

Sadly, Fey’s father, Donald, passed away in 2015. In his memory, Whisky Tango Foxtrot, which was released in 2016, was dedicated to him.

Fey is a member of the exclusive Five-Timers Club. Members of this club are limited to people that have hosted a minimum of five Saturday Night Live episodes. Fey herself has hosted the show exactly five times.

Tina Fey’s real name is Elizabeth Stamatina Fey. Stamatina is a Greek name, and Fey’s mother is Greek. In fact, her mom was born in Piraeus, Greece (a port city near Athens) to parents Constantine Xenakes and Vasiliki Kourelakos. So, yes, very Greek.

Fey got involved with the arts at a young age. While attending high school in her hometown of Upper Darby, Pennsylvania, she participated in choir, drama club, and she was even an editor for the school’s newspaper. She also wrote a satirical column called The Colonel that was published in the newspaper.

Fey graduated from the University of Virginia with a Bachelor of Arts. While at the top-tier university, she studied acting and playwriting.

Just like us, Fey has had to work “normal” jobs throughout her career. Before she got her big break, she was a receptionist at the YMCA in Evanston, Illinois.

Those who have paid attention to Fey’s acting on screen may have noticed that her characters are often left-handed. Turns out there’s an easy explanation for this: Fey herself is a leftie!

28. The Flintstones vs. The Honeymooners

As a child, Fey watched episodes of the short-lived Canadian sketch comedy show Second City Television. At the time, Canadian actress Catherine O’Hara was on the show. Fey has since stated that O’Hara is her role model.

Fey has described herself as a feminist, which is good because she broke a serious glass ceiling when she became the first ever female head writer of Saturday Night Live in 1999.

Like many famous comedians, Fey was part of the improv theatre troupe at Chicago’s Second City. While there, she served as both a writer and performer.

More than being a launching off point for Fey’s career, The Second City in Chicago is also where she met her husband, Jeff Richmond. At the time, Richmond was working as a director for the Chicago-based improv comedy enterprise.

In addition to Second City, Fey was also a member of Chicago’s ImprovOlympic (now known as iO Theatre). She wasn’t the only star to come out of this improv comedy hotspot. Other celebs include Vince Vaughn, Mike Myers, Poehler, and Farley.

Despite living on different continents, Fey is often confused with Greek singer Nana Mouskouri. Mouskouri also has brown hair and wears black glasses. Plus, they both have Greek origins!

In addition to being a brilliant writer and A-list actor, Fey was also listed as one of the 50 Most Beautiful People in the world by People Magazine.

Fey and Poehler have co-hosted the Golden Globe Awards together three times. The first year they hosted was 2013. After rave reviews, they were asked back as the hosts for two more years, which ended up garnering the highest ratings for the awards ceremony in over a decade.

In Unbreakable Kimmy Schmidt, the character of Jacqueline has a stepdaughter named Xanthippe. This unusual name is Greek, which is a reference to Fey’s Greek ancestry.

Nerd alert! Fey is a self-professed Star Wars fan. She loves the series so much that she often incorporates it into the television shows she stars in (remember Liz Lemon dressing up like Princess Leia in 30 Rock?).

Fey’s husband Jeff Richmond has received some pretty great professional benefits from being married to the queen of comedy. He composed all of the music, and served as a producer and guest director on both 30 Rock and Unbreakable Kimmy Schmidt.

In 2010, Fey was awarded the Mark Twain Prize for American Humor. She is the youngest person to ever win this prize.

Fey’s father has ancestry (he was the son of German immigrants) and due to this link, she is actually semi-fluent in German. Gutentag, Tina!

It might be hard to believe, but Fey is no stranger to rapping. In 2012, Fey rapped as part of Childish Gambino’s (aka Donald Glover’s) mixtape Royalty. In addition, on the set of Mean Girls, Fey and Poehler trained actor Rajiv Surendra for his rap scene at the winter talent show.

Throughout its run, 30 Rock received 112 Emmy nominations in total, making it one of the most successful television series in history in terms of awards.

In addition to her shows racking up numerous awards, Fey herself is multi-time award winner. Some of her highest accolades include nine Emmys, two Golden Globes, five Screen Actors Guild awards, and four Writers Guild of America awards.

Fans of 30 Rock are probably familiar with one of Liz’s most famous phrases, “I want to go to there.” What you may not know, however, is that the iconic line was actually said first by Fey’s eldest daughter, Alice.

In Date Night, Fey’s character Claire Foster is seen getting ready for bed. In this scene, she is wearing a University of Virginia t-shirt. This was no coincidence; Fey was purposefully repping her alma mater.

While filming Mean Girls, a movie written and produced by Fey, Fey admitted that she was partial to Jonathan Bennett (who went on to play Aaron Samuels) during casting because he looked like her fellow comedian Jimmy Fallon.

It turns out “Four for you, Glen Coco. You go, Glen Coco” was more than just a funny line in Mean Girls. Although there’s no on-screen Glen Coco in the film, Glen Coco is actually a real person, and actually someone who is a close friend of Fey.

You never forget your high school teachers! Fey attended Upper Darby High School and, while there, had a German teacher named Mrs. Norbury. It was this teacher who inspired the name of Fey’s character in Mean Girls.

4. Too Gay to Function

In Bossypants, Fey revealed that the Mean Girls character of Damian was named after writer Damian Holbrook. Holbrook and Fey have been friends ever since attending a theatre workshop together in Pennsylvania (they’re both from the same town).

It’s pretty clear to 30 Rock viewers that Liz Lemon and Jack Donaghy’s relationship goes beyond the professional. According to Fey, this onscreen relationship was meant to mirror Fey’s real-life friendship with Lorne Michaels, the executive producer of 30 Rock and creator of Saturday Night Live.

Until 2009, fans weren’t sure what had caused the scar seen on the left side of Fey’s face. In an interview with Vanity Fair and later in her memoir, Bossypants, she admitted that a stranger “slashed” her in the face when she was in kindergarten, right behind her house. Terrifying.

In an interview, Fey stated that she was 24 years old the first time she had sex. Who was the lucky man? None other than her now-husband. Richmond is the only man she has ever slept with. 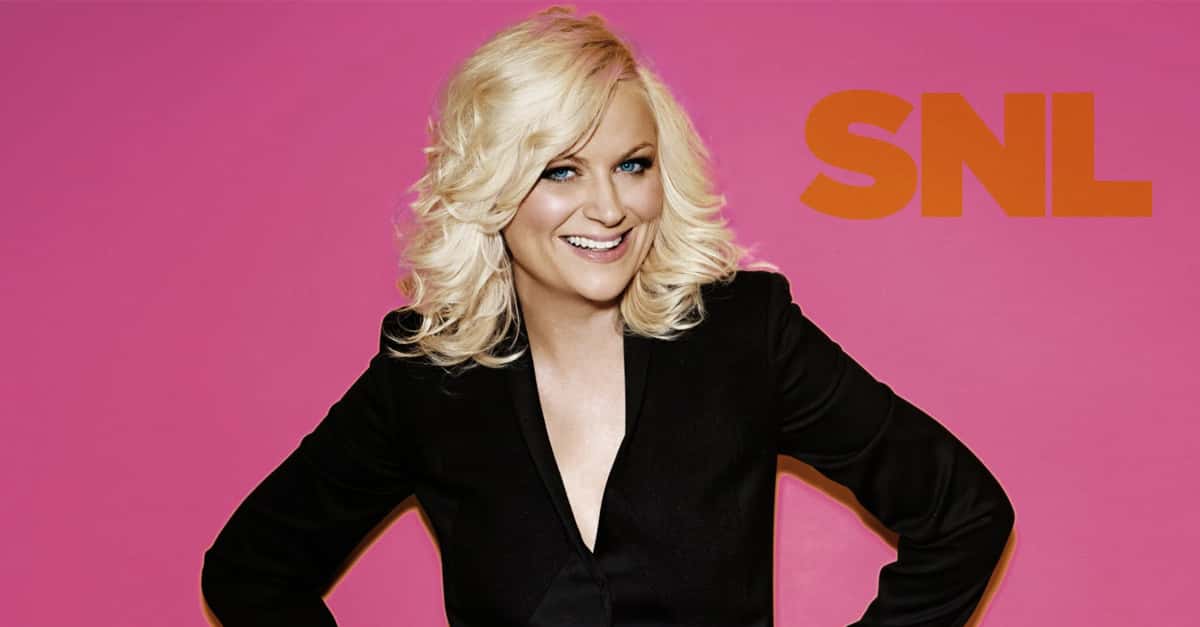