When Blake Shelton was recently named People magazine’s “Sexiest Man Alive,” the Internet lost. Its. Mind. In honor of the People’s sometimes popular, sometimes controversial (depending on who you ask) decision, here’s a list of 26 facts on the American singer with a pretty nice face and a whole lotta heart.

Let’s start with the obvious: on November 27, 2017, People magazine named Blake Shelton as their Sexiest Man Alive. That’s right, Blake Shelton joined the ranks of 25 white men, plus Denzel Washington and the Rock, as the holder of the now-iconic title.

Shelton drew one of his own tattoos: a depiction of deer tracks to represent his love of hunting. People, however, often mistake the tracks for ladybugs! Shelton had the tattoo redone with barbed wire around the tracks, but he still thinks it’s a pretty bad tattoo now.

Shelton has said that his two biggest pet peeves are under-dressed people and bare feet. As he said, “somebody standing on the stage of the Grand Ole Opry or some formal place and they’re wearing a T-shirt and baseball cap” really get him going, as does “stinkin’, nasty feet” in music videos. He even hates flip-flops! Shelton is definitely a no shirt, no shoes, no service kind of guy.

22. From Rags to Sexiness

How does one become People’s Sexiest Man Alive? Well, for Shelton, it all started in Ada, Oklahoma, a small town of about 17,000 people, where he was born in 1976.

Shelton was the son of a used car salesman, Richard, and a beauty salon worker, Dorothy. Does it get much more country that that?

When he was a child, Shelton’s mom put him in two or three pageants in a row. He did not take well to the experience at all, but he did get to perform songs like Ted Nugent’s “Cat Scratch Fever” and Bob Seger’s “Old Time Rock ‘n’ Roll.” Maybe his mom was onto something!

Shelton began singing at an early age, and by the age of 12 knew how to play guitar. By age 15, Shelton had written his first song, and by 16 he had won a Denbo Diamond Award.

Shelton has said this first composition, “That Girl Made a Fool Out of Me,” is “in the top 10 of worst songs ever written in the history of the earth.” We’ll take his word for it!

After graduating high school, Shelton left Oklahoma for the Athens of the South: Nashville, Tennessee.

Once he arrived in Music City, Shelton was able to get a job at a music publishing company. This would lead to a contract with Sony and, later, with Giant Records.

On July 31, 2001, Shelton’s self-titled debut album was released by Warner Bros (Giant had gone under). Featuring his hit debut-single, the album has been certified platinum.

Shelton has claimed to treat himself to a unique haircare regimen: he says that he uses a combination of eggs and ketchup to keep his locks up to snuff.

Shelton’s mother, while not a participant in his unorthodox haircare, has recorded a song with him. Dorothy appears on his Christmas song “Time For Me to Come Home.”

Shelton’s mother was so inspired by her familial collaboration that she went on to write a holiday-themed novel, also called Time For Me to Come Home and based on real holiday memories, with Travis Thrasher.

In 2003, Shelton described a pet turkey that he owned, and claimed that he wanted to bring him to an awards show to expose him to different things. The turkey was named Turkey, and Shelton apparently also fed him turkey scraps once by accident. Turkey unfortunately died of heat stroke later in 2003.

Before divorcing his long-time girlfriend and short-time wife Kaynette Gern in 2006, Shelton met country music darling Miranda Lambert at CMT’s 100 Greatest Duets Concert! A few years later, the two would be singing their own duet.

Shelton has professed to have several public bromances. He has jokingly posted a picture of himself and Carson Daly not-really-but-kind-of kissing, and a Today show website describes his other objects of celebrity brofection, Adam Levine and Usher, as “lucky fellas.”

After doing the right thing and asking her father if it was okay, Shelton proposed to Lambert, who accepted. The two were married in Texas in 2011.

Shelton and Lambert received His and Hers flasks and shotguns as an engagement gifts; they went out almost right away to try them out. “It’s a real shotgun wedding!” Lambert joked.

Perhaps as beguiling as being in the same looks category as Chris Hemsworth, Brad Pitt, Keanu Reeves, and Tom Cruise is the fact that Shelton has played Wyatt Earp on film (in The Ridiculous 6), thus joining the ranks of Jimmy Stewart, Kevin Costner, Kurt Russell, Henry Fonda, and Burt Lancaster.

Shelton once wrote a song, ““Go Ahead and Break My Heart,” for his current love, Gwen Stefani, and sent her the demo, which she then finished from her own perspective. Shelton later told Today, “We could not be on paper, any more different. I mean, I’m a country singer and she’s a ska, rock, pop, whatever it is… and it’s just an odd idea. But man, It’s a lot of fun.”

When pal Jimmy Fallon heard that Shelton had never tried sushi before, he took him out to New York’s Nobu on his show. Unfortunately, Shelton wasn’t a fan of the dishes, describing pickled ginger as looking like “pre-chewed gum,” and comparing tuna to a “human tongue.”

Everyone knows that Shelton got together with Gwen Stefani right after his split from Miranda Lambert, but the divorce papers are sealed, so the reason is actually unknown to the public.

In 2012,  Blake Shelton opened up about his sex life with blonde bombshell Miranda Lambert and admitted that they had done the deed in some wacky places. When asked what the craziest place was, the singer responded, “Probably just, like, in the truck, back home — back in the woods.” 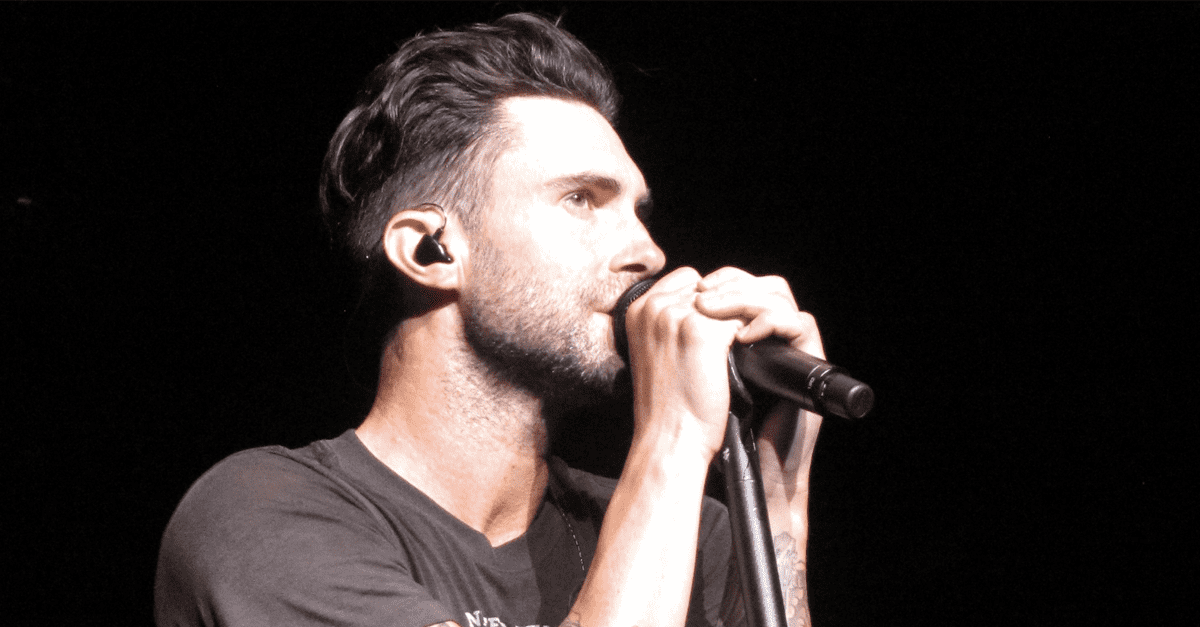