A jack of all trades, Hugh Jackman seriously lives up to his name. The award-winning Aussie actor has been wowing us for years by taking on all kinds of roles on screen and on stage. Aside from his magnetic presence in Hollywood blockbusters, the husband and doting father of two is also known as “Hollywood’s baddest good guy”—Jackman has managed to excel as an esteemed actor without sacrificing his homegrown values from down under. Read on to learn 24 facts about the many sides of Wolverine.

Jackman’s interest in musicals started at the tender age of 10, when he saw a high school performance of Man of la Mancha. He knew about the show before seeing it because his dad had the record and played it all the time.

It wasn’t Jackman’s plan to fill the shoes of a comic book hero. Before becoming one of Marvel’s biggest characters, Jackman graduated from the University of Technology in Sydney with a BA in Communications, focusing on journalism. It was a drama theory class in his senior year that changed his mind, and prompted him to enroll at the Western Australian Academy of Arts.

With over a decade and a half of experience, Jackman has acquired the label of “Nicest Guy in Hollywood.” He’s opted out of a disingenuous media-friendly facade for a more honest and direct projection of himself, oftentimes disregarding the advice from publicists who say that he moves his hands too much, or shouldn’t talk about a certain topic or express himself in a certain way.

21. A Modern Polymath of Sorts

What can’t this guy do? He plays the guitar, piano, and violin; credits Meg Ryan to turning him on to yoga; and is a member of the School of Practical Philosophy.

It’s hard to believe that such a charismatic man like Jackman could play coy. On the set of the Australian TV series Corelli, Jackman harbored a huge crush on the leading lady Debora-Lee Furness. Jackman reveals he wanted to marry her immediately, despite being so young—he was in his early 20s when they met, and Furness is 13 years his senior.

The pair tied the knot in 1996, but were unable to have kids even after trying in vitro fertilization, so they decided to adopt two children, Oscar and Ava. Since they have grown up in a life of privilege, Jackman admits that he’s strict with his children and is constantly teaching them about respect and gratitude.

18. How to Seek Alignment

Juggling an international movie star work schedule requires personal downtime. Between raising kids and maintaining a strong marriage to Furness, Jackman practises Transcendental Meditation. He’s been doing it since he was 20, and says that it helps bring some peace and quiet into his chaotic life.

Jackman says he’s the stricter parent, playing bad cop when he needs to, but still thinks he’s a little more flexible than his dad was. Furness has more of the “whatever” vibe.

Before he was famous, Jackman paid his dues taking on menial jobs to make ends meet. He spent years working the night shift at a gas station as a teen, and worked as a clown at children’s parties during university. He says these entertainment jobs were the hardest $50 he ever made, and that a six-year-old once called him a terrible clown because he didn’t know any tricks. Jackman admits that the kid was right.

A natural performer, Jackman has always gravitated towards song and dance. He says it’s in his blood, and lives by the Australian saying “Have a go,” meaning nothing ventured, nothing gained—so what if you fail?

Unsurprisingly, when the opportunity to star in one of the most famous musicals out there came up, Jackman jumped at the chance, and he considers Les Miserables to be the high point of his career. It was the knock on his door he had been waiting for, and combined his love of acting and music.

Russell Crowe is a dear friend of Jackman’s. In fact, Crowe jump-started Jackman’s fire hot career by referring him for the role of Wolverine.

Jackman was asked to host Saturday Night Live in 2001, but there was only one little problem: Jackman wasn’t familiar with the show at all. Producers had to send him tapes so he could familiarize himself with the tone and format of the show. He later said that his favorite was an episode hosted by Conan O’Brien.

When you’re playing Wolverine, its not out of the ordinary to get a little banged up on set. That’s what Jackman presumed happened to him when he discovered a mark on his nose in November 2013. His mark, however, was diagnosed as a basal cell carcinoma, a form of cancer. Although it’s mild, Jackman has been treating the disease ever since.

Although physically fit in many other arenas, Jackman is very near-sighted. When he isn’t wearing contacts, the actor suffers from exceptionally blurry vision, and reportedly can’t accurately read tele-prompters. As a result, he has to rely on memorizing his lines.

Jackman’s outstanding career as Wolverine holds a world record: he’s the actor with the most superhero film appearances, and he’s also the only actor who is in all the films in the X-Men franchise.

To help suit up for the role of Wolverine, the 6’2″ and lean Jackman had to undergo some seriously creative shortcuts to better portray the short and stocky Wolverine. Jackman was shot from unusual angles, and directors made co-stars wear platforms to make him seem smaller.

Jackman took on The Rock’s nutrition plan, a “carb-cycling” diet, to play Wolverine. On weight-training days he’d take in carbs, and on non-weight training days he’d have low-carbs and healthy high fats that included avocado, nuts, and seeds. The mix-up gave him fuel to train, but also allowed him to burn more fat.

Jackman had to stick to a clean eating diet of 6,000 calories a day to bulk up—that’s 6, sometimes 7 meals a day! It’s a rigorous diet that’s definitely no piece of cake, literally.

David Kingsbury, Jackman’s trainer for X-Men, built him a classic workout plan based on basic lifts and free weights using zero machines. This gave Jackman a more toned and ripped physique, and allowed him to avoid the bulky, bodybuilding look.

Jackman reveals that the best shape he’s ever been in was when he was training to take on the look of Wolverine, but also admits that sometimes he can’t even look at another plain chicken breast because he’s eaten so much of it over the years while training.

Who’s next to fill in his Wolverine claws? Tom Hardy is Jackman’s pick as the successor of Wolverine.

Born to English parents in Sydney, Australia, Hugh Jackman was raised in a very strict household. To make matters worse, his mother up and left the family to move back to England, causing a strain on the mother and son relationship. Jackman suffered emotional trauma from these years, and even broke down in tears during a 60 Minutes interview when he discussed his mother.

1. Wolverine on the Inside

Though known in Hollywood as a nice guy, Jackman has admitted that his “Wolverine rage” comes from experiences when he was a child, especially after his mother left his family. The absence of a mother figure left a profound impression on him, who says that he became a fearful kid who felt powerless and angry the moment she left. This feeling followed him, and worsened as he got older and started to play rugby. He would get hit in the face, and spin off into a white rage—an anger he identifies as the “Wolverine rage” he would later tap into for his performances as the character. 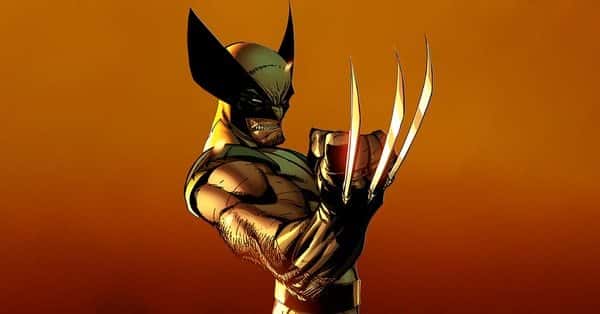