“It is paradoxical, yet true, to say, that the more we know, the more ignorant we become in the absolute sense, for it is only through enlightenment that we become conscious of our limitations. Precisely one of the most gratifying results of intellectual evolution is the continuous opening up of new and greater prospects.”

Nikola Tesla was born in what is now, Smiljan, Croatia, on July 10, 1856. Tesla made invaluable contributions to science, and many of his innovations are used in current modern-day technology. In addition to his development of the alternating current, Tesla was known for his aura of mystery, genius ideas, his obsession with his work, and his desire to push the envelope.

Nikola Tesla arrived in America in 1884, with a letter of introduction to give to his future employer, Thomas Edison. Tesla was hired as an engineer. Edison was known for developing direct current electricity, and focused on marketing his inventions. The two parted ways shortly after beginning to work together as Tesla strived to develop alternating current for which Edison did not own any patents.

Even though Tesla was a handsome man, great dresser, and attracted women, he stayed a single man. His devotion toward invention and scientific experimentation demanded all his time.

One of Nikola’s inventions, the ‘Tesla coil,’ is still used in today’s radio technology.

Nikola Tesla credited his mother for his desire to get into science and invention. Tesla’s mom, Djuka Mandic, invented small appliances for the home in her spare time. His father was a priest and writer, and wanted his son to follow in his footsteps. Thankfully, the pull of science was stronger, which led to to the creation of many inventions we take for granted today.

Nikola Tesla was born during the middle of an intense lightening storm, around midnight. The midwife thought the events surrounding his birth was a bad omen, but his mother thought otherwise. Legend has it, Nikola’s mom said, “No. He will be a child of light.”

25. For The Greater Good

Tesla was motivated by the idea that his inventions would help make life better for humanity, rather than raking in huge personal profits. This did not sit well with many executives in the electricity industry who didn’t want free energy to be a reality.

24. Setting Off The World

The experiments Tesla conducted in his Colorado Springs lab led to many legends and shocking tales. Light bulbs within 100 feet of the lab were said to glow, even when turned off. Butterflies became electrified and were exhibiting St. Elmo’s fire around their wings. He even created artificial lightening with arcs as high as 135 feet in the air.

Tesla conceptualized the network and technology behind wireless communications as early as 1901. He believed that information could be encoded, and then assigned a specific frequency to be broadcast across, transmitting the information through thin air.

Reportedly, Tesla could not stand seeing pearls. His aversion was so strong, that he even refused to speak to women seen wearing pearls.

A high frequency oscillator built by Tesla, is blamed for shaking buildings next to Tesla’s Manhattan laboratory. A man-made earthquake didn’t take place, but the disturbance was enough to make Mark Twain run for cover.

19. Never Made It Past Conception

Tesla spent a lot of time dreaming up new and fantastic technological advancements, but unfortunately was not able to develop all of his ideas. Tesla created concepts for many directed energy innovations including X-Ray machines, radar and even particle beam weapons.

Nikola Tesla suffered a bout of cholera that nearly killed him as a teenager. After his terrifying experience, Tesla was extremely careful about hygiene. He is what we would consider today to be germaphobic.

Two qualities which aided Tesla with his inventions, was the fact that he had a powerful photographic memory and a vivid imagination. He would memorize book pages, images, and was able to visualized his inventions in 3-D before creating them.

16. A Plethora Of Patents

It has been disputed how many patents Tesla held, and some are believed to remain undiscovered. Tesla is believed to have been responsible for at least 300 different inventions.

15. Through The Fire And Flames

In 1895, Tesla suffered an incredible loss. His laboratory in New York burned, along with equipment, and years of amassed notes. Luckily, Thomas Edison allowed Tesla to utilize lab space.

Colorado Springs, Colorado was Tesla’s chosen location for his new laboratory, after suffering the loss of his New York location. In Colorado, Tesla developed his famed ‘Tesla Tower’ or ‘Tesla coil’ which was a high-voltage transformer. The invention created a light show of brilliant arcs of electricity that wowed crowds, but his device was actually for powering wireless transmissions.

13. The Mighty Power Of Nature

Nikola Tesla and George Westinghouse built the first hydro-electric power plant in the world. The hydroelectric dam was constructed in Niagara Falls, using the power of water and gravity to create clean, renewable energy.

17 years after the eccentric inventor and engineer’s death, Nikola Tesla was bestowed an honor by the International Commission of Electrical Engineers. The measurement for the strength of a magnetic field was named the ‘Tesla,’ and is abbreviated by a capital ‘T.’

Tesla had been experimenting with the power of radio waves since 1892. He even revealed a radio wave-controlled boat in 1898, in an electrical exhibition held in New York City.

Tesla cared about easing mankind’s impact on the natural environment and even considered moving away from the use of fossil fuels. Tesla was always looking for natural and renewable sources of energy both for his own use and to benefit the world. He created artificial lighting for his lab that was said to be inexhaustible.

One reason Tesla was not a very well-off man financially, was because his humanistic focused ideas were not intended to turn a profit. As such he did not consider how he would market his new inventions. Recognizing this, his financial supporters became leery about his ideas, which at the time seemed like science fiction, and would discontinue support. Although Tesla contributed much to humanity, he died penniless and alone.

When Tesla passed away, all of his personal belongings, research, and equipment were seized by the Office of Alien Property. Some possessions were released to family or donated, but some things still remain classified by the government of the United States to this day.

Tesla is said to have had OCD. He was obsessed with the number 3, 6 and 9 and believed these numbers could unlock the secrets of the universe. He also disliked hair and round objects to an absurd degree, where he would go to great lengths to avoid encountering them. He also possibly suffered from insomnia, as he claimed he only needed to sleep a mere 2 hours a night.

A 7-foot tall statue of Nikola Tesla was created in Palo Alto, California. It was erected December 2013, with a free Wi-Fi hotpot and time capsule.

5. A Matter Of National Security

4. With A Little Help From Friends

Nikola Tesla was good friends with John Muir, the founder of the Sierra Club, and famous writer Mark Twain.

Matthew Inman, creator of The Oatmeal comics and Tesla supporter, made an awesome comic about Nikola Tesla’s work. Inman contacted Elon Musk, CEO of Tesla Motors, in order to raise money for the Tesla Science Center. Musk not only made a generous donation to the Science Center, but also donated $1 million dollars to help rebuild Tesla’s former Wardenclyffe lab. Go science!

Edison tried to derail the public’s acceptance and support for the alternating current, by demonstrating how AC could be potentially dangerous. Many people believe that Edison went as far as to publicly electrocute a circus elephant to display the dangers of AC. Although he did electrocute the elephant, Edison was hired to perform the execution (similar to the electric chair) after the elephant was sentenced to death after killing a number of trainers and spectators. The “battle of the currents” between Edison and Tesla was ten years earlier.

Tesla thought his eyes changed from a darker color to a light gray, as a result of straining his mind so much for his inventions. There is some truth to this, as people age the limbal rings in your eyes begin to fade. Limbal rings are dark rings around the iris. This is completely natural but can be more pronounced for people with light eyes. 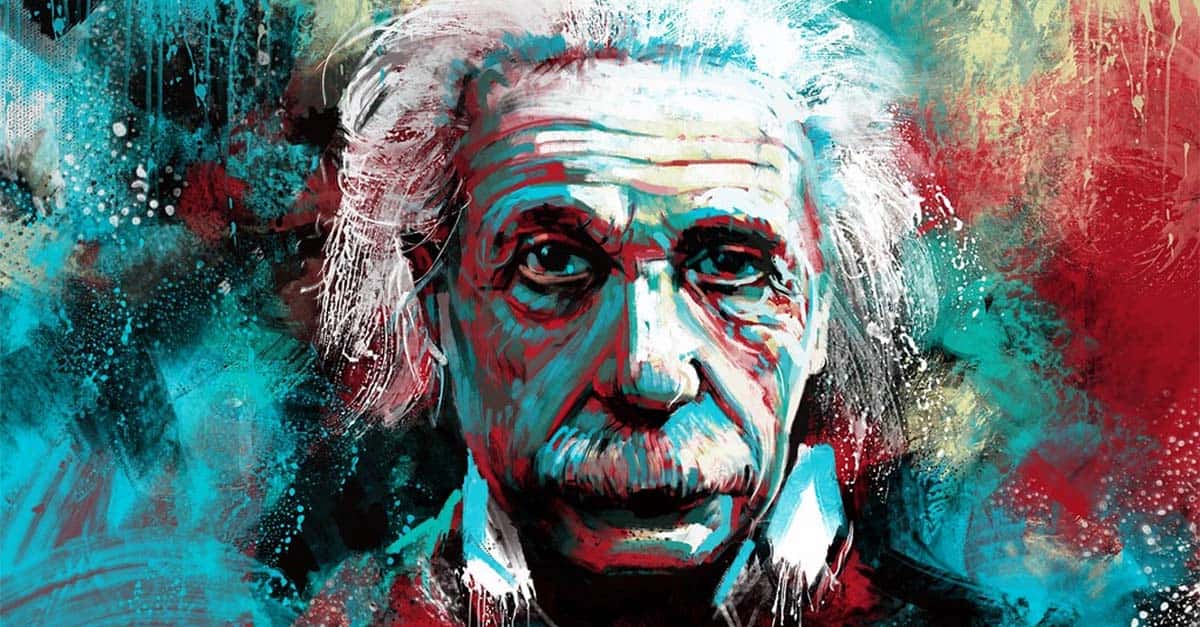