“Life is a game, play to win.” These are more than just words of wisdom from Harvey Specter, it’s also a life philosophy for the main characters in the hit TV series Suits. The legal and personal games they play have made the show a smash that has lasted for 7 seasons. We’ve gathered some of the most interesting facts about the series and its characters below.

Patrick J. Adams (Mike Ross) is gifted photographer, and most of the photographs displayed on the walls of Rachel’s office are his work. His photography is also on display in several Toronto galleries.

Costume designers on the set of Suits stock more than 100 suits at a time. Those perfectly tailored suits worn by ace legal mind Harvey Specter? They’re all from swanky designer Tom Ford.

Harvey (Gabriel Macht) and his sassy office manager Donna Paulsen (played by Sarah Rafferty) are actually great friends in real life, and have known one another for over 20 years. Macht even initially suggested Rafferty for the role.

While the show takes place in New York City, Suits is actually filmed in the city of Toronto, Canada. The move was made to take advantage of the generous tax credits offered by the government of Ontario.

24. Something in His Eyes

Adams caught the attention of Suits creator Aaron Korsh because of his intelligent eyes. Before Suits, Adams had no major roles, but did appear briefly in Lost and Pretty Little Liars.

Macht hates Harvey’s slicked back hairstyle and refers to it as “icky and crispy.” Fans love it, though, and there is even a Facebook site dedicated to his hair.

Louis Litt may be the office cat guy, even going so far as to bring one to the office with him, but Rick Hoffman, who plays Louis, is severely allergic to cats. EpiPens and inhalers are close by whenever he has to interact with them!

Macht doesn’t have to look far to research his role as one of New York’s most powerful lawyers. Numerous members of his family, including his sister, aunt, and cousin, are lawyers, and his grandfather was a judge.

Gina Torres’ role as the tough but brilliant Jessica Pearson was originally written as a male role. Both the network and the studio convinced Korsh to change the role to a woman.

Though Louis frequently talks to his assistant Norma, we never get to see her.

The name Specter is unusual, but is it’s actually a clever anagram for the word “respect.” And respect him we do. You can even order the Harvey Specter Handbook on Amazon.

The amount of swearing has increased throughout the seasons of Suits, and the F word was used for the first time in season 7.

The skyline of New York City that appears in the windows of the offices of the main characters is fake: it is actually a giant shower curtain.

Vanessa Ray and Troian Bellisario both appeared in the Suits series as the love interests of Mike Ross, though they never appeared in the same scene. The two actresses also appeared in Pretty Little Liars, where they do share several scenes.

Harvey keeps an intriguing collection of memorabilia in his office. One is a small replica of the Brough Superior SS100 that T.E. Lawrence, the famous “Lawrence of Arabia,” was riding when he died.

Suits lovers Jeff Malone and Jessica Pearson are played by D.B. Woodside and Gina Torres, who also played lovers on the TV series 24.

Harvard doesn’t have an Order of the Coif (though other law schools do), so Mike not recognizing it is not actually proof that he didn’t go to Harvard. Louis also mispronounces Coif as “kwaff”; lawyers actually pronounce it “koyf.”

Louis Litt invented and even trademarks the term “Litt up,” which he explains means to dominate someone else through wit, power, and intelligence. Louis “litt up” 16 people in the first four seasons.

A recently announced possible spinoff of Suits was pitched by Gina Torres and will focus on her character Jessica Pearson as she brings her legal expertise to Chicago politics.

Meghan Markle is a foodie in real life, which is the inspiration for her character Rachel’s obsession with food in Suits. Markle’s Instagram account is full of her food adventures, as well as her adventures as a Global Ambassador for World Vision Canada.

When Louis holds his trivia game, Seth claims that five Supreme Court judges attended Harvard. Mike claims correctly that there were six. This info is from the pilot: Mike learns it during his tour of Harvard, in a guidebook.

While filming his first sex scene for the show with Meghan Markle, Patrick J. Adams confessed that it was awkward yet fun, saying “Meghan and I are like brother and sister at this point, so a scene like that is basically just hilarious for us to shoot”. Meghan Markle echoed the sentiment, saying that it was “weird”, particularly the scene where her and Adams’ characters get it on in the office file room.

When the show first began filming in Toronto, Macht did not have a place to stay, so Adams (being Canadian) let Macht stay in his mother’s penthouse. The two lived together for 10 days.

Olympian Michael Phelps is a committed Suits fan, frequently tweeting about the show. Impressed, the producers created a cameo for him as, ironically, the one client Harvey is unable to land.

Mike might have been an investment banker. Korsh’s original concept for Suits was for an Entourage-style show about investment banking. The original title was A Legal Mind. 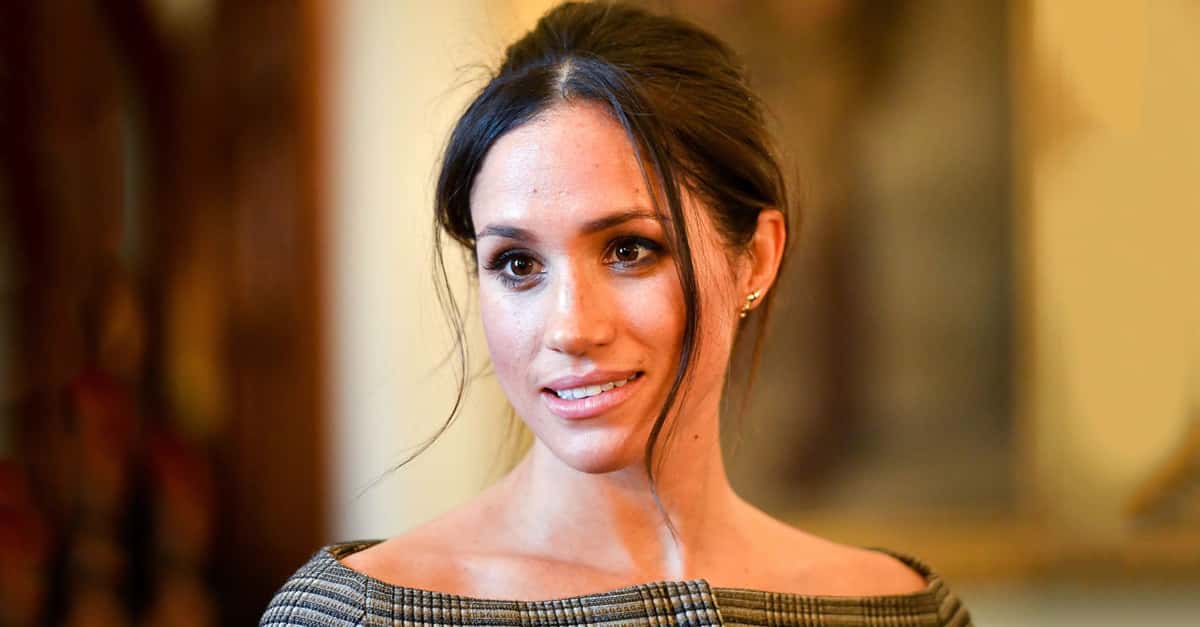 Royal Facts About Meghan Markle, The Duchess Of Sussex