The biggest drug kingpin in the world, at the height of his power, Colombian national Pablo Escobar made more money than he knew what to do with, commanded an army, and killed thousands of people on his rise to the top.

Here are a few things you might not know about “The King of Cocaine” Pablo Escobar.

Pablo Escobar’s father was a farmer and his mother was a schoolteacher. She apparently never taught him to “Just Say No.”

When he was 27, Escobar married Maria Victoria Henao Vellejo, who was only 15 at the time.

44. The Henao Family Seal of Disapproval

The relationship was, unsurprisingly, discouraged by Maria’s family who considered Escobar to be socially inferior. Escobar sure showed them with all his successful drug dealing.

43. The Kids are Alright

He had two children with Maria, a son (Juan) and a daughter (Manuela) and, after Escobar’s death, they fled to Argentina.

When his daughter wanted a unicorn, Escobar made it happen by buying her a horse and stapling a cone to its head as well as wings on its back. The horse later died of an infection.

Despite the nature of his business, Maria was supportive of her husband although she urged him to avoid violence. Members of rival cartels played recordings of conversations between Pablo and Maria for their wives as a demonstration for how they should behave.

40. The Benefits of a Positive Attitude

Her supportive attitude was said to be the reason why Maria and her children were not killed by rival cartels following Escobar’s death.

Journalist Virginia Vallejo published a memoir in 2007 where she described a romantic relationship with Escobar. The memoir was called “Loving Pablo, Hating Escobar.” 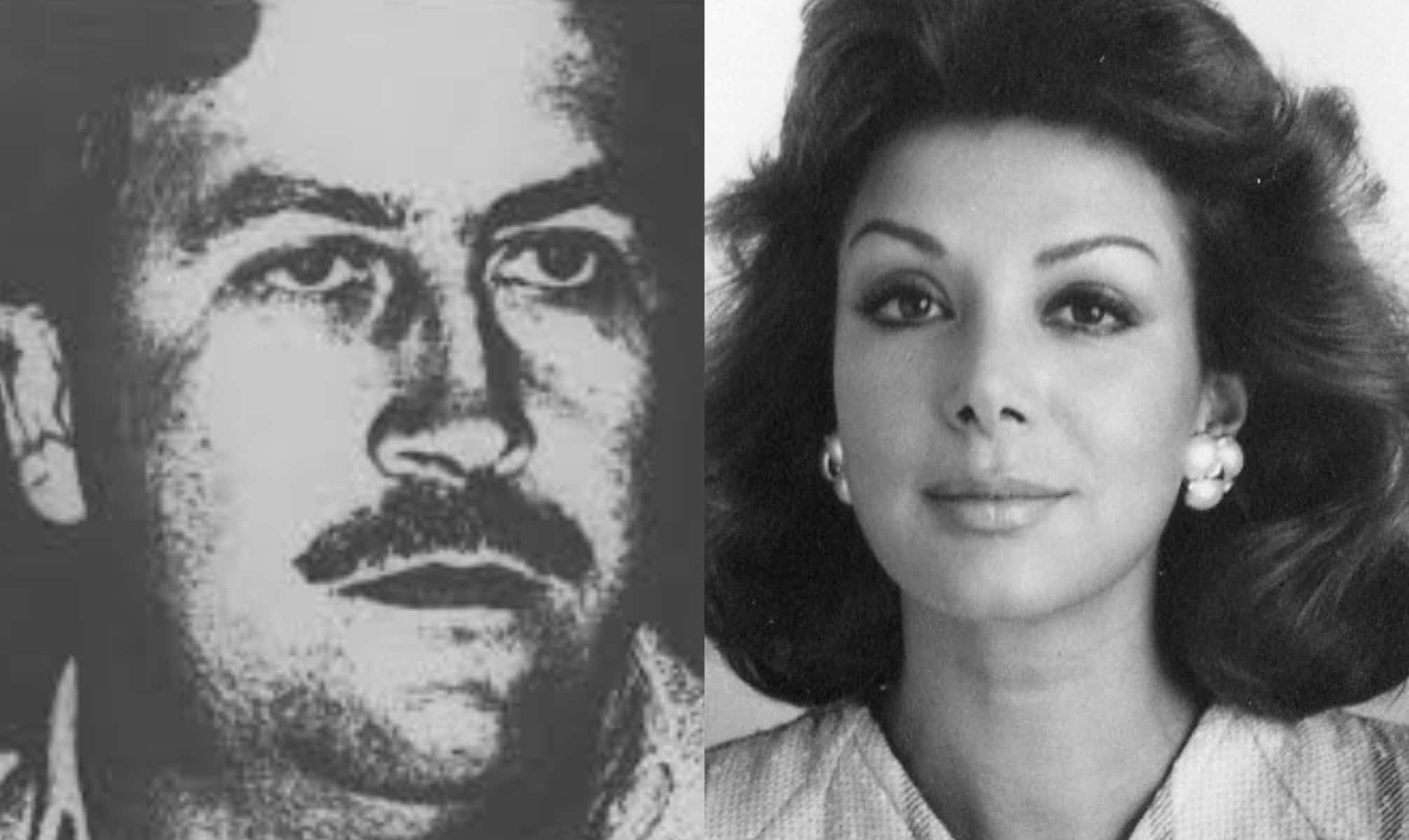 38. An Affair to Remember

Griselda Blanco, a drug distributor, also reportedly had a secret, but passionate affair with Escobar who was mentioned in her diary under the nicknames “Coque de Mi Rey” (My Coke King) and “Polla Blanca”.

Escobar got his start stealing cars and selling stolen tombstones to smugglers.

Escobar’s first foray into the drug world was kidnapping a Medellin cartel leader who he ransomed for $100,000.

At his luxury estate in Puerto Triunfo, Escobar built a private zoo filled with giraffes, elephants, and hippos. The estate has since been converted into a public zoo and water park called Hacienda Nápoles.

34. With him or against him

Escobar murdered anyone who stood in his way, and his death count was upwards of 4,000 people including 200 judges, 1,000 police workers, journalists, and government officials.

In 1976, Escobar was arrested for possessing 39 pounds of cocaine. He tried to bribe the judge, and when that failed, he had the arresting officers murdered. This began his long history of bribery or murder.

32. Four out of Every Five Lines

In the 1980s, Escobar’s Medellin cartel owned 80% of the international cocaine trade.

At the height of his career, Escobar was turning over US $21.9 billion a year in personal income and was officially the wealthiest criminal in history.

Escobar bought a Learjet for the specific purpose of moving his cash around.

Escobar reportedly smuggled cocaine in plane tires and via this scheme, made upwards of $500,000 a day.

When his family went into hiding, Escobar’s daughter got sick and, in order to keep her warm, he burned two million dollars of crisp cash for heat.

The success of his cash-only business meant that Escobar had so many loose bills lying around that he had to spend $2,500 per month on rubber bands.

Using his extreme wealth, Escobar got himself elected to Colombian congress. The benefits of his title was automatic judicial immunity and a diplomatic visa.

Escobar was suspected of backing the 1985 storming of the Colombian Supreme Court, which was done in retaliation for the court studying the constitutionality of the Colombian extradition treaty with the US. Left-wing. Guerillas stormed the court, killing half the judges and destroying all the files on Los Extraditables, a group of cocaine smugglers under threat of extradition.

24. Who Pays Attention to Lists Anyway?

Beginning in 1987, Forbes included Escobar on their list of world’s richest people for seven years in a row. In 1989, he got as high as number 7.

In the late 1980s, Colombian authorities seized part of Escobar’s fleet. This included 142 planes, 20 helicopters, 32 yachts, and 141 homes and offices.

Escobar’s transportation fleet of cars, trucks, buses, planes, and boats was so heavily scrutinized that he bought two remote-controlled submarines to move his product into the States. Many drug traffickers still use subs or semi-submersibles.

At the peak of his business, Escobar was smuggling up to 15 tons of cocaine a day.

The biggest shipment of cocaine that Escobar ever sent to the US weighed an incredible 51,000 pounds, or 25.5 tons. That’s 8 elephants worth of cocaine.

Escobar famously did a lot to try and alleviate poverty in Colombia, so despite the terrible things he did, he was beloved by a lot of people and known as “Robin Hood” type figure. 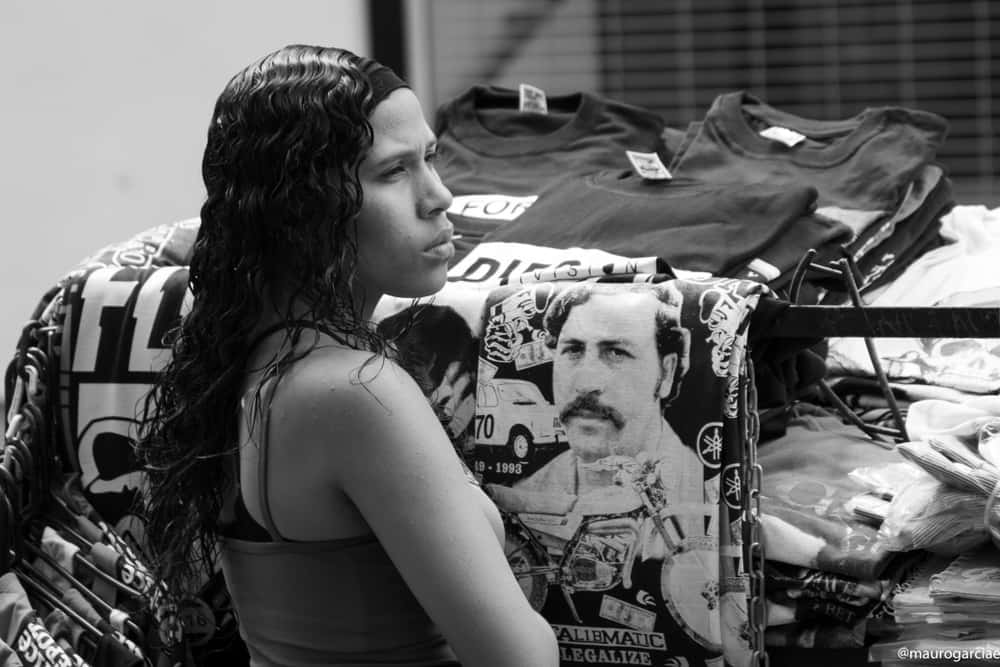 Amongst the things he did for the poor was donate money to churches and hospitals, establish food programs, build parks and football stadiums, and develop barrios which is a spanish word for neighbourhood.

17. He Just Wanted Someone to Call Him “Sweetie”

Escobar went by many names and aliases but some of the known titles were “Don Pablo,” “El Senor,” “El Magico,” “El Padrino,” “El Zar de la Cocaina,” and “El Patron”.

16. Beauty and the Beast

Escobar liked to entertain his friends by hiring beauty queens and having them race expensive sports cars, swallow insects, or climb trees. All while nude. Probably wouldn’t fly in 2017.

15. The Secret to his Success

When the authorities raided his home, one of the books they found in Escobar’s library was a Spanish translation of the self-help classic, “The Power of Positive Thinking.”

Escobar was a huge fan of football and he and another Colombian drug lords would fly their favorite players in for games and bet on the results.

Escobar had so much cash that he ran out of places to hide it, and he would have to write off ten percent of his earnings due to common financial problems such as mold and having cash being eaten by rats. He wrote off an estimated $2.2 billion a year due to “consumption by rats.”

Some of the money Escobar made was hidden in drums and buried in the Colombian countryside. Many of these drums remain buried in or near properties that Escobar owns. So… get busy digging.

Escobar offered to pay off Colombia’s national debt, an estimated $10 billion dollars, in an attempt to get its extradition laws changed because that’s how much he didn’t want to go to jail in America.

10. Airing Out His Grievances

9. Why Would He Kill His Customers?

Escobar was one of the suspects in the 1993 bombing of the World Trade Center. He was infuriated at the false accusation and sent a note to the US Ambassador to Colombia saying that while he does a lot of crappy things, he didn’t do this crappy thing.

Pablo Escobar’s greatest fear was extradition. This is why he risked everything to take out the incoming president,Cesar Gaviria Trujillo, who was going to pass a law allowing narco traffickers to be extradited. In an American jail cell, he would have no access to his family, his business, and most importantly, prison officials that are easily bribed.

After the assassination of a presidential candidate who ran on a strong anti-drug and pro-extradition platform, the incoming president negotiated Escobar’s surrender and cessation of all criminal activity in exchange for a reduced sentence and preferential treatment during his captivity. Part of the deal was that Escobar could build his own prison, “La Catedral” (aka The Cathedral), a luxury prison befitting a criminal of his status. La Catedral had a casino, a nightclub, and even a spa.

Despite his promises, Escobar kept operating his business from prison and the government made plans to move Escobar to a more standard prison. Catching wind of these plans, Escobar escaped, spending the rest of his life on the run.

5. The Thrill of the Hunt

Los Pepes was a vigilante group funded by Escobar’s enemies who killed more than 300 of Escobar’s associates and relatives, including his lawyer.

Sixteen months after he escaped, Escobar was tracked down via radio triangulation and killed by police in a rooftop shootout.

About 25,000 people attended Escobar’s funeral in Medellin. These were people that Escobar donated money to and helped throughout his career.

1. In One Ear and Out the Other

Although the story goes that Escobar died in a shootout with the police, from a gunshot wound to the ear,  his brothers speculated that it was self-inflicted. Apparently Escobar had always said to them that, if he were cornered, he would “shoot himself in the ear.”