When you think of Emperor Nero, you probably imagine some of the worst debauchery, decadence, and violence the Roman Empire ever produced. And to be honest, you’re not wrong. Nero was a complex figure who loved not just murder and corruption, but also art, sports, and…well, himself. Here are 42 facts about the Emperor who’s so infamous, some people think he’s the literal Antichrist.

Nero was the last Roman Emperor in the Julio-Claudian dynasty that started with his ancestor Augustus.

Nero was born on December 15, 37 AD, during the reign of the infamous Emperor Caligula. When Nero was about three, his father died and Caligula exiled Nero’s mother for plotting to assassinate his imperial self.

When Caligula was murdered and Emperor Claudius rose to the throne, Nero’s mother, Agrippina, married the new Emperor. She was also Claudius’s niece.

Emperor Claudius adopted Nero and declared Nero to be his successor—even though Claudius already had a biological son, Britannicus.

When he was just 16, Nero married his step-sister, Octavia, the daughter of Emperor Claudius.

Before marrying Nero, Octavia was engaged to a man who, we’re told, had a hot sister. Accused of incest, that man committed suicide.

Growing up, Nero’s tutor was the great Stoic philosopher Seneca. Though Nero hardly lived up to Stoic ideals, Seneca was a Nero apologist who even defended the Emperor for murdering his own mother, Agrippina. Yeah, spoilers ahead on that one.

No one knows quite how Emperor Claudius died, but one popular opinion is that Nero’s mom, the ambitious Agrippina, had him poisoned. Rumors swirled, and they pinned his death variously on poisoned mushrooms, a poisoned feather, poisoned gruel, or even a poisoned, uh, enema. Regardless: not a good death.

Nero wasn’t even 17 years old when he became Emperor in 54 AD. He was the youngest Roman Emperor to date.

Nero’s only potential rival for the imperial throne was his stepbrother, Britannicus. Though Britannicus was only 13 when Nero became Emperor, the boy conveniently died just months after Nero ascended. It’s widely thought that Nero had the boy poisoned.

At first, Nero’s mother Agrippina was almost a co-ruler with her son. She handled state correspondences and received embassies, and coins from early in his reign show Nero and Agrippina’s faces side by side.

Early in his reign, Nero had an affair with a former slave, Claudia Acte. Agrippina didn’t approve of the relationship, which might have caused mother and son to drift apart. Nero stripped her of most of her power and sent dear old mom to live in the country.

In 59 AD, Nero decided to have his mother, Agrippina, assassinated—allegedly as revenge for plotting to kill him. Though accounts vary, one version from Tacitus says that Nero had a collapsible boat built to drown Agrippina and make it look like an accident. Agrippina survived the collapse, and when one of her maids called for help and claimed to be the Empress, a crew rowed to the woman and beat her to death with their oars. Agrippina then swam safely to shore.

28. Where It All Started

After the first attempt to kill Agrippina failed, Nero sent a group of assassins to kill her less subtly. We’re told that when they arrived, Agrippina’s last words were, “Smite my womb.” That’s right, she commanded them to stab her in her womb because it had borne her such an awful son.

People must have learned not to cross Nero. When Agrippina’s death was announced to the Roman Senate, they congratulated the Emperor and assured him that his life had been at risk from his mother. I mean, given her track record, it actually might have been?

Nero didn’t stop at killing his mother. He also had his wife Octavia killed in 62 AD, on the (probably false) grounds of adultery. An account from Suetonius tells us that Nero couldn’t even get anyone to confess to sleeping with the Empress through torture, so he bribed someone to confess as an excuse to kill her.

25. This Was His Happiest Marriage, Too

Nero would go on to marry two other women. His first marriage after Octavia’s death was to Poppaea Sabina, whom the Emperor allegedly also killed by kicking her in the stomach while she was pregnant.

Nero’s next wife after Poppaea Sabina was a woman named Statilia Messalina. She was already married, though, so Nero forced her husband into suicide. Anything for your emperor?

There is a story in the Jewish Talmud that Nero visited Jerusalem. He received a sign that God wanted someone to destroy the Temple of Jerusalem, even though the one to do it would be punished. Nero subsequently fled the city and converted to Judaism.

Before the death of his mother, Nero was known as a benevolent and generous ruler. He was on good terms with the Senate, supported poetic and theatrical competitions, and encouraged slaves to come to him if they were being mistreated by their masters.

Nero was reputedly good-looking. He was blond with blue eyes, and (in the early days of his reign at least) slim. He didn’t maintain his figure for very long, as his portraits on Roman coins show.

Nero had poor vision, and was short-sighted. He would hold an emerald up to his right eye to help him see far away.

Nero loved sports, including wrestling and chariot racing. Not content just to watch, the Emperor participated in these events, and even raced at the Olympic Games in 67 AD. The Roman people, rather than being impressed, thought this behavior was beneath an Emperor’s dignity, and Nero was mocked, though probably only behind closed doors.

We’re told that when Nero raced in the Olympics, he was thrown from his chariot and had to leave the race. He still “won” based on the water-tight logic that he would have finished first if he had actually finished.

For most of his reign, Nero was not the bloodthirsty tyrant we often imagine. He banned killing in gladiatorial matches, and ordered very few executions in his first decade on the throne. Still, this wouldn’t last.

Nero was a great lover of the arts, and he threw himself into drama, poetry, and music. He even gave public performances, which raised eyebrows for being so far beneath an Emperor’s dignity. When he died, Nero reportedly exclaimed, “What an artist dies in me!”

In June of 64 AD, a fire broke out in some shops in Rome. It quickly spread and burned out of control for nine days, damaging seven of Rome’s 14 districts and completely destroying three of them. Rumors emerged that Nero stood on the roof of his palace and performed a Greek epic while the city burned.

After the Great Fire of 64 AD, rumors again circulated that Nero had the fire lit on purpose to make room for his spectacular new mansion, the Domus Aurea (Golden House).

The popular myth that Nero played the fiddle while Rome burned is technically impossible—the fiddle hadn’t been invented yet.

In order to deflect attention away from himself, Nero blamed the fire on a strange new cult that was starting to get attention in Rome: Christianity. The ensuing tortures and executions (including, according to some, of the Apostles Peter and Paul) marked the beginning of Rome’s persecution of Christians.

11. Love and Taxes, Minus the Love

Nero’s mansion, the Domus Aurea, was so expensive that the Emperor went to extremes to raise funds. He auctioned off political positions, took treasures from temples, and raised taxes. The new taxes brought about Nero’s downfall, since they motivated revolts against the Emperor.

Nero lost his (peace of) mind in 65 AD when a plot to assassinate him was uncovered. The Emperor began a ruthless cleanse of all potential threats, including his beloved tutor and advisor, the philosopher Seneca.

The revolt that brought about Nero’s downfall was led by a governor named Gaius Julius Vindex (pronounced “Windex”).

Nero’s Domus Aurea covered 100 acres, and the Emperor commissioned a 100-foot statue of himself in bronze called the Colossus Neronis (“Colossus of Nero”).

7. The Man Who Would Be King

Nero traveled to Greece in 65 AD, but in his absence a series of revolts sprang up around the Roman Empire. In Spain, a military commander named Galba then joined the rebellion, and gained the support of the Roman Senate and army. Galba would soon replace Nero as Emperor.

Nero is said to have employed sadistic punishments against Christians, including throwing them to the dogs, crucifying them, and lighting them on fire in order to illuminate his garden in the evening.

When Galba’s legions declared him Emperor in 68 AD, the Senate ordered that Nero should be executed like a slave: placed on a cross and whipped. Nero fled Rome and escaped this awful death but, with no supporters left to turn to, Suetonius reports that he stabbed himself in the throat and died.

The Romans might have been glad to get rid of Nero, but their situation did not improve. The Emperor had no heir, and following Nero’s death, the Empire collapsed into chaos. The year after Nero’s death, 69 AD, is known as the “Year of the Four Emperors.” No, none of them were co-rulers; that means three Emperors died messily in one year.

Some accounts tell us that while officially married to Messalina, Nero married Sporus, a male former slave who, bizarrely, looked like Nero’s first wife Poppaea. And get this: Nero had Sporus castrated, and occasionally would take him out in public dressed in the regalia of a Roman Empress. While the dressing as an Empress part sounds like it could be a sweet deal (minus the castration), Nero also apparently called Sporus by Poppea’s name and used the former slave to get over his guilt for, er, kicking his pregnant wife to death. That part? Not so fun.

In the centuries following Nero’s death, some believed that Nero was the Antichrist. Pagan oracular texts predicted that he would come back bringing death and destruction with him, and this idea helped to fuel the Antichrist theory. Even modern Biblical scholars have embraced this, with some suggesting that “666” is code for “Nero.”

1. Two Sides to Every Story

Most of the accounts we have of Nero are hostile; ancient writers loved to spread damning stories about the murderous Emperor. However, a recently-deciphered poem written about 200 years after Nero’s death tells the beautiful story of his wife Poppaea ascending to heaven and grieving that she can no longer be with her husband. Maybe there’s another side to Nero’s reputation that we’ve been missing. Or…maybe not. 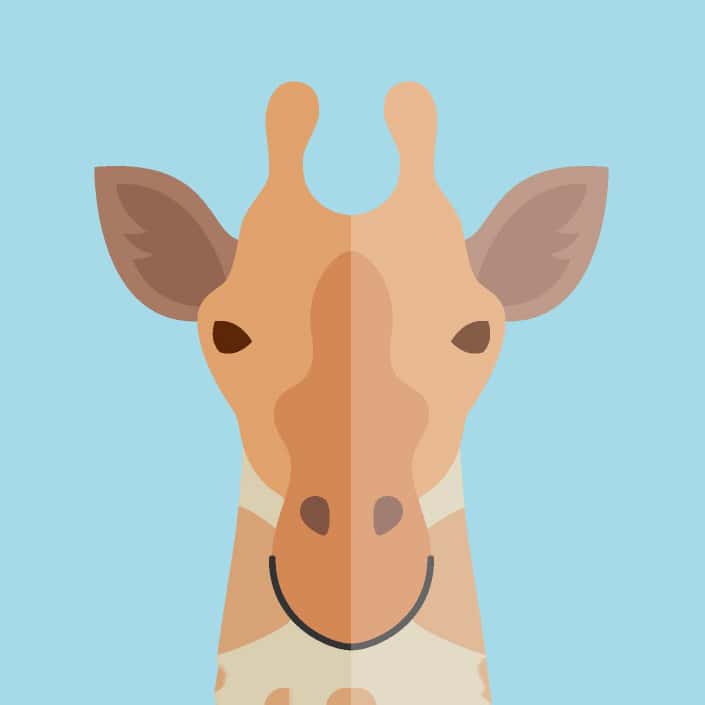