“Money frees you from doing things you dislike. Since I dislike doing nearly everything, money is handy.” – Groucho Marx Money makes the world go round, and it also does some crazy things to the wealthy. Money impacts our relationships and our personalities, and often seems to eliminate rational behavior. Some of the world’s wealthiest people are also the most eccentric: here are 42 facts about the 1%.

David Rockefeller Sr., the last surviving grandson of oil magnate John D. Rockefeller, began collecting beetles at age 7. By the time he died at age 101 in March, 2017, David had collected more than 150,000 specimens. His collection—one of the largest in the world—is now housed at Harvard at the Museum of Comparative Zoology.

Real estate tycoon Jeff Greene had a famous best man at his million-dollar wedding to Mei Sze in 2007: infamous boxer Mike Tyson. He met Tyson about 10 years prior at Greene’s annual Memorial Day BBQ in Malibu, and the two hit it off. He describes Tyson as “a very, very bright guy, very well read, [with a] very sweet disposition.”

Billionaire Stewart Rahr found himself permanently banned from the Japanese restaurant Nobu after reportedly threatening to kill the manager when he was denied his favorite table.

Despite being the richest man in American in 1957, J. Paul Getty was incredibly frugal. When his grandson J. Paul Getty III was kidnapped, Getty Sr. initially refused to pay the ransom. It was only when a lock of Getty III’s hair and his severed ear was mailed to a Roman newspaper that Grandpa agreed to pay a reduced sum of $3 million—the maximum amount that was tax deductible.

When he was in high school, Microsoft Founder Bill Gates bragged to his teachers that he was going to be a millionaire. By age 30, he was a billionaire, and now he’s the world’s richest man.

Howard Hughes, the reclusive director and aviator, was famously eccentric. To protect himself from germs, he wore Kleenex boxes as slippers, and stored his urine in jars in his room.

Henry Nicholas gained extreme wealth from Broadcom Corp’s public stock offering in 1998. He used some of his funds to build a secret lair under his Orange County mansion where he would frequently throw wild parties. Hundreds of construction workers finished the lair over a week, working at all hours while Nicholas took his wife to Hawaii on vacation.

In 2011, sheikh Hamad bin Hamdan al Nahyan, a member of Abu Dhabi’s ruling family, had his first name carved into the sand on Al futaysi island so that it could be seen from space. The letters form waterways to absorb the tides and keep his name in place, and the monument is even visible on Google Maps.

If Bill Gates lives to be 90 years old, he would have to spend $6 million per day to go broke.

Tuncay Ozilhan is the creator of one of Turkey’s most popular brands of beer, Efes, and holds a 50% stake in Coca-Cola in Turkey. He also has a collection of over 3,000 pens.

An unnamed Kuwaiti Billionaire owns a portfolio of domain names worth $3 billion, including jackass.com, research.com, and party.com. He refuses to either sell them or monetize them, so what exactly he does want with them is unknown.

For four years, the owners of the restaurant North Ryde in Sydney, Australia regularly discovered a calling card of human feces on the pavement outside their restaurant. The culprit turned out to be eccentric millionaire Salvatore Cerreto, who was eventually caught on camera with his pants down.

Millionaire Karl Rabeder grew up poor and dreamt of being rich. Once he became rich, however, he discovered that he was unhappy, so he decided to give away every penny of his fortune. He said: “My idea is to have nothing left. Absolutely nothing. Money is counterproductive–it prevents happiness.”

Mexican entrepreneur Carlos Slim is the second richest man in the world, and is the owner of America Movil, one of the world’s largest telecom companies. His empire is so vast that over 80% of Mexico’s population has bought something from a business he owns.

While on Safari in Kenya, millionaire Graham Pendrill fell in love with the Masai culture. After his return, Pendrill continued to wear his tribal clothes, and sold his mansion so he could move to Africa permanently to live in a mud hut with the Masai.

Multimillionaire Dennis Tito wanted to visit space so badly that he spent $20 million to become the world’s first space tourist. In May 2001, Tito spent 6 days aboard a space station.

Lifestyle and property tycoon Scott Alexander bought himself the ultimate status symbol: a town. He paid 3 million British pounds for a Bulgarian costal town and named it, fittingly, Alexander.

Millionaire optometrist Robert Clark Graham opened a sperm bank in 1980, and stocked it with donations from the world’s smartest men. The purpose of Graham’s sperm bank was to create a master race, and by 1983 it was reputed to have 19 genius donors. 229 babies were born from the repository at the time of its closing in 1999; there have been no Nobel Prize winners thus far.

Brazilian billionaire Eike Batista lost $35 billion in a single year when his commodities empire collapsed in 2012. His losses were so great that he became known as the world’s first negative billionaire.

The story gets better: After growing his wealth back up to $100 million, Batista was arrested in 2017 on charges of money laundering and corruption.

Karen Shand is a coronary care nurse who won 1 million pounds on TV and chose not to quit her day job, which paid 25,000 pounds a year. As she explained: “The money will change my lifestyle but it won’t change me.”

Swiss Socialite Jocelyn Wildenstein embarked on a multi-million-dollar plastic surgery campaign in order to please her husband; she transformed her features so that look she looked like a big cat. After catching her husband in bed with a 19-year-old Russian model (isn’t that always the way?), she received a $2.5 billion settlement, but the judge ruled she couldn’t use it on any more surgeries.

Facebook founder Mark Zuckerberg has made a pledge to donate 50% of his wealth over his lifetime.

Zuckerberg loves to give himself “annual challenges.” In July 2017, he announced the revival of an old challenge from 2011. He told his followers in a Facebook post that for the next year, he would only eat meat he killed or helped butcher himself. In January 2017, he set himself another challenge: to visit the 30 states he hadn’t been to.

Tom Hanks loves typewriters. He has a collection of over 50 antique WWII-era typewriters; he devotes an entire room to the vintage objects. He even wrote an article about the various sounds that the different models make.

The world’s fifth richest man is Larry Ellison, the co-founder of Oracle Corporation, a database software company. Ellison, along with Howard Hughes, is a source of inspiration for Robert Downey Jr.’s Tony Stark in Iron Man.

Russian President Vladimir Putin has a collection of watches worth over $500,000.

French billionaire Vincent Bollore is an avid comic book aficionado, and boasts a collection of over 1,000 comic books.

Sheikh Hamad bin Hamdan al Nahyan—the same man who permanently carved his name in the sand—is also known as the “Rainbow Sheikh” because of his 200+ collection of cars that are painted every color of the rainbow. He reportedly stores the cars inside a giant pyramid.

Billionaire Silvio Berlusconi was sentenced to seven years in prison for trying to cover up paying an underage prostitute for sex.

Prior to becoming a World Heritage Site, Stonehenge was purchased by eccentric millionaire Cecil Chubb. Chubb purchased the ancient monument and the land around it for 6,600 pounds at an auction in 1915 on a whim. He later received the title “First Baronet of Stonehenge,” and the motto “Founded on the Stones” was inscribed in Latin on his Coat of Arms.

Dr. Yoshiro Nakamatsu, self-proclaimed inventor of the floppy disk, retires to his “calm room” at the end of every night. The room is a bathroom tiled in 24k gold. The gold allegedly blocks out radio waves and television signals that are “harmful to imagination.”

Top video game designer Shigeru Miyamoto has a secret hobby: He loves to guess the length and weight of certain objects, and carries a tape measure with him for that purpose.

In 1925, the King brothers took up residence at an Alberta ranch with $5 to their name. By the time the brothers died in the 1990s, their property was worth around $6 million. The Kings’ shrewd business sense allowed them to flourish during the depression, but despite their comfortable status, the siblings lived like paupers until they died.

4. The Man with the Knobbly Nose

Monopoly’s Mr. Moneybags is thought to be based on American tycoon J.P. Morgan. For good reason: In 1893, Morgan rescued the U.S. Government from bankruptcy, and in 1907, he stopped the Wall Street Panic and prevented a depression. These feats, however, didn’t prevent Morgan from feeling insecure: he suffered from rosacea, which gave him a knobbly, purple nose. The tycoon often either retouched or destroyed photographs of himself.

3. How to Squander a Fortune

Terry Watanabe amassed his fortune from his family’s party favor company—but he also had a severe addicition to gambling. In 2007, Watanabe went on a gambling spree that resulted in him losing $127 million over the course of a year. Not only did he refuse to pay back the credit he’d taken out, but he sued the involved casinos for manipulating him into continuing to gamble.

James Jameson, heir to the Jameson Irish whiskey empire, was also an explorer with an interest in watching cannibals. In 1887, for the price of 6 handkerchiefs, he purchased a 10-year-old girl and gave her to a cannibal tribe. He proceeded to watch them feast on the girl while he created crude sketches of the ordeal. Source

Luis Carlos de Noronha Cabral da Camara was a Portuguese aristocrat who never found happiness, and spent most of his life drinking, shooting, and riding motorcycles. Since he had no children or family, he chose 70 people at random from the phonebook and divided his estate between them. The recipients were understandably shocked, but according to a friend who witnessed the will, this was the effect that Cabral wanted. 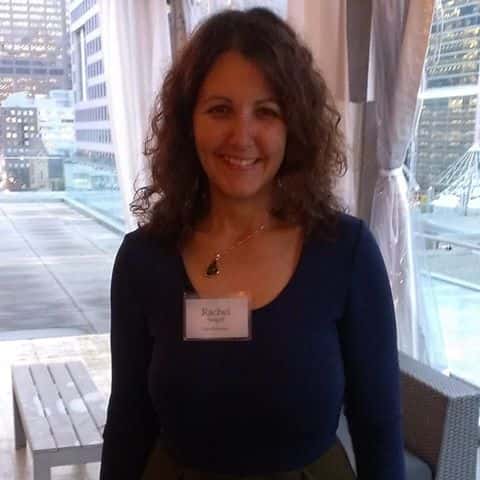