It looks like Black Widow is finally getting her own film! Although she might only be starting to become a household name and a prominent member of the Avengers, she has played a pivotal role in the comics for many, many years, and the Widow has both teamed up with and tried to kill some of the biggest Marvel heroes. So, before her inevitable time in the spotlight comes, take this time to brush up on some facts about the Soviet spy turned Agent of S.H.I.E.L.D. before you feel left out!

Before Black Widow became the heroine we know and love today, she was a much different character. In 1940, Claire Voyant became the first Black Widow, receiving her name due to the fact that she would touch her victims on the forehead and leave a black widow mark. Oh, and send their souls to hell. Yeah, she was intense.

Natasha Romanoff—the Black Widow we know and love today—was born in the Soviet Union under the name Natalia Romanova, with her name changing to the more westernized version when she moved to America.

Black Widow—the Romanoff version—made her official comic book debut in Tales of Suspense #52, starring Iron Man, in 1964. It’s fitting that she also made her film—and MCU—debut in an Iron Man property as well.

Since Black Widow was born in the Soviet Union and trained to be a Russian spy, it should came as no surprise that she was initially introduced as a villain. Black Widow was often a heel to Iron Man and, later, Spider Man.

Some people say they look good for their age, and then there’s Black Widow, who truly looks good for her age: She was born in 1928! Romanoff has kept this birth date since her inception, something comic book characters generally don’t do as the years go on. Don’t worry, there’s a perfectly normal explanation for this.

Back when Romanoff was training in the Black Widow program, she had a teacher with a similar past to hers: Bucky Barnes. That’s right, back when Barnes was also brain washed by the Soviet Union, the Winter Soldier helped train Romanoff. They were even romantically involved for a period of time.

Not only did Black Widow date Barnes, but she also had relationships with Hawkeye—more on him later—Hercules, and Daredevil. It should be noted that most of these relationships were kind of business related, as Romanoff was trying to manipulate them to turn on their country or get intel from them at one point or another. 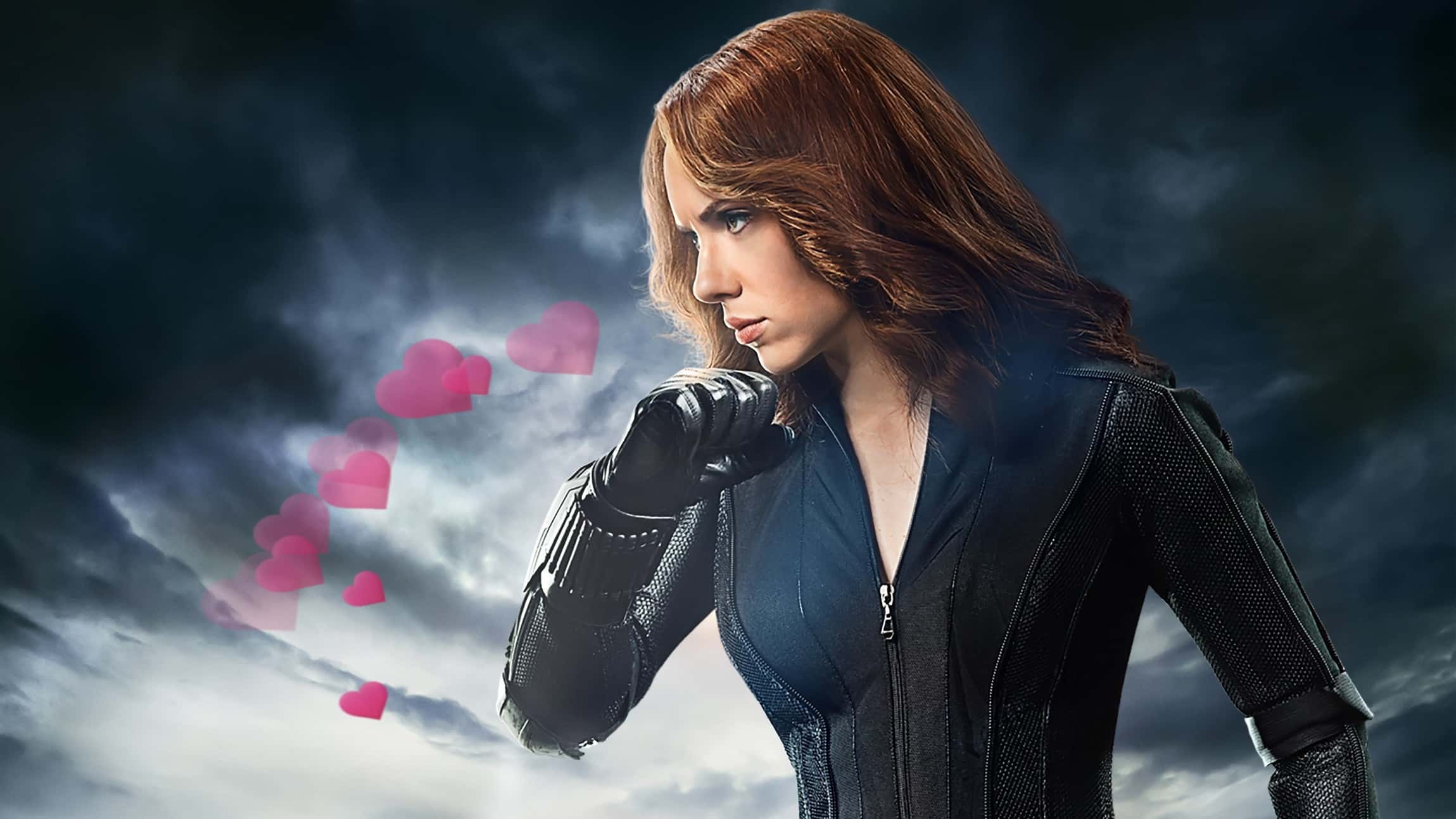 Black Widow was forced to marry test pilot and Soviet Spy Alexei Shostakov, but eventually grew to love him over the years. However, when the KGB faked his death, Romanoff focused all of her attention on her work, which just so happened to be the Black Widow program.

17. What Could Have Been

Back in 2004, before Marvel Studios became what it is today, they were struggling. They sold the rights to Black Widow to Lionsgate, who planned on making a Black Widow film, and even had a script from X-Men writer David Hayter ready to go. But after female-led action movies bombed at the box office that year, Lionsgate pulled the plug on the film.

Like most movie roles, Black Widow had its fair share of actresses in line to play the character. Unlike most movie roles, however, the actress chosen for the part didn’t end up playing it in the end. Emily Blunt was originally cast as Black Widow and was ready to film Iron Man 2 when she had to back out because she was already working on Gulliver’s Travels and the filming schedules conflicted.

With that being said, there were other actresses who Marvel looked at before going with Scarlett Johansson. The list included Eliza Dushku, Angelina Jolie, and Natalie Portman. Of course, Portman then went on to play Jane Foster in the Thor films. 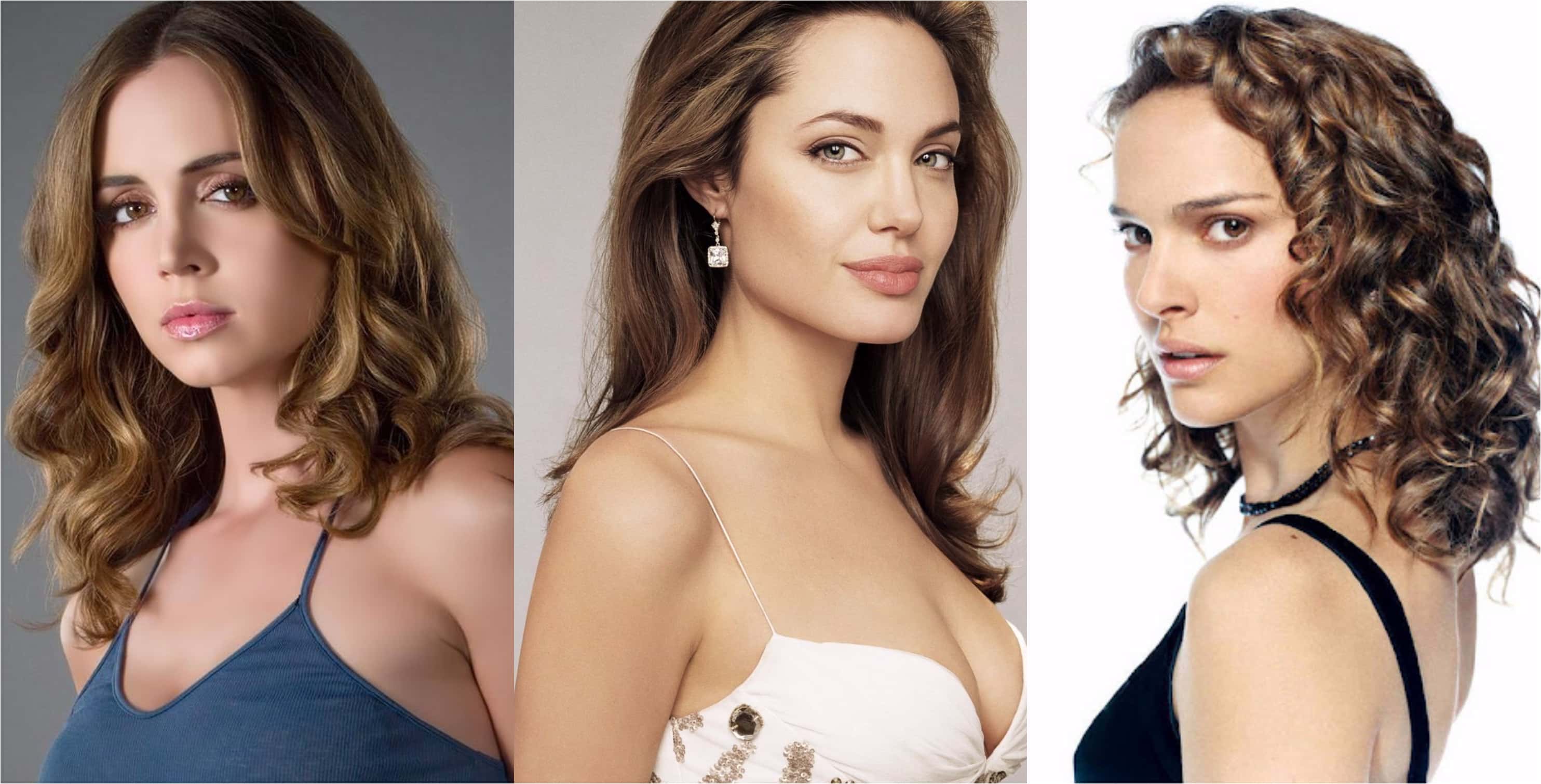 Romanoff may not have any real relation to the Black Widow spider itself, but she does have something in common with the widow aspect of her name: she is a widow herself. Although her ex-husband Alexei’s death was originally faked, he did end up dying for real later on.

Black Widow has dated multiple superheroes throughout her existence in the comics, but we have yet to see any full-blown romance for her in the films. The films haven’t delved too far into her past yet, but one relationship they have been building towards is one with Bruce Banner–AKA The Hulk. Interestingly, if they go through with it, this relationship would be a fresh, new pairing unique to the films and not seen in the comics.

Black Widow may not have been successful in her murder attempts in the original comic books, but the same cannot be said for Ultimate Marvel comics Black Widow. In this series, Black Widow kills Tony Stark’s butler Jarvis before going on to kill Hawkeye’s wife and kids! She eventually goes on to be killed by Hawkeye. In the films, their relationship is much different. They’re best friends, to the point where one of Hawkeye’s kids is named after Natasha, and in Captain America: The Winter Soldier, she wears an arrow pendant as a tribute to their friendship.

There’s no denying Black Widow’s ability to take on any attackers solo, but sometimes she likes to lend her skills to whatever team is in need of some help. Black Widow has been a part of (and even led) numerous groups in the comics, from well known teams like The Avengers and S.H.I.E.L.D to lesser household names like Heroes for Hire, Lady Liberators, and Secret Avengers.

If there is one aspect of Black Widow’s back story that a fair amount of people know, it’s that she (thinks she) used to be a ballerina. However, what no one can agree on is if that part of her life is real or not. There are some who believe that the KGB implanted the ballerina memories in her head, while others think they’re real, and she used it as her cover while she was a spy. The comics are no help, so pick whichever one you prefer!

9. Dress for the Occasion

Everyone knows Black Widow by the black, leather-clad suit she wears in the Marvel films, but that wasn’t always her wardrobe. When she first debuted, she wore an evening gown and veil. Seriously. The fact that she still kicked butt shows you how much of a beast she was and still is! 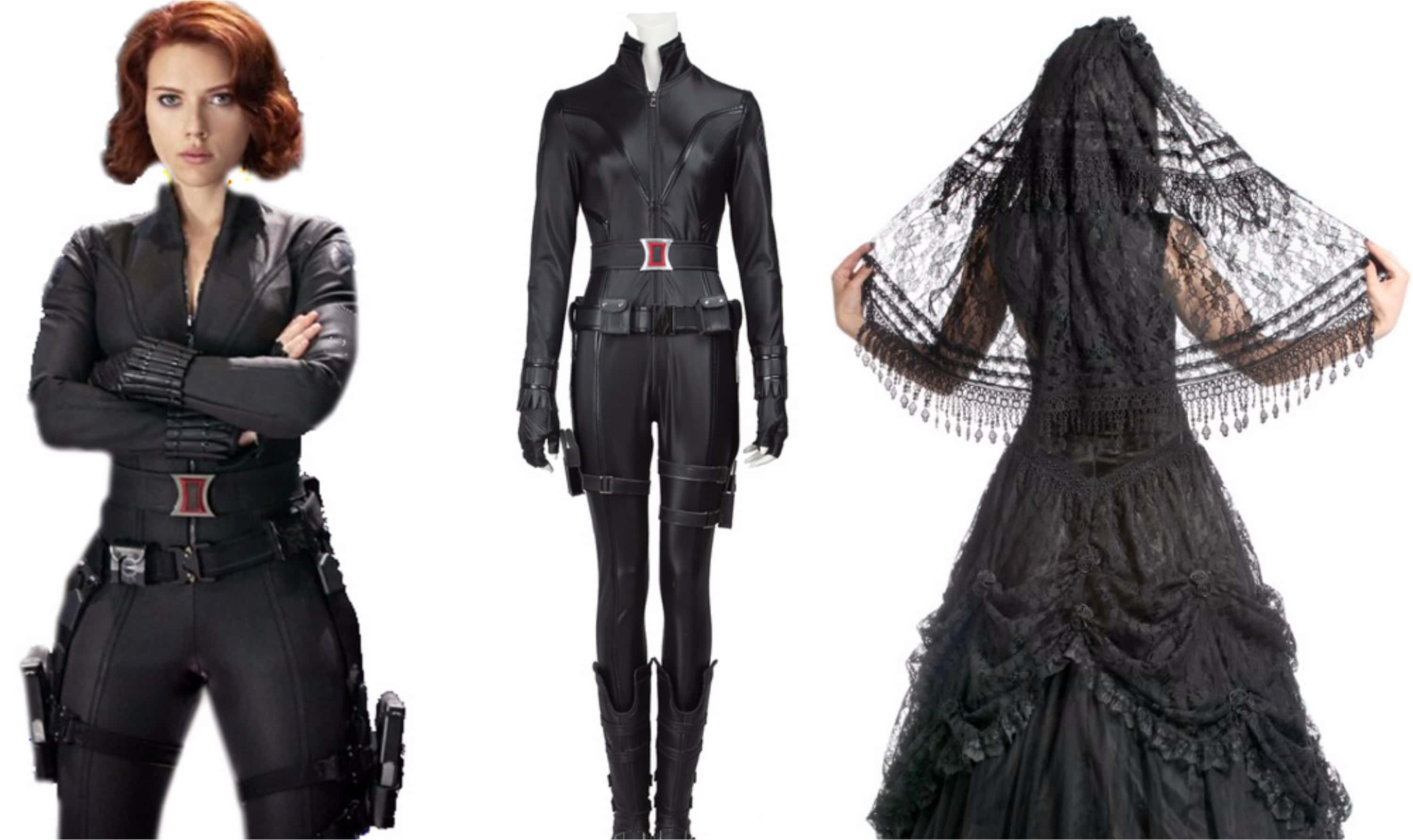 It took a few iterations of the Black Widow costume before comic fans got the one we know and love today. Aside from the gown and veil, she was also seen from time to time in fishnet stockings, a masquerade mask, a tight black leather dress and/or a tiny cape. It wasn’t until Amazing Spider-Man #86 in 1970 that Black Widow would appear in the black cat suit with long red hair.

Black Widow truly is a jack-of-all-trades when it comes to her line of work. Not only is she trained in various forms of martial arts and weaponry, but she also has numerous weapons at her disposal—like grappling hooks—and is a master manipulator. Just ask any of her exes.

The release of Avengers: Infinity War later this year will mark the sixth MCU film Johansson physically appears in as Black Widow, and I say physically because she does show up on a monitor in Thor: Ragnarok, meaning she’s technically appeared in seven MCU films.

5. No One Likes Being Replaced

Everyone knew that sooner or later Black Widow’s past would come back to haunt her, and it did in the form of Yelena Belova. In the late 1990s, Belova appeared in the comics, revealing that she trained in the same program as Romanoff and was sent to kill her to become the new Black Widow. After a hard fought battle, Romanoff was able to descramble Belova’s brain and bring her back to the good side.

Apparently, even trained Russian spies have dreams of living normal lives too. There was once a comic book storyline that saw Black Widow and Daredevil–then in a relationship–move to San Francisco and live normal lives. During this time, Natasha wanted to become a fashion designer.

3. Ahead of its Time 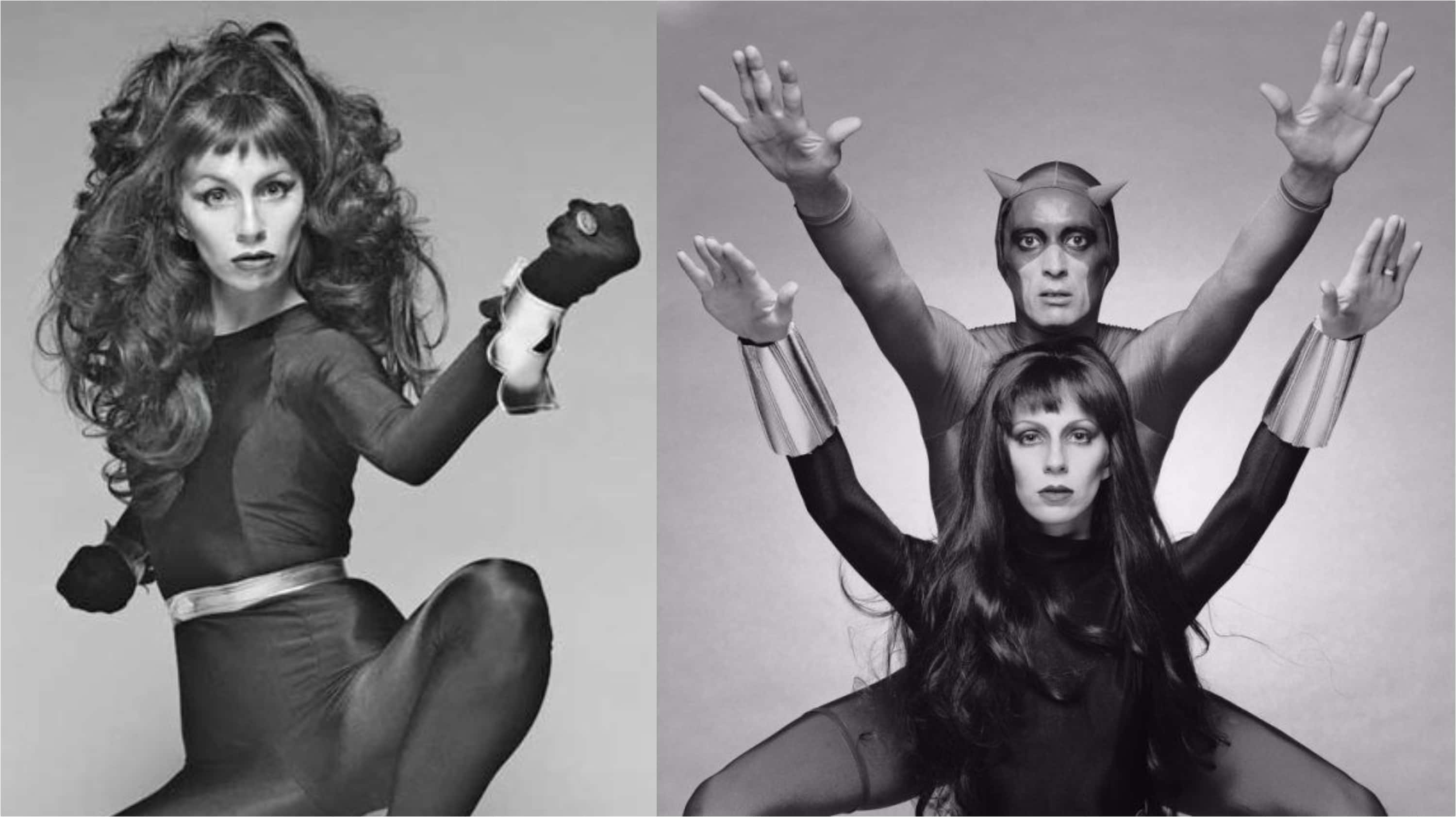 Similar to Black Panther, the name Black Widow appears to be more of a title rather than a superhero name unique to one person. It comes from the secret USSR Black Widow program that Romanoff trained in, so it is unclear if the name is unique to her or if it is given to every graduate of the program.

Details about the plans for the Black Widow solo film may actually give away the ending to Avengers: Infinity War, since Scarlett Johansson asked that the Black Widow movie actually be a prequel—reportedly—meaning that it’s possible the character won’t survive Infinity War. Although no director has been attached or a release date chosen, Marvel Studios did hire screenwriter Jac Schaeffer to write a version of the script for the solo film, so the wheels are in motion for this long-awaited MCU entry. 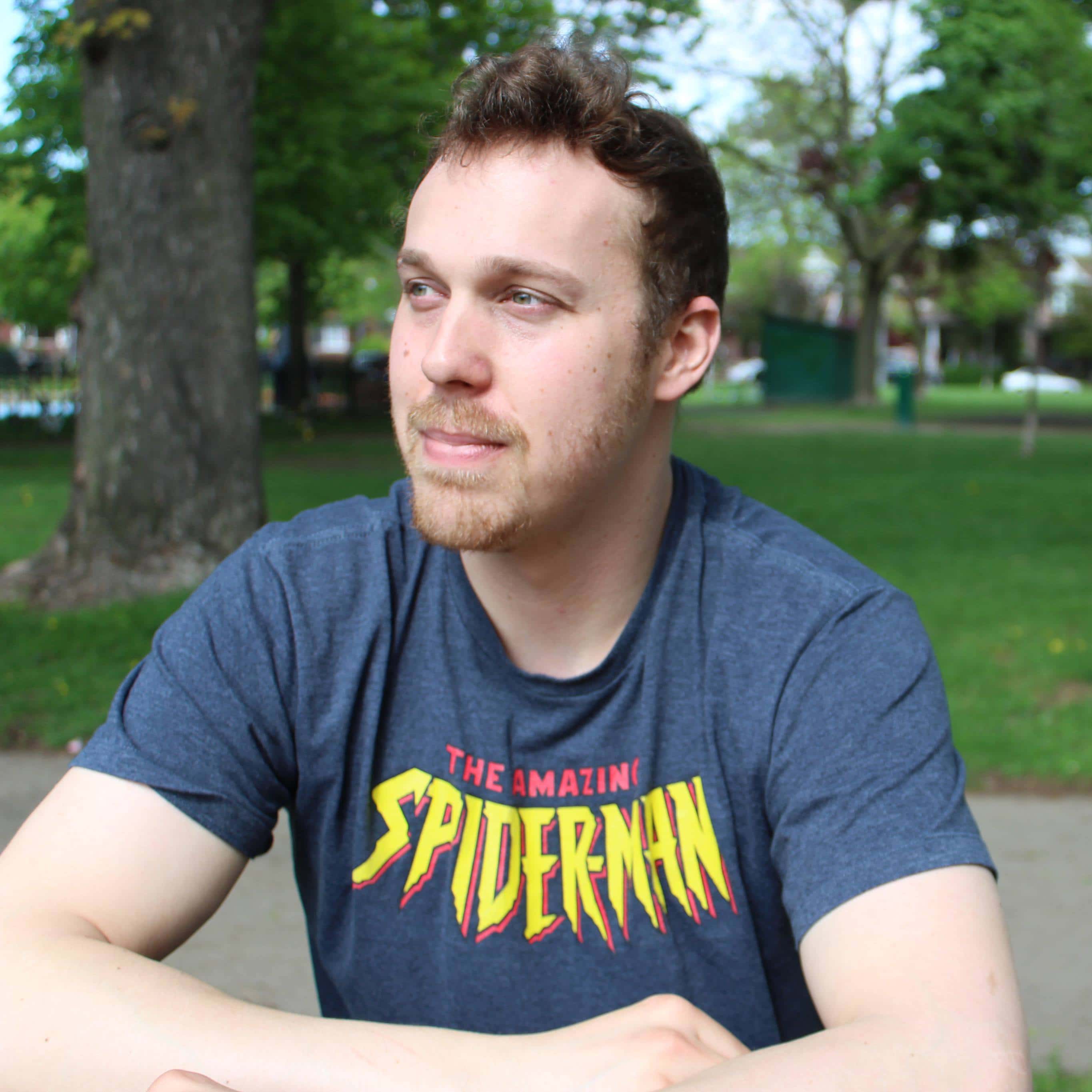 Dylan Fleury has a screenwriting diploma as well as a BA in Human Kinetics. One of these has helped with his writing career, while the other was pointless. In addition to freelance writing, he also writes scripts.