Steven Spielberg’s emotional sci-fi masterpiece, E.T., was a blockbuster hit when it premiered in 1982. Today, it still stands as a time-tested film that pulls on the heartstrings of adults and even new generations of movie-goers. Not only did the film impact the heart, but it also had a significant impact on pockets as well; E.T. was a cash cow. It spawned a pretty embarrassing video game, numerous action figures, an “Official” Fan Club, and caused a huge boom in Reese’s Pieces sales due to that famous scene.

Today, the movie is within the highest grossing films of all time, has been included in many “best films of all time” lists, and continues to be shown to this day. E.T. was one of the first in a long line of critically acclaimed Spielberg films. So, what else is unique about this film? Take a look below, because there is much to talk about when it comes to E.T.

23. When You Race Against Yourself

So, what film knocked off E.T. in 1993? Well, Spielberg outdid himself with another endearing classic, Jurassic Park, which stayed until Titanic knocked it off in 1997. That’s right, Spielberg had consecutive movies become the highest-grossing films in history, and was the undisputed King of Cinema for almost 15 years.

22. Portraying E.T. Was a Team Effort

Many individuals worked on bringing E.T. to life, but there are a couple of unique participants who deserve a shout out. As far as E.T.’s physical appearance, a 2’10″ tall stuntman performed puppetry, while the kitchen scenes utilized the talents of a  boy born without legs.

21. How Cigarettes Brought E.T. to Life

Pat Welsh, an elderly resident of California, provided the primary voice for E.T. Welsh smoked two packs of cigarettes a day to give E.T.’s voice the raspy grittiness his character called for. 16 other people and other animals, including raccoons, sea otters, and horses, were also used for various aspects of E.T.’s voice.

Spielberg was super busy in 1982. Not only was he working on E.T., but he also directed Poltergeist at the same time. The movies were meant to be mirrors of one another. E.T. represented “suburban dreams” while Poltergeist was symbolic for “suburban nightmares.”

19. Success Didn’t Translate to Every Medium

A blockbuster movie does not always lead to popularity in other mediums. The E.T. video game is infamous as one of the worst games of all time. The game was made for the Atari and was cited as a critical and commercial failure. In fact, the game was so poorly received that many copies were allegedly burned in a landfill. 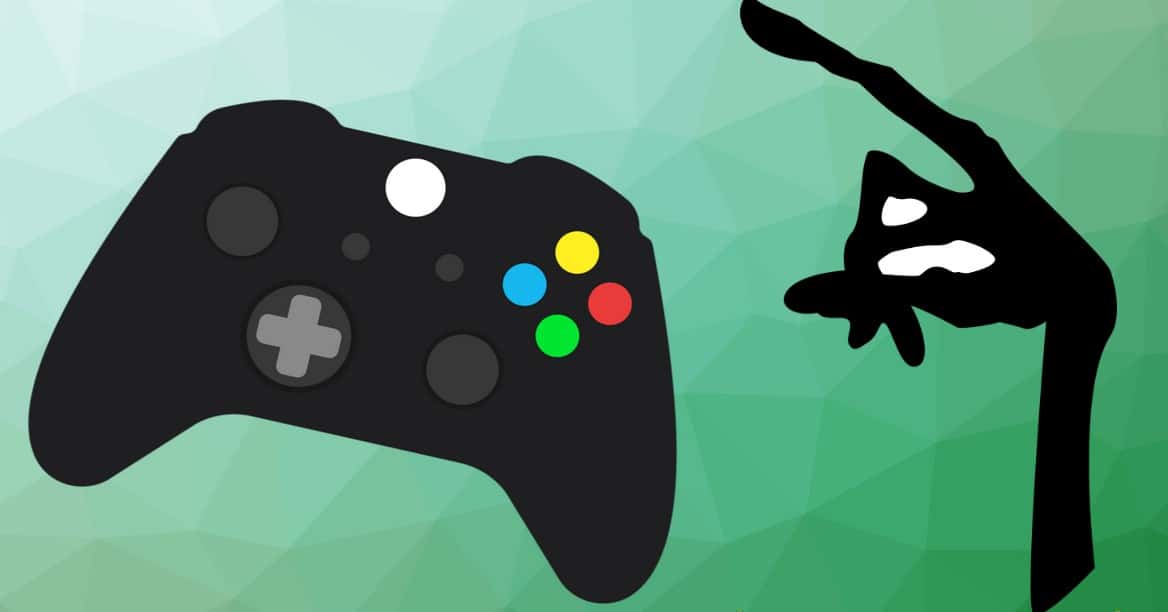 At this point, most moviegoers are aware that family-friendly moves typically come with their share of dark moments and personal trauma. Spielberg’s movies are no different. Divorce and absent fathers are commonplace for many of Spielberg’s movies, E.T. included.

17. A Tie to Another Sci-Fi Juggernaut?

There are many comparisons to be made between E.T. and Star Wars. They came out in roughly the same era, and both are critically acclaimed sci-fi movies. Star Wars’ popularity was not lost on Spielberg. During a Halloween scene in the film, a child can be seen wearing a Yoda costume. In the background of the scene, “Yoda’s Theme” can be heard. This occurrence is not by accident, as John Williams composed music for both films.

Spielberg didn’t want any details of the movie released before it entered theaters, so the famed director took some liberties in keeping things quiet. The graphic designers had no idea what E.T. looked like when they created the movie poster, as they only had Spielberg’s production notes to create the images.

Any skilled director knows they have to customize the filming experience when working with children. Spielberg had a smart strategy for pulling out the most authentic emotional response from the child actors in the film: He shot the movie in chronological order so the children would feel genuine sadness as they watched E.T. depart the planet in the last scenes.

14. A Mug Only a Mother Could Love

E.T. had quite a few inspirations for his facial features. His face was said to be a combination of elements from Carl Sandburg, Albert Einstein, and a pug.

The movie was meant to be kid-centric from the start. Spielberg shot most of the film at the eye-level of a child. Also, other than Elliott’s mother, no adult’s face is shown until the last half of the movie.

12. When the Emotion Gets Too Real

It can be challenging to become emotional on the spot. Many actors haven’t yet mastered it, but this tactic can be even harder for children. During his audition for Elliott, Henry Thomas thought of the death of his dog to express sadness. His audition so moved Spielberg that the director not only cried, he also hired Thomas on the spot.

Most famously, Spielberg originally approached the Mars company to get M&Ms used for the scene where E.T is lured in. However, Mars wouldn’t give away the rights, so Reese’s Pieces were used instead. I think we can all safely say that was their loss.

Today, it’s easy for fans to watch their favorite films, and there is no shortage of mediums to catch a movie or television show. This situation was not the case in the early 80s. Video cassette tapes were a new technological innovation that Spielberg was wary of accepting. Fans and execs alike had to beg the director to release the film for purchase on video cassette tapes; he eventually caved to these demands.

The crew that worked on E.T. used a lot of practical effects to pull off the sound and movements of the alien. One notable method the Foley artist John Roesch used was to cram a wet t-shirt with Jello to represent the sound of E.T. waddling throughout the movie.

8. The One Where Spielberg Pulls a George Lucas

In the early 2000s, Spielberg decided to enhance E.T. digitally and replace the guns of FBI agents in the film with walkie-talkies. He also replaced some scenes of E.T. as a puppet with a CGI model. During the promotion of the film Ready Player One, Spielberg expressed regret at doing this. He saw George Lucas digitally editing A New Hope and felt he should do the same. He then promised never to digitally enhance a past film in the future.

7. Everyone Could Use a Cheerleader in Their Life

Thomas’ parents originally thought his success in his role as Elliott was a fluke. They weren’t sure Thomas could have a full-fledged career in acting. His parents were so unsure of Thomas’ success that they did not have a desire to relocate to support his acting career. As a result, Thomas moved to New York himself to continue his career when he was still a teenager.

Currently, Thomas plays the role of Hugh Crain, the father of a family haunted by ghosts on the Netflix show The Haunting of Hill House. The writers on the show decided to throw in a special Easter egg to acknowledge Thomas’ famous role. In a scene where Hugh Crain’s young son, Luke Crain, is portrayed as a child, a vintage E.T. lunch box is laying in the corner. A subtle nod to an iconic role.

Everyone can remember the adorable Drew Barrymore and her precocious performance as Gertie. Unfortunately, all was not happy on the set for the child star. There was a point during filming where Barrymore kept forgetting her lines. In annoyance and frustration, Spielberg yelled at her. Later on, the director found out she was running a high fever and that this was likely the reason she could not focus on her lines. He quickly apologized, hugged her, and sent her home for rest.

Spielberg wanted to make the experience of Elliott and E.T.’s friendship as authentic as possible. He took many steps to make audiences feel that this scenario could really happen to them. One scene where this attention to detail is on full display is when E.T. is taken to the hospital. The medical staff are real emergency room personnel, and treat E.T. in the same way that they would a typical patient. It doesn’t get more real than that.

3. A Little White Lie Led to a Key Casting

Drew Barrymore originally auditioned for Poltergeist before taking the role of Gertie in E.T. Spielberg didn’t think the little girl was right for the part, so he didn’t cast her in the horror movie. At this first audition, Barrymore confesses that she outright lied to the famed director. “I told him I was in a rock and roll band—that I was a drummer of course. Because drummers are the coolest.” She later said, “I felt like I had him in my butterfly net.” Despite these whoppers, Barrymore stood out in Spielberg’s memory, and he kept her in mind for Gertie. The rest, as they say, is history.

In the movie, there aren’t many references to E.T.’s background. His gender and age are left up to interpretation. During an interview, Spielberg was a little more explicit about E.T.’s identity. He said that E.T. was plant-like, and thus neither male nor female. Furthermore, the novelization of the film revealed the alien to be over 10 million years old. So…he was basically a tree.

Satyajit Ray, a famous Indian director, accused Spielberg and the studio he worked with for plagiarizing E.T. and taking the story from his script entitled The Alien. He wrote the story in the late 60s and found collaborators to help promote the film to Columbia studios. The studio never adapted the script to film, but accusations have always flown regarding the similarities between Ray’s script and E.T. Spielberg has always denied having access to Ray’s story.